Denmark: Cooking Around the World Adventure 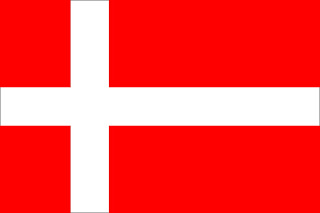 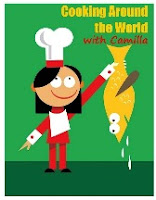 And that's a wrap. I told the boys we were doing a series of Danish dishes in honor of our favorite Danes - Rikke, Ulla, Danya, and Stella - during our cooking around the world adventure. So after three dinners and a breakfast, I think they're ready to move on to our next country.

Here's the Danish round-up... (click on the recipe titles to go to the recipe and original post) 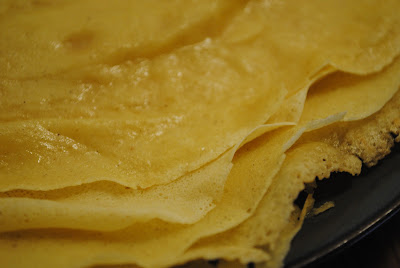 These delicate pancakes are scented with cardamom and I received the best compliment ever when I made them: "Mom, these taste just like Danya and Ms. Ulla's!" That is high praise from my 10-year-old. 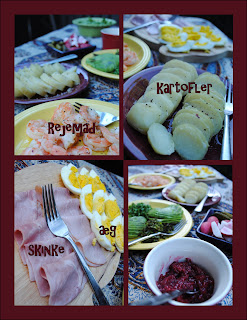 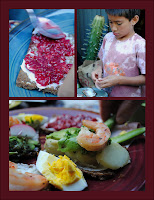 Though this is traditionally a mid-day meal for the Danes, we ate them for dinner, outside on a warm summer's evening...and loved them! I had initially thought to pre-make the smørrebrød, then I realized it would be more fun to unleash the boys' creative palates. So they slathered rhubarb-raspberry jam on top of the buttered rye breads, topped them with potatoes, ham, hardboiled eggs, shrimp, avocados and more. Delicious!

Dylan was my kitchen elf on this one and did a great job, from stuffing and lacing the pork tenderloin to gently shaking the pan to get the caramel all over the potatoes, I think he would have made his Zia Rikke proud. 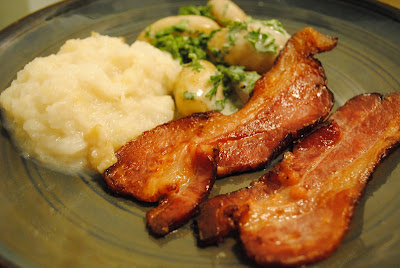 What I didn't realize was that, though I saw a translation of this dish as "roasted bacon" it's traditionally an unsmoked bacon. Maybe cuts of pork belly. I'm not sure. I had applewood smoked bacon in my fridge, so that's what I use. I served it with fingerling potatoes in a creamy parsley sauce along with mashed turnips.
I hope you enjoyed our Danish series. We're off to Africa next!