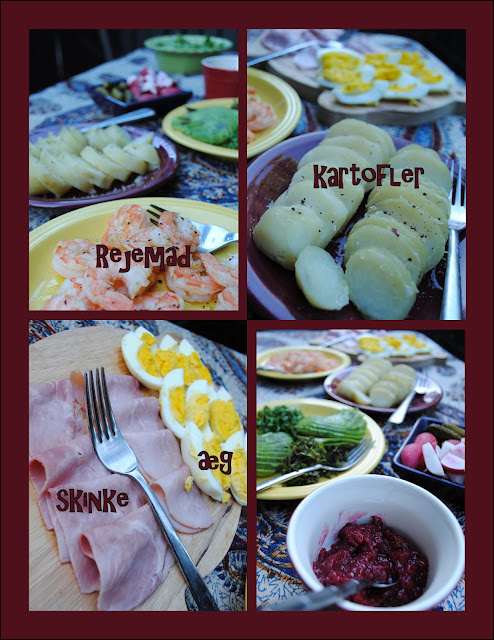 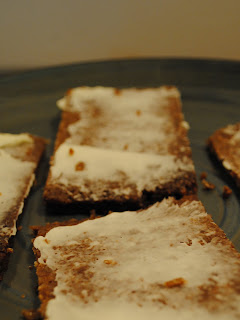 Smørrebrød means 'buttered bread' in Danish and refers to traditional open-face sandwiches with a myriad combination of toppings that are presented atop slices of dark Danish rye bread (rugbrød) and washed down with a crisp, cold lager beer (øl). I found a nice long list of traditional smørrebrød and started with the bread and butter...

I had initially thought to pre-make the smørrebrød, then I realized it would be more fun to unleash the boys' creative palates. 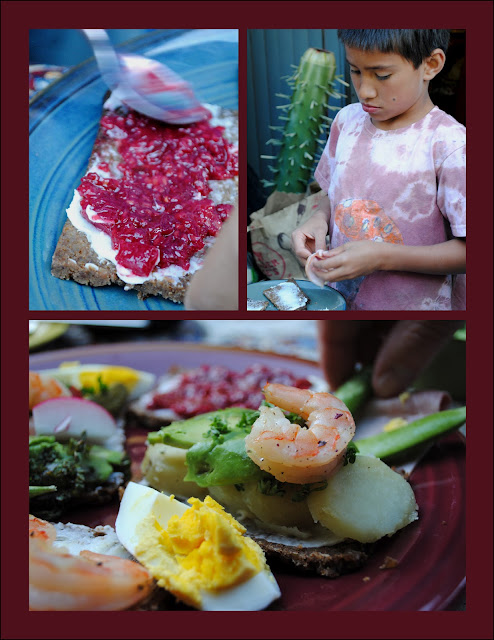 And, this concludes our Danish Cooking Around the World Adventure. We're off to Djibouti next.
Posted by Camilla M. Mann at 11:02 PM