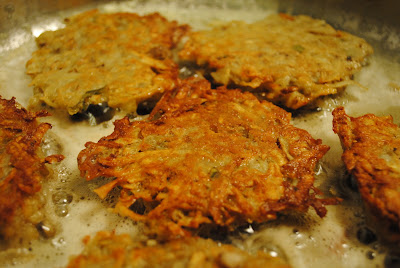 Though my little one looked at these and declared, " I love hash browns!" these are actually Bramboracky Czech savory potato pancakes. Traditionally seasoned with marjoram, I had a bunch of fresh oregano and used that instead. Riley, on the other hand, doesn't care for latkes, so I figured that if I had him make the bramboracky, he would eat them. Good bet. It worked like a charm. He ate two!

Coarsely grate the potatoes, squeezing out as much liquid as you can. Transfer the shredded potatoes to a mixing bowl. Stir in seasonings. 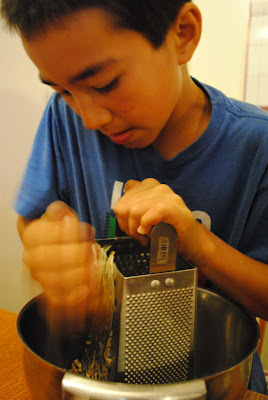 Beat the eggs with the milk. Add the egg mixture to the potatoes and stir well to combine. 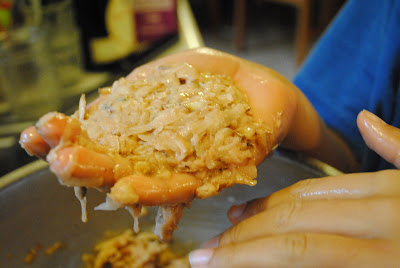 Heat the butter and oil in a skillet over medium heat; the oil should be about 1/4-inch deep. Form handfuls of the mixture into balls, flattening them slightly. Fry the pancake until golden brown, about 5 minutes on each side. Drain on paper towels. 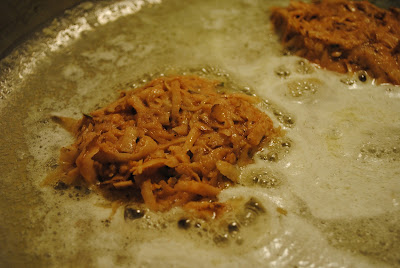