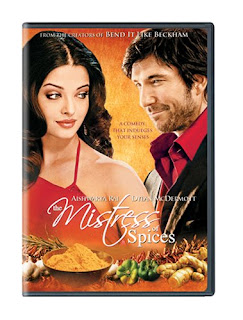 Here we go. Here are all of the submissions for the June Food'N'Flix event where I selected Mistress of Spices as our inspiration and starting point.

Black Pepper Chicken
Elizabeth, from The Law Student's Cookbook, whipped up a Black Pepper Chicken that showcases black peppercorns. They used to be known as “black-gold” and were used as a form of money. I love learning tidbits of information such as that and I know that I would love this dish! 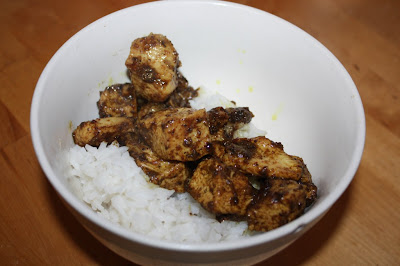 Cocoa Rubbed Fish with Coconut Chutney
As for me, I wanted to use turmeric. I created a dry rub for fish and served it with a coconut chutney. Turmeric has a warm, bitter taste and is frequently used to flavor or color curry powders, mustards, butters, and cheeses. Fragrant and sweet with a little bit of heat, this was a fun, summer dinner. I might just have to do something with fenugreek on a Tuesday or fennel on a Wednesday! 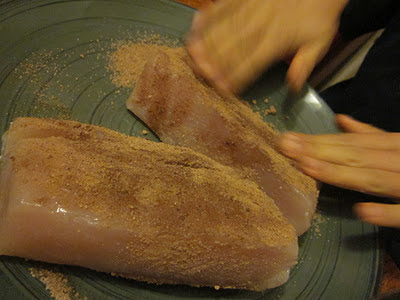 Native American Sweet Meat Or Tofu Balls
Malice, from Malice in Dunderland, rolled some tofu and blueberry "meat"balls that were seasoned with cinnamon and ginger. The combination of a meaty texture with the sweetness of fruit sounds very intriguing. I might have to give this a go for a red-white-and-blue brunch I'm cooking for my friend's 3-year-old. Thanks for the inspiration, Malice. 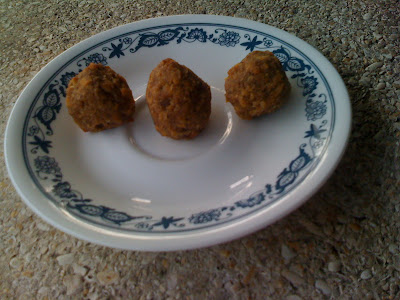 Deb, from Kalahari Kitchen, adapted a recipe from Padma Lakshmi's Easy Exotic. She's come a long way since playing Geeta, a first generation teenager sandwiched between the cultures of her country and the country of her parents and grandparents. Deb, this looks so fragrant. I have put it on my to-cook list. 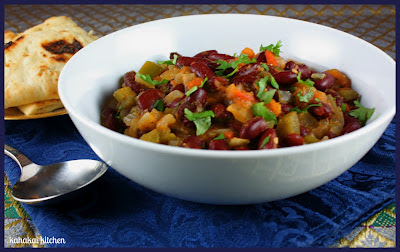 A Trio of Tropical Pops

Heather, of girlichef, on whom I really do have a girlicrush, outdid herself - and all of us - with a trio of tropical pops: creamy coconut with vanilla, tangy pineapple with lime and chiles, and roasted banana with cinnamon. Wow, Heather! 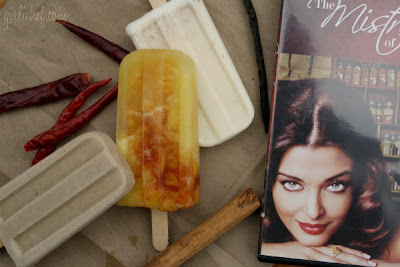 Debra, from Eliot's Eats, browned and ground her own garam masala (a positively amazing spice blend of coriander seeds, cumin seeds, cardamom seeds, brown mustard seends, fenugreek seeds, cloves, cinnamon, and black peppercorn) for a grilled flank steak creation that really had me wanting to stick a fork into my monitor. 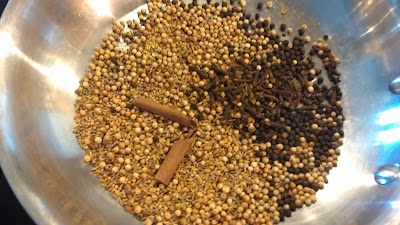 And finally we have...

Glennis, of Can't Believe We Ate, sent in her Mistress of Spices Inspired Breast of Chicken in the final hour. And I am so glad that she did. Since she forgot to take photos, I might just have to cook this up to see it for myself. But, even sight unseen, it sounds delicious!

Very grateful to all who participated in my Food'N'Flix event. You are all mistresses of spice in my book.
~Camilla, Culinary Adventure with Camilla

P.S. If you'd like to join the fun for next month, we're watching - and cooking - Because I Said So. Heather at girlichef is hosting.