By Camilla M. Mann October 02, 2012
For day two of October #Unprocessed, I made some steel cut oats while I squeezed in a workout before the rest of my household began to stir. Then I served it up with roasted figs, cinnamon, nutmeg, and molasses. Here was my thinking: maple syrup is on the approved sweetener list; molasses is darker, that must be better for you, right? Like wheat bread versus white bread. Like brown rice versus white rice. Right?!? Wrong. Dead wrong. 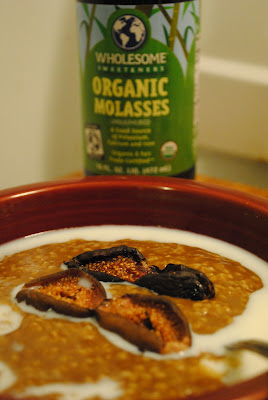 Well, here's what I learned this morning: molasses is the epitome of processed; it's the byproduct of processing sugar cane or sugar beets into that glossy, white sugar that is to be avoided. Great! I'm still giving myself a pass for good intentions. I was completely misguided, but at least I know something now that I didn't know before this morning.

A brief history of molasses, paraphrased from madehow.com...

Molasses, from the Latin word melaceres, means "honey-like." And it's a thick dark syrup that is a byproduct of refining sugar, resulting when sugar is crystallized out of sugar cane or sugar beet juice.

People in India began pressing cane as early as 500 B.C. But it wasn't until the Middle Ages that Arab invaders brought the process to Europe. Then Christopher Columbus brought sugar cane to the West Indies. From there, molasses figured prominently in the slave trade routes of the late 1800s - English rum was sold to slave traders in Africa who trafficked people from the West Indies and West Indian molasses made its way back to England. 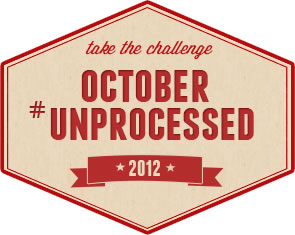 Sugar beets contain approximately 15 teaspoons per beet root. And because they are more tolerant to cold and the tops can used for cattle feed, beets began to replace sugar cane as the source for producing sugar. Whether the base is sugar cane or beets, the extraction and refining process of sugar results in a byproduct from the circular path of washing and heating the cane and beets with hot water. Voila molasses! That will no longer be on my "unprocessed" foods list. Live and learn.