Bacon in My Beer and Shrouded in Chocolate

By Camilla M. Mann October 07, 2012
One of the many things I love about my boys: their adventurous palates! And at the 2012 Sausagefest, they were fearless. We had bacon in our beer and bacon shrouded in chocolate, four ways. 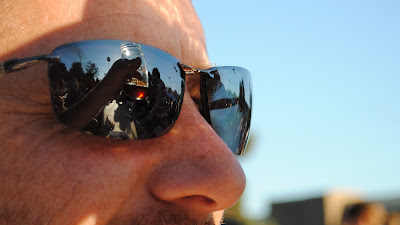 And for the entire family's bacon fix: chocolate-covered bacon from Marini's Candies! They start with hickory-smoked bacon, cook it in the oven until it's golden and crispy, then they smother it in chocolate. We couldn't decide on which one to try, so we bought all four varieties. The favorites for the smalls: bacon + chocolate + maple. Jake and I liked the bacon + chocolate + a whisper of ghost chile. Truly unparalleled. 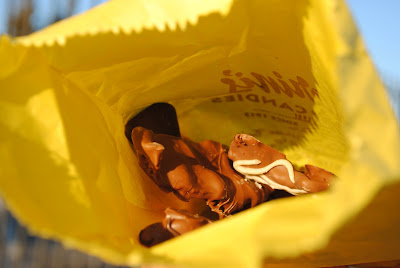 And though I didn't try it, Marini's also had brownies draped in a chocolate ganache topped with crumbled bacon. O. M. G.