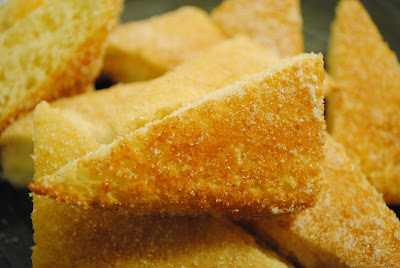 Mandazi - also known as Maandazi or Ndao, sometimes called Mahamri or Mamri - are, basically,  East African donuts. You can find them in large urban areas and also among the Swahili people of East Africa. Most small restaurants, called hotelis in Kenya, serve mandazi as a breakfast or a snack. You can also find them being sold by street vendors. Usually mandazi are eaten with chai, spiced tea, or coffee. 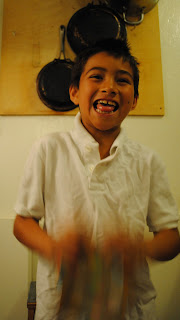 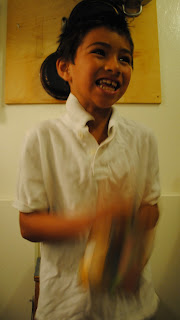 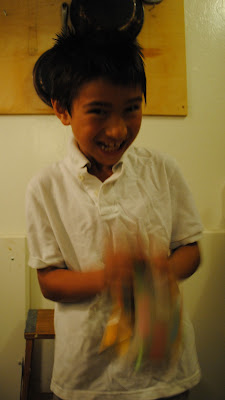 D had a great time shaking the finished mandazi in a bag filled with sugar. It was the perfect activity to get his early morning energy out. One more note, these are typically fried. I decided to bake them in a butter pan instead.


Procedure
Mix all the ingredients together, adding more flour if necessary. The dough should be soft, but not sticky. Turn dough into a buttered dish and bake at 350 degrees for 20 minutes, or until the dough is risen and slightly golden. Invert onto a cutting board and cut into triangles. Place granulated sugar in a bag, put three or four mandazi in the bag at a time and shake to coat. Serve warm.

Kenyan Coffee
Despite its proximity to Ethiopia, from where coffee is said to have originated, coffee was not cultivated in Kenya until the late 19th century when French missionaries introduced coffee trees from Reunion Island. The mission farms near Nairobi, Kenya's capital, became the hub around which Kenyan coffee production grew. Kenya's coffee industry is known for its cooperative system of production, processing, milling, marketing, and auctioning coffee. Almost three-quarters of Kenyan coffee is produced by small scale holders. And it is estimated that six million Kenyans are employed directly or indirectly in the coffee industry. The major coffee growing regions in Kenya are the High Plateaus around Mt. Kenya, the Aberdare Range, Kisii, Nyanza, Bungoma, Nakuru and Kericho where the elevation and acidic soil provide excellent conditions for growing coffee plants. Coffee from Kenya is of the 'mild arabica' type and is well known for its intense flavor, full body, and pleasant aroma. I was pleasantly surprised to discover that I actually had a bag of Peet's Coffee Kenya Auction Lot in the house. Hooray!