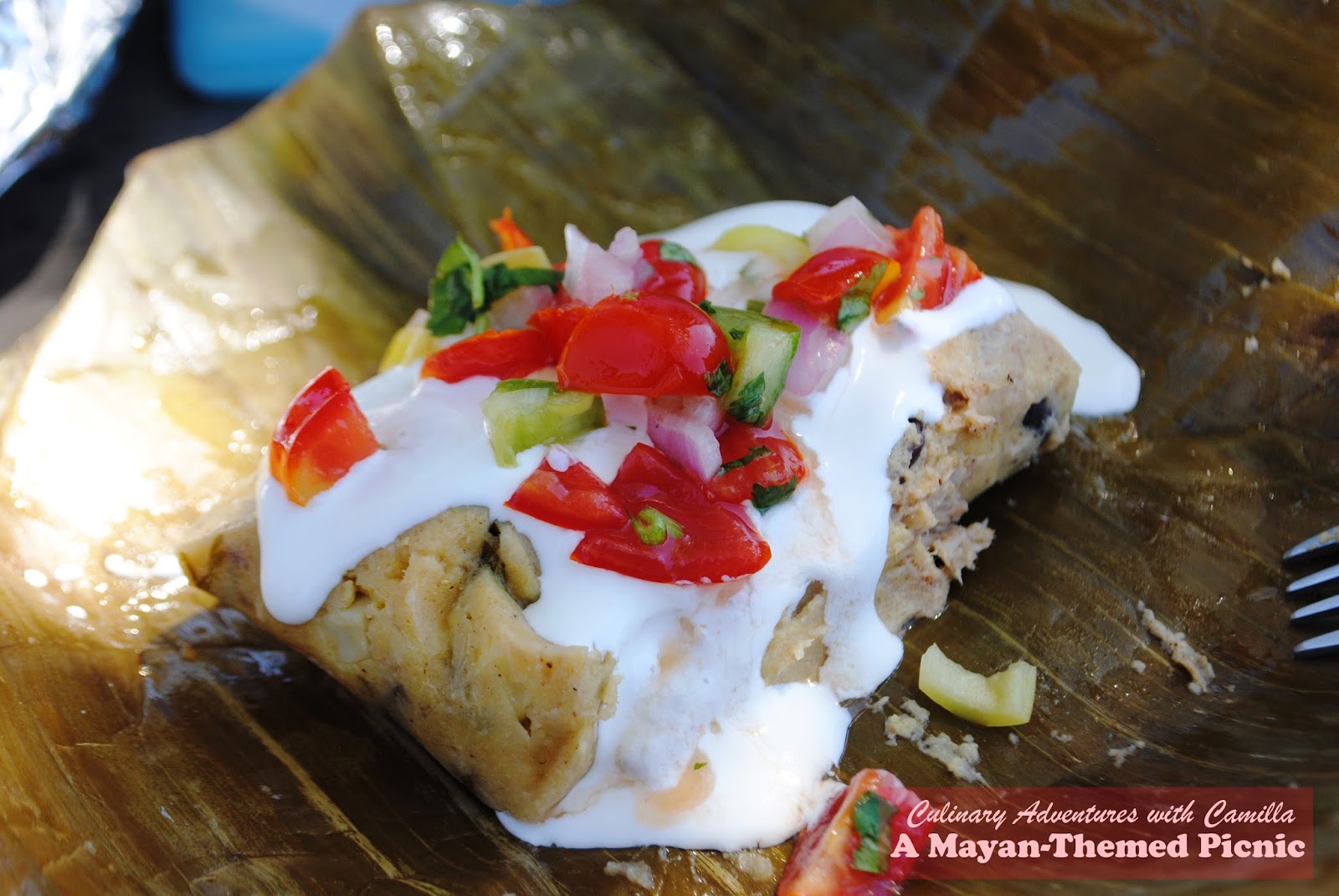 I wanted to do a tamale with a Poc Chuc feel to it for our Pre-Popul Vuh Picnic. Poc Chuc is a traditional dish from the Yucatán peninsula in Mexico, the home of the Mayans. Nacatamales are from Honduras. But we love how steaming them in banana leaves imparts a smoky flavor.

Poc chuc is made up of two Mayan words: poc which means 'to toast', especially on hot embers, and chuc which is 'charcoal.' Traditionally it's made with pork; Poc chuc, the way the Mayans did it, was a means of preservation. Wild pig was pounded to tenderize the meat and, then, cured with a salt brine and sour orange juice. It could last in the salt for months, then, it was roasted over an open fire. I opted to braise ours instead. And since I couldn't find any sour oranges, I mixed orange juice and lime juice. 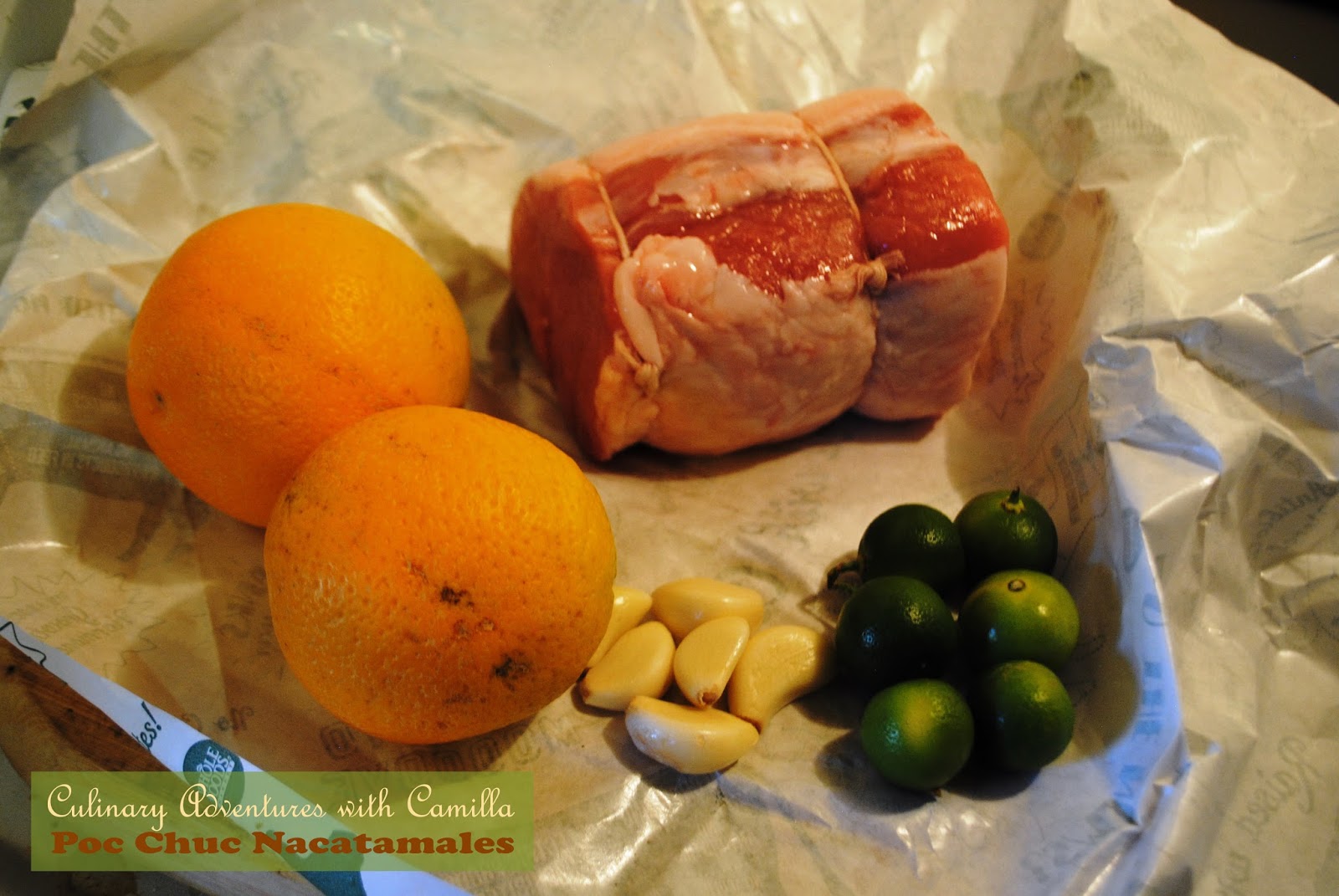 Read this recipe all the way to the bottom before making your shopping list. There are two parts!
This made 2 dozen nacatamales.


Procedure
Bring all of the ingredients - except salt and pepper - to a boil in a large, flat-bottom pot. Reduce heat, cover, and simmer, stirring occasionally, until pork is fork-tender, approximately an hour. 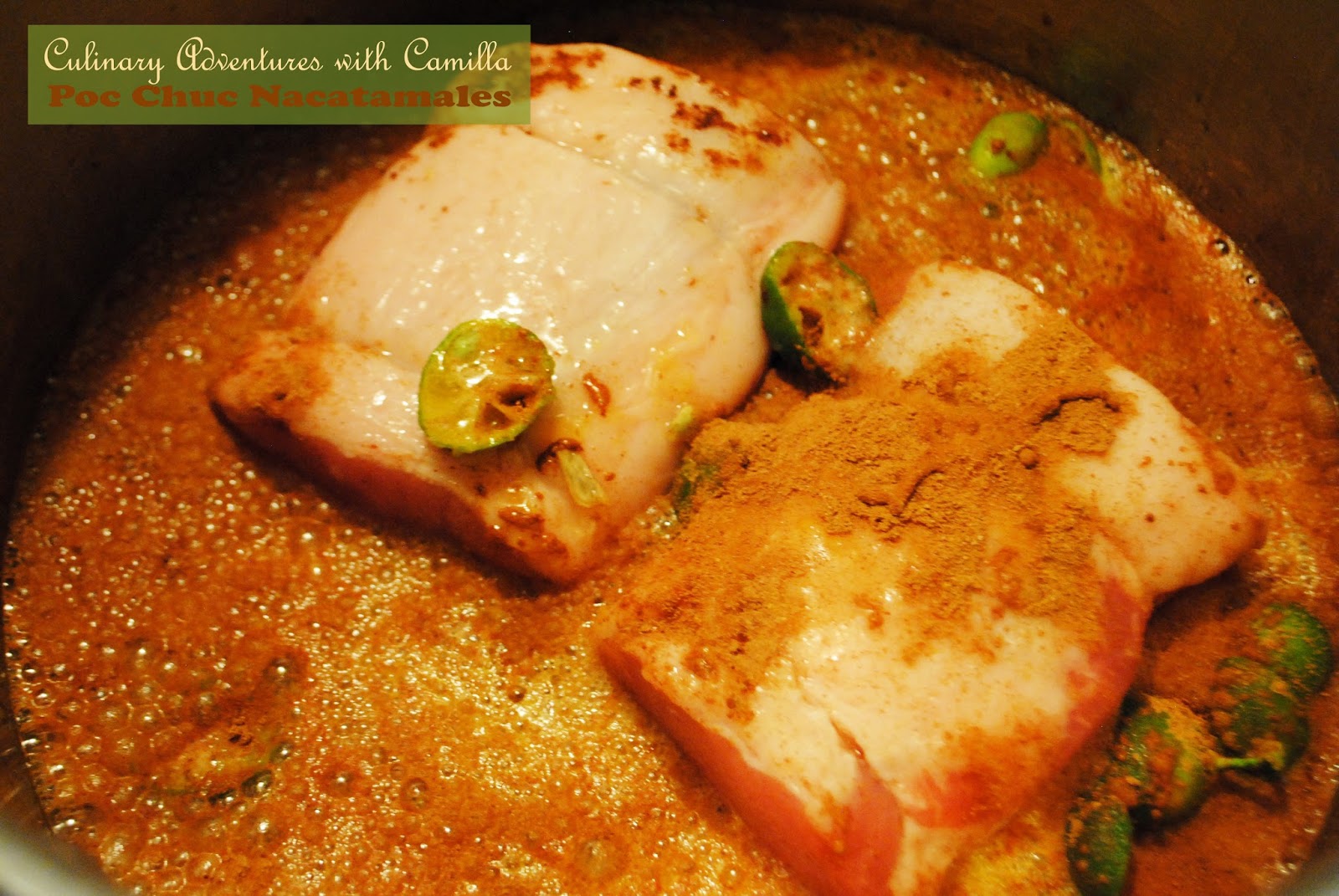 Uncover pork; simmer until liquid evaporates and pork begins to brown, approximately half an hour. Continue to cook, for another 10 minutes, until the pork is nicely browned. Shred pork with a fork. 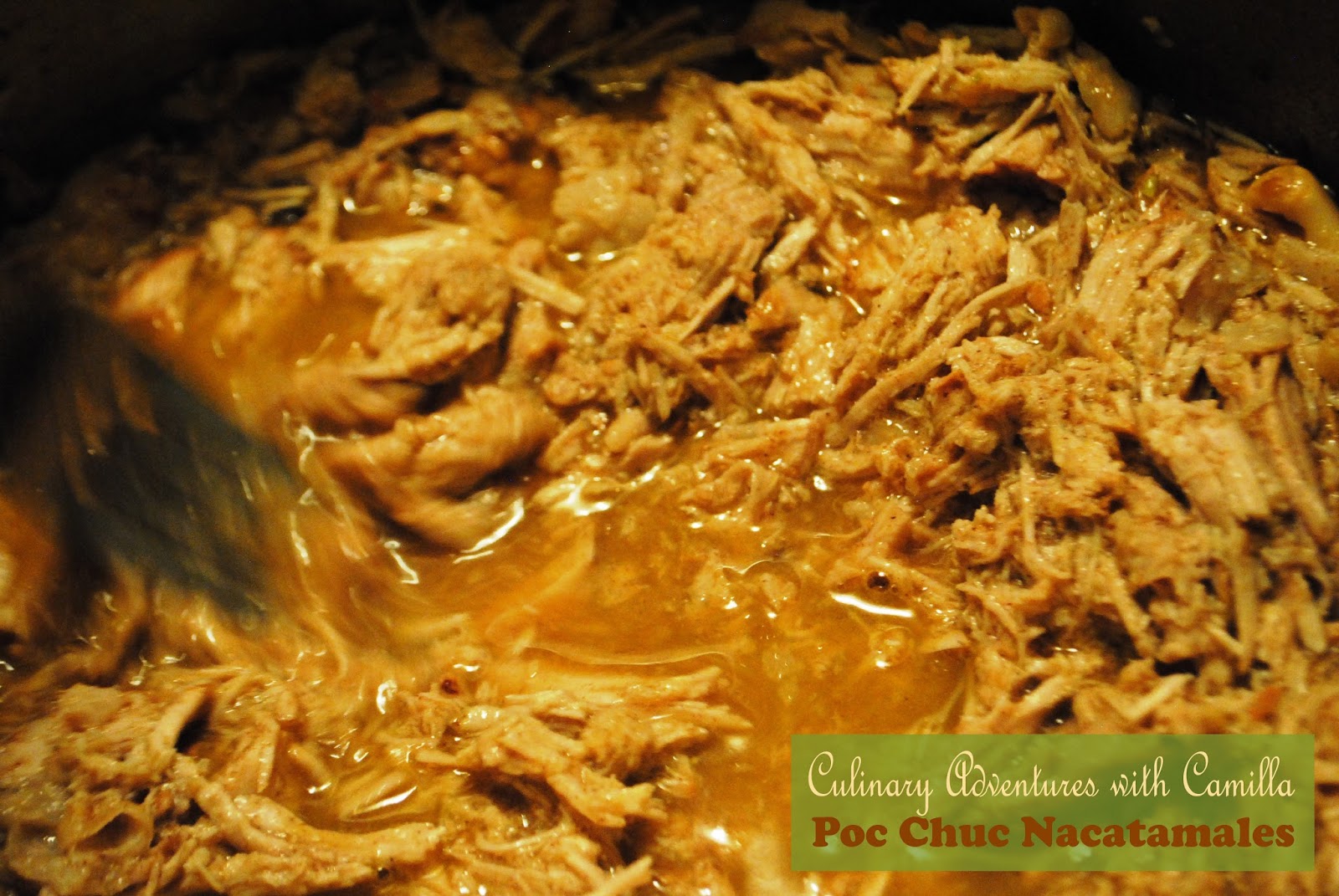 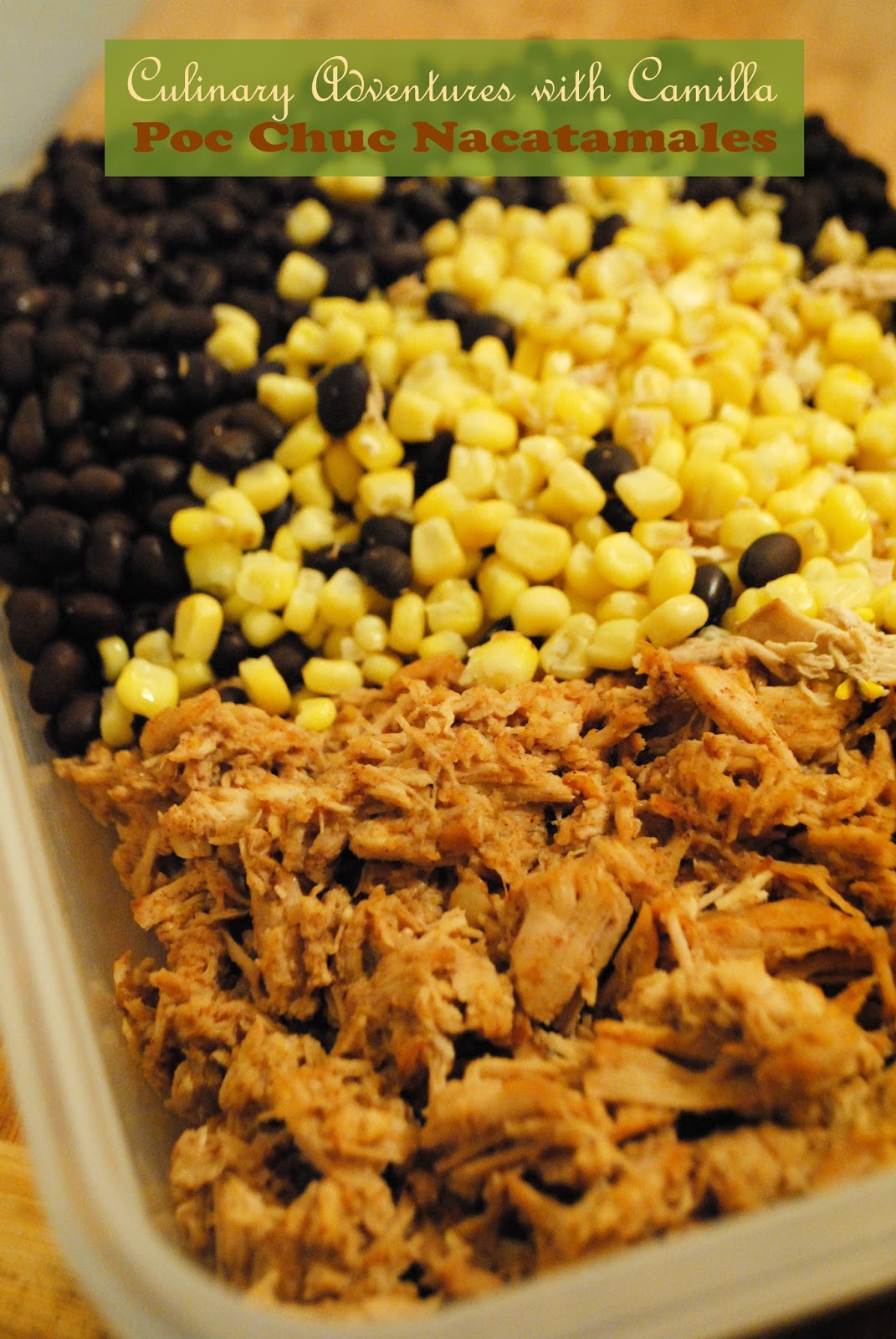 
Procedure
For the masa: Mix the first five ingredients together in a bowl and stir till it comes together into a ball. Cover and let rest for 30 minutes. 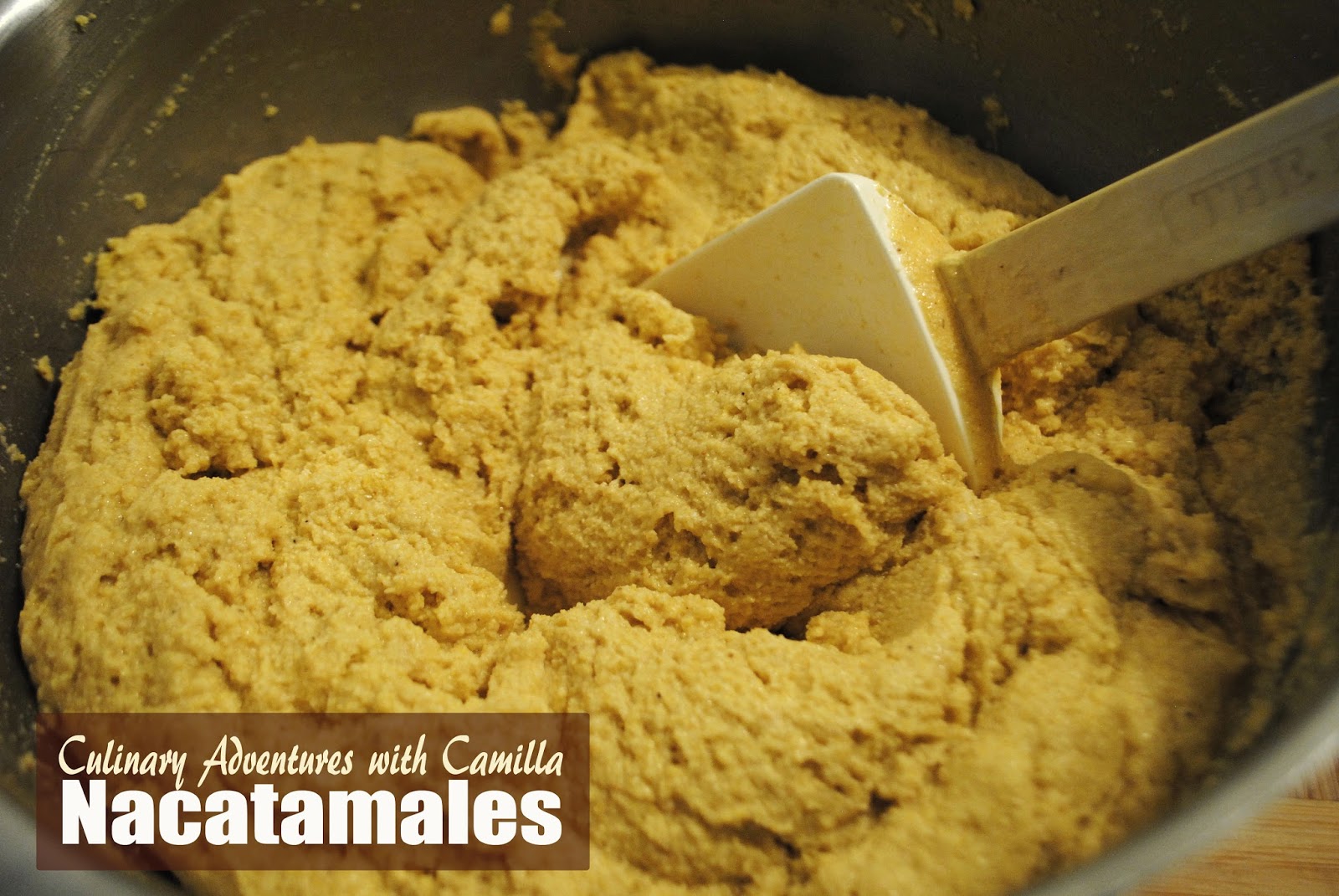 For the filling: Fold the meat mixture, onions, corn kernels, black beans, and fresh cilantro into the masa to form the filling. 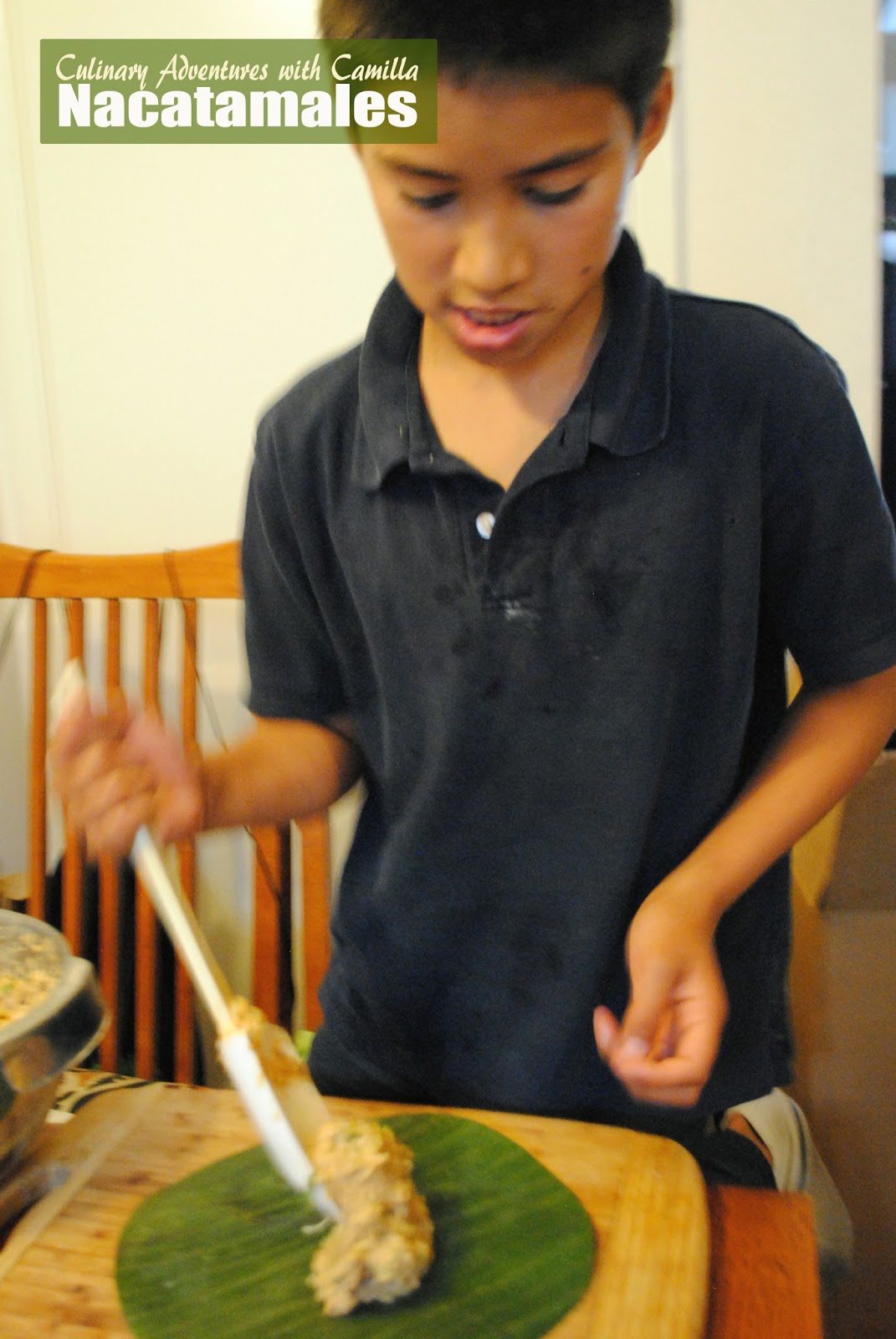 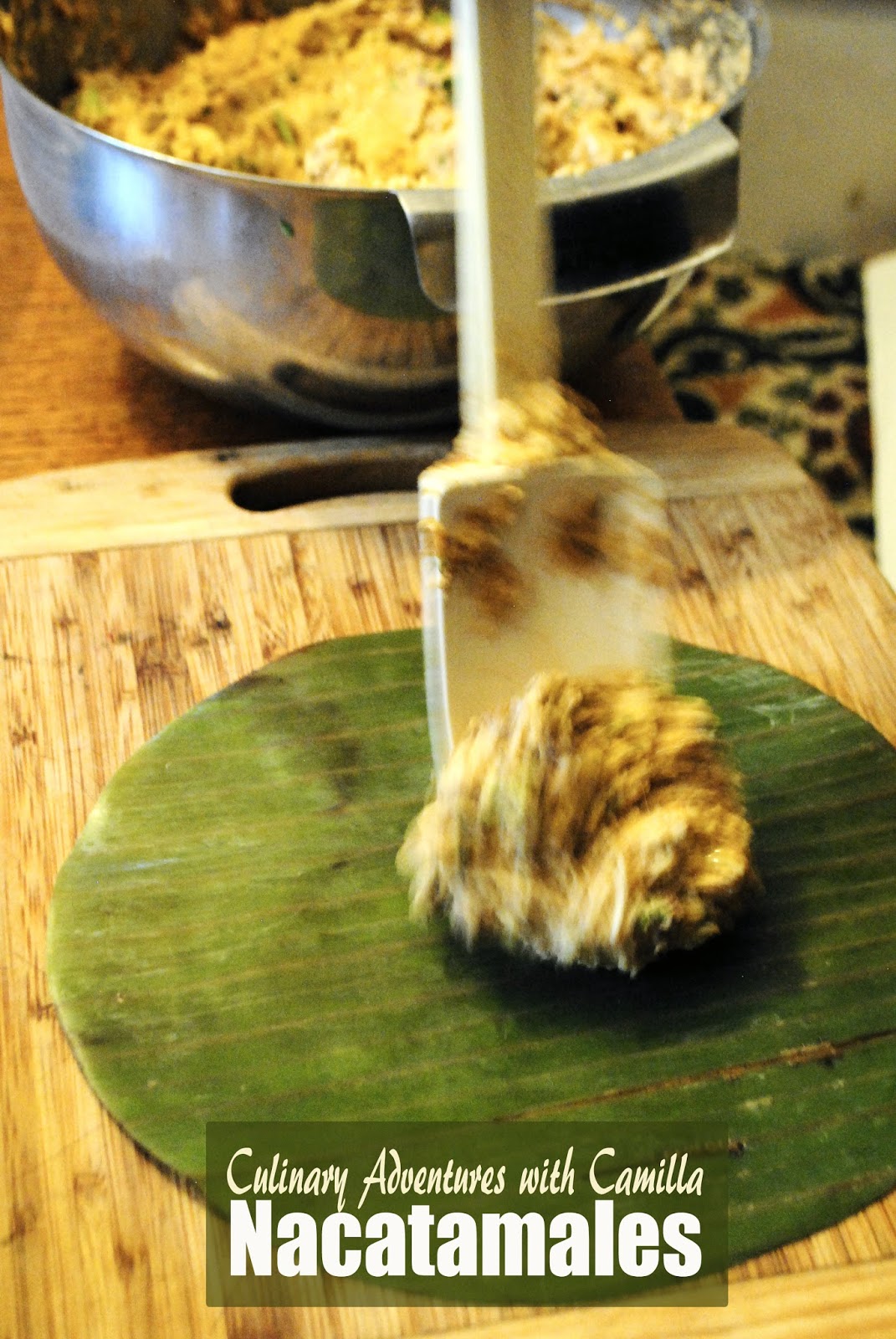 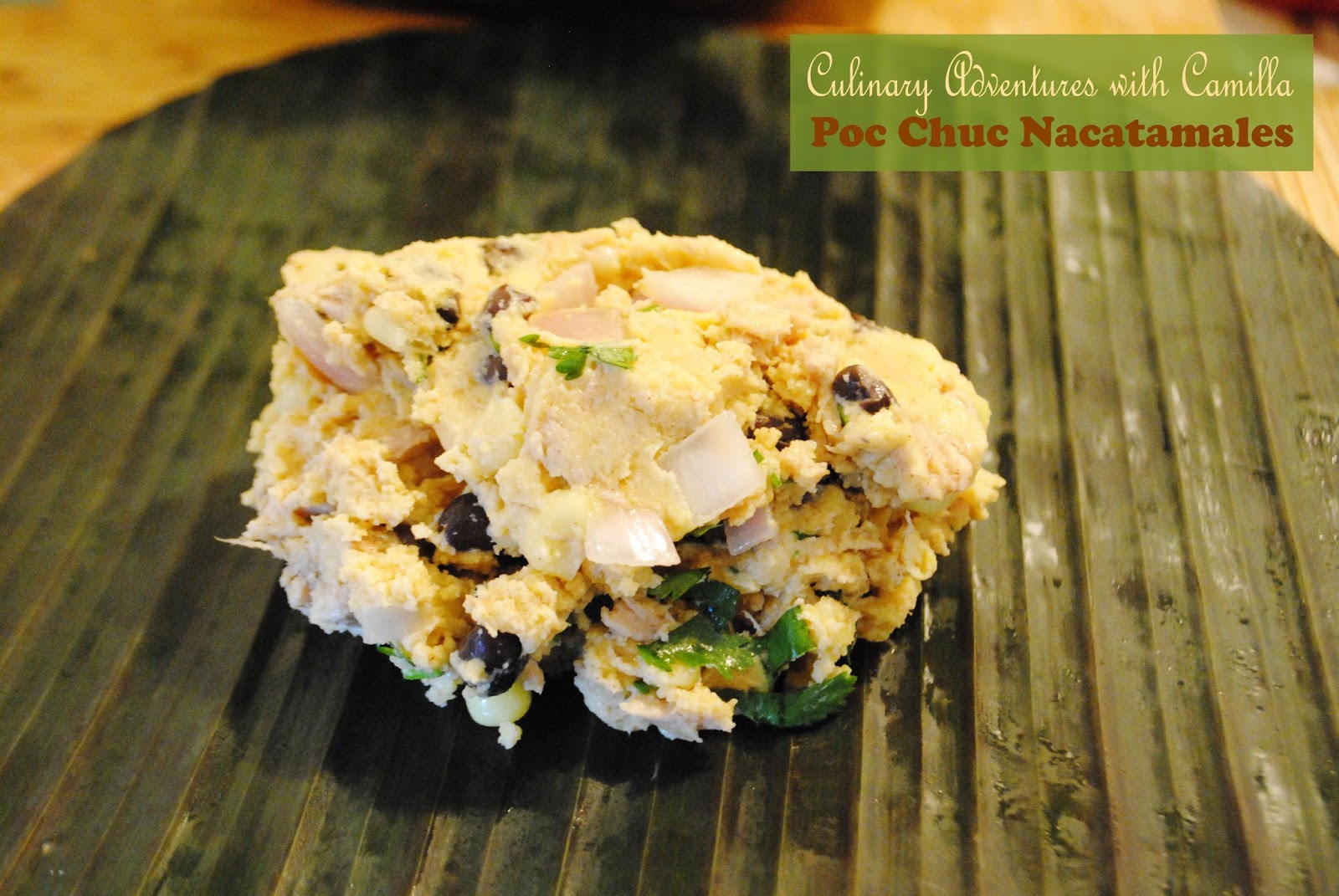 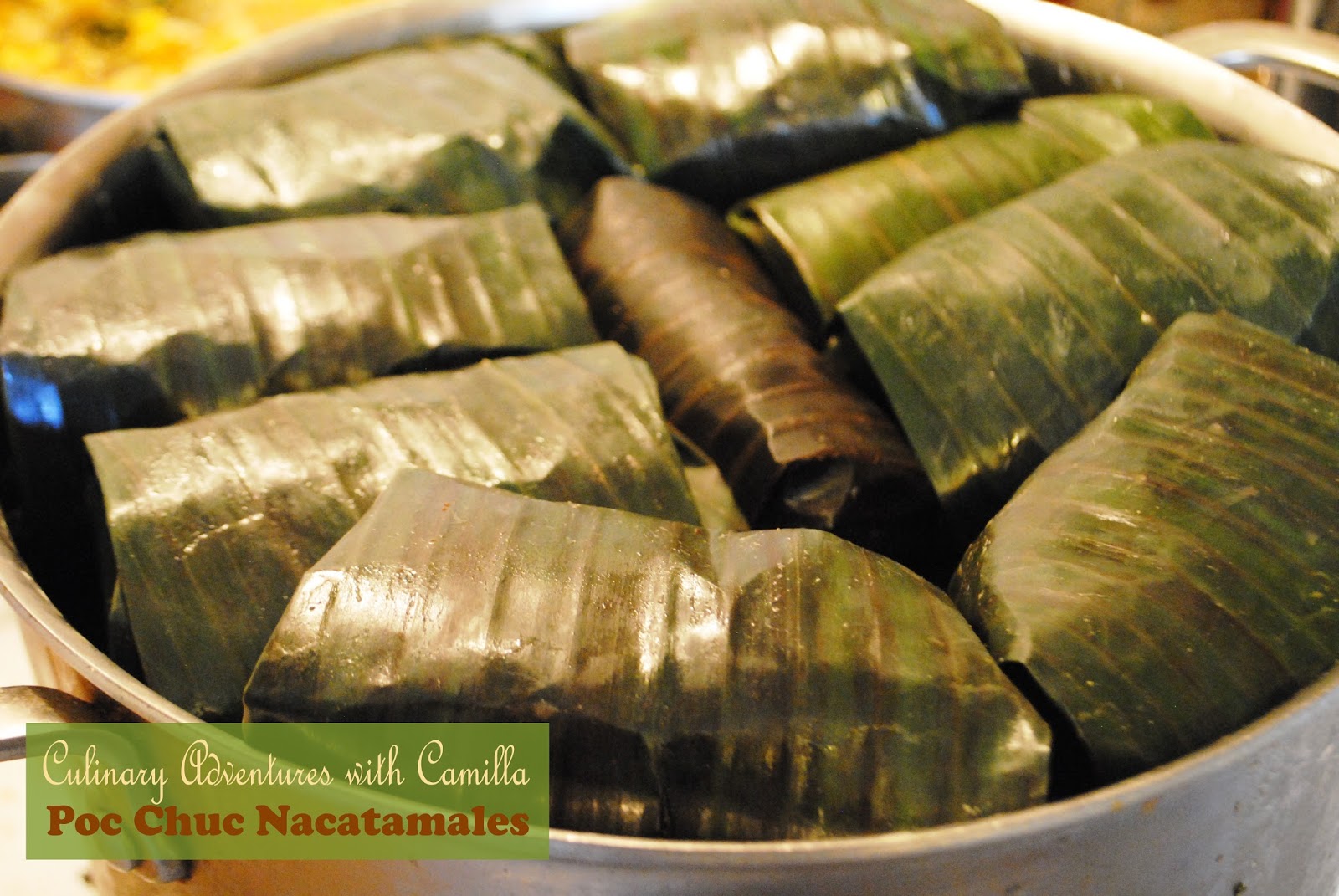 Each diner opens the banana leaf of his or her own nacatamal before eating. Garnish with the crema and fresh salsa.