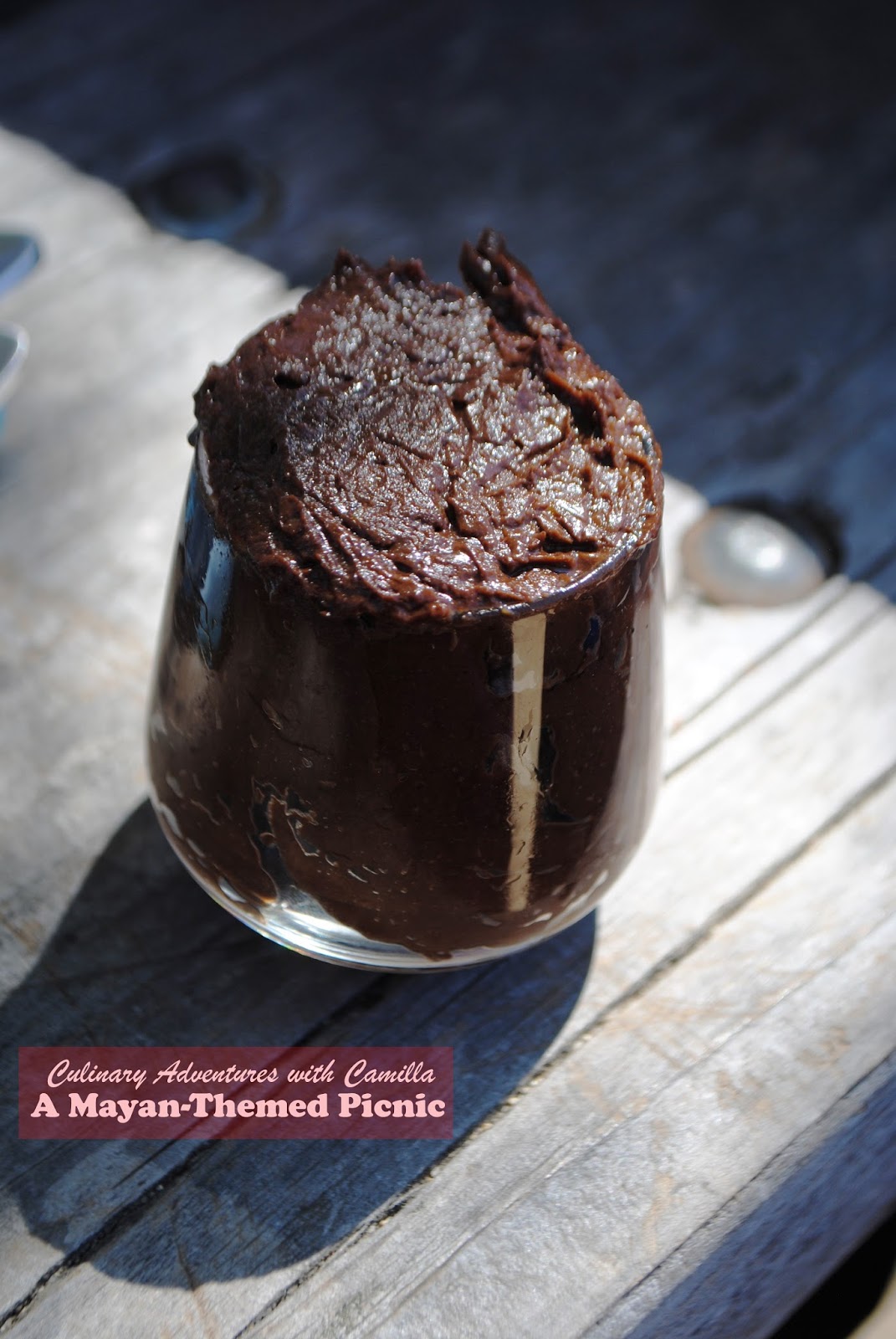 To end our Pre-Popul Vuh Picnic, I had to make something with chocolate.

The Ancient Maya noted that the cacao tree - ka'kau - was the only tree worth naming. They believed that the tree was from the gods and that the pods were the god's gifts to humans. Mayan chocolate is mentioned in the hieroglyphics and depicted on their and religious implements and architectural structures.The Mayan verb chokola'j means "to drink chocolate together."

Mayan texts describe a drink made from chocolate, but it ran the gamut from a smooth drink to a rustic porridge made with corn meal. Pictures on different artifacts show cocoa being poured from one vessel to another to produce froth. Spices, such as chilis, were also added to the chocolate mixture.

Here's a photo of Quetzalcoatl, the plumed serpent, in el Teatro Campesino's production Popul Vuh: Heart of Heaven. R remembered that, according to Mayan legend, Quetzalcoatl gave the people chocolate - or the cacao bean. 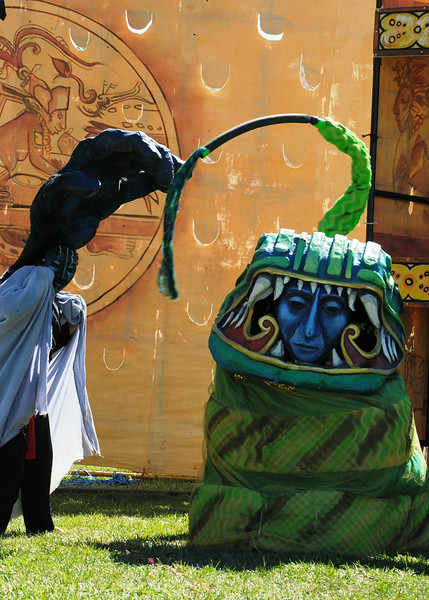 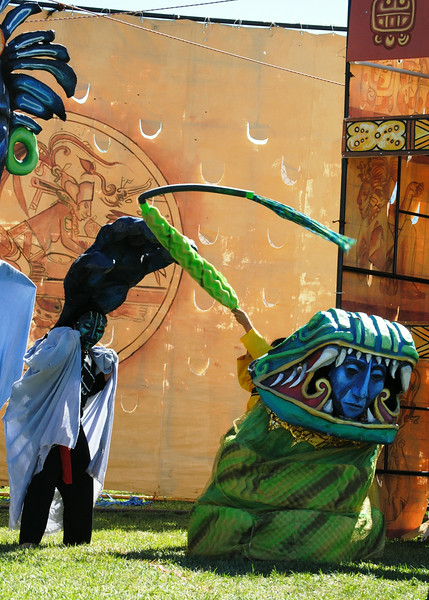 I chose to make an avocado based mousse since avocados flourish in the Yucatán peninsula. I stirred in some ricotta cheese for added depth and texture. Quetzalcoatl...thank you for chocolate! We are eternally grateful.


Procedure
Cube the avocados and place them in a blender. Do this in two batches if you need to. Add in all of the ingredients and blend till smooth. Spoon into teeny, tiny serving cups - this is potent! - and refrigerate until ready to serve.