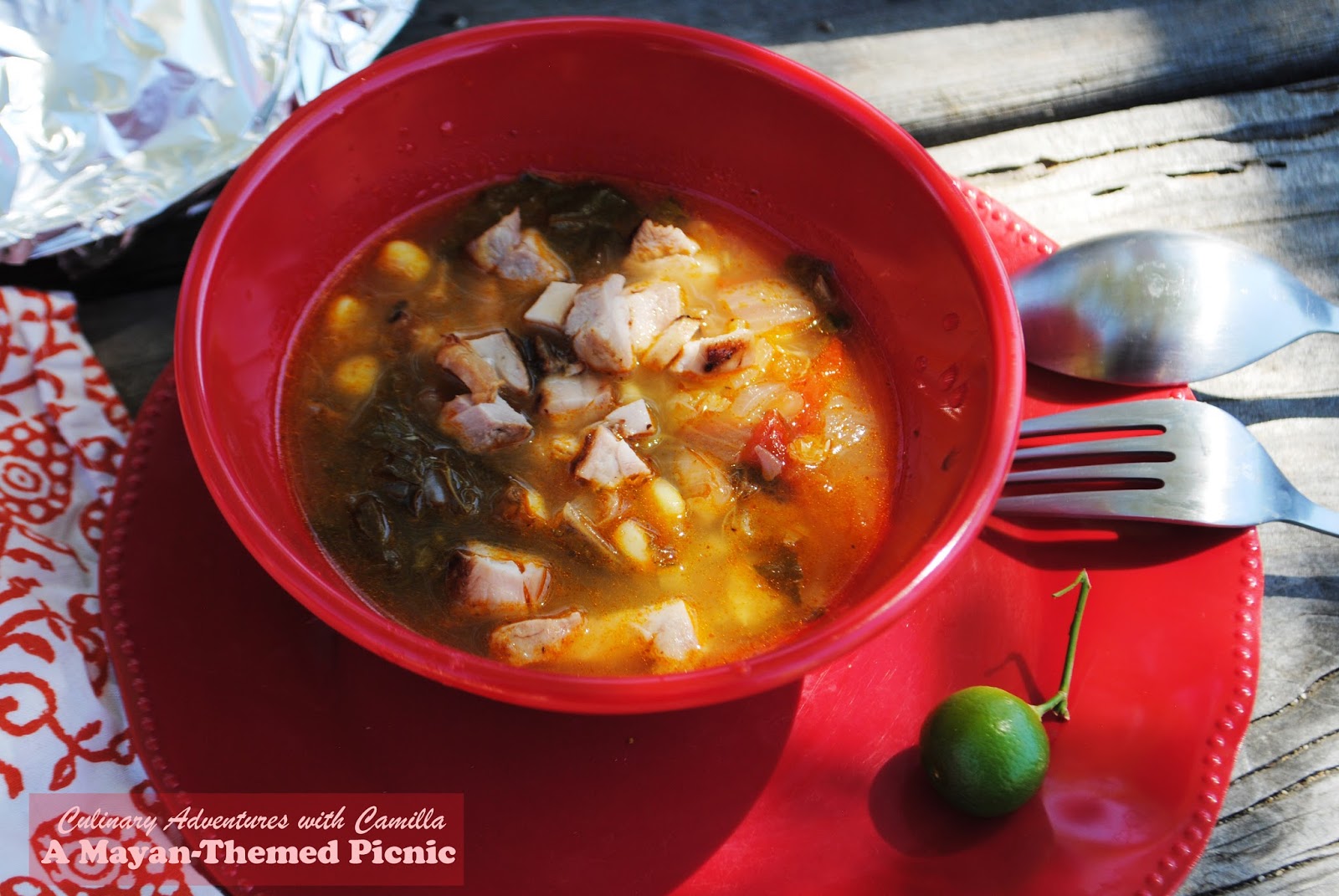 For our Pre-Popul Vuh Picnic, this past weekend, I wanted to create some dishes that while not authentically Mayan were, at least, inspired by the foods and traditions of the Yucatán.

I started with a more traditional Sopa de Lima, but wanted to give a nod to the milpa agroecosystem on the peninsula. Milpa is practiced on the Yucatán; it's an inter-cropping system of corn, beans, and squash that is managed through slash and burn with fallow periods and the use of mulch. So my sopa de lima includes corn and black-eyed peas; I also added in some chard from my High Ground Organics CSA...just because, well, I put greens in everything. Enjoy!

Here's a photo of White Corn and Yellow Corn with all of the animals at el Teatro Campesino's production Popul Vuh: Heart of Heaven. 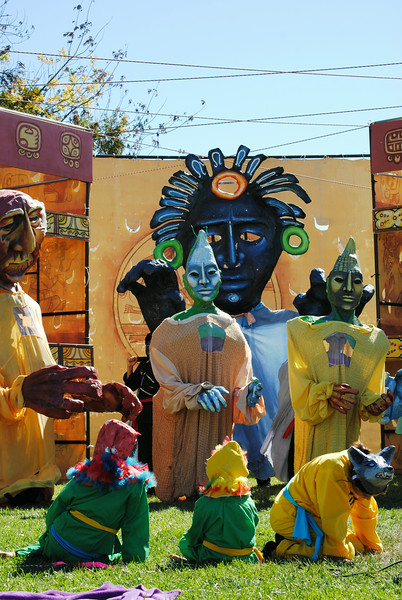 *Yucatán limes are a bittersweet lime. You can substitute key limes or Mexican limes. I used a mixture of plain ol' limes and calamansi which is also called a Philippine lime.

Procedure
In a large soup pot, melt butter with a splash of olive oil. Add in the onions, peppers, and chile. Cook till the onions are softened and translucent. Add the tomatoes and cook till the tomatoes are cooked and have created almost a sauce, approximately 10 minutes.

Stir in the corn kernels and beans. Pour in the chicken stock and bring to a boil. Reduce heat to a simmer and cook until the beans are completely cooked. Mine took about an hour. Add in the greens and simmer until just wilted. Add in the citrus juice right at the end.