By Camilla M. Mann June 22, 2014
I made this - Rabarbersuppe Med Vin (Danish Rhubarb Wine Soup) - and, uncharacteristically, served it to actual Danes. 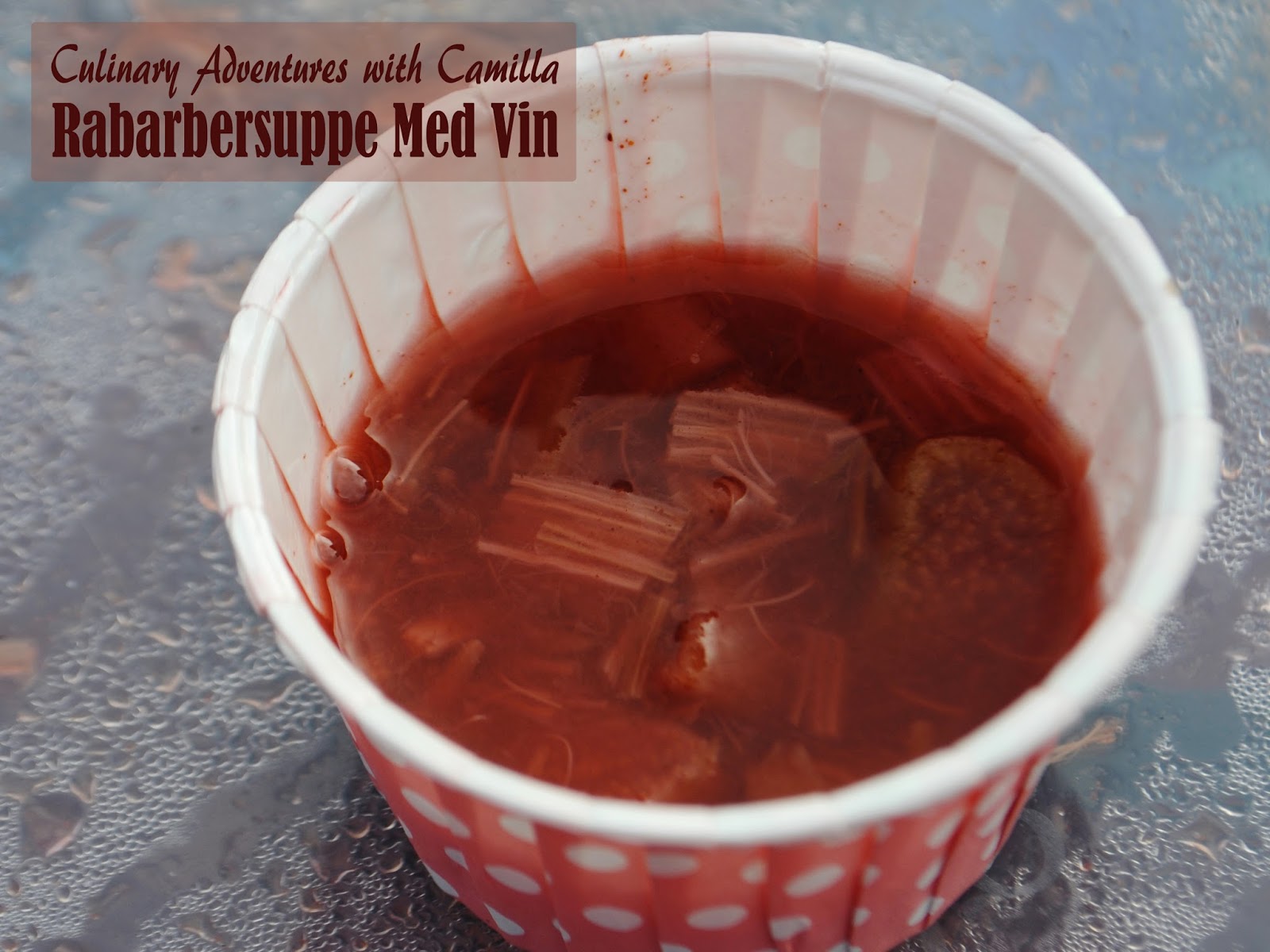 Normally, if I'm making a traditional recipe, I will not serve it to someone who has actually eaten it! But I did. And it was a hit. I swapped out the traditional red wine in the recipe for whatever wine I had - leftover prosecco.

Ulla did mention that she thought the recipe should have been 2 vanilla pods instead of the 2 cinnamon sticks. I thought it was odd to have whole cinnamon plus the ground cinnamon. Still, everyone loved it and came back for seconds and thirds! 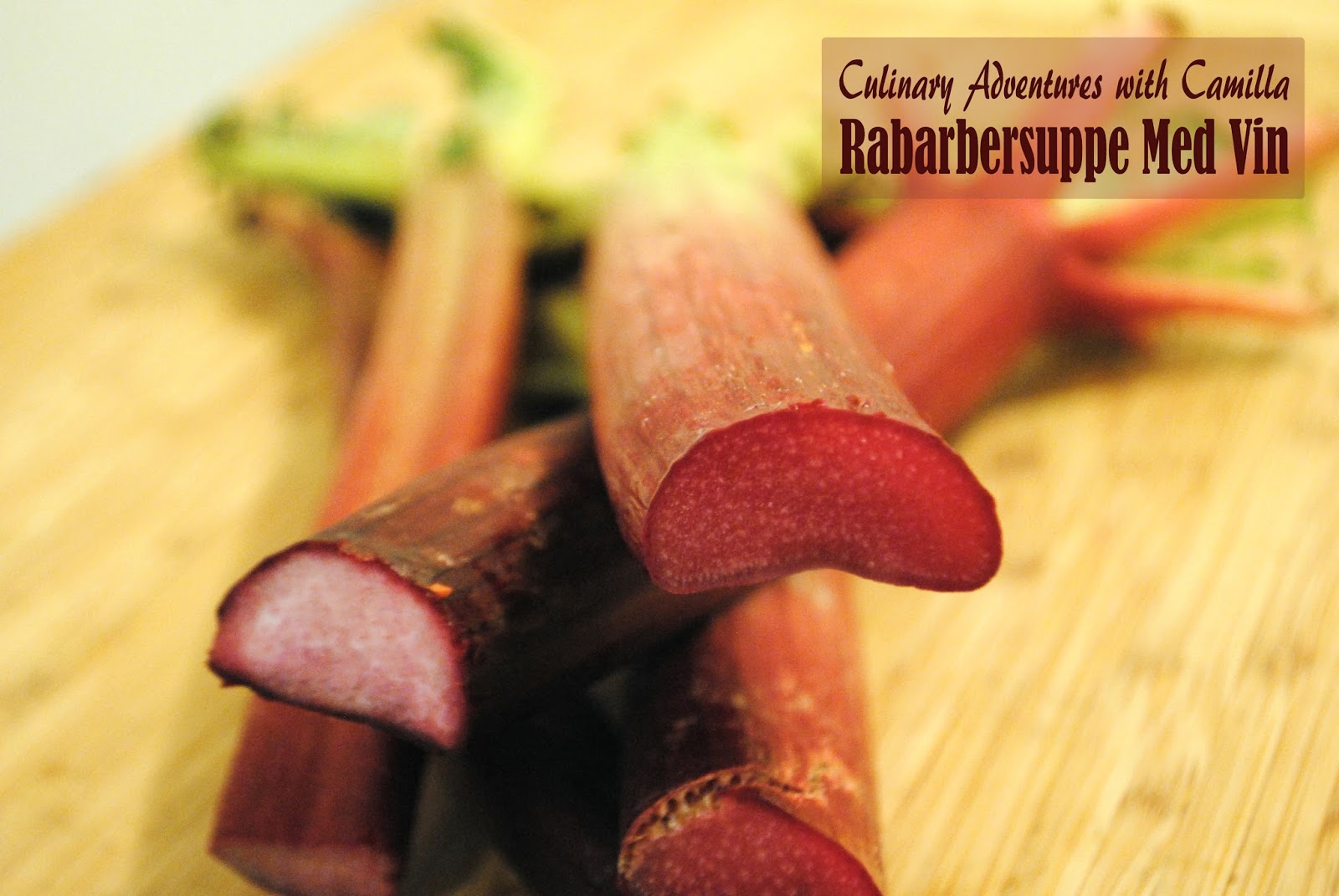 Procedure
Combine water, sugar, and cinnamon sticks. Cook, stirring continually, until the mixture boils. Add the ground cinnamon, ground nutmeg, lemon juice, wine, and rhubarb. Cook for 5 to 10 minutes, until the rhubarb begins to soften and lose its shape. Remove the cinnamon sticks. You can serve it hot. Or, like we did, serve chilled as a great summer soup. It was the perfect addition to our Sankt Hans Aften (Danish summer solstice) beach picnic.