New to Us: Horned Melon 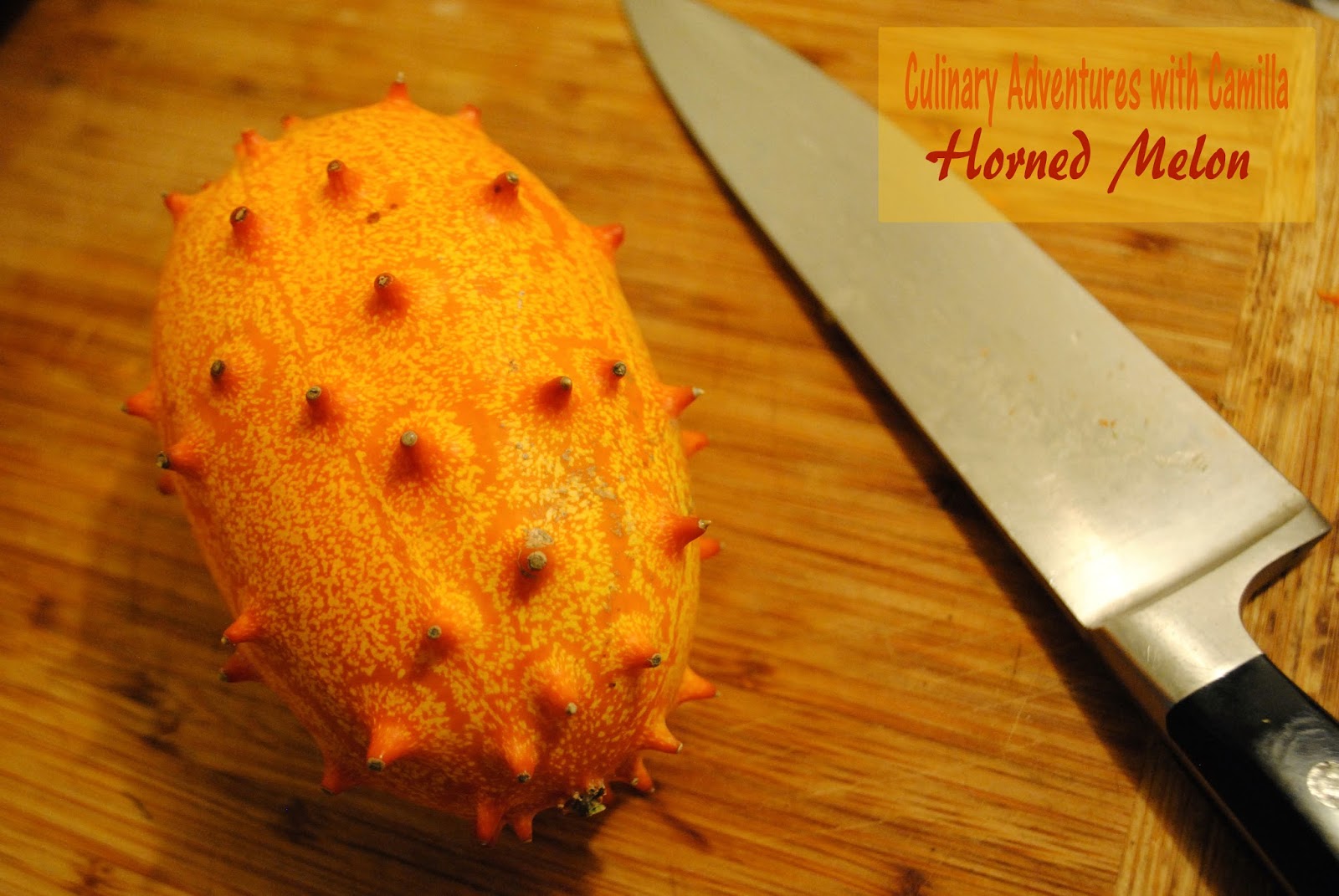 But, unlike most people who would walk by something that looked as unfriendly as that, he asked if we could get it. "Please, Mommy. I've never seen this!" Okay, I'm always game to try something new. Here's what it looked like when he sliced into it. 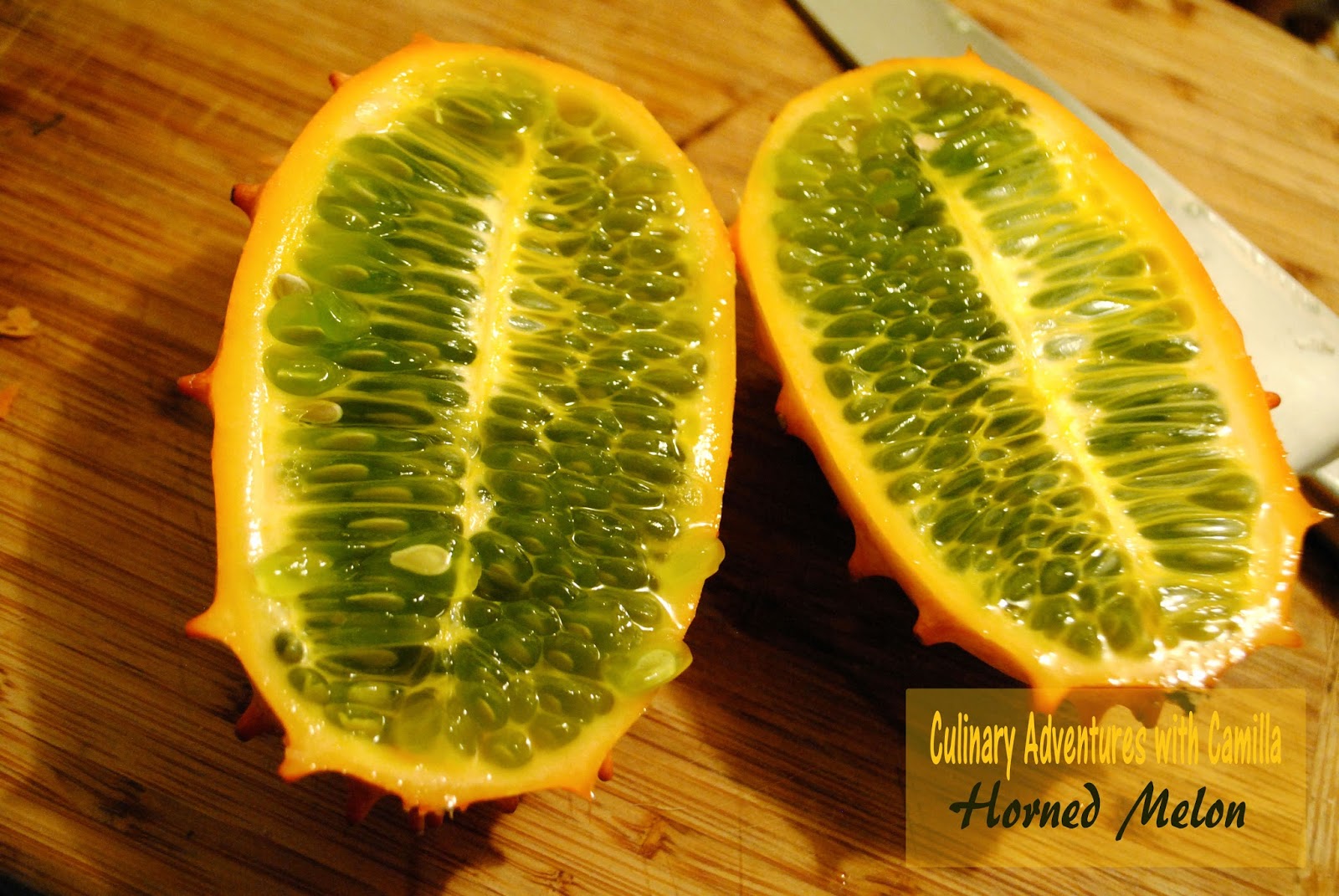 We scooped it out with spoons and ate it as is. It tasted like a cucumber. Turns out, it's also called a 'horned cucumber' as well as jelly melon, hedged gourd, melano, and blowfish fruit.

The Verdict: its otherworldly appearance was cool. But it was difficult to eat (we spit out the seeds!), the meat wasn't plentiful, and it didn't taste particularly exotic. So, its won't be in our shopping cart again anytime soon.