By Camilla M. Mann June 19, 2014
We headed to Sierra Leone next on our Cooking Around the World Adventure.

Sierra Leone is located on the west coast of Africa, bordered by Guinea to the north and northeast, Liberia to the south and southeast, and the Atlantic Ocean to the west. 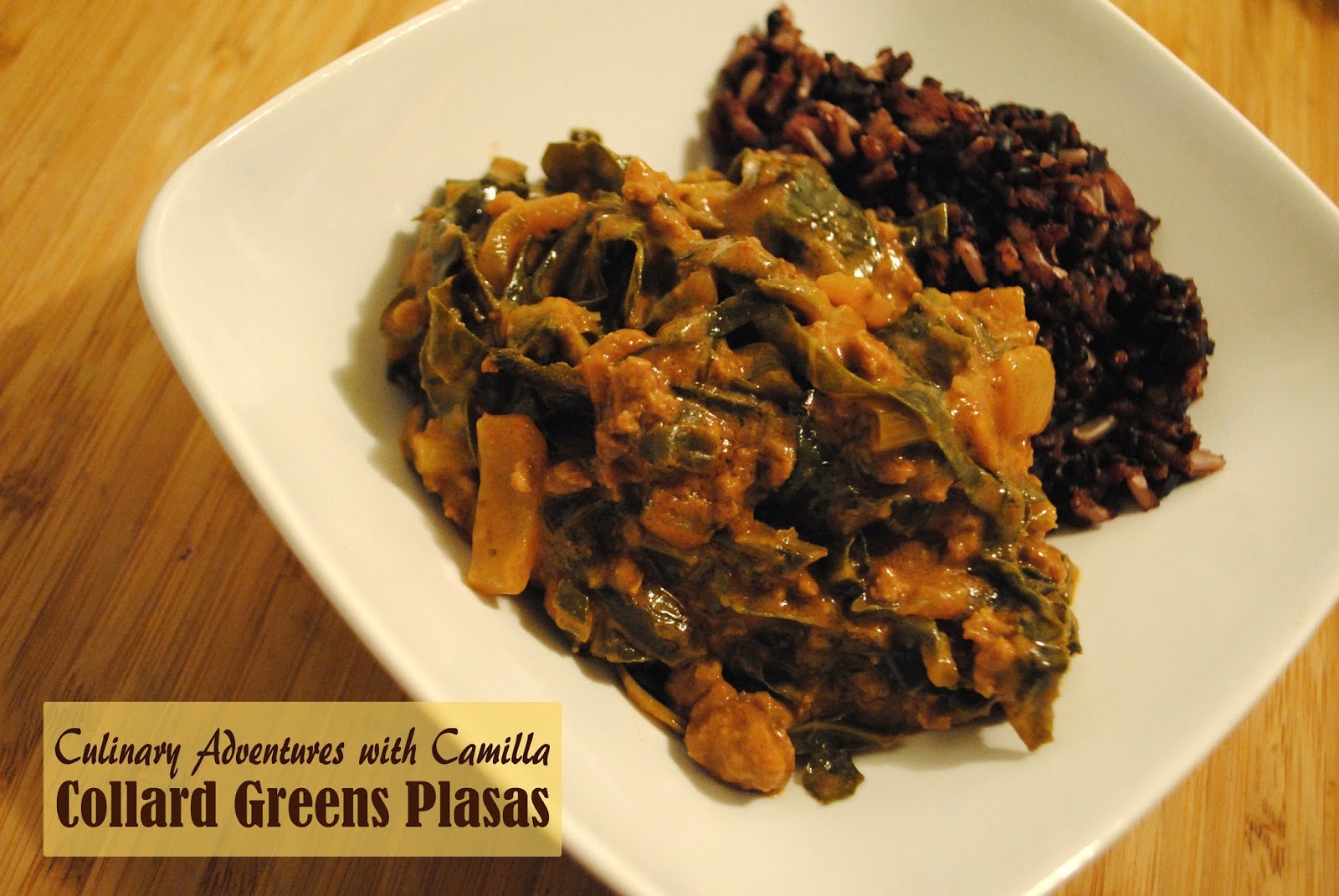 Though many of the dishes resembled other dishes we've already made throughout this adventure, I found a dish that interested me: Spinach Plasas. In the end, I went with a Collard Greens Plasas because that's what I had in my CSA box from High Ground Organics.

Procedure
In a large, flat-bottom pan brown the onions in a splash of olive oil. Add in the ground beef and cook completely.

Julienne the collard greens and add it to the beef. Stir in the peanut butter, water, and tomato sauce. Bring to boil and reduce heat to a simmer. Cook until greens are tender. Stir in the flaked fish and spices. Cover and simmer until the sauce has thickened, approximately another 10 minutes.

Serve with steamed rice...I used a mixture of brown basmati and forbidden rice.

And that's a wrap on Sierra Leone. We're moving on in our tabletop travel.