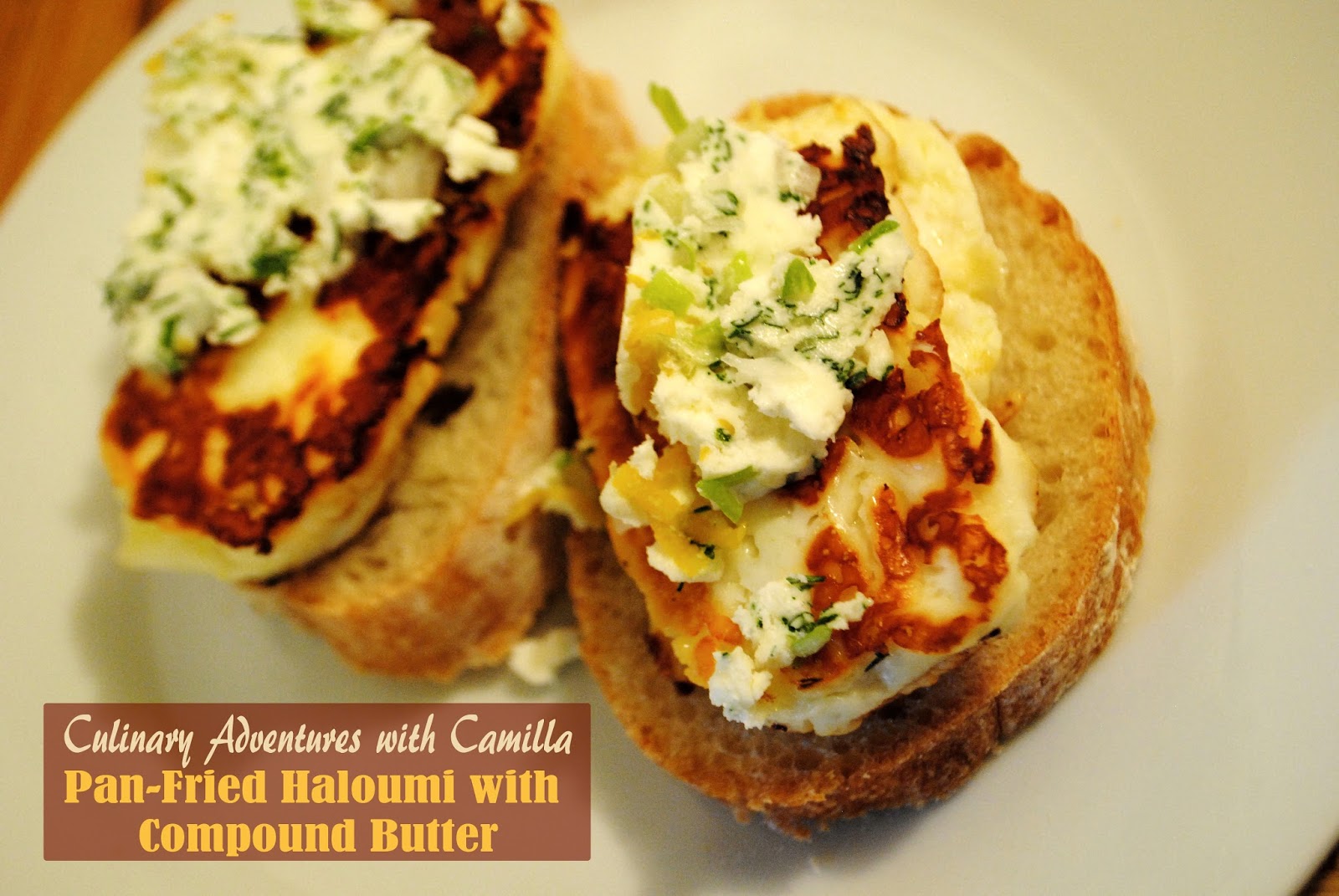 Tonight I made a delicious Lemon-Herb Compound Butter and used it atop Roasted Cod Filets. But, after we devoured all the fish, my boys were still hungry. So, I decided to use it on some pan-fried haloumi. It was a hit!


Halloumi, or haloumi, cheese originated in Cyprus during the Medieval Byzantine period. Traditionally, haloumi was wrapped with mint leaves to preserve it; today it's often packaged with pieces of mint leaves on the cheese's surface. It's similar to mozzarella but it has a higher than normal melting point, so it's perfect for frying or grilling. Cypriots eat the cheese with watermelon during summer months.


Procedure
In a medium skillet, heat a splash of olive oil. Lay slices of haloumi in the pan and cook for 30 to 45 seconds on each side, or until a golden-brown crust appears. Flip over and pan-fry on the other side.


To serve, place a slice of griddled haloumi on top of each piece of bread. Top with a thinly slice of compound butter. Serve immediately.