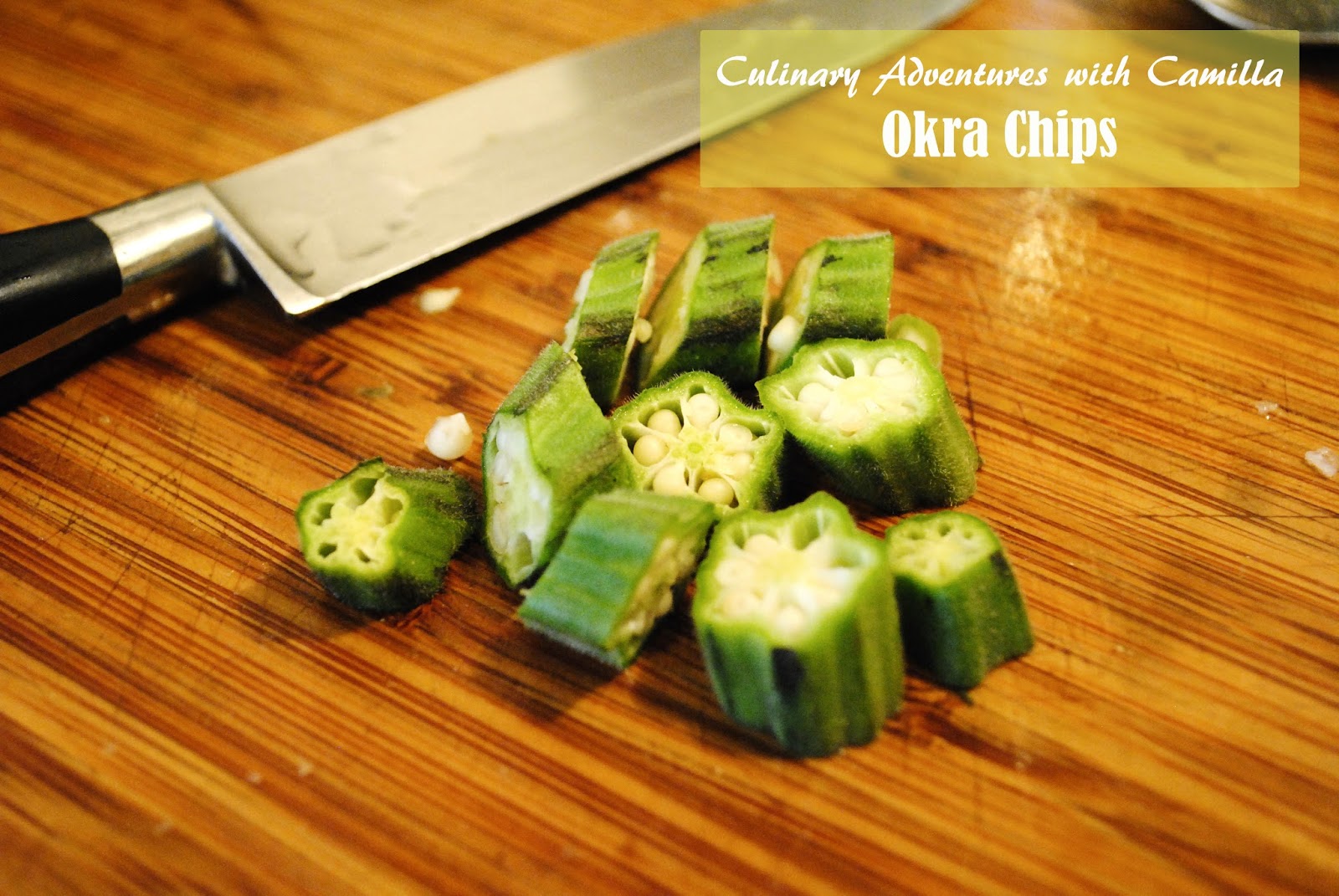 It's time for Group B's Secret Recipe Club June reveal. This month I was assigned to The Tasty Cheapskate, a blog written by Jean. She humorously writes about the name of her blog and how cheapskatery was a major theme of her childhood. She admits that she cooks now. And eats. "Though--for the record--I'm still really cheap (not margarine cheap, my friends, but cheap). It's in my bones."

Too funny. Glad to have gotten to know her...and her glowing liver!

Jean has a Cheap Eat Challenge where she's attempting to feed 6 people on 6 dollars a day. Click to read more about that: here. These Balsamic Strawberries cost just over $1; Dal with Tomato and Cream is just less than $2; and her Skillet Lasagna was $5.

I wanted to try something completely new to us and settled on her Okra Chips. But I will definitely give her Dilly Beans and Quick Pickles a try this summer. We, as a family, as not anti-okra, but I have never made them this way. Enjoy! We surely did. 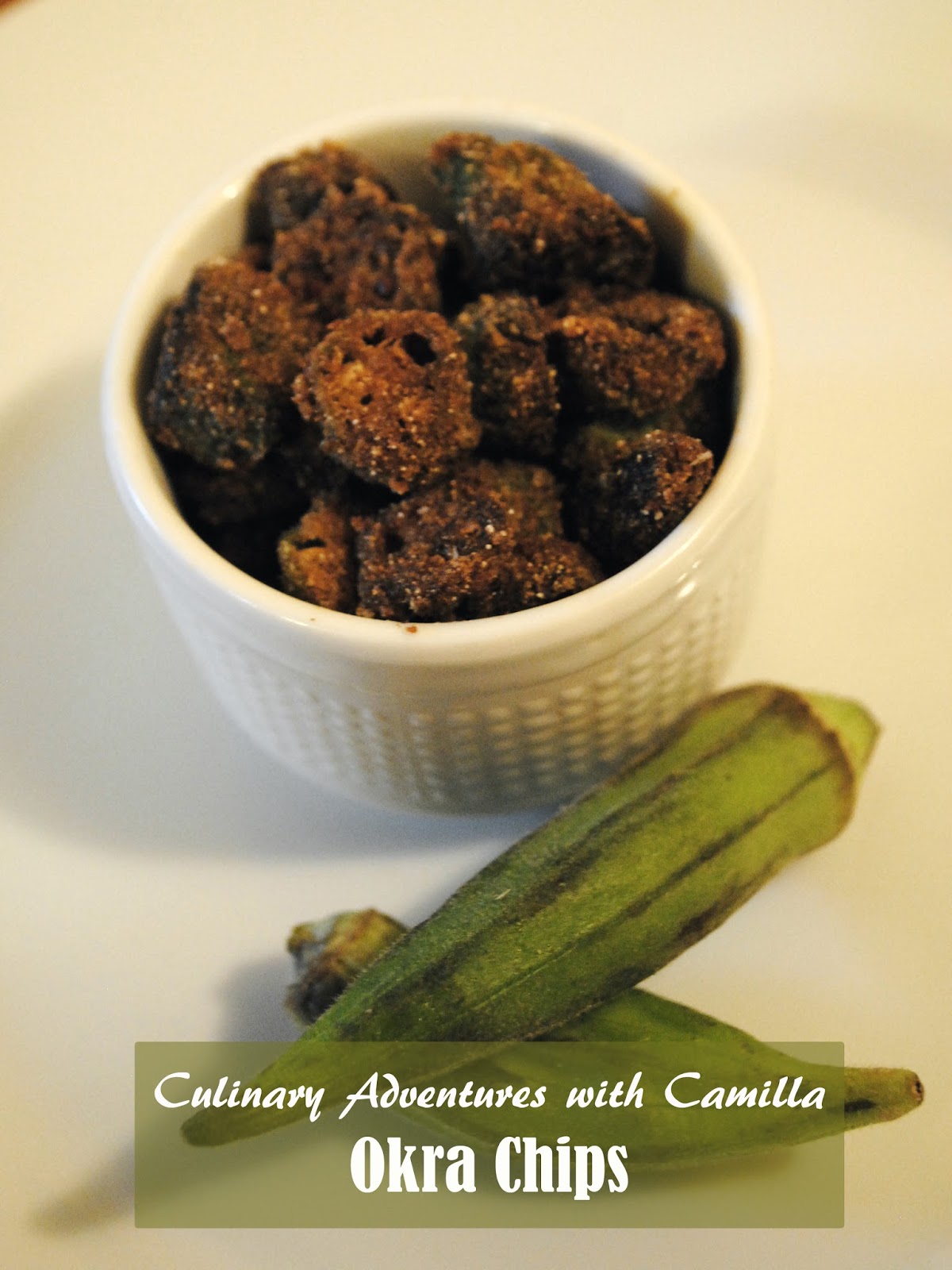 Ingredients for the fried okra chips


Cut okra into thick slices and sprinkle them with salt. Place them in a small mixing bowl and dust them with cornmeal. 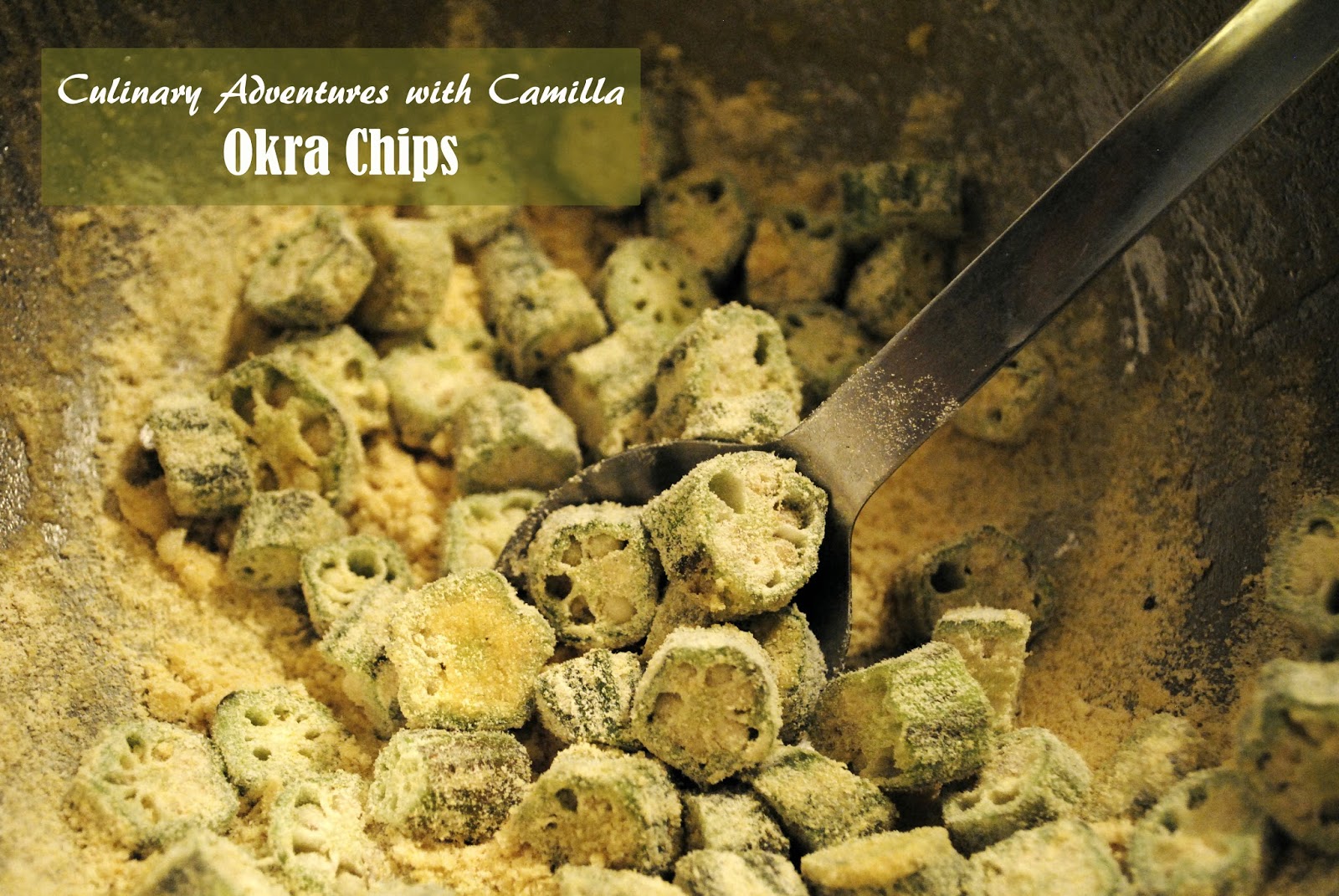 Heat a splash of olive oil in your skillet and heat till bubbles form. Place okra in the skillet and cook until golden or a little browner than golden. Flip and do the same on the other side. Drain on paper towels and allow to cool a bit before serving. 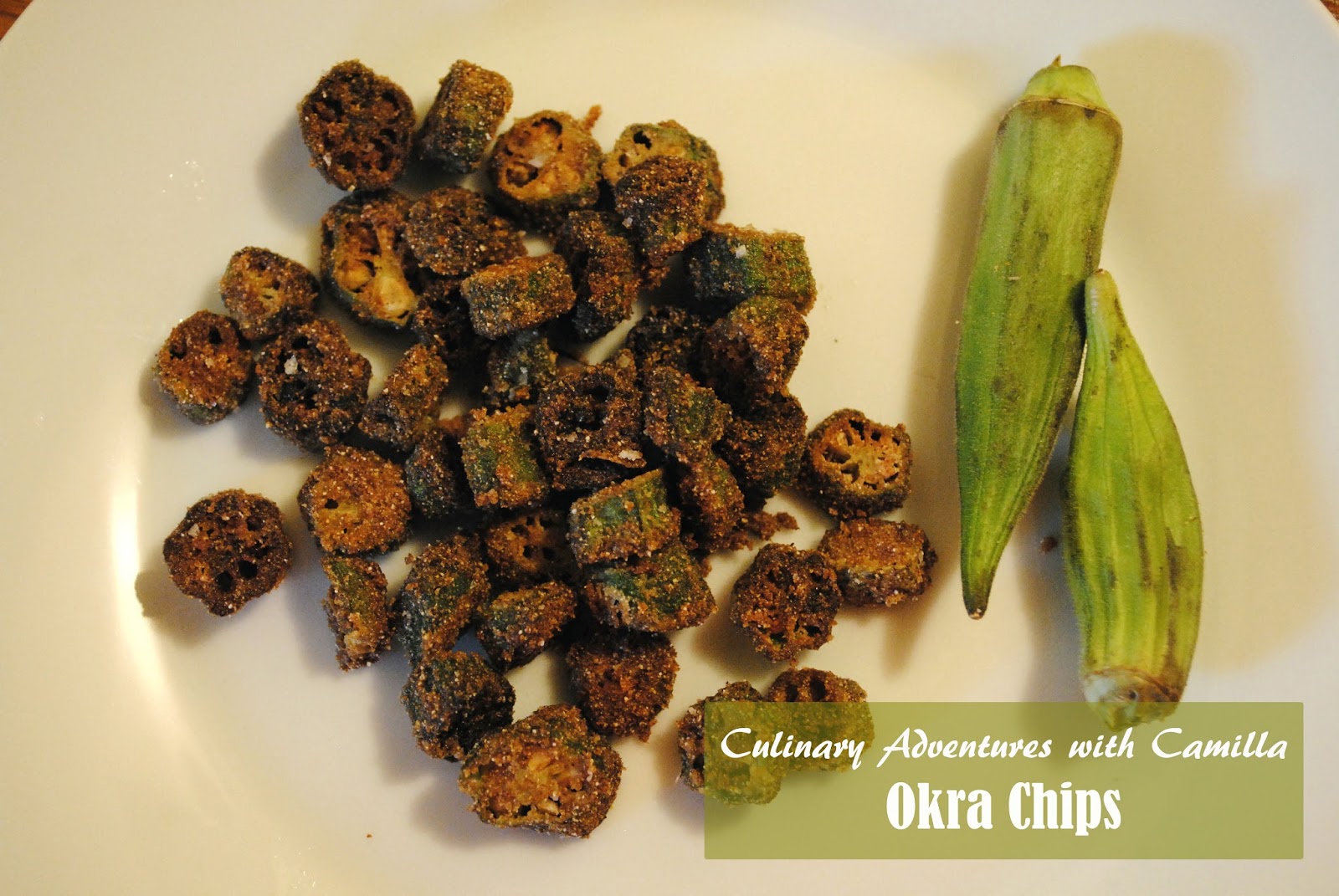 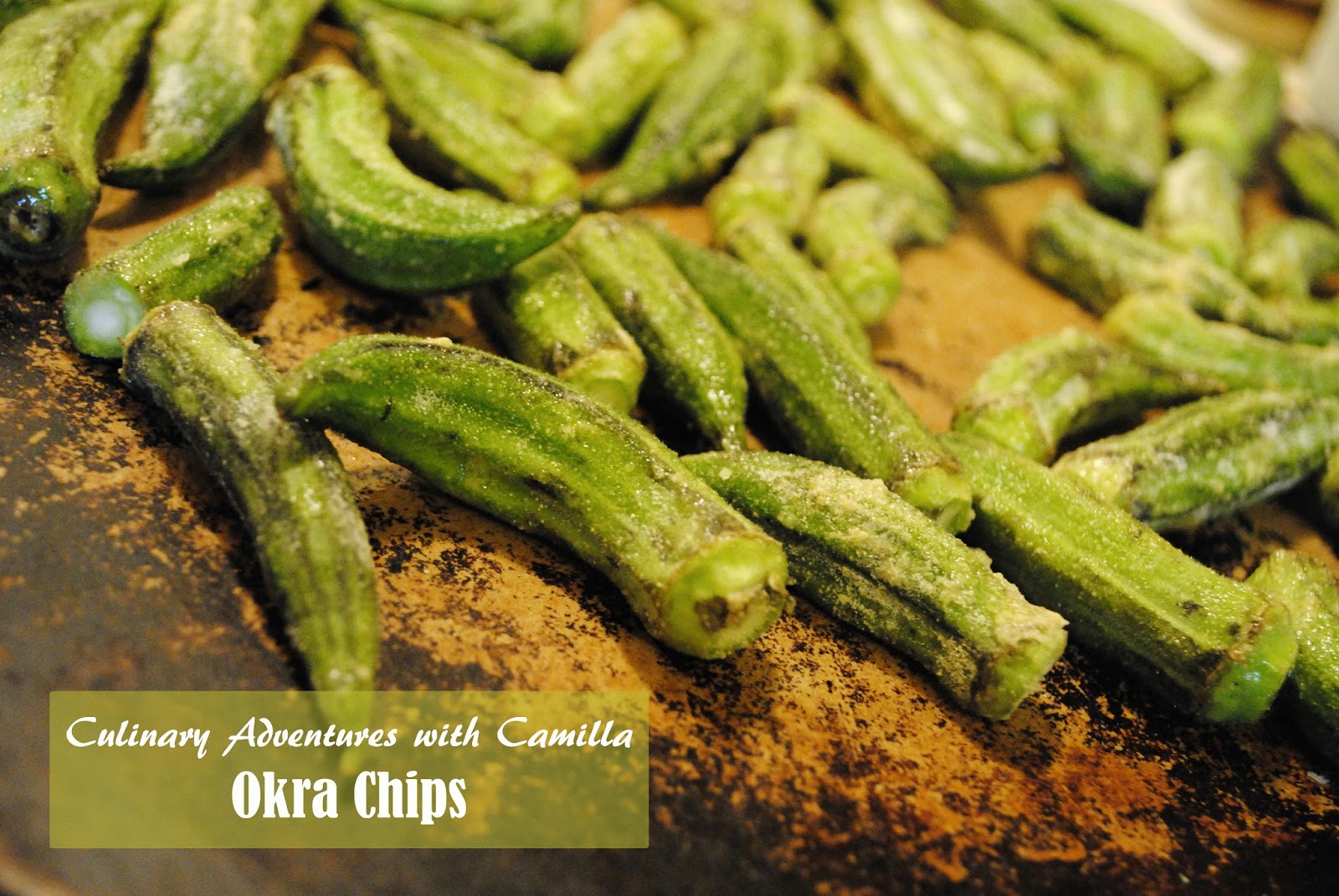 Ingredients for the baked okra chips

Preheat the oven to 425 degrees F. Place the okra in a medium mixing bowl and toss with salt, cornmeal, and oil till completely coated. Place okra on a baking sheet (I used a baking stone) and bake for 30 minutes. Remove and let cool slightly before serving.

The jury is still out on which preparation was better. R liked them pan-fried. J like them baked. D didn't get to try any because he didn't get home till later. And I liked them both. So, we'll have to try again and see which one really wins our hearts.