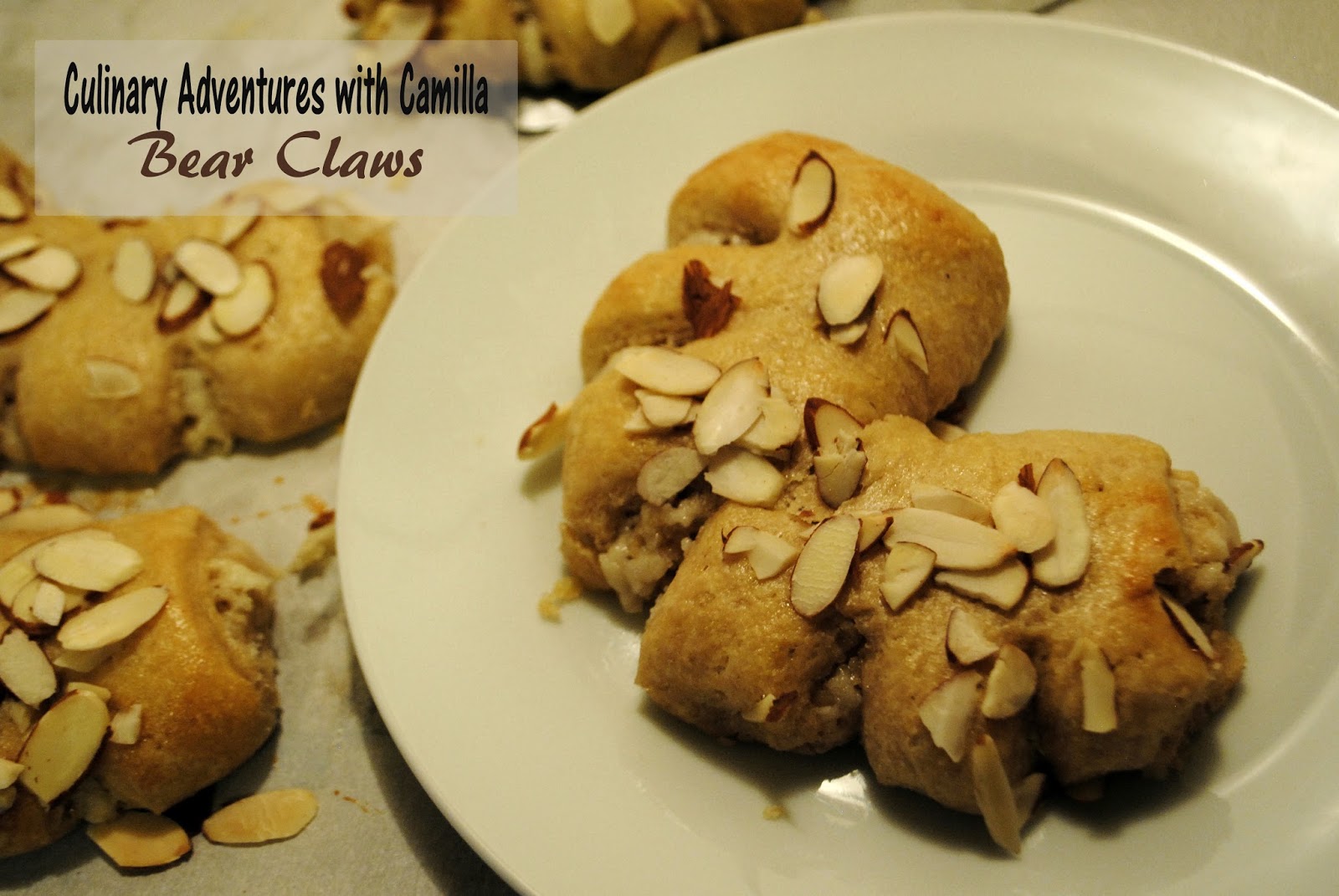 This morning, our first Saturday of summer vacation, D asked to go to Paris Bakery and get some bear claws. Ummmmm...nope. I successfully steered him towards a more nutritious breakfast, but I had to promise to help him make the bear claws here at home. I have to say that I don't think I've ever had a bear claw...otherwise I would know that it had a marzipan-like filling in it. How did I not know that?!?

This was a fairly involved recipe, but D did a great job. Thanks, Enthusiastic Kitchen Elf! And I love that cooking reinforces his math skills. Here he is, figuring out how many sticks he needs... 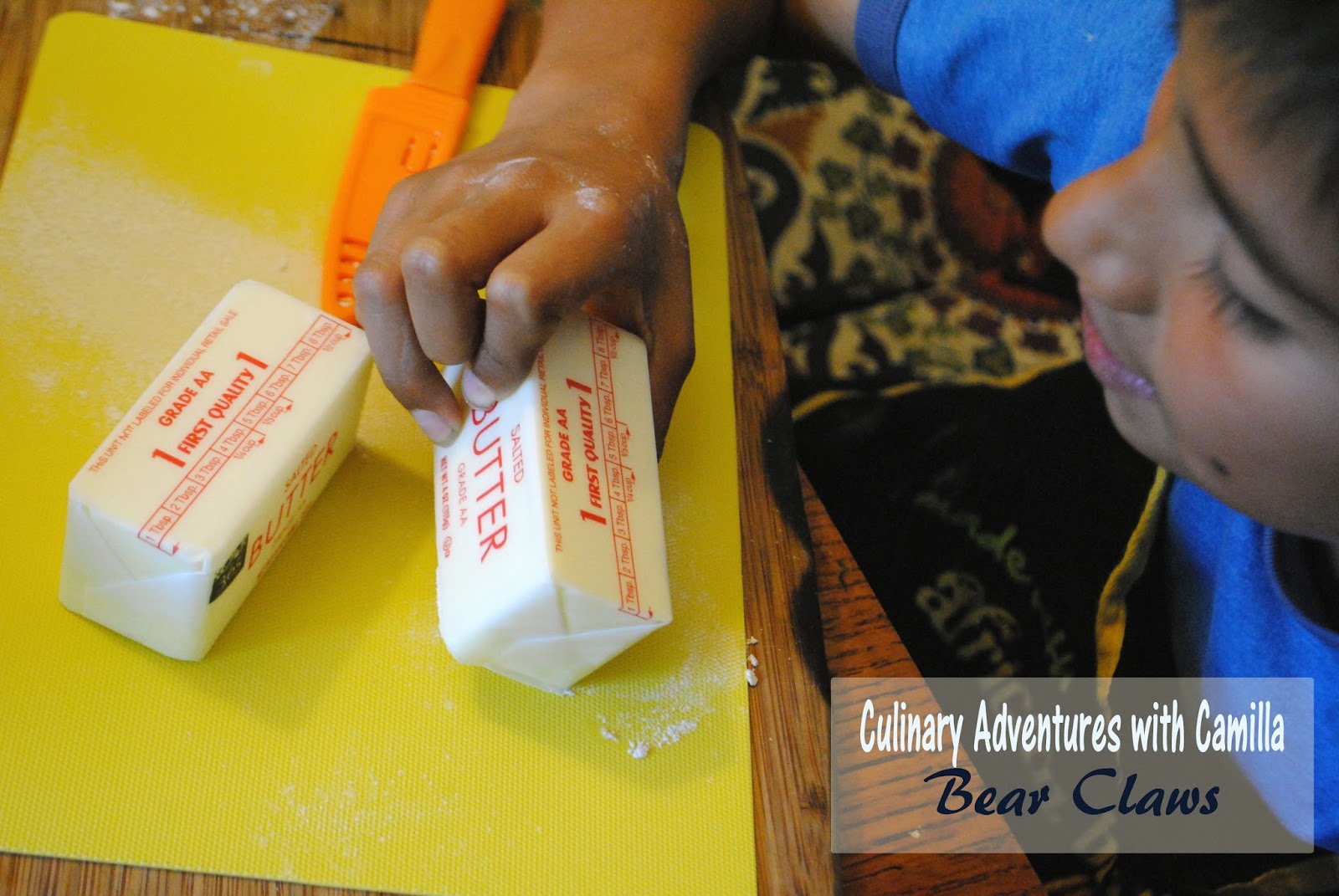 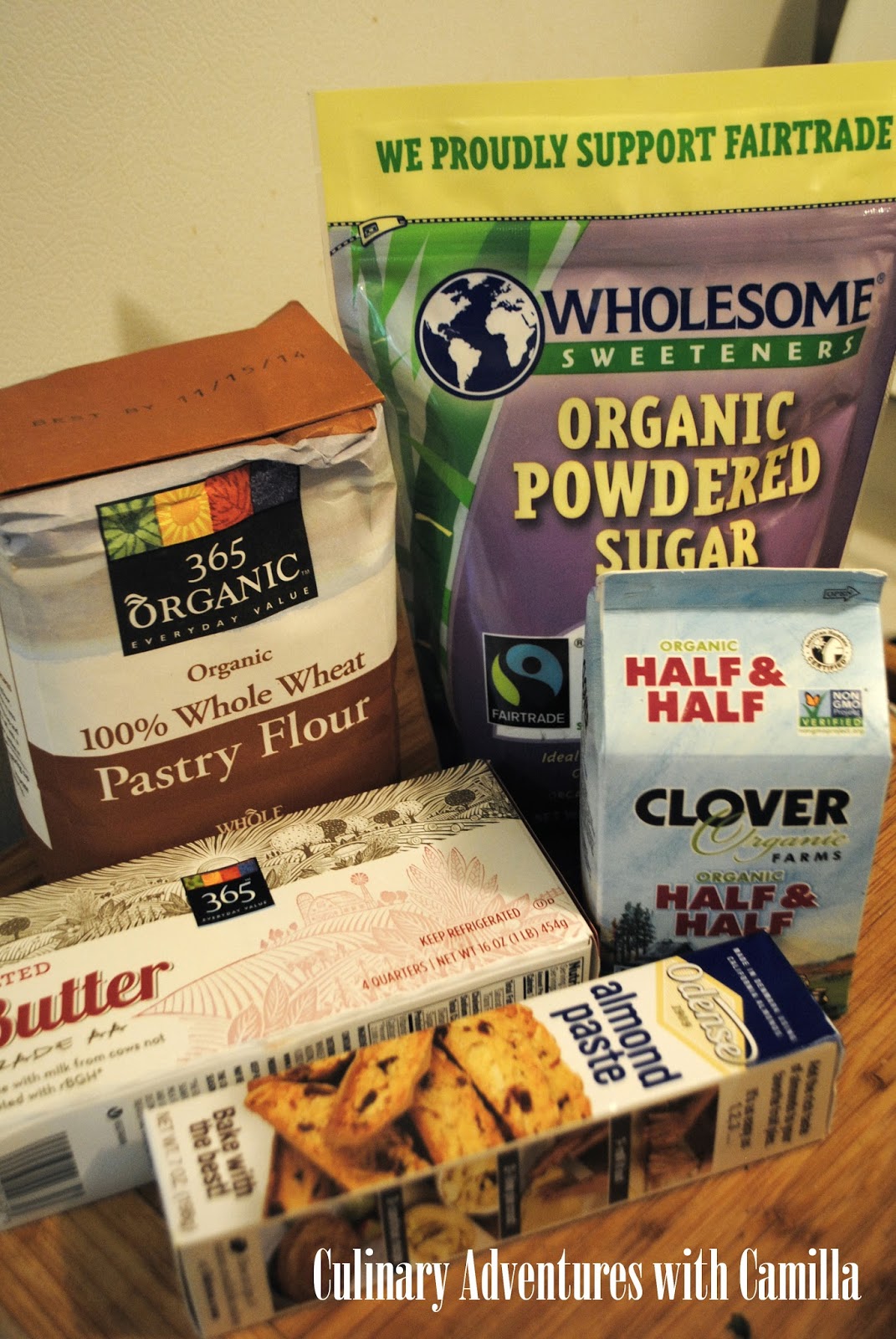 
Procedure
Cut your butter into cubes. 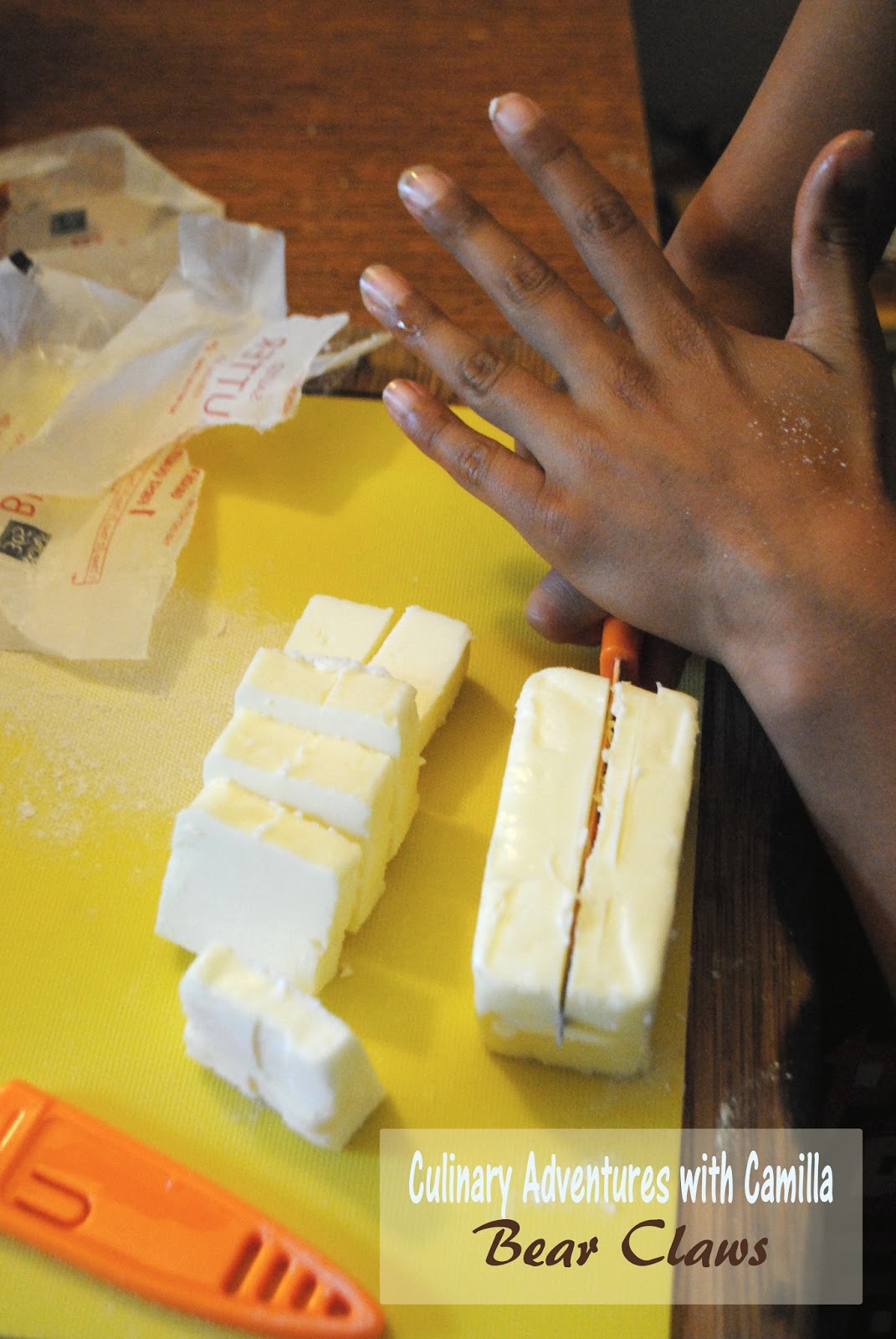 In a bowl, toss butter cubes with 3 C whole wheat pastry flour until well coated. Refrigerate. In a large bowl, combine yeast and remaining 2 C flour. In a saucepan, heat half-and-half and granulated sugar 130°F. Pour the heated cream into the yeast mixture and beat in 1 egg. 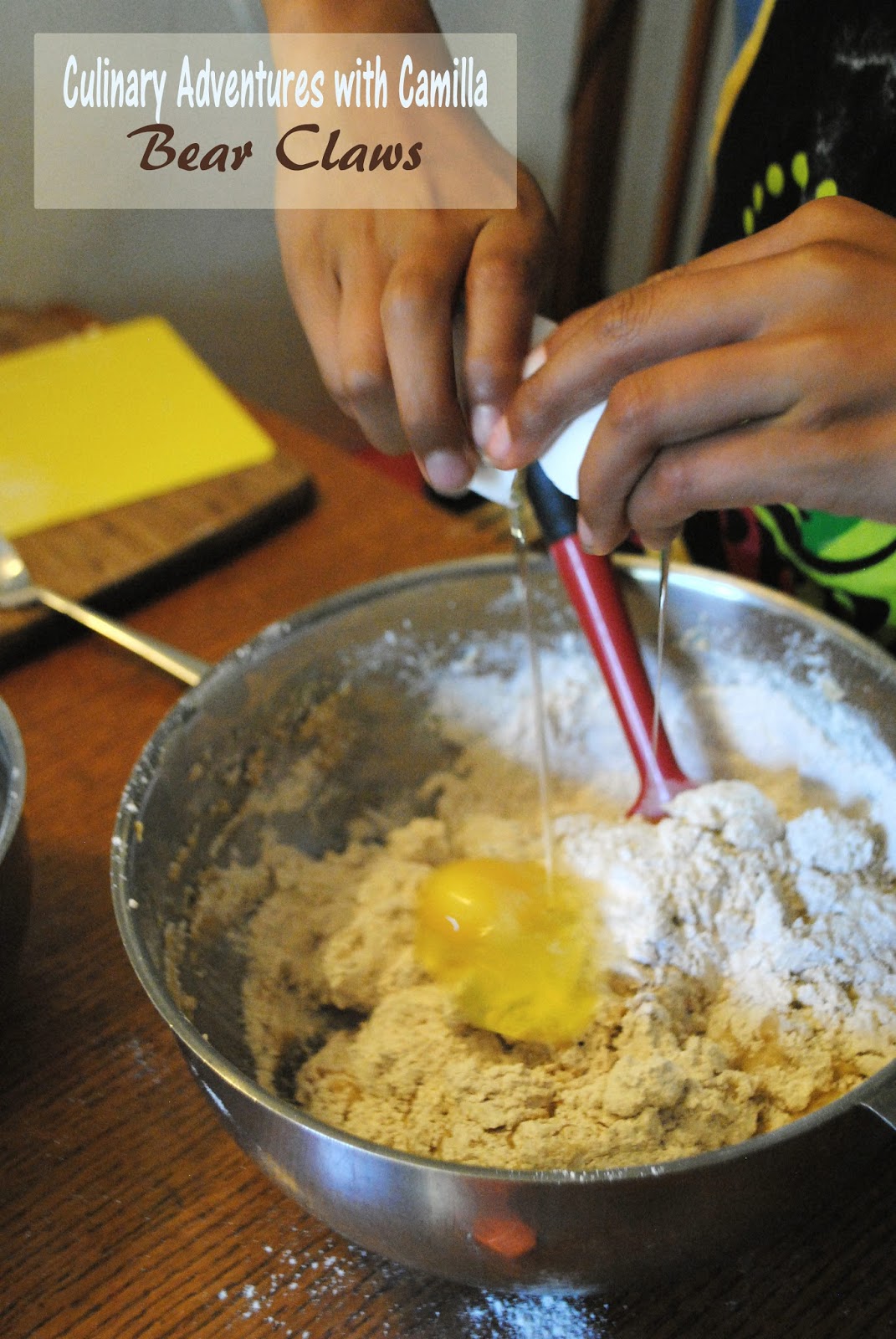 Beat until smooth. Stir in butter mixture just until moistened. 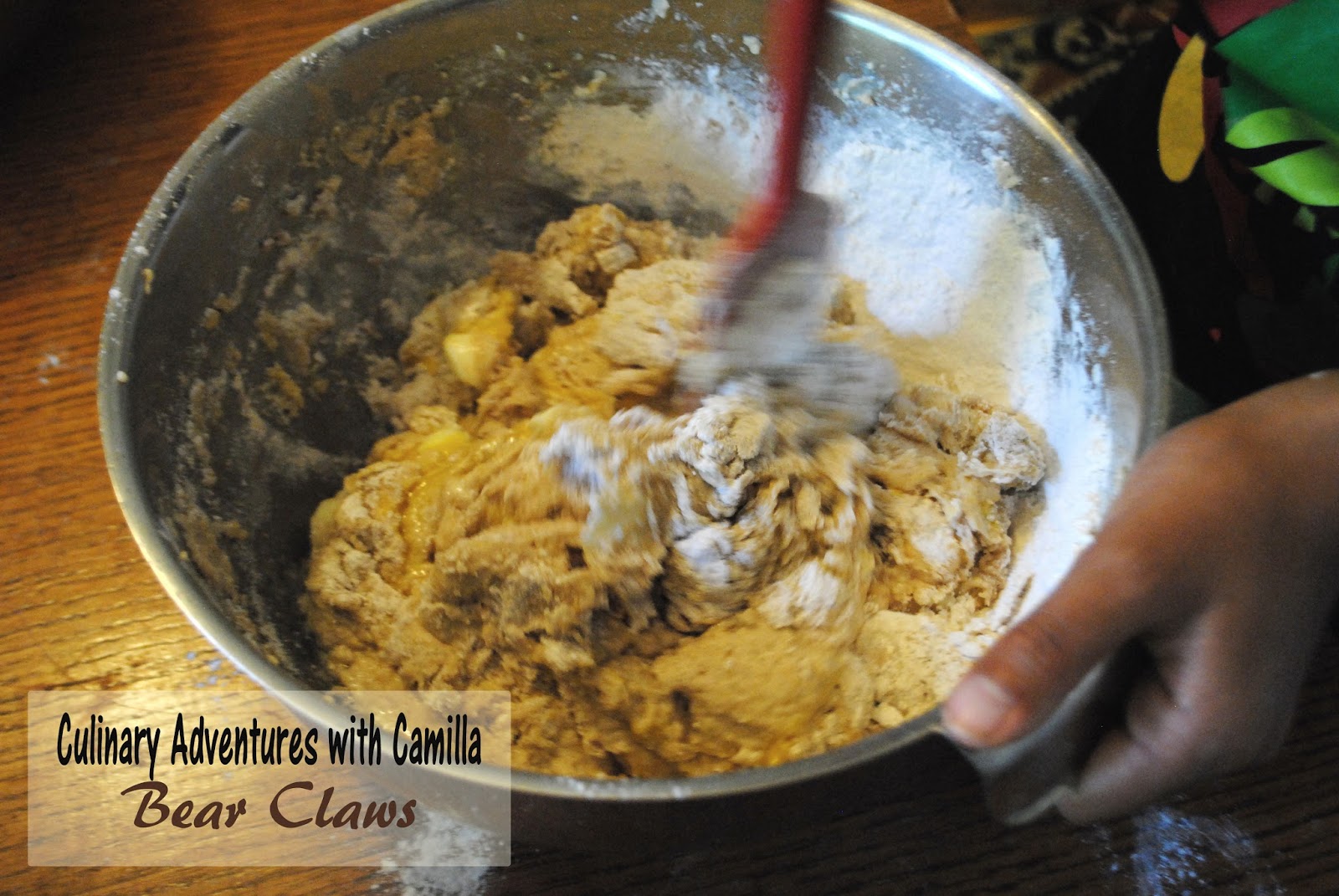 Place dough onto a parchment-lined and floured surface; roll into a rectangle. 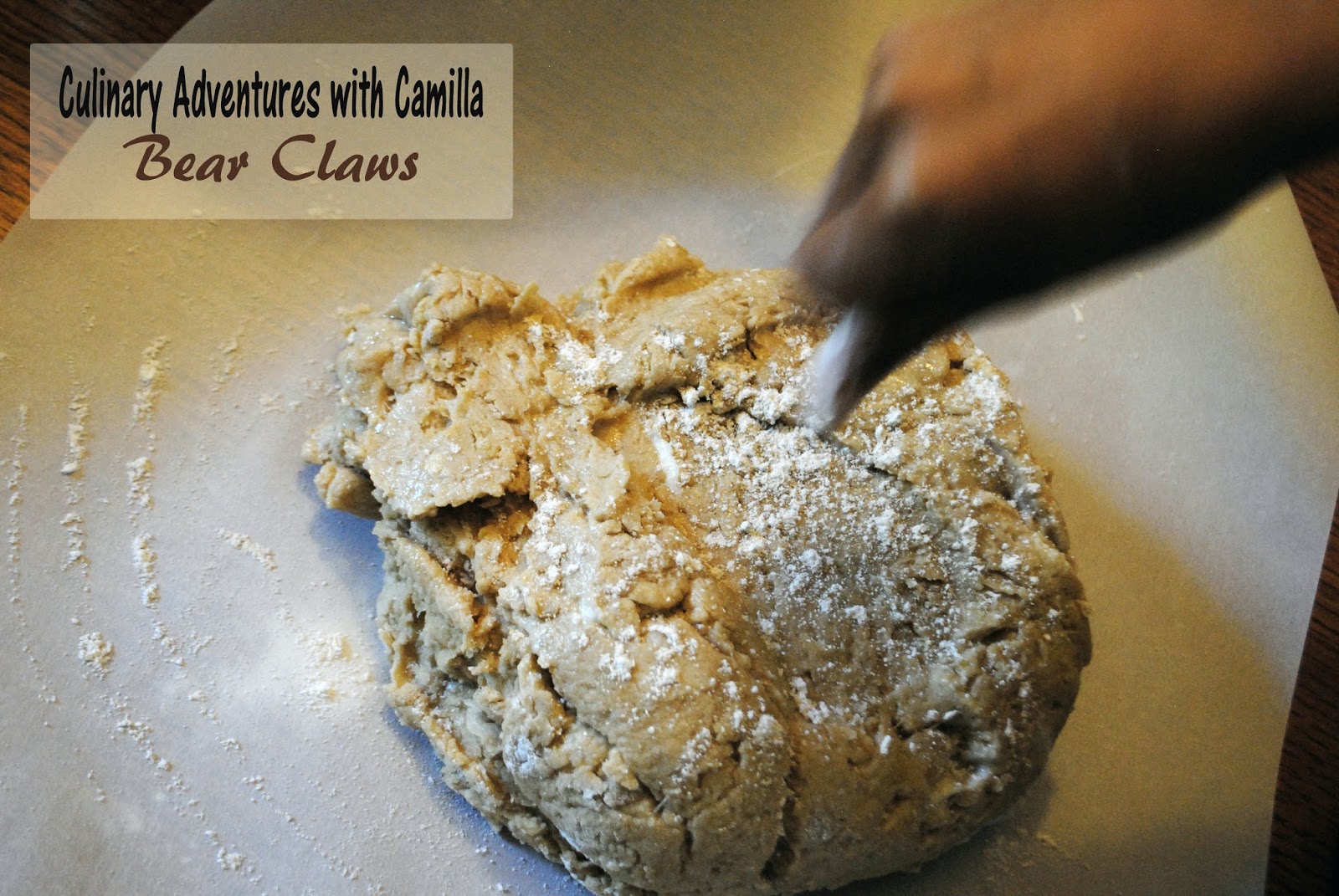 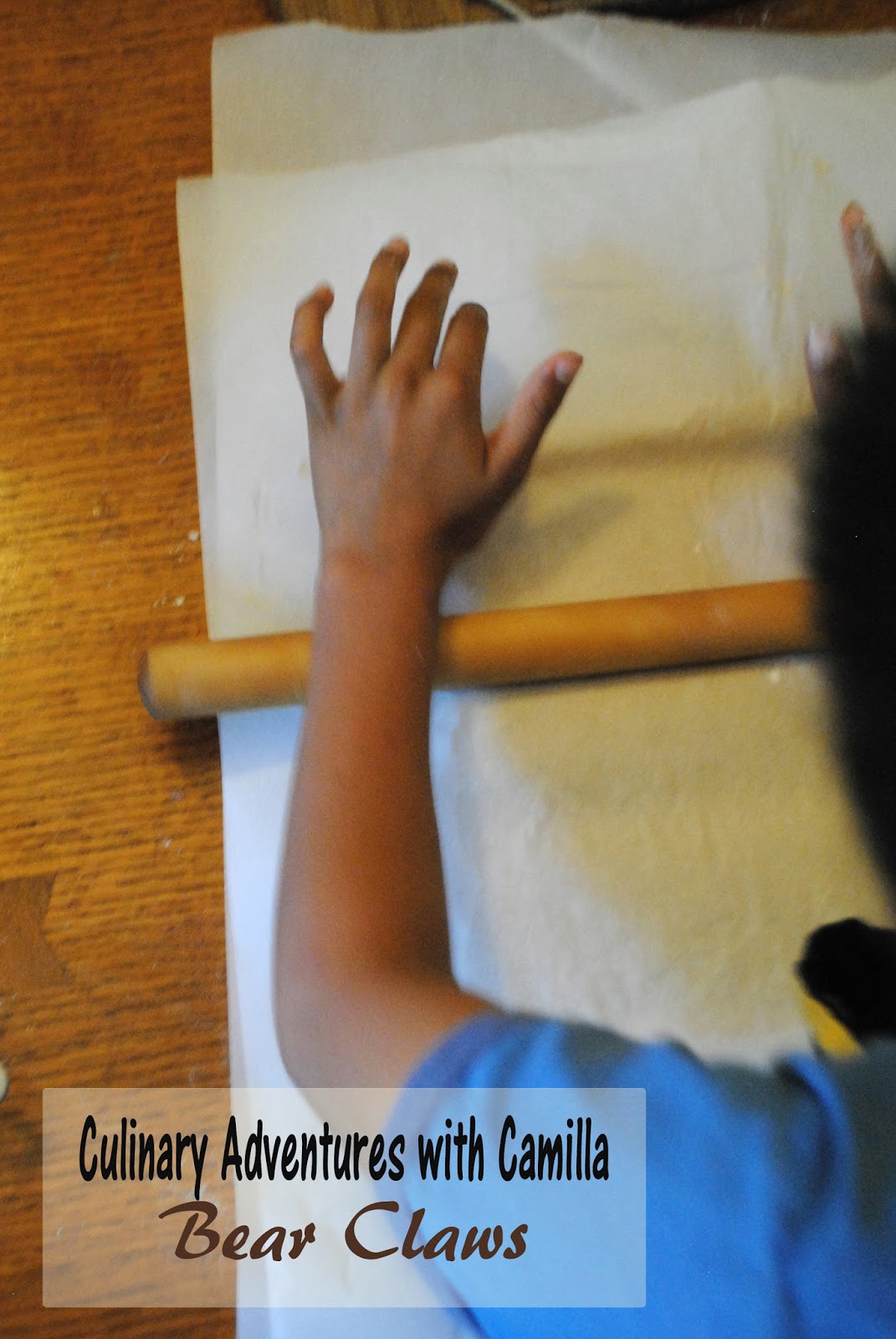 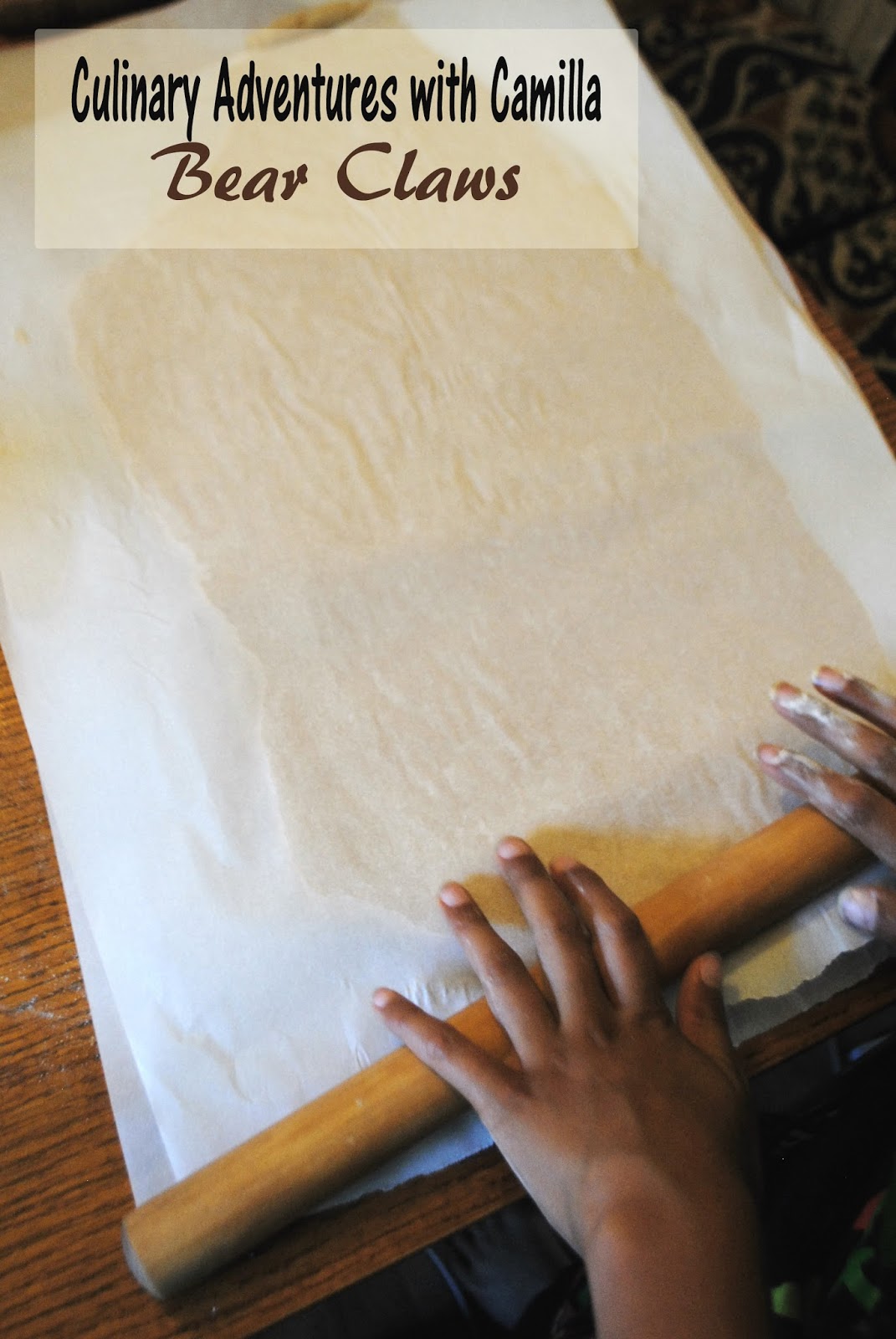 Starting at a short side, fold dough in thirds. 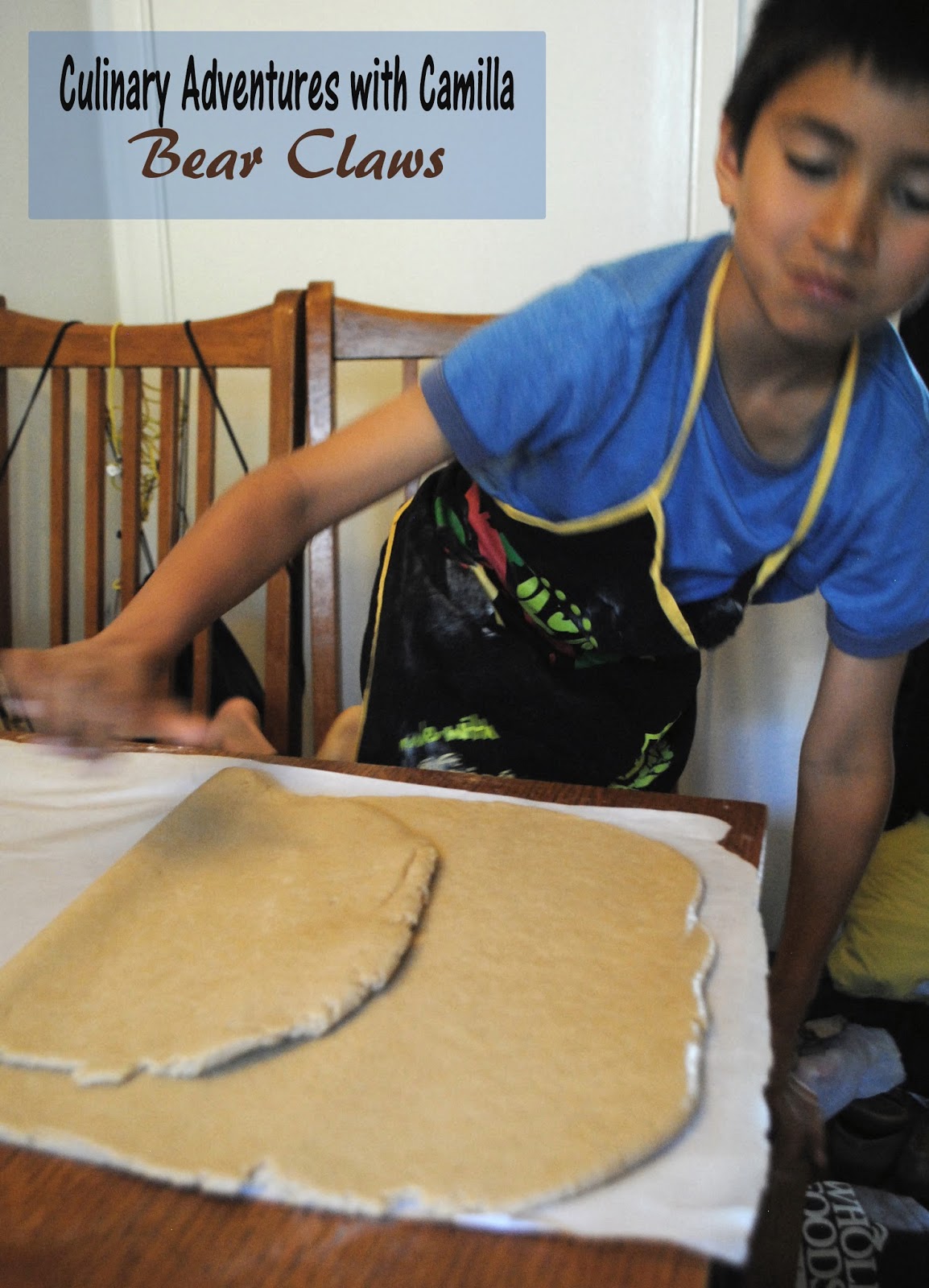 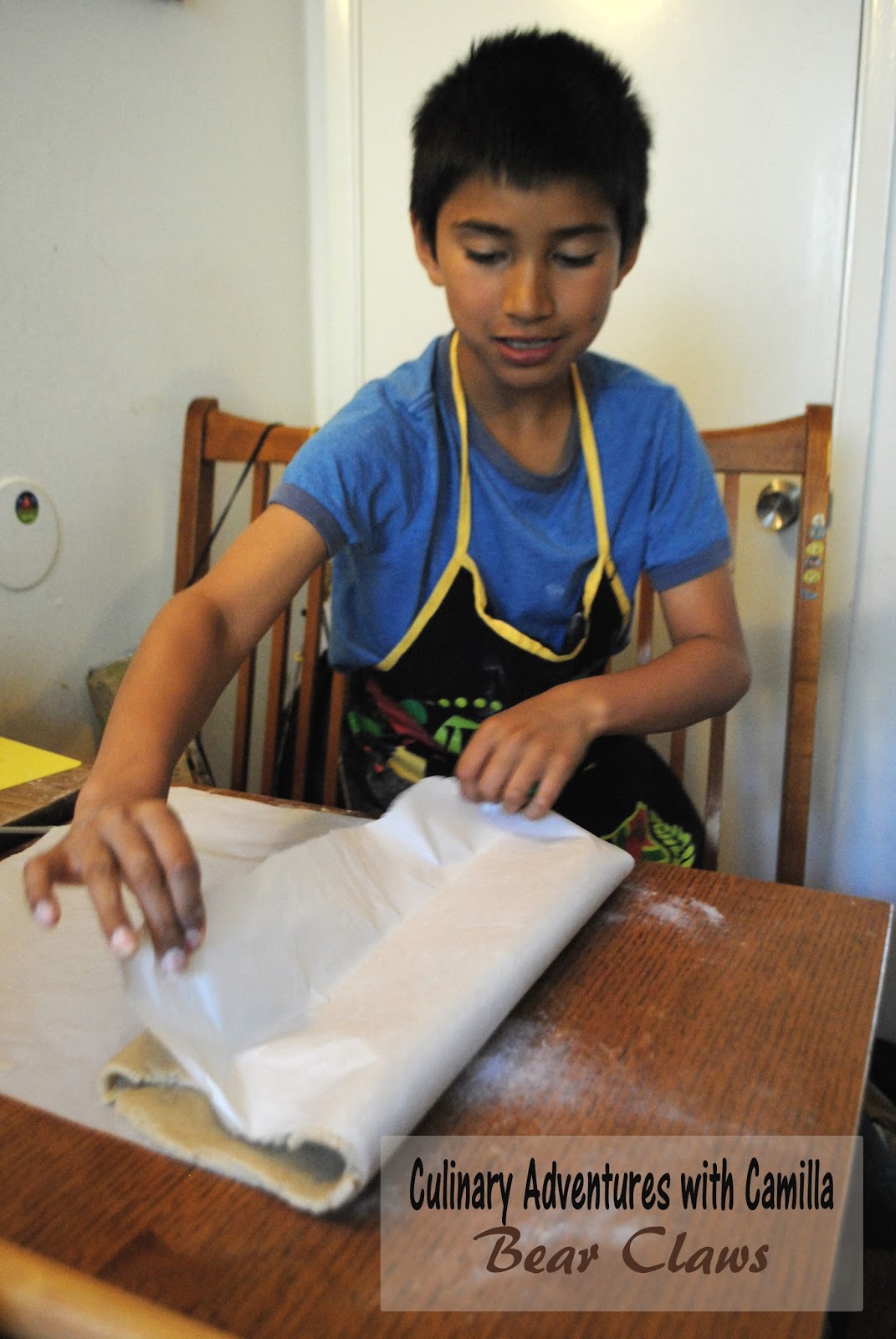 Give dough a quarter turn; and roll back out. 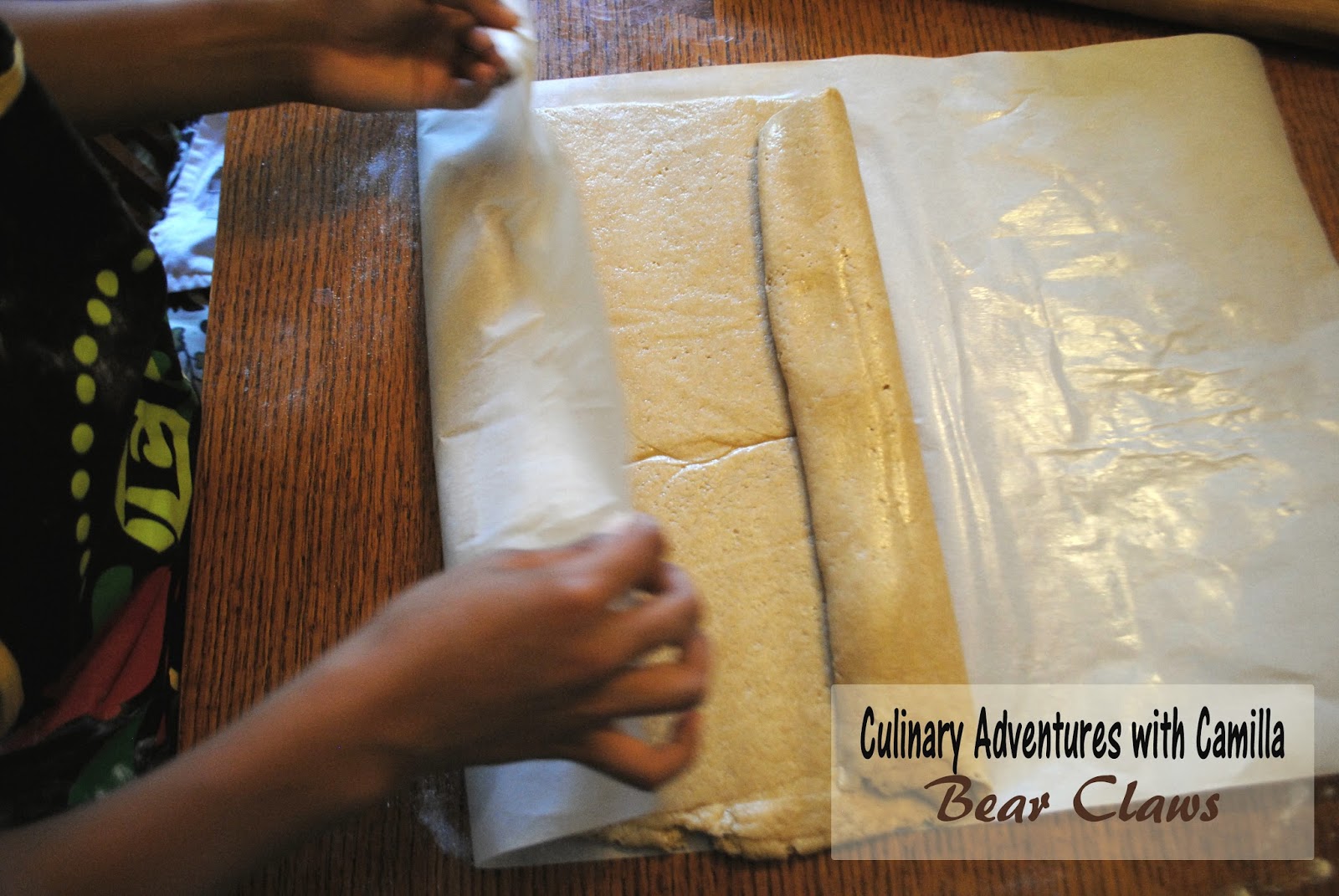 Repeat folding process. We did it four times. Cover and chill for 4 to 24 hours or until firm.

For filling, in a small bowl, beat egg white until foamy. Add in the powdered sugar and almond paste and beat until smooth.

To assemble...
Roll dough out into a large rectangle. Cut into four long strips. Spread about 2 T of the filling down center of each strip. 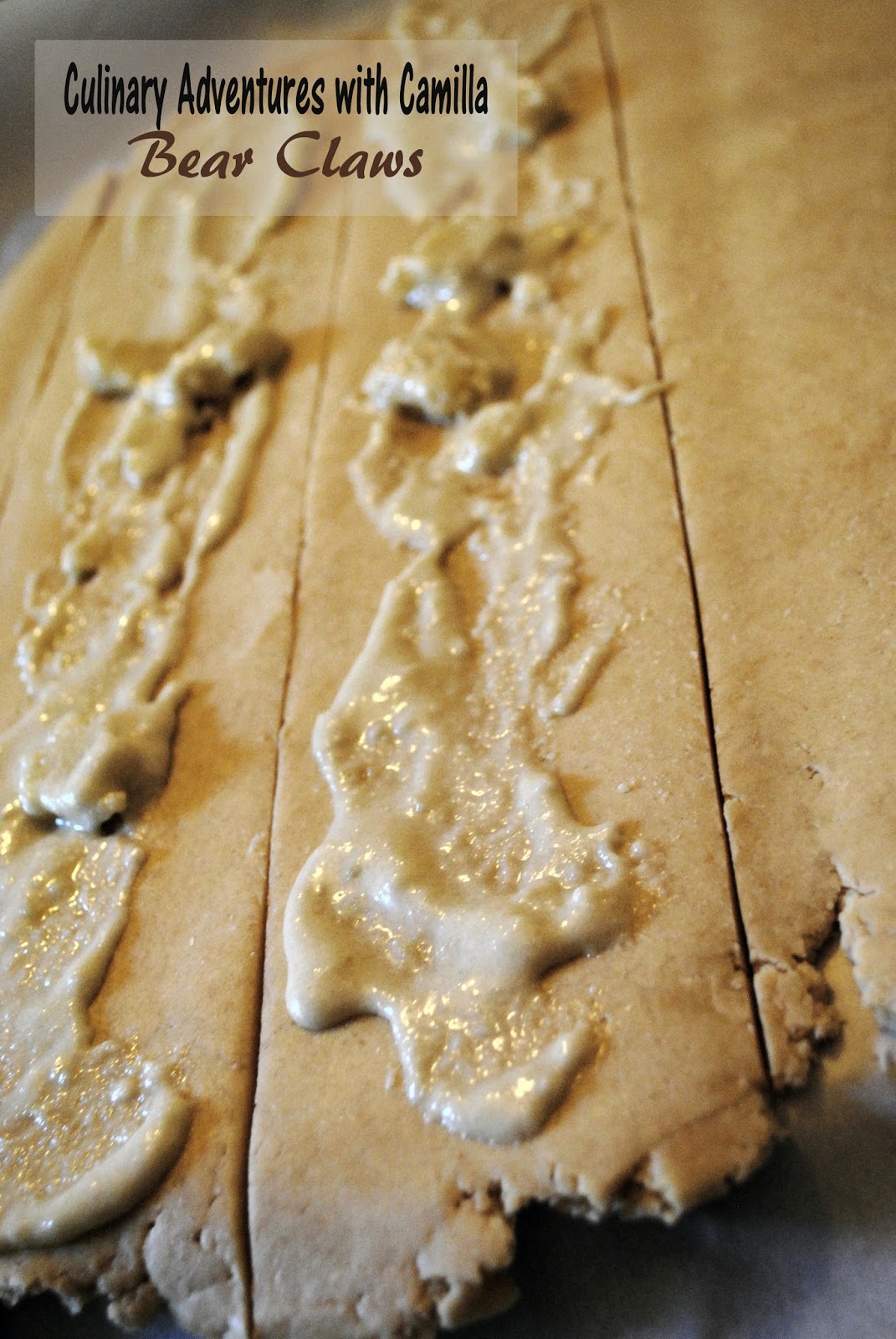 Fold long edges together and press to seal edges and ends. Cut into four pieces. And place, seam-side down, on parchment-lined baking sheets. With scissors, cut strips four times to within 1/2" of one folded edge; curve slightly. Repeat with remaining dough and filling. Cover and let rise in a warm place until doubled, approximately 1 hour. 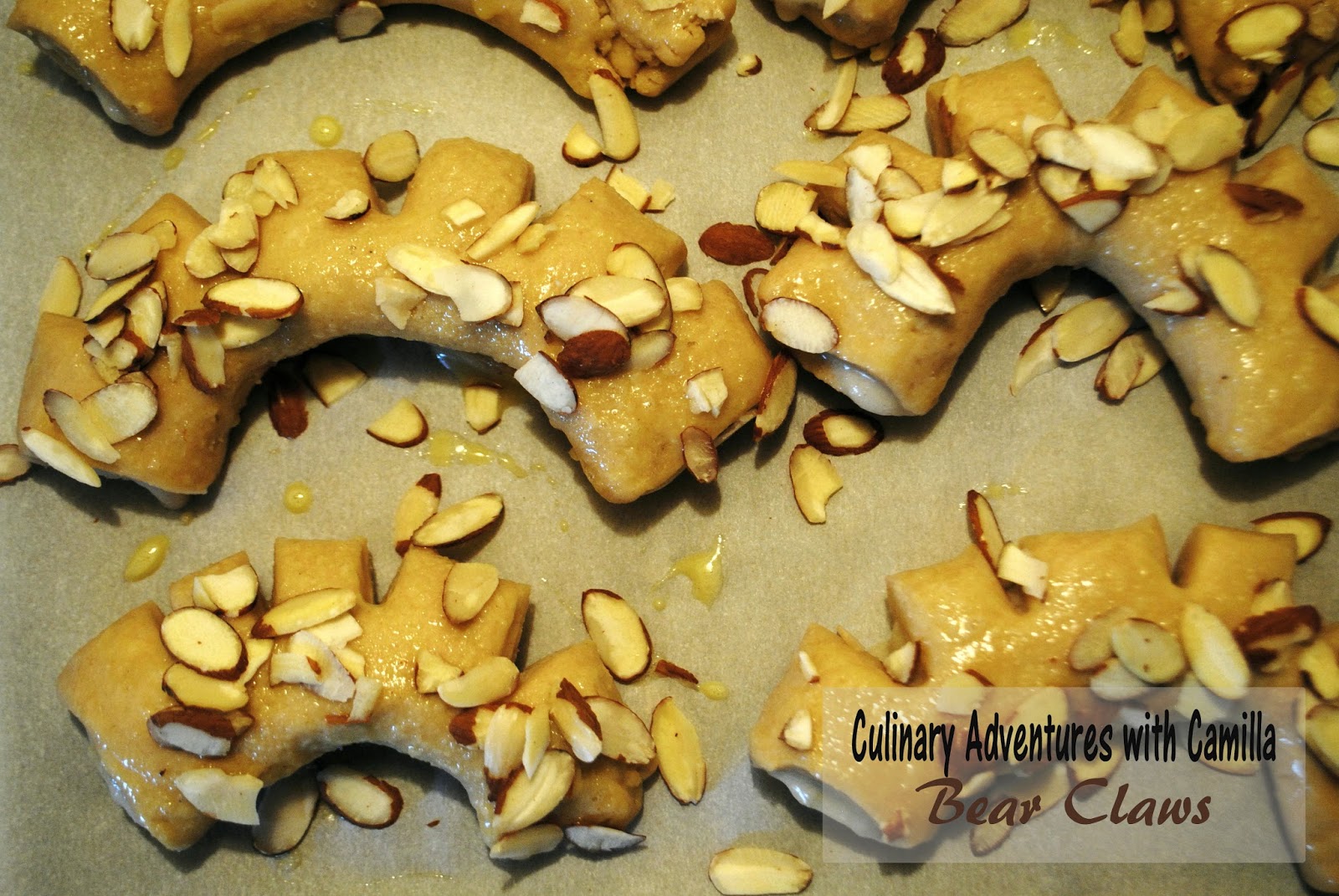 Bake for 25 minutes or until golden brown. Remove from pans to wire racks to cool. D was so excited about these! I was grateful that he did most of the work.