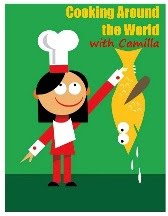 Continuing our tabletop travel for our Cooking Around the World Adventure this summer, we headed to the Seychelles next.

The Seychelles is a small island nation located in the Indian Ocean northeast of Madagascar and east of Kenya.

Seychellois cuisine is an alluring fusion of flavors from Africa, France, China, India, and England. Most Seychellois cooking is based on seafood and chiles. And since there is very little local transport of goods, ingredients are super fresh and often directly from a garden or fishing boat. With that in mind, I made a Seychellois fish curry for dinner. 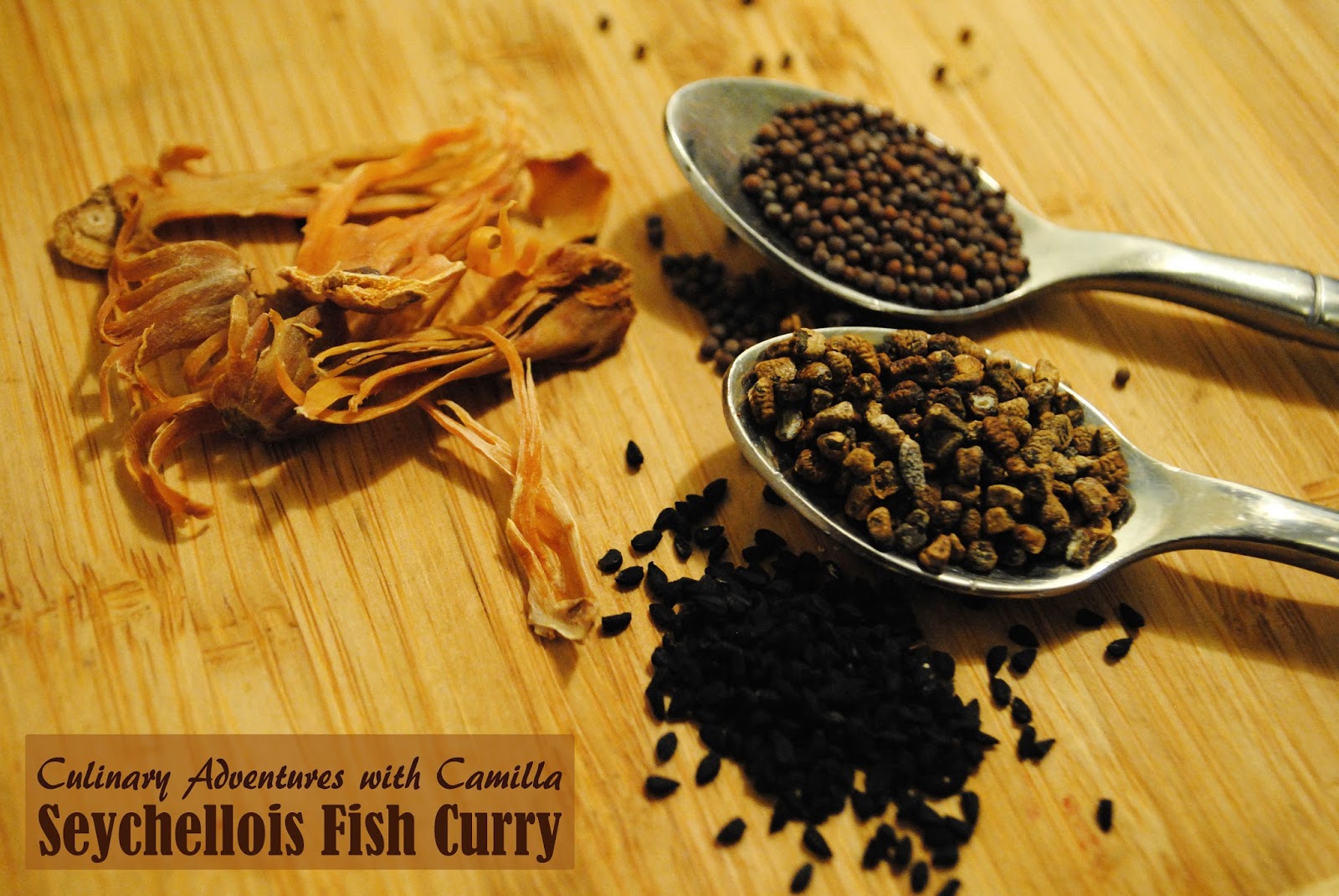 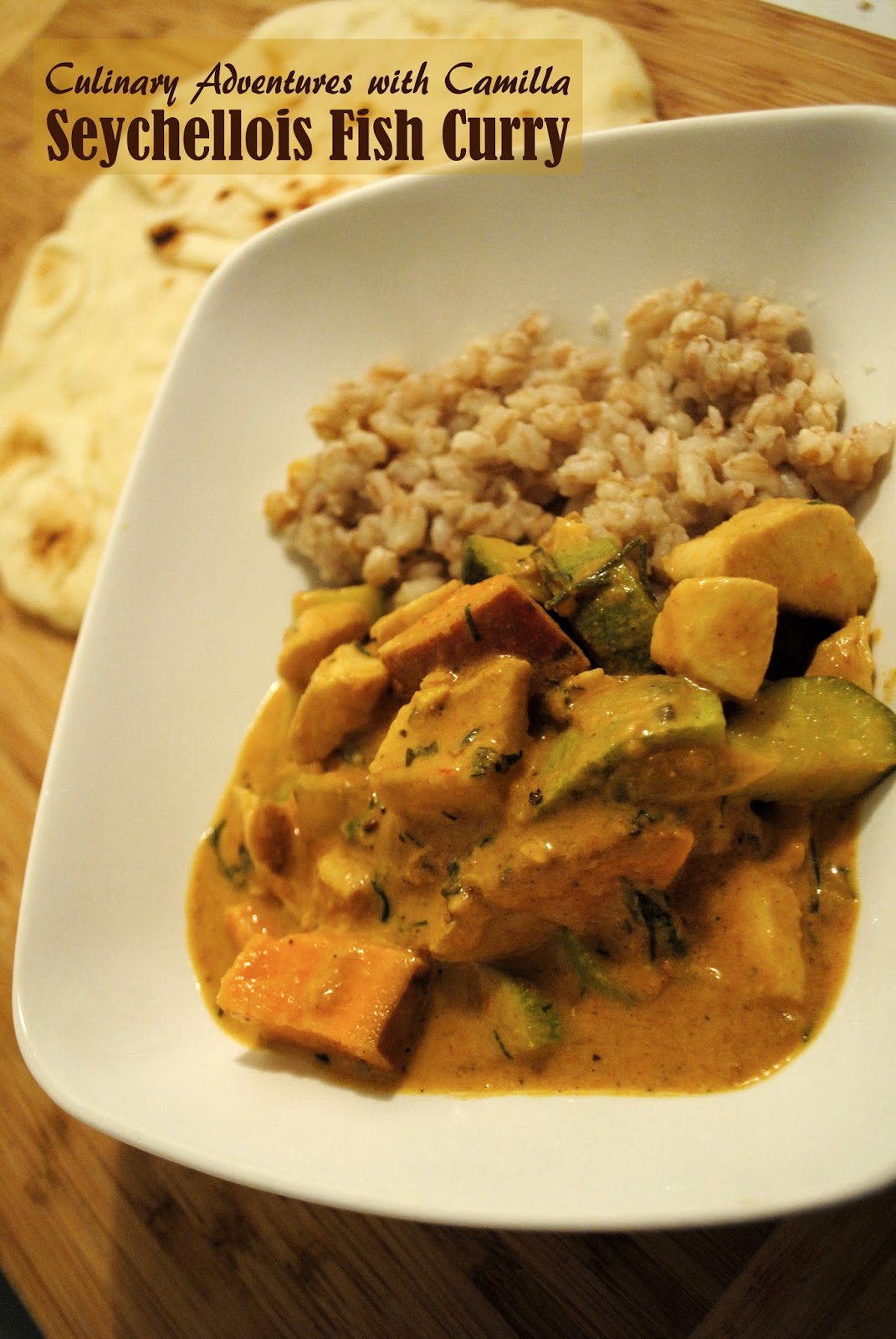 For the curry
Procedure
Grind finely the spices together in a mortar and pestle - or a coffee/spice grinder. I'm low tech! Cut the fish into bite-sized pieces, season with salt and pepper, and set aside.

Heat the oil in a heavy pan and fry the onion until beginning to caramelize. Stir in the massalé and cook for 3 to 5 minutes. Add in the vegetables, ginger, and anise seeds and cook until the sweet potatoes are fork tender. Pour in the fish stock and bring to a boil. Add in the pieces of fish and reduce to a simmer. 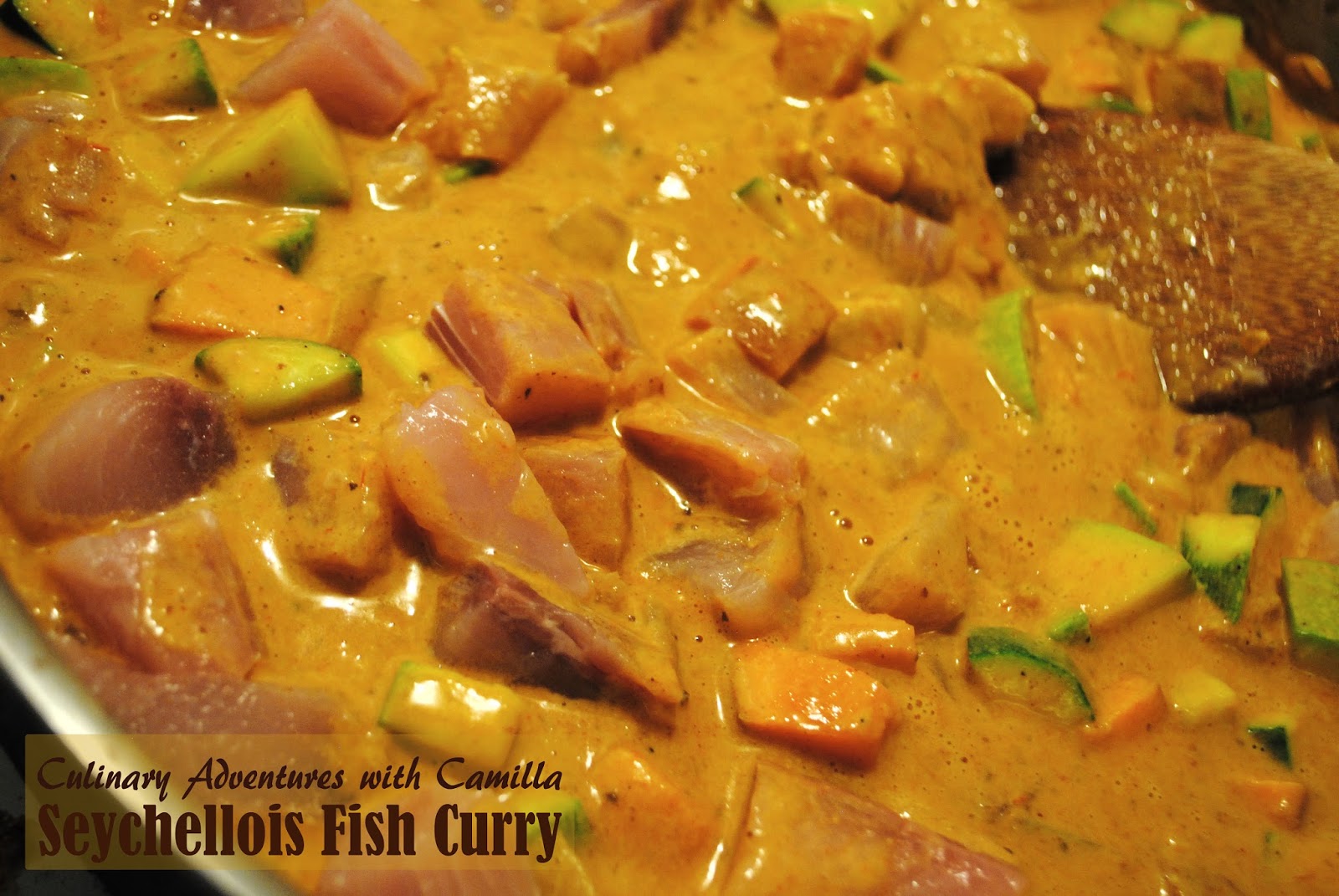 Cook for 10 to 15 minutes until the fish is cooked through. Stir in the fresh herbs to garnish and serve with cooked grain (I used barley which is completely non-traditional). 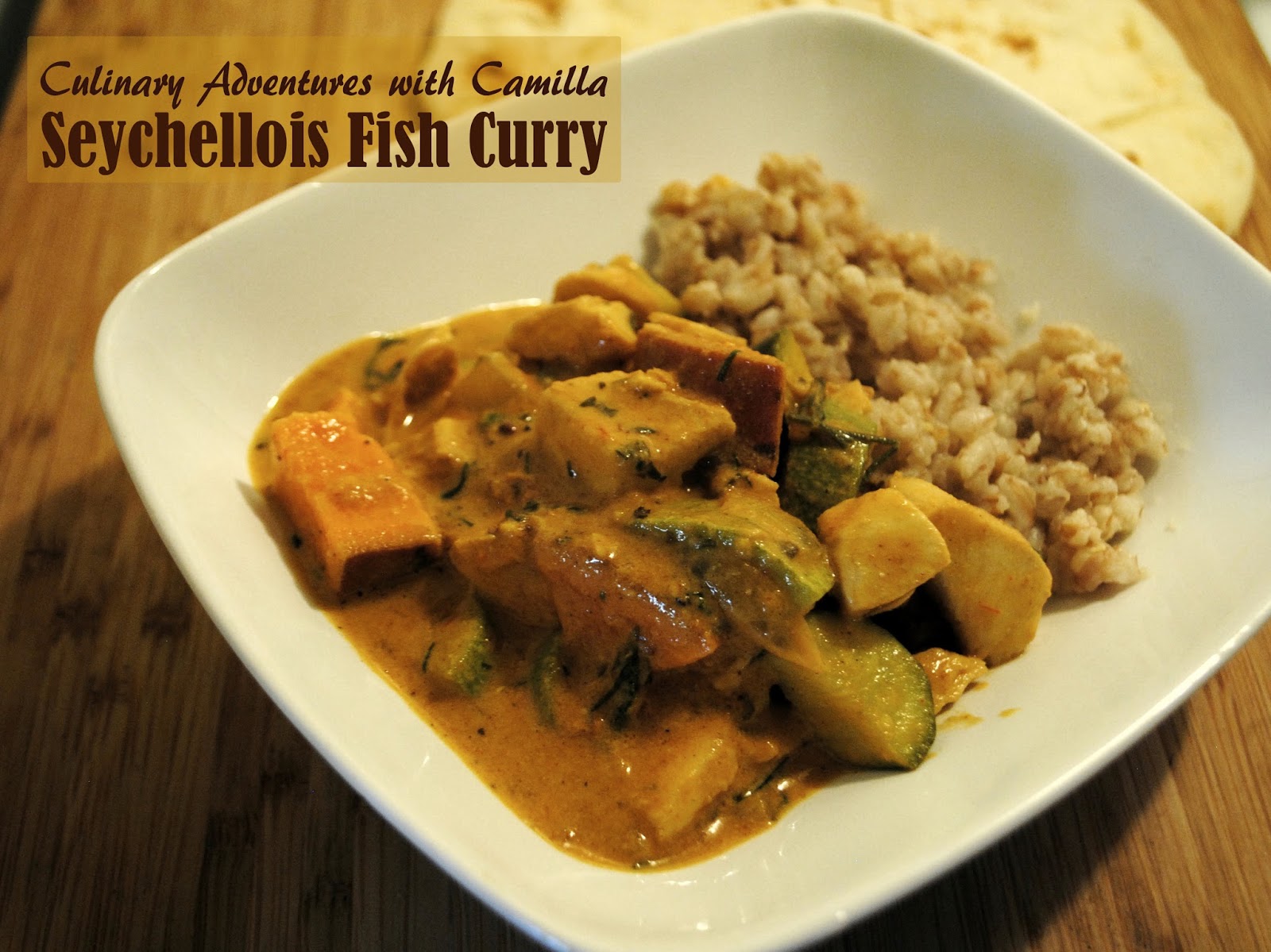 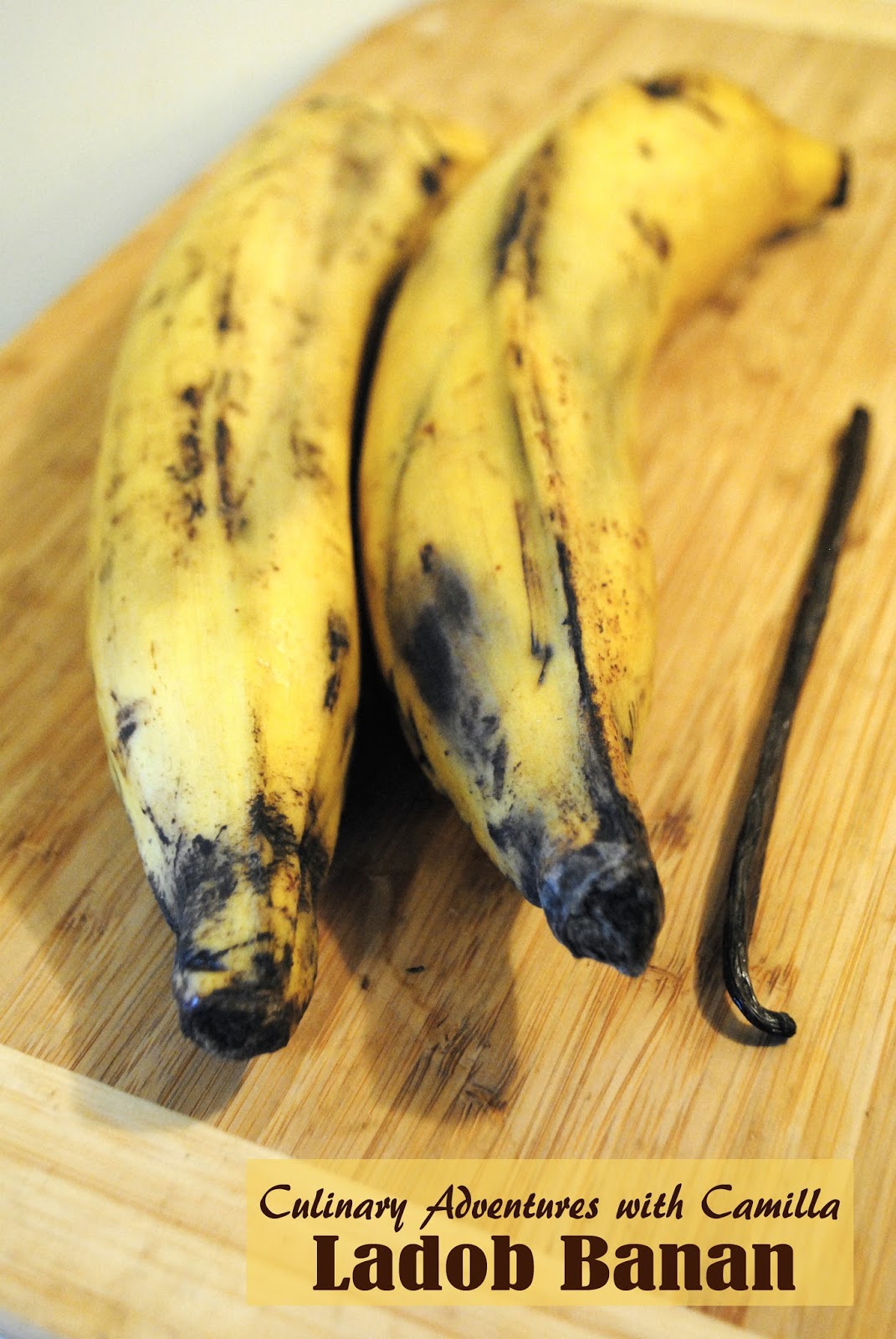 This is a traditional Seychellois (from the Seychelles) dessert of plantains cooked in lightly-spiced coconut milk until tender.


Procedure
Peel the plantains. Halve them, then cut in half lengthwise. Lay the pieces in a large saucepan then add all of the spices and the sugar. Pour in the coconut milk then bring to a brisk boil. Cook for 10 minutes then reduce heat and simmer, uncovered, for another 30 minutes until the plantains are completely tender. Remove the vanilla pod and divide the plantains into serving bowls or plates. 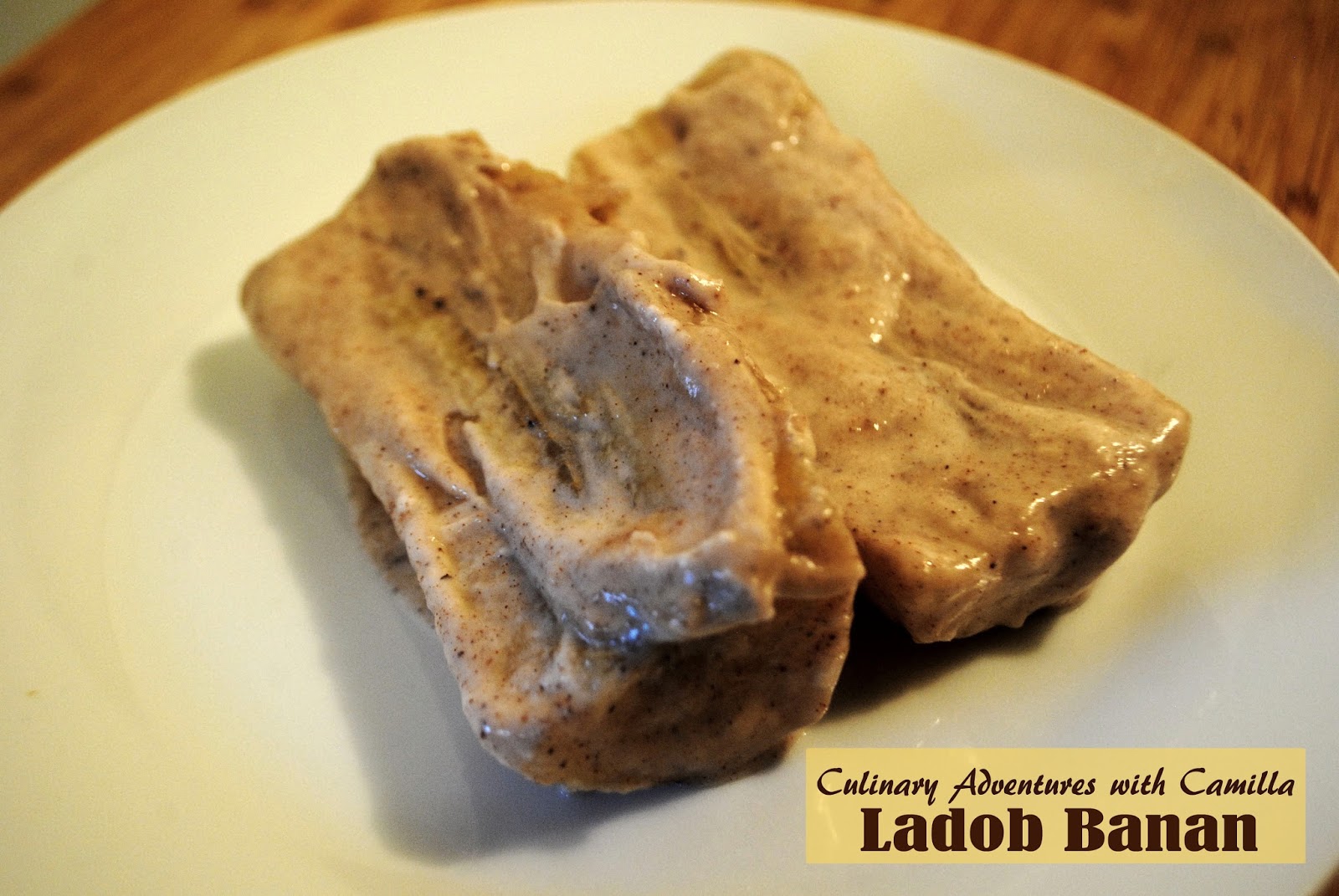 That's it for the Seychelles. We'll be heading to Sierra Leone next! Join us.