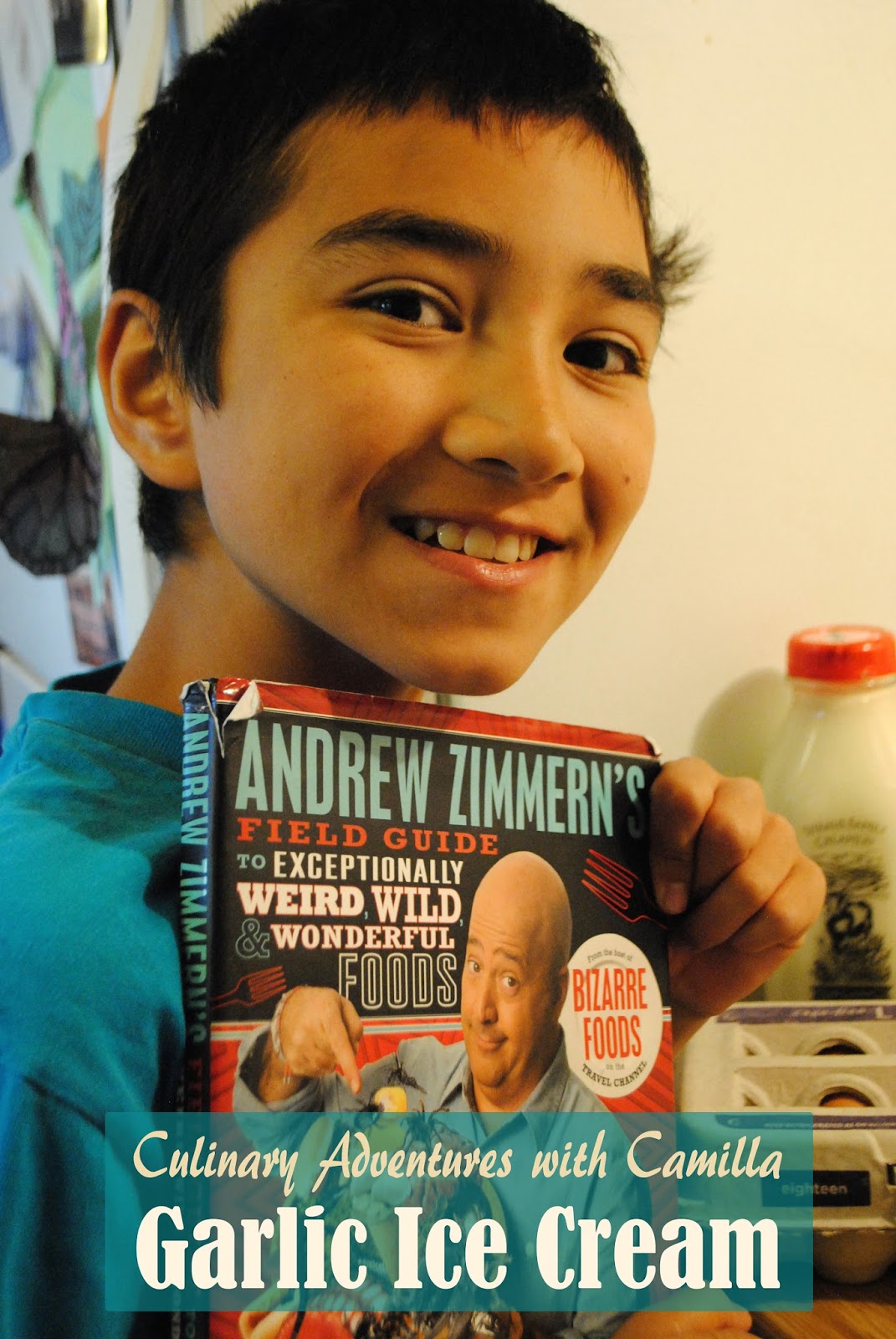 He's had the book for awhile. But he pulled it off the shelf this week and asked if I could take him to Whole Foods to get the ingredients. Okey dokey. I've never had garlic ice cream. This will be an adventure! He did adapt the original recipe a bit since he doesn't like his ice cream too sweet. I won't argue with that. 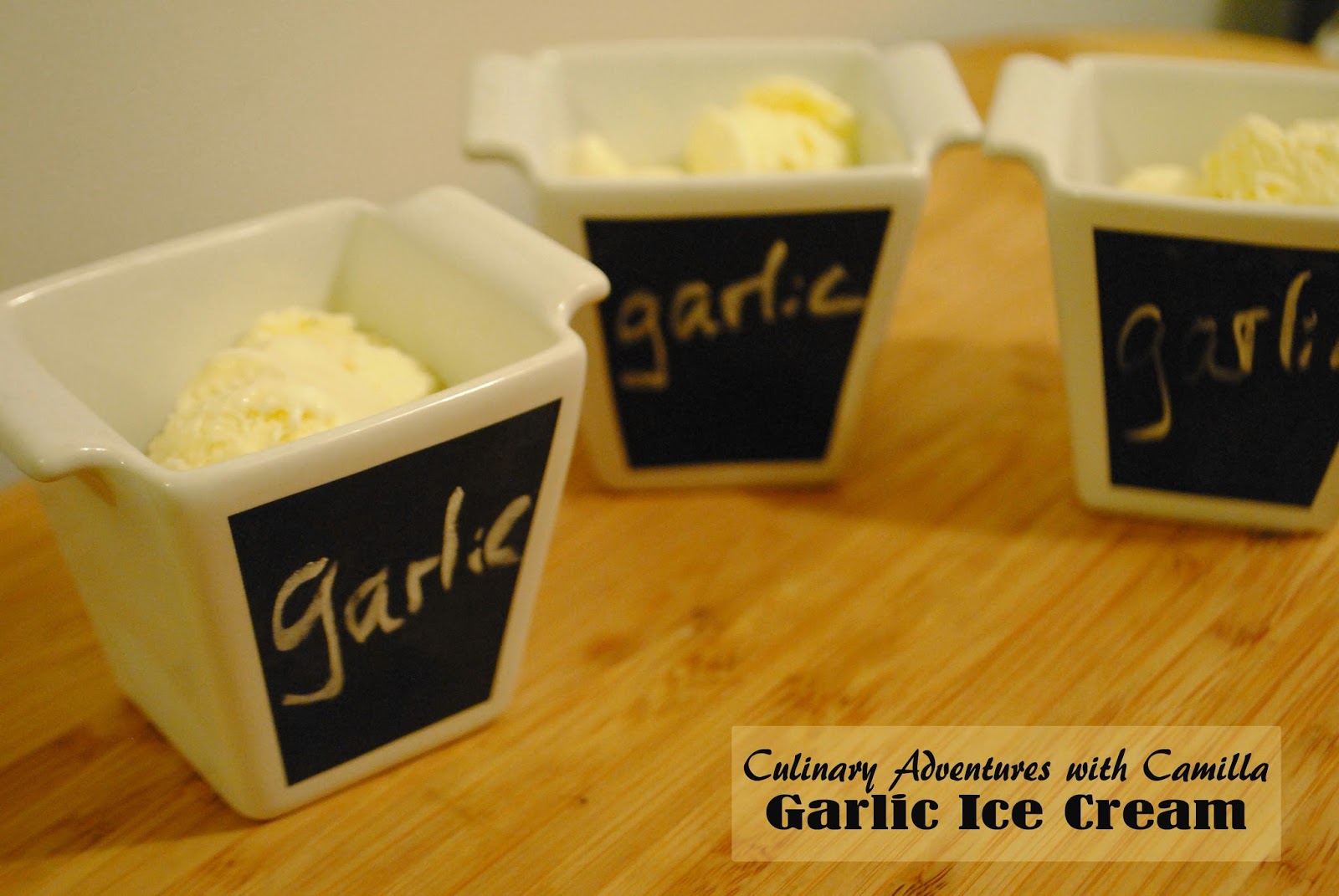 Procedure
Thinly slice the peeled clove of garlic. And scrape the seeds out of the vanilla pod. 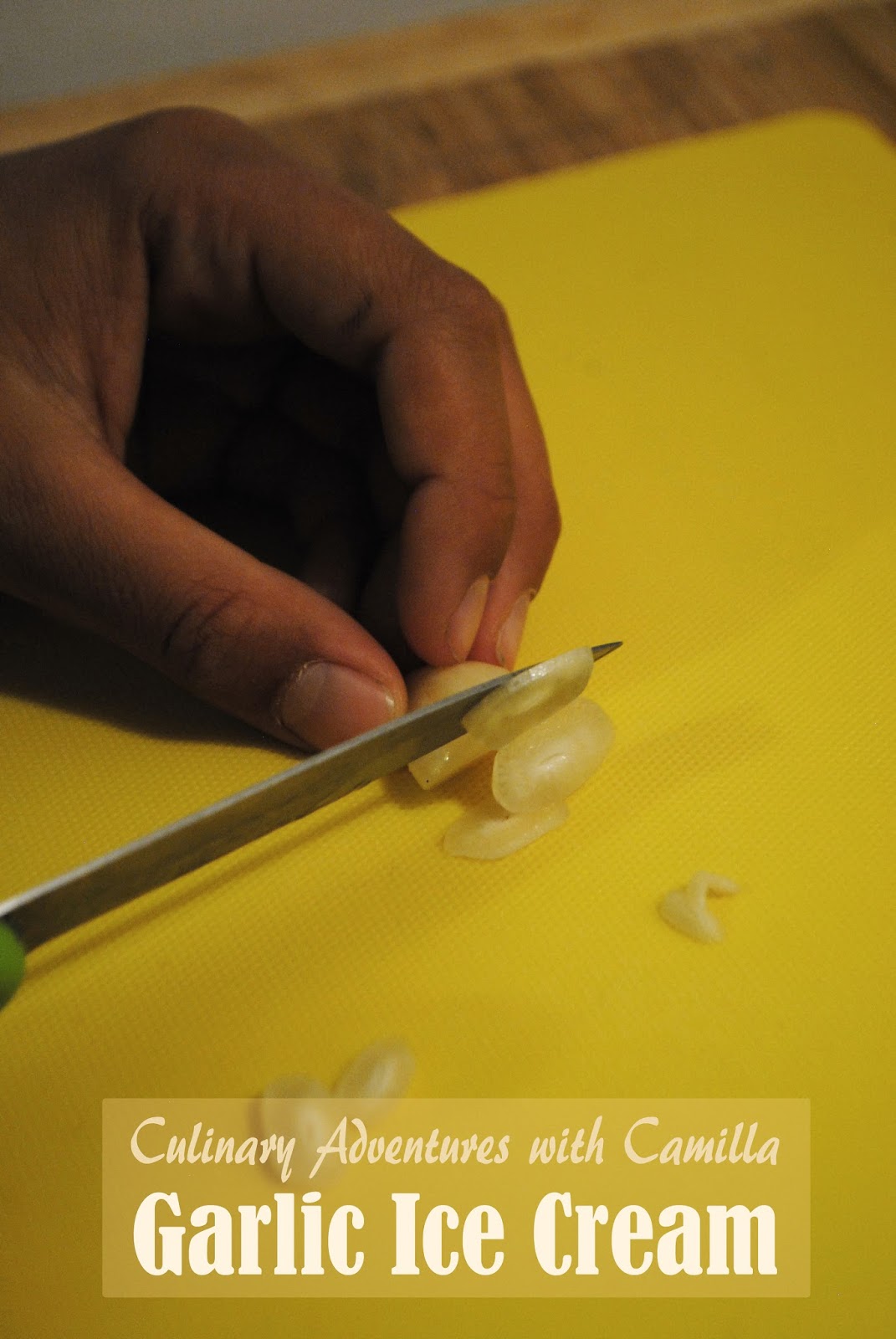 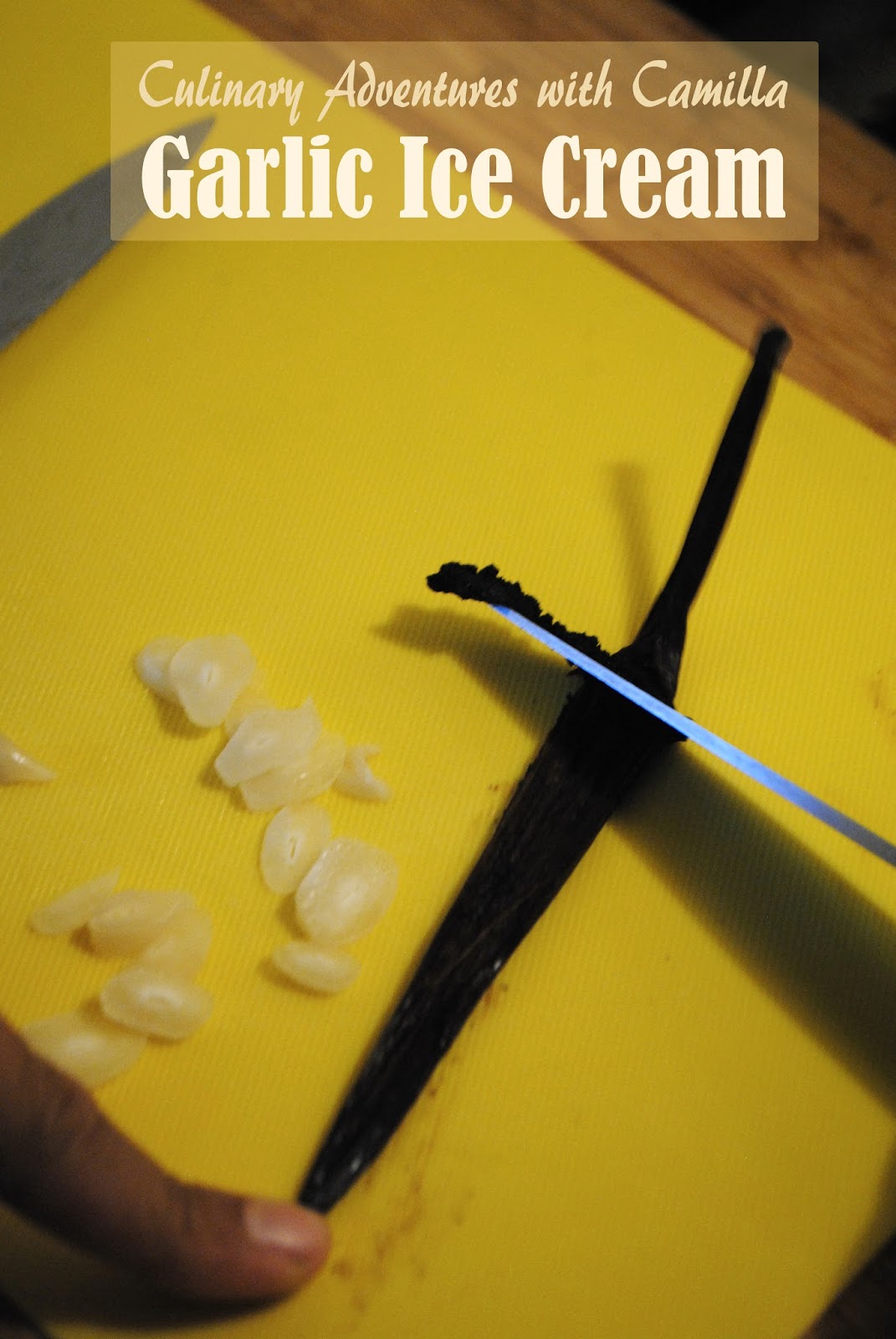 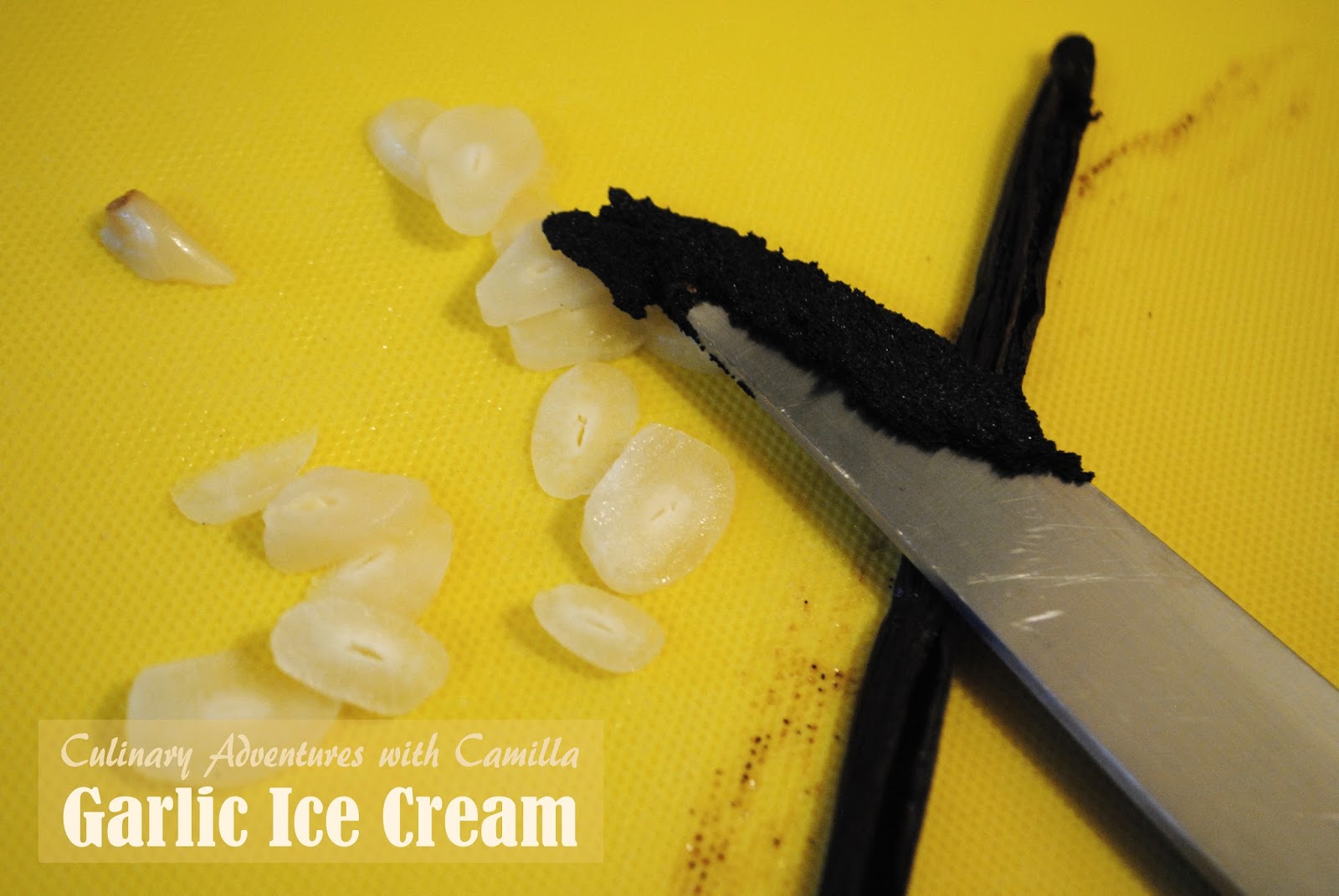 Separate the eggs. Reserve the egg whites for something else. Place the 8 yolks in a large mixing bowl. 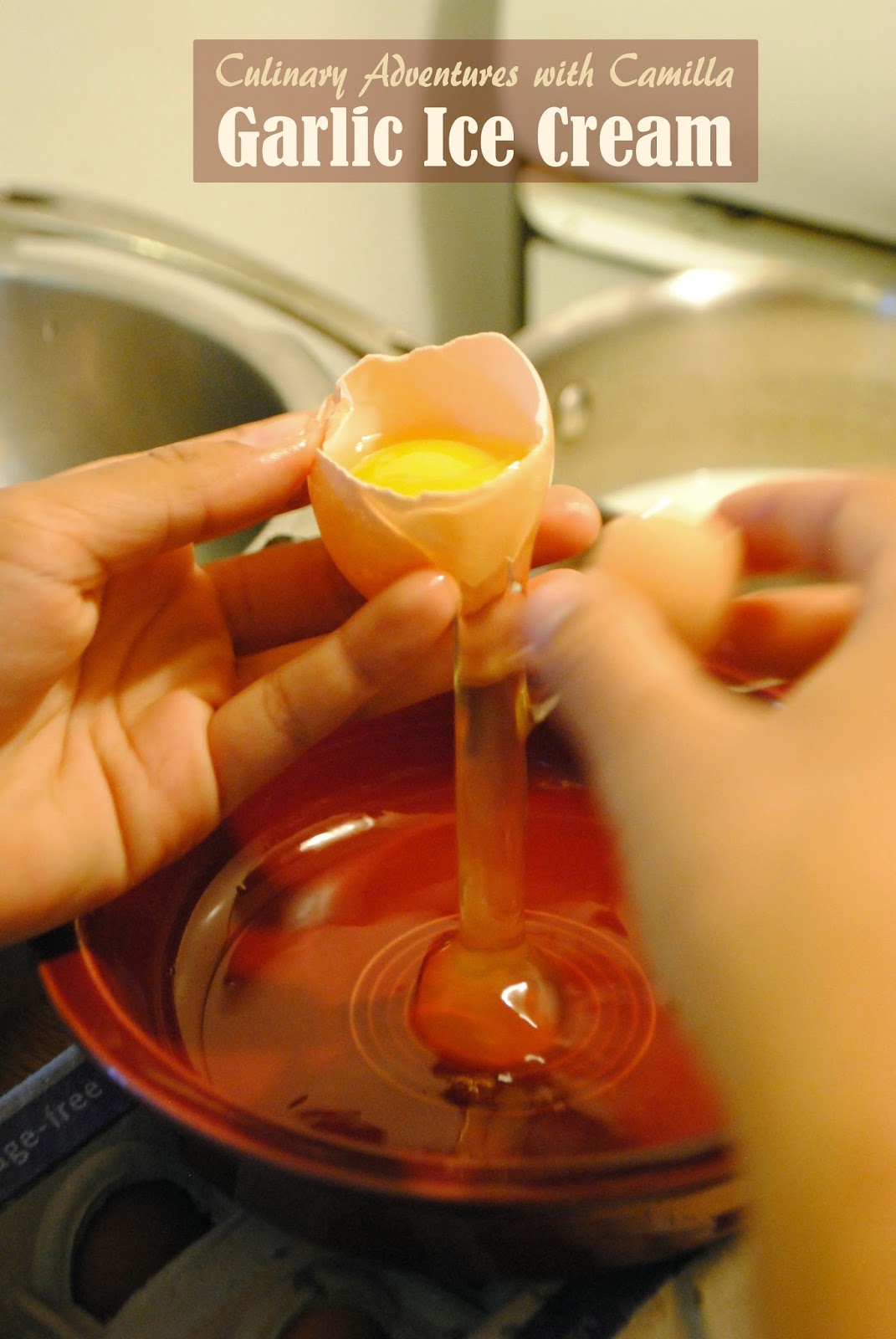 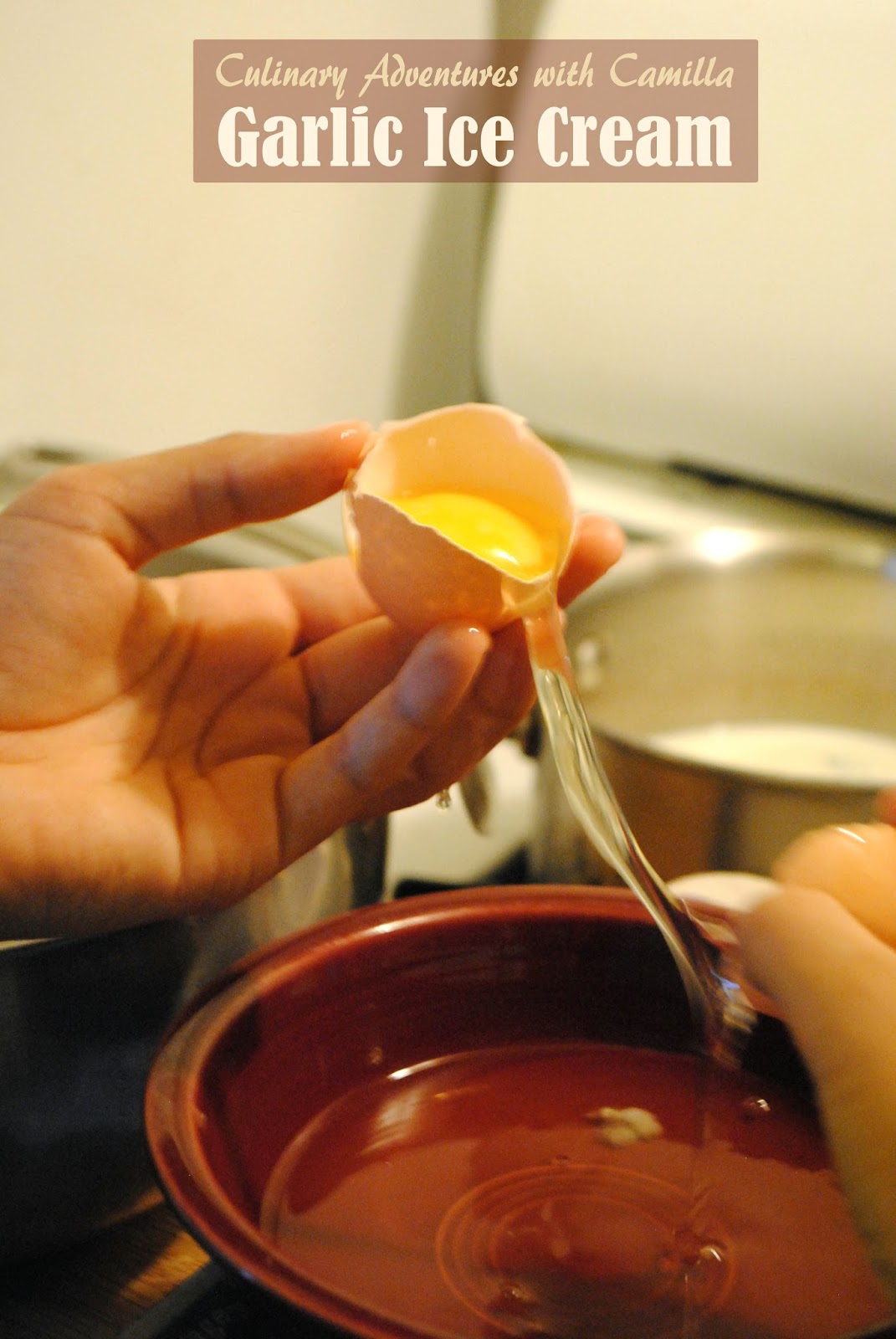 In a medium sauce pan, place the milk, garlic, and vanilla seeds and pod. Bring the milk to a boil. Remove from heat immediately. Add the sugar and heavy cream to the egg yolks. Whisk to combine. 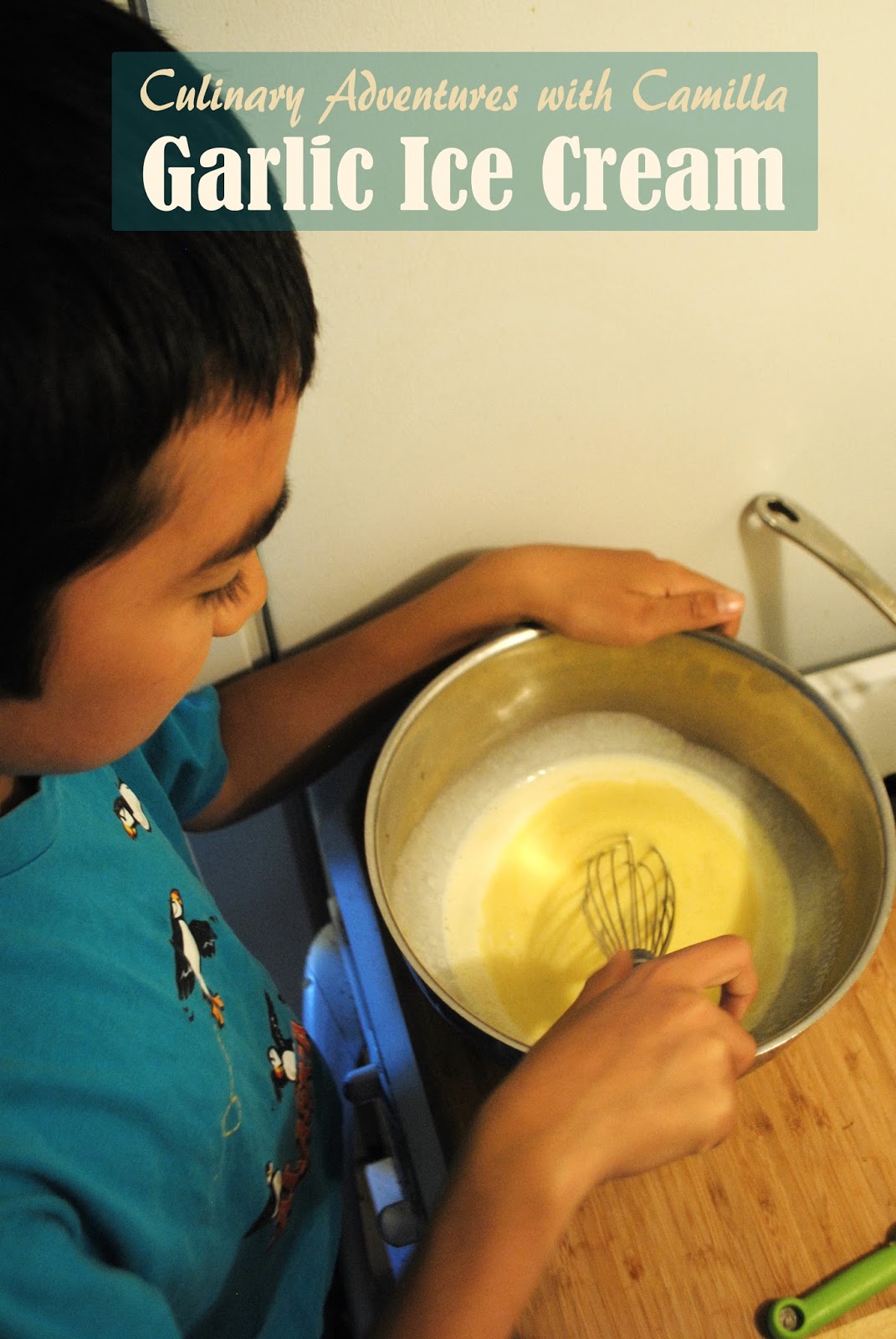 Strain the milk mixture into the egg yolks and pour into a large pot. 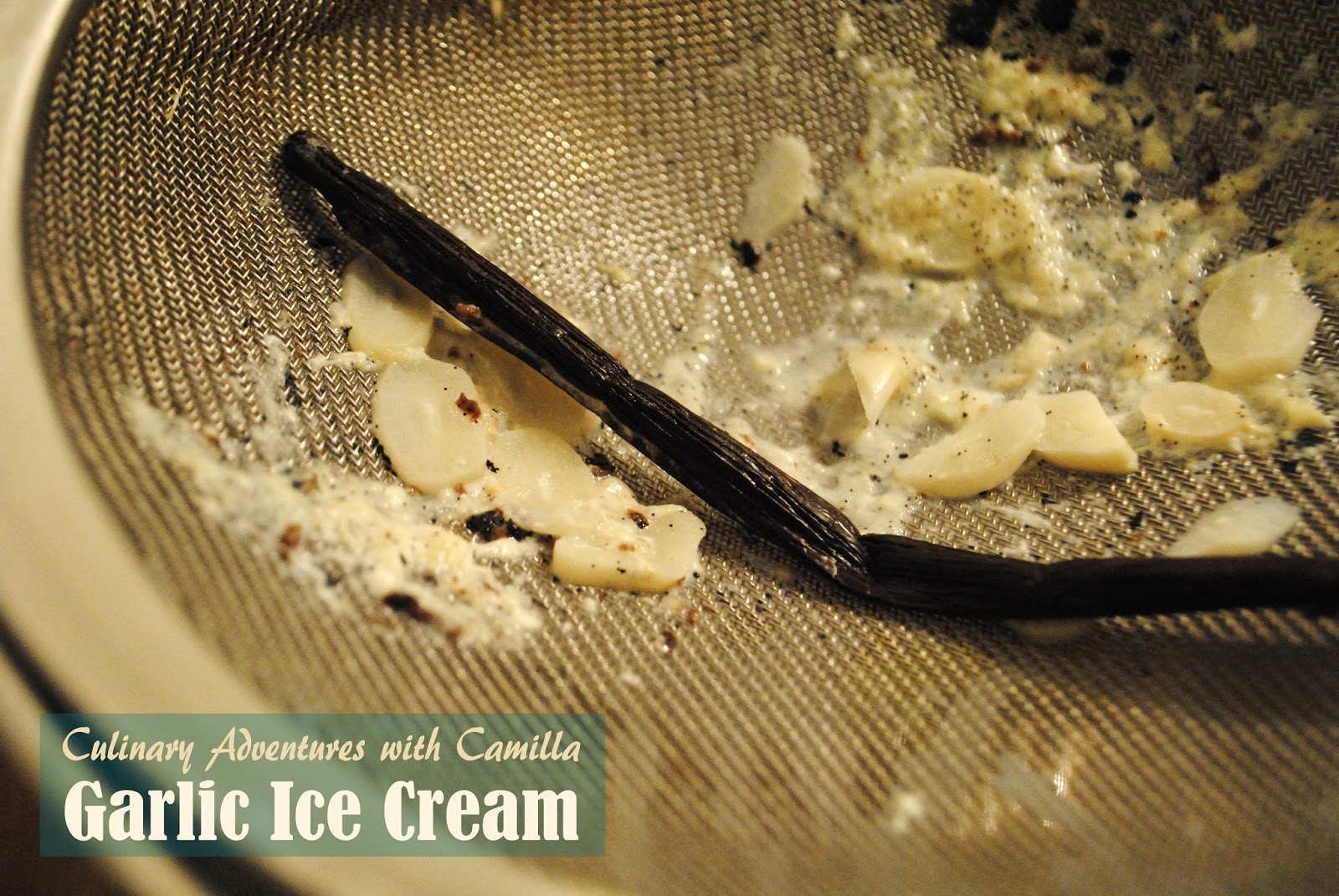 Stirring constantly, cook the milk-egg yolk mixture over low heat until it coats the back of a spoon. It took us about 20 minutes. You can chill this mixture over an ice bath to churn immediately. We opted to chill, refrigerate, and churn the following evening. 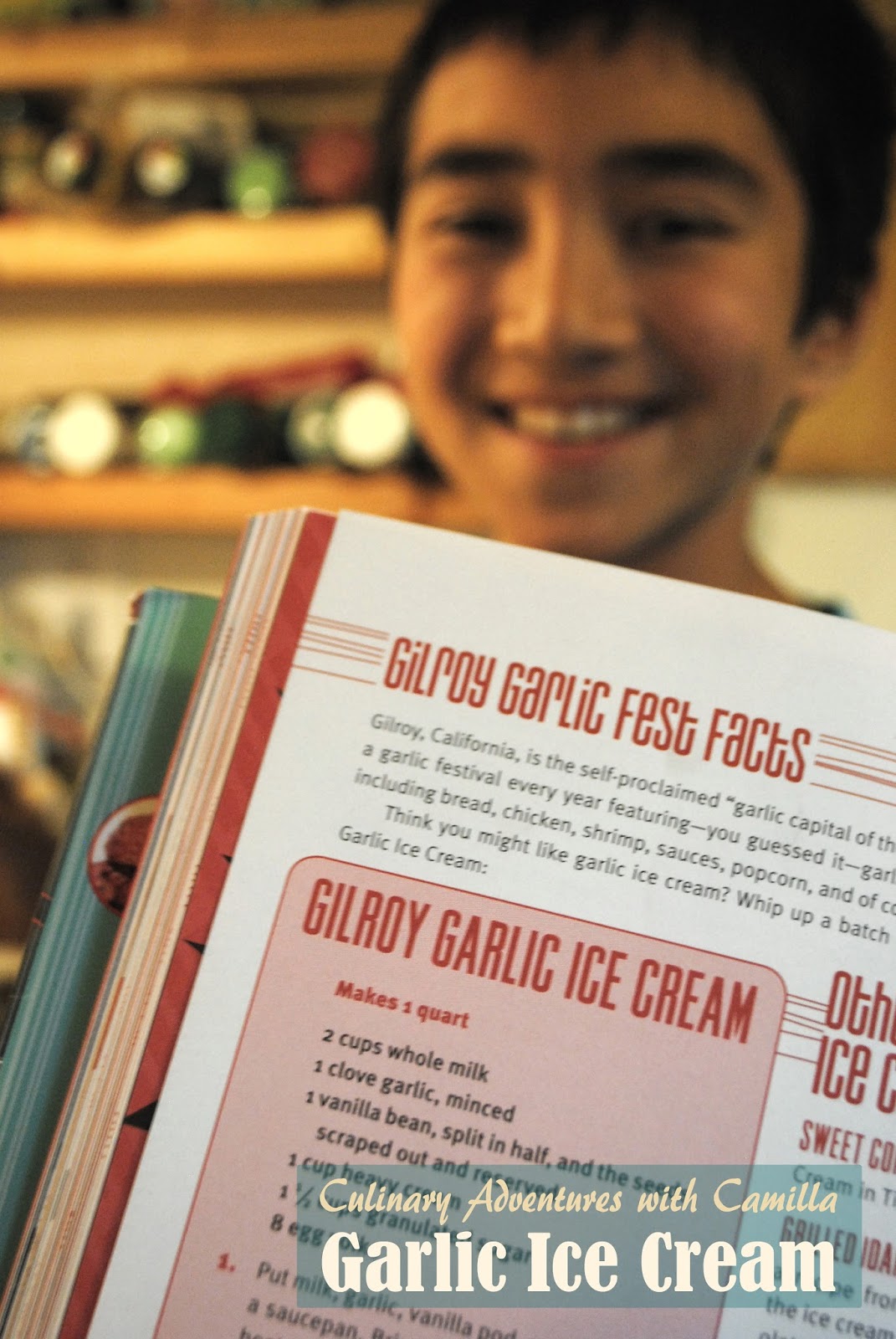 Churn ice cream according to your machine's specs. Spoon into a container and freeze for another 45 minutes to an hour before serving. 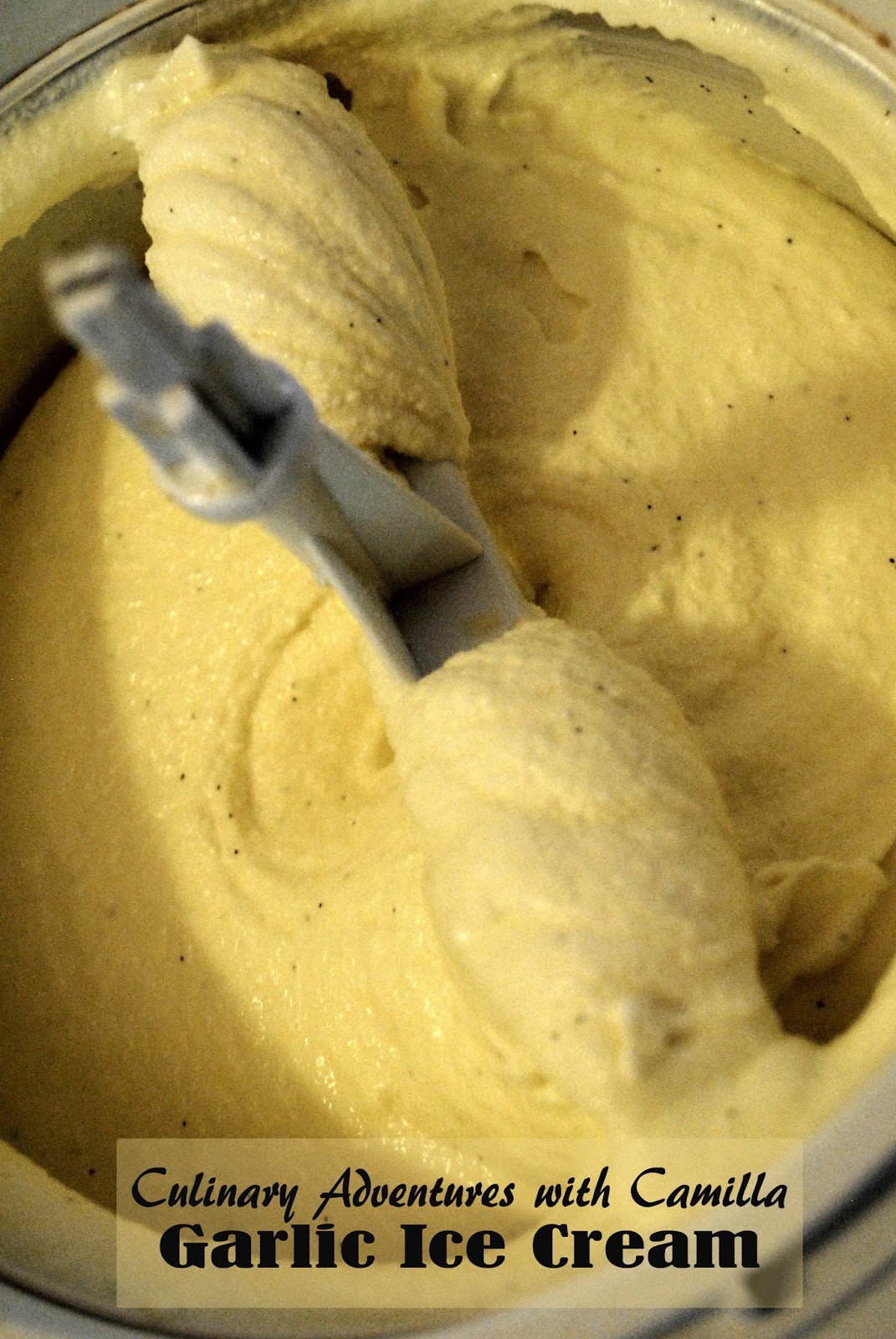 The moment of truth... 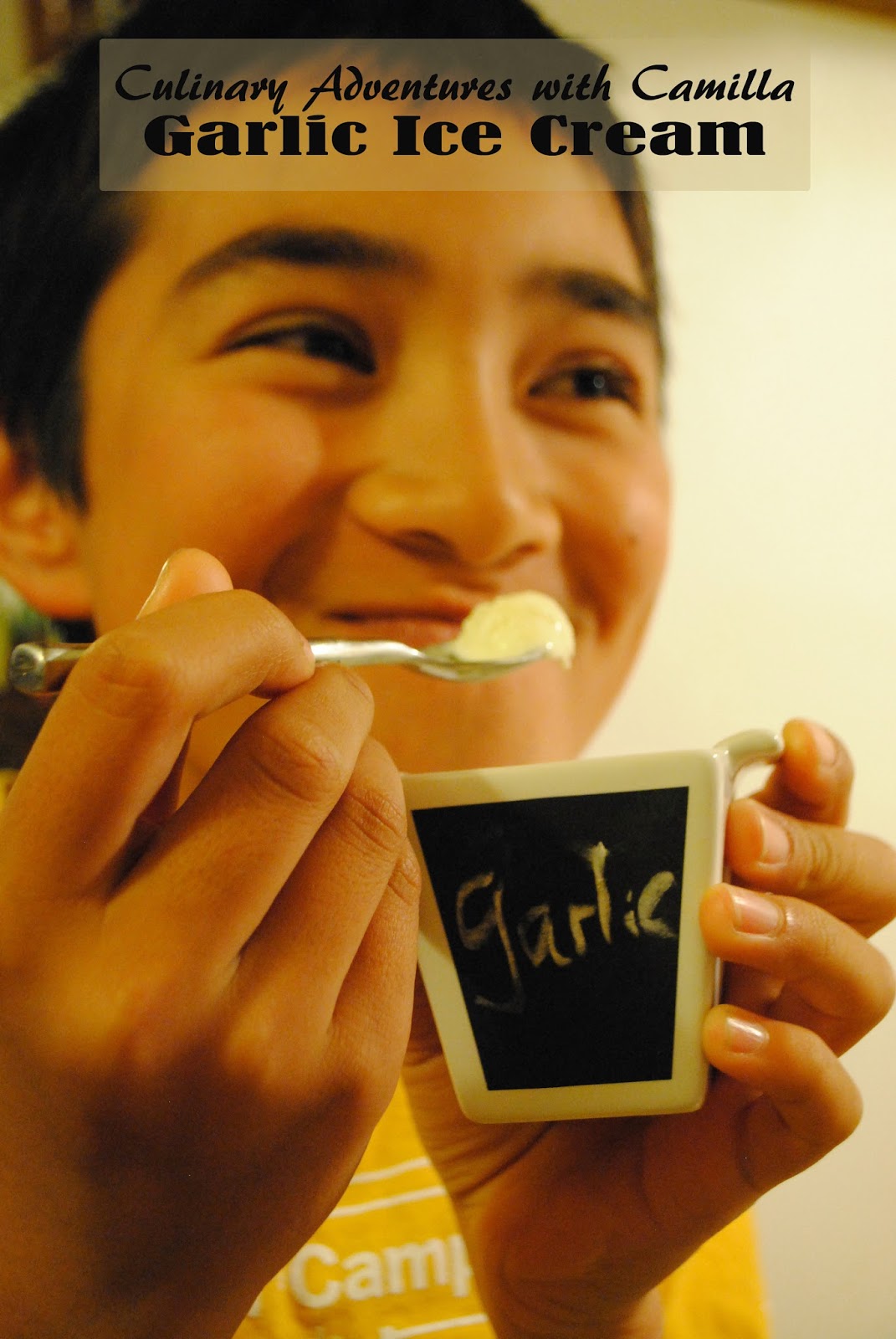 Jake only took one whiff and barely a lick. The boys and I finished our servings. But, I have to admit - it was not something I would want to make again...and I adore garlic. And the verdict: "Bizarre, but good."