Cooking Around the World: Haiti

On our Cooking Around the World Adventure, we're launching into the Hs of the world this week. And we begin with some table top travel to Haiti - in the Caribbean. Its official name is the Republic of Haiti and it occupies the western portion of the island of Hispaniola while the Dominican Republic lies in the east.

Haiti cuisine is similar to the rest of the Latin-Caribbean, the French and Spanish-speaking countries of the Antilles, with its primary influence being French and African cuisines. But it diverges where it embraces the native Taino and Spanish culinary techniques.

We opted to make Boeuf a la Hatienne (Haitian beef) for our main dish which I served over rice. And we had an orange juice-drizzled cake for dessert. Delicious! 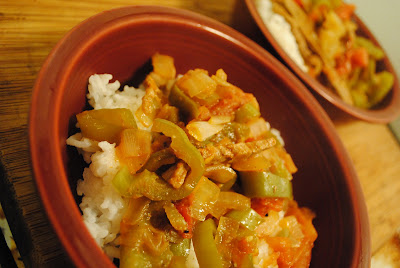 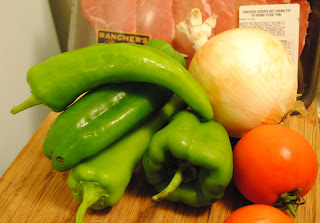 The recipes I found for Boeuf a la Hatienne called for three different colors of peppers; I just used the Corno di Toro (bull's horn) peppers I had from my High Ground Organics CSA...and the beautiful tomatoes, too.

Place the beef, covered in water, in a large pot. Bring to a boil, reduce heat, and simmer - uncovered - until the beef is tender and water is gone. That will probably take about 45 minutes.

While the beef is cooking, heat the oil in another pan. Saute the onions and peppers till they are wilted. Add the onion and pepper mixture to the beef. Add the tomatoes and cook until the tomatoes become saucy. Add the vinegar, salt, and pepper. Cook until almost all of the liquid is evaporated. This might take another 20-25 minutes.

Season to taste. And serve with rice or fried green plantains. 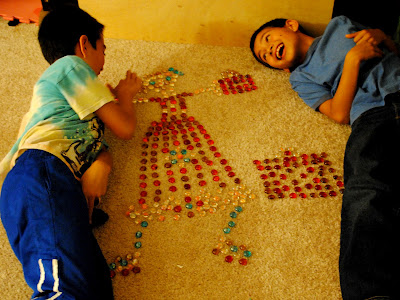 This cake filled our house with an amazing aroma and the boys created art with beads while they waited, impatiently. Every third bead placed was accompanied by a holler: Moooooom, is it done yet?! Mom, when is the cake going to be done? 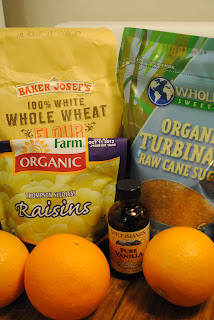 Spoon the batter into a buttered baking dish. And bake for 30 minutes. Prick the cake all over with a fork and drizzle the orange juice over the top of the cake. Return it to the oven for another 30 minutes. 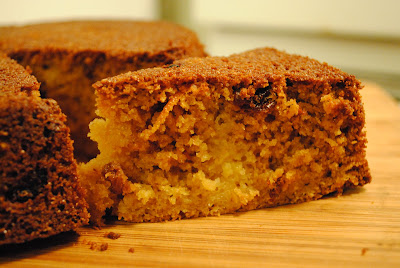 We're headed to Honduras next and I'll take a pass on Hungary since I cooked a Hungarian feast for Jenn's birthday one year...I'll share the recipes again.