Cooking Around the World: Georgia

By Camilla M. Mann September 15, 2012
Somehow I neglected to blog about a few of our tabletop travels. So, before we launch into the next letter of the alphabet, I figured that I needed to wrap up all the straggler posts I owed. First up: Georgia. 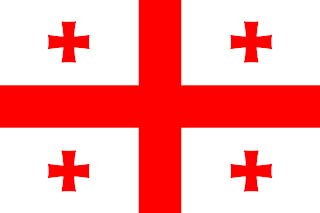 Georgia is a sovereign state in the Caucasus region at the crossroads of Western Asia and Eastern Europe, and bordered by the Black Sea in the west, Russia to the north, and Turkey and Armenia to the south.

Georgian cuisine reflects influences from Middle Eastern and European culinary traditions, utilizing a wide variety of herbs and spices...and nuts. I loved that many of the recipes featured walnuts. While we didn't have time for a supra, or feast, during this dinner, I can get behind a tradition where a large assortment of dishes is prepared, copious amounts of wine are poured, and the dinner can last for hours. There's also the prized role of the tamada, or toastmaster. I'll have to give some thought as to who gets that role...when I get around to hosting a supra of my own.

This time around we cooked - and ate: 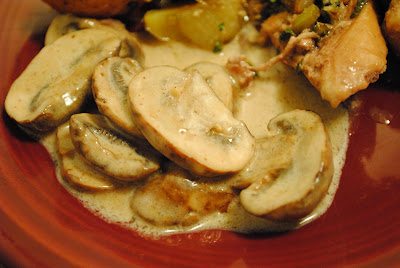 Melt butter in a saucepan and toss the mushrooms to coat. Season lightly with salt and pepper. Add the cream and bring to a simmer. Toss in remaining ingredients and cook until the liquid is absorbed, about 40 minutes. Serve hot. 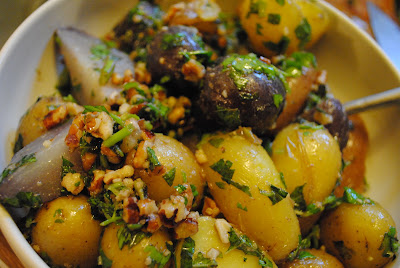 1 lb of potatoes (I had a mixture of Desiree potatoes from our CSA box and some purple potatoes from Trader Joe's)
1 leek, trimmed and thinly sliced
butter
1 C nuts (traditionally, it's made with walnut, but we're walnut-averse, so it was pecans for us)
1 T minced garlic
freshly ground salt
freshly ground pepper
mixture of fresh, chopped herbs (I used cilantro, parsley, and dill)
2 T balsamic vinegar (traditionally, it calls for red wine vinegar)

Boil the potatoes until tender. In a large saucepan, saute the leeks in butter. With a mortar and pestle, grind the nuts with salt and pepper and add it to the leeks. Stir in the herbs and vinegar. While the potatoes are warm, cut them into cubes. Gently fold them into the nut mixture. Serve at room temperature, garnished with more fresh herbs. 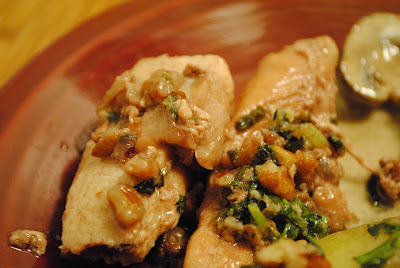 Roast the chicken breasts in the oven. Let them cool slightly and slice thickly. In the meantime, cook the leeks and garlic in a large saucepan until they are softened and slightly browned. In a mortar, crush the nuts, coriander, and fenugreek. Add that to the leek-garlic mixture and pour in the chicken broth. Simmer for 15 minutes. Add the chicken and remaining ingredients. Simmer for another 5 minutes. Serve hot.

Wow! What a feast this was. Delicious and full of flavor. To cap off the dinner, I added some cardamom pods to our post-dinner coffee. 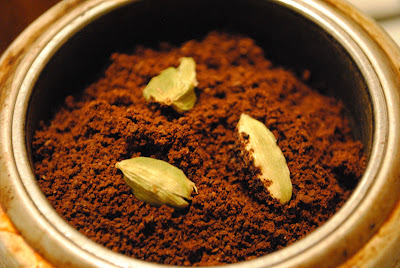