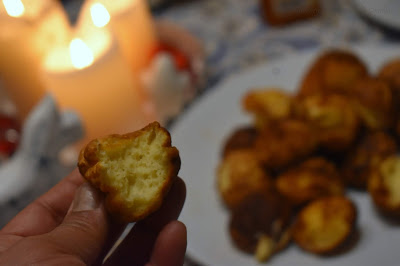 Welcome to our final 2019 post for our Eat the World project, being spearheaded by Evelyne of CulturEatz. Here's her challenge. This is definitely one of my favorite monthly projects.

And so far this year, we've traveled by tabletop to Ethiopia, England, Georgia, Cambodia, Israel, Finland, Puerto Rico, Egypt, Ukraine, and Portugal. But, for the final installment, Evelyne just wrote: "This month we are doing a Christmas/holiday dish or sweet from around the world. Pick your own country, maybe from your ancestors or one you do not know what they serve during the holidays. Join us on December 10th, 2019 10 am with a holiday recipe."

I was really torn. I thought about posting roasted chestnuts and torrone from Italy and wishing you all 'Buon Natale!' I considered going to a completely new-to-us country and researching their holiday traditions. But, when December started and Jake and D put up a Nisser Forest, instead of a Christmas tree, I just knew we were headed back to Denmark for this post! 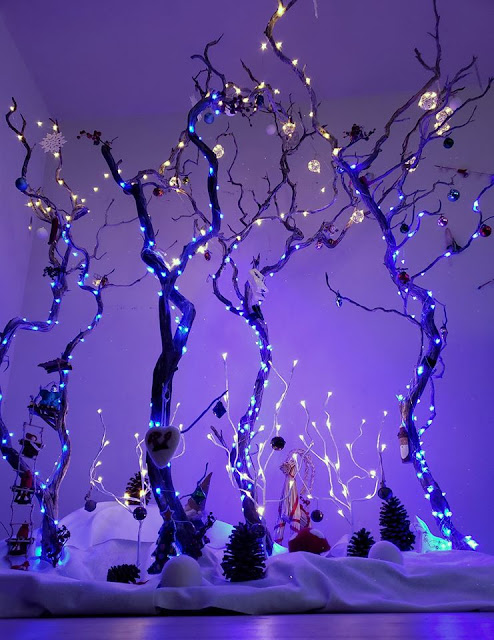 Nisser are Danish Christmas gnomes and D loves them. Check out the larger-than-lifesize one that he came across at Aarhus Street Food! 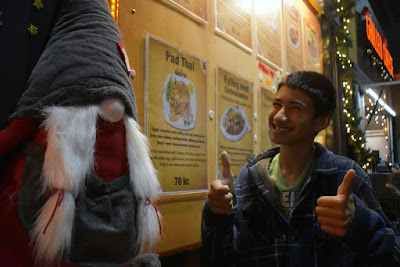 He is using them as the counters for his advent calendar this year. So, everyday this month, they pick a nisse to come out and play. And since we didn't have twenty-five of them, he and I made some more! 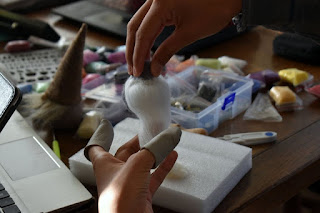 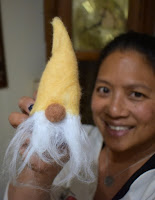 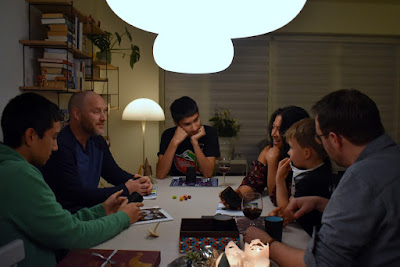 Last December the Mann clan flew to Denmark and spent the holidays with two different families there. The Novaks live in Lynge (we've known them since R was in kindergarten); the Frydenholm Mortensens live in Ry (I've known Rikke since I was 24 years old; we met when we were both working in Rome). We split our time pretty evenly between the two households and spent our final evening in Copenhagen on our own. We did see some sights and visited museums. But mostly, we ate, drank, played games, and spent much needed time with these friends. Here are some of our favorite Danish holiday eats... 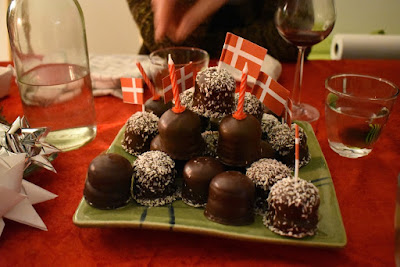 We arrived on D's 15th birthday - after being on airplanes and in airports for almost an entire day - and Stella, Danya, and Ulla greeted him with a platter of Flødeboller, chocolate-covered marshmallow treats. 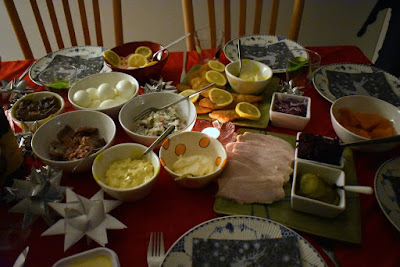 For Christmas lunch, we enjoyed smørrebrød, open-faced sandwiches with everything from meats to spreads and pickles. 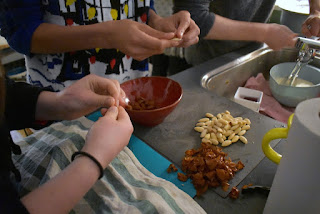 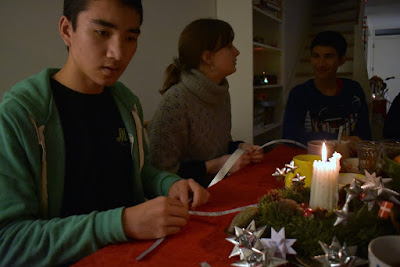 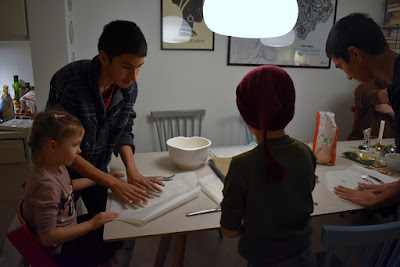 When we went to Ry, our meals were less traditionally Danish, mainly because Rikke and I both seem to still cook mostly Italian. One evening we had the Kitchen Elves and Gnocchi Nisser make dinner. 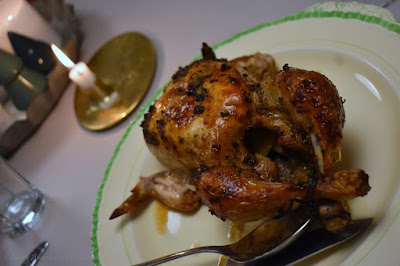 And another night I roasted a Peruvian-inspired chicken. 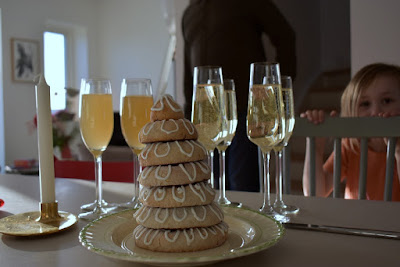 But, before we left Ry, Rikke made her Kransekage a few days early for us. It's normally a new year's eve tradition. We enjoyed and lifted glasses of Italian bubbles to celebrate. I might have shed a tear or two as we said goodbye to our favorite Danes! 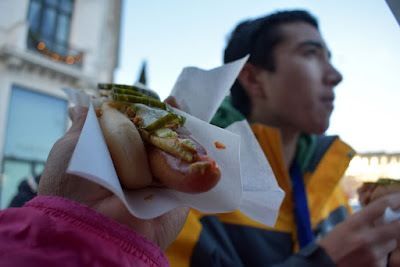 And just before we crashed at the hotel for our last night in Denmark, R and I ate like the Danes...from a Pølsevogn, that's a hot dog cart. Jake and D had gone back to the hotel, but R and I ordered the traditional Ristet hotdog med det hele. 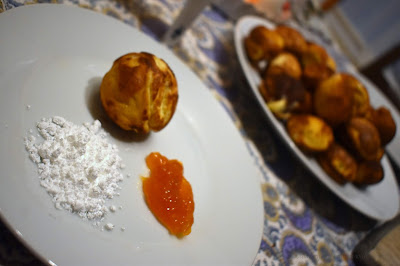 When I was thinking about what to share for this, the boys were adamant: Æbleskiver! We enjoyed Æbleskiver a few times while we were in Denmark last year. And I was determined to make them here in California!


Sometimes there are words in other languages that make so much more sense than in English. Take 'grandmother' and 'grandfather' as an example. When mine were alive, they were 'Grandma Meling' and 'Grandpa Joe' to differentiate them from 'Grandma Eva' and 'Grandpa Marc.' So, when Jake and I had the boys, we decided to keep it simple and have them call my parents by the Italian words for grandparents - Nonna for grandmother, Nonno for grandfather, and Nonni collectively - while Jake's parents would be Grandpa and Grandma. Actually, R started calling Jake's dad 'Poppa' when he was a toddler and that stuck; now they are Grandma and Poppa. But we still have four distinct words/names for our parents. 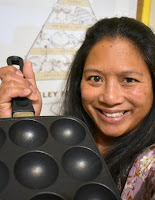 So, when I posted a note to Rikke that I was ready for her grandmother's Æbleskiver recipe, she sent me this. I knew exactly whose mom's recipe it was. 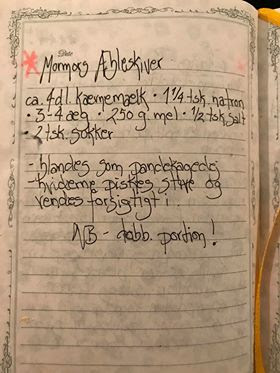 Also, a quick note about the pan. There are less expensive versions out there. But (1) I trust the Scanpan brand, (2) it's actually from Denmark, and (3) I  figured I would find other recipes to not have this be a unitasker kitchen pan. I'll be trying takoyaki soon.

While most of my recipes use cups, not grams, I did pull out my scale just to make sure that I was staying true to Mormor Agnes' recipe. Rikke said she doubles the recipe, so I did the same. 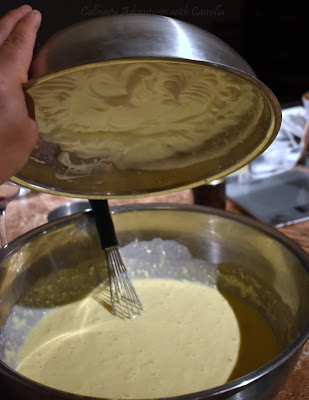 Also, I was dubious when Rikke typed, "...beat the eggwhites until you can turn the bowl upside down without the eggwhites falling out of the bowl. (As a child - that was my job: eggwhite-tester!)" I pictured eggwhites all over my counter or floor. But, I trusted her and I did it. 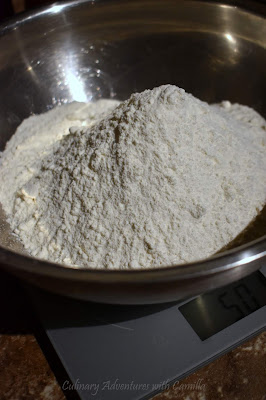 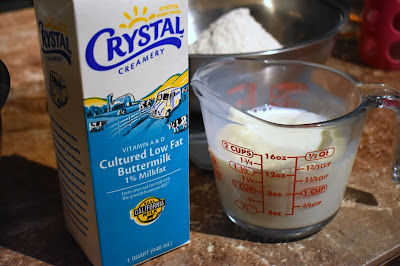 Separate the eggs, placing the yolks in a bowl with the flour, salt, sugar, and baking soda. Whisk together with the buttermilk. 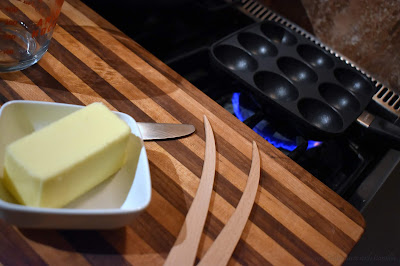 Heat the pan until it is more than warm to the touch. Melt a little butter in each hollow. 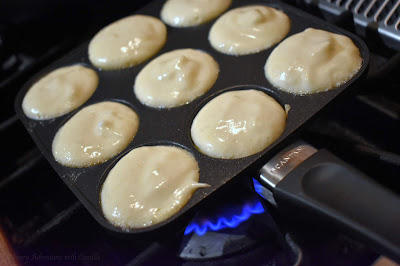 Fill it up with batter till just below the edge. It will puff up a little bit as it cooks. If you want to add apple slices or applesauce, you should do it at this point. 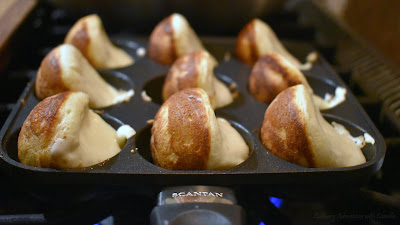 After a few minutes, turn the æbleskive a quarter of a round. 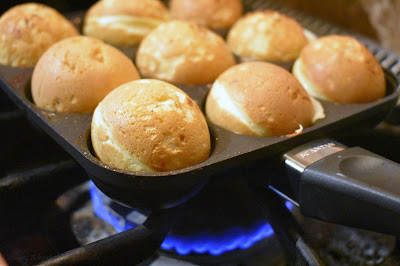 And after another minute, turn the last bit, completely the round. Make sure that it is properly baked on the inside! 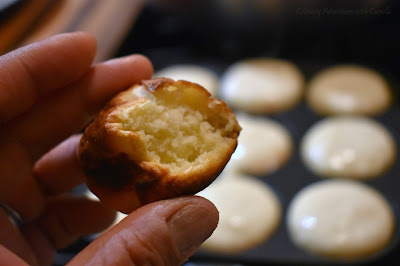 Of course I had to taste-test one while I was making them! Yum. 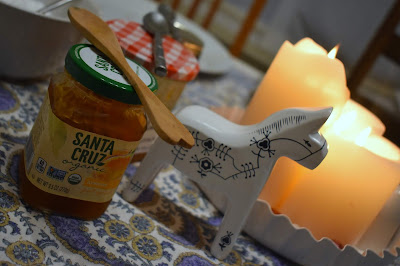 When we were in Denmark, we ate Æbleskiver with raspberry jam and Nutella. I served this batch with some apricot jam I had in the fridge. 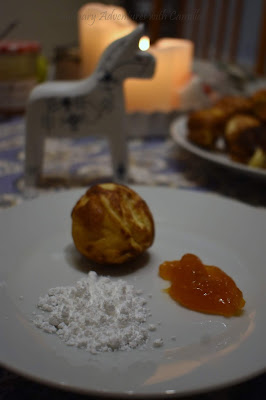 The boys were so excited to see this on the table for breakfast. I can't wait to make them again soon.