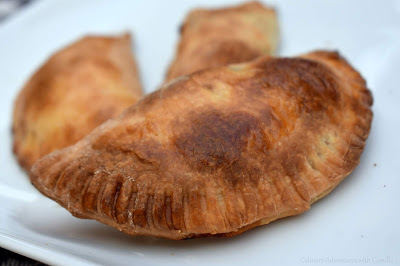 Welcome to the August editor of our #EattheWorld project, being spearheaded by Evelyne of CulturEatz, is a lively group of adventurous cooks and eaters. You can read more about the challenge. And this month Evelyne announced that, by popular vote, the destination was Puerto Rico.

Check out all the wonderful Puerto Rican dishes prepared by fellow Eat the World members and share with #eattheworld. Click here to find out how to join and have fun exploring a country a month in the kitchen with us! 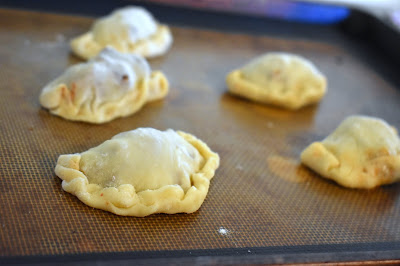 It just so happened that the week I needed to make these, my Precise Kitchen Elf was wrapping up his summer internship. And when I asked what he wanted to celebrate, he declared, "Empanadas!" He's my empanada-master and his favorites are Empanadas Mendocinos, which he makes every few months. So, I asked if he were willing to try a different recipe. He agreed grudgingly.

Empanadillas de Carne (Puerto Rican Empanadas) are savory beef turnovers made in a delicious flaky dough. They are smaller than his usual and don't include the capers and hard-boiled eggs that he enjoys so much. And this dough is more pie crust-like and less bread-like. This is a three part recipe... 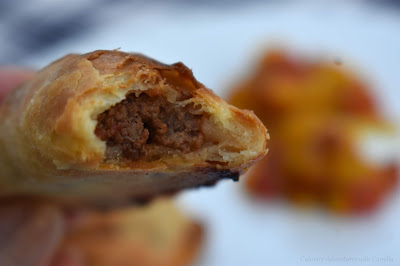 This picadillo recipe is delectably seasoned ground beef that can be used as a filling or simply eaten with rice. I stirred some leftovers into scrambled eggs the next morning for breakfast.

Procedure
Combine the first five ingredients together in a mixing bowl. Melt the butter in a large, flat-bottom pan. Add the onions, garlic, and green bell pepper and cook till the onions are softened and translucent. Add the meat mixture to the onions and cook on medium heat until the meat is cooked thoroughly, stirring frequently. Stir in 2 T fresh tomato sauce and 1 t vinegar. Season to taste with salt and pepper, then let the picadillo cool. 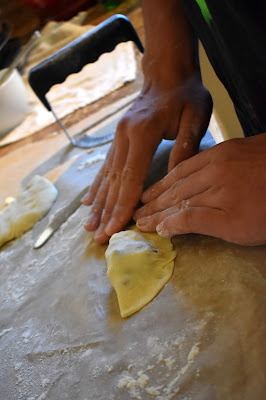 Masa Para Empanadillas (Empanadilla Dough)
This is an easy three-ingredient dough that can be used for any sweet or savory filling such. We used it for the meat empanadillas and a sweet with cream cheese and guava paste. Delcious!


Procedure
Place flour and salt in a large mixing bowl. Whisk to combine. Pour in oil and stir. Then, add boiling water. Combine with a fork until the dough comes together in a crumbly ball. Then knead by hand until well-incorporated. Form a ball, cover, and let rest for at least 30 minutes. 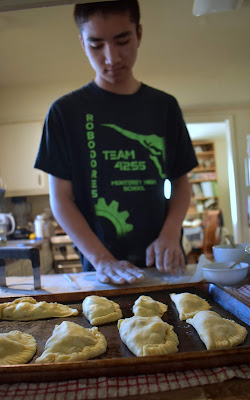 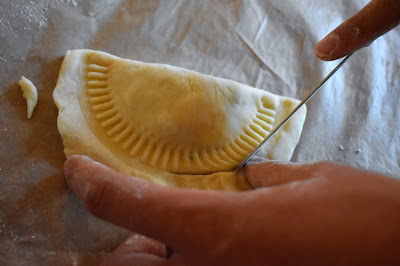 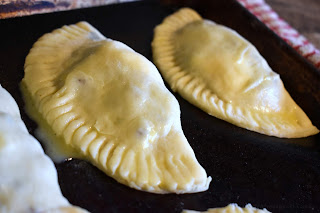 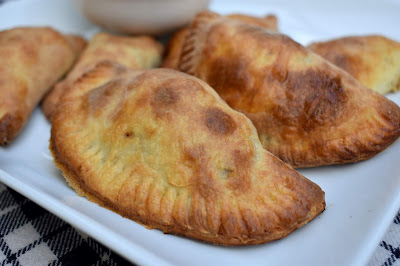 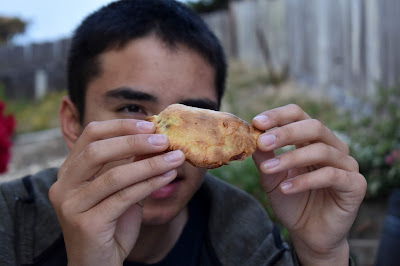