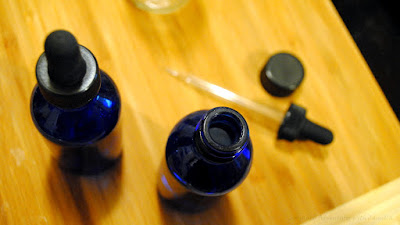 One of my online reading groups was talking about favorite Christmas books and I mentioned Holidays on Ice by David Sedaris*. I had read it years ago and remember really enjoying it. So, I put in the request at the library and was excited to go pick it up. 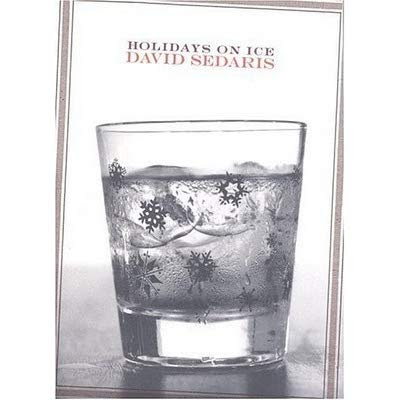 Holidays on Ice is a short compilation of holiday-centric stories. I don't know if my sense of humor has changed (as in diminished to the point of non-existence) or if I just have less patience as a reader. But I couldn't even get through it this time...and it's a fairly thin book. "Santaland Diaries" is the first story in the collection and I did enjoy that again; but after that, each piece grew progressively darker and less funny in my opinion. 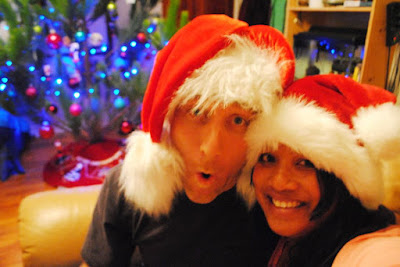 Before Sedaris became a humorist, he spent two seasons working in a department store as one of Santa's elves. He was known as 'Crumpet'. Sedaris has a way with words, to be sure. Case in point...

"I have spent the last several days sitting in a crowded, windowless Macy's classroom undergoing the first phases of elf training. You can be an entrance elf, a water cooler elf, a bridge elf, train elf, maze elf, island elf, magic window elf, usher elf, cash register elf or exit elf. We were given a demonstration of various positions and action, acted out by returning elves who were so onstage and goofy that it made me a little sick to my stomach. I don't know that I can look anyone in the eye and exclaim, oh, my goodness, I think I see Santa or, can you close your eyes and make a very special Christmas wish? Everything these elves say seems to have an exclamation point on the end of it. It makes one's mouth hurt to speak with such forced merriment."

"This evening, I was sent to be a photo elf. Once a child starts crying, it's all over. The parents had planned to send these pictures as cards or store them away until the child is grown and can lie, claiming to remember the experience. Tonight I saw a woman slap and shake her crying child. She yelled, Rachel, get on that man's lap and smile or I'll give you something to cry about. Then she sat Rachel on Santa's lap and I took the picture. Which supposedly means on paper that everything is exactly the way it's supposed to be, that everything is snowy and wonderful. It's not about the child or Santa or Christmas or anything, but the parent's idea of a world they cannot make work for them."


So, this gem humorously captures human behavior that makes the holidays both loved and loathed. If you have ever seen the opening scene of Krampus, you know what I mean. Then "Season's Greetings to Our Friends and Family!" masquerades as the Christmas letter from Hades; "Dinah, the Christmas Whore" continues down the uncomfortable side as a young boy and his sister bring home a prostitute for Christmas. It goes downhill from there, in my opinion. So, I will be crossing it off my list of holiday reads for future years. 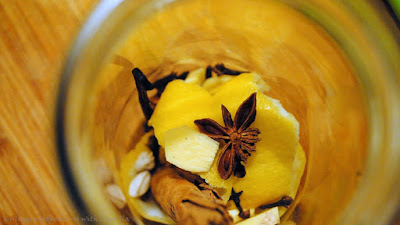 But 'holidays' and 'ice' reminded me that it was time to make some batches of homemade bitters. What are bitters? you ask. They are to cocktails what spices are to cooking. They add dimension and depth. They balance flavors. They are warm, rich, spicy, and astringent. They are a cocktail game-changer. But they are also simple to make.


Bitters are simply a combination of seeds, herbs, bark, roots, flowers, leaves, and more that are concentrated. Historically, they were used by apothecaries to cleanse the body of toxins and aid in digestion.

Today bitters usually come in bottles with eyedroppers or some way to dispense them judiciously. A drop or two can drastically change the flavor profile of a drink. What a difference a drop makes!

This is simple version with warm spices and fresh citrus. Best yet: you still have time to whip up some bottles of your own before Christmas eve. 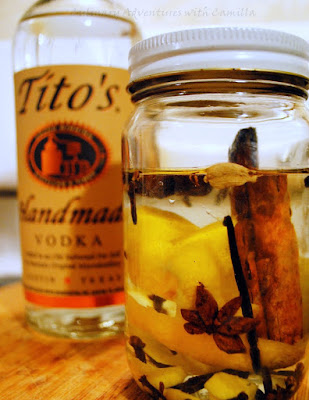 Procedure
Place all of the ingredients in a jar. Make sure that the spices are submerged. Cover with a lid and place in the cupboard. Shake gently everyday. Let steep and infuse for two weeks.

To gift, bottle in small eyedropper bottles with a few cocktail recipes.

Click to see what everyone else read in December 2019: here.