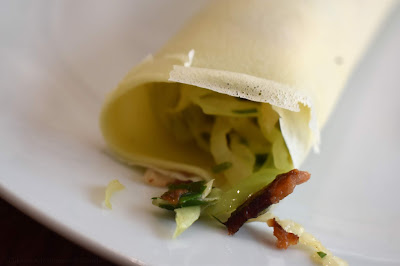 It's hard to believe that 2019 is inching towards the finish line. Here we are in October for another installment of our #EattheWorld project, being spearheaded by Evelyne of CulturEatz. Here's her challenge.

This month she said, "We're exploring Ukraine." Before I get to my recipe, take a look at the offerings... 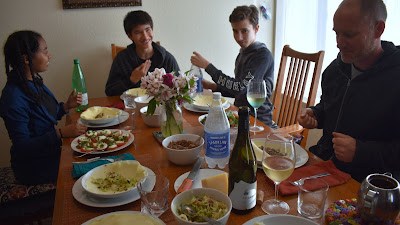 On the night I had planned to make these, we already had a friend spending the weekend with us. Then, after robotics, D asked if another friend could join us for dinner and a board game. Of course! I never miss the chance to spend time with these kids.


I am always bolstered by how thoughtful and reflective these kids are about school, their futures, and their responsibility to their communities and the planet. No one was on their phones. There were no screens in sight, except for the duo that was making online camping reservations for an upcoming backpacking trip. Just good food, good friends, and a ton of conversations. I felt badly about kicking one out at 10 o'clock on Saturday night, but I had to drive her home and I was tired. 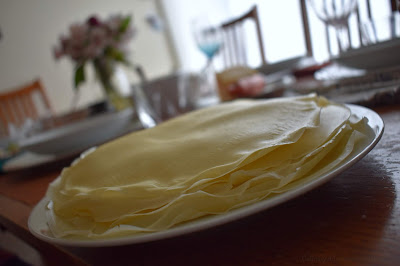 If you follow this blog with any regularity, you will have definitely seen crêpes come across your screen. But instead of slathering these with jam and sprinkling them with powdered sugar, the Ukranian version leans savory. There were four common fillings that I came across, but I didn't think they would be game for pig's brains - and really I had no idea where to get such a thing - so I went with the cottage cheese, cabbage, mushroom, and meat fillings. 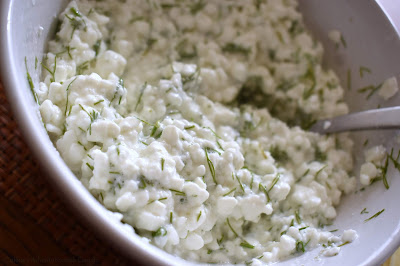 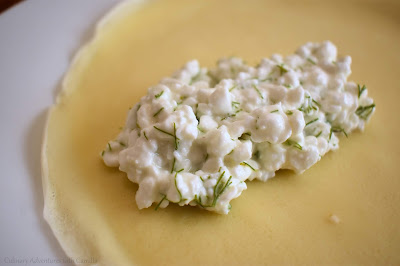 Crêpes
Whisk all of the ingredients together until lump-free. Let sit for at least 20 minutes. Heat a large flat-bottom pan and rub the bottom with butter. Pour the batter in the middle of the pan and quickly make a tilting motion to distribute the batter all over the pan. The goal: have as thin a batter layer as possible.

Cook until the crêpes is a bit stiff and flip over, cooking for another minute The pancake should be lightly browned on both sides. Repeat till all the batter is used; I made 20 crêpes with the quantities listed.


Cottage Cheese Filling
Mix all ingredients together in a bowl. Let stand until ready to serve. 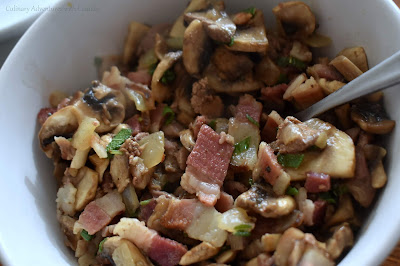 Mushroom Filling
Place butter and bacon together in a skillet. Cook until fat is rendered from bacon, but it hasn't browned. Stir in the onions and cook until those are softened and beginning to turn translucent. Stir in the chicken liver until it is completely cook through, approximately 5 to 6 minutes; they should not be pink at all. Fold in the mushrooms and cook until desired texture. We like ours less done so that they are not slimy. Season to taste with salt and pepper. Fold in fresh sage. 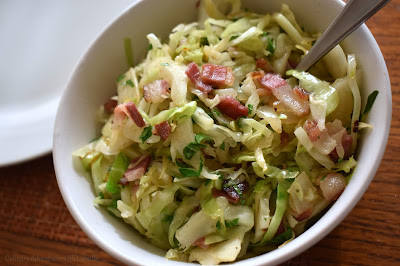 Cabbage Filling
Place butter and bacon together in a skillet. Cook until fat is rendered from bacon, but it hasn't browned. Stir in the onions and cook until those are softened and beginning to turn translucent. Fold in the cabbage and cook until desired texture. We like ours less done so that they still have a slight crunch. Season to taste with salt and pepper. Fold in fresh sage. 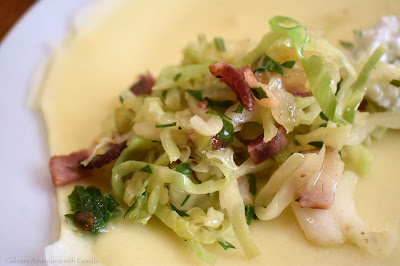 To Assemble
Place crêpe flat on a plate. Spoon in 3 to 4 T of the filling in the center. 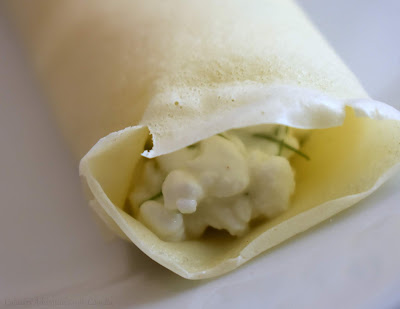 Roll up and enjoy!

The kids really enjoyed this dinner. We ended it with a Banana Cream Pie that two of them had made in the morning. What fun!