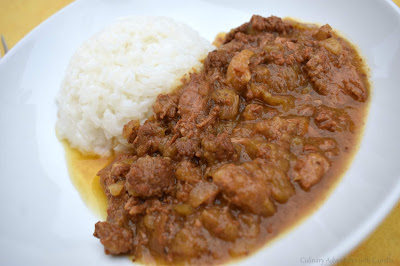 This month she said, "We're exploring Egypt." And Wendy of A Day in the Life on the Farm is helping out while Evelyne is traveling. Before I get to my recipe, take a look at the offerings...

Many years ago - actually almost a decade ago from looking at the ticket photo - my boys were fascinated by the ancient Egyptians. We read books about them and watched documentaries about them. Oddly, I think I remember going to the Rosicrucian Egyptian Museum in San Jose when I was about that same age. 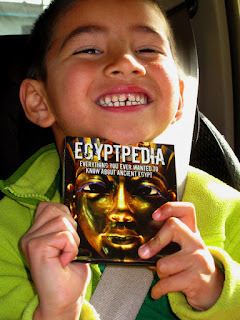 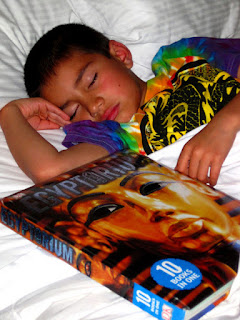 And it just so happened that the Tutankhamun exhibit landed in San Francisco that year...just in time for D's 6th birthday. So, naturally, we bought tickets, booked a hotel, invited my parents up, and made a birthday adventure out of it. 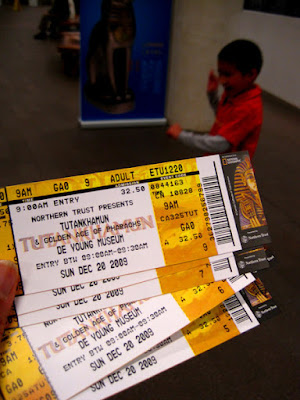 The night before we went to the museum, we ate at an Egyptian restaurant in the Outer Richmond where we feasted, watched a belly dancer, and the boys were able to put on some kitschy costumes. They loved it! 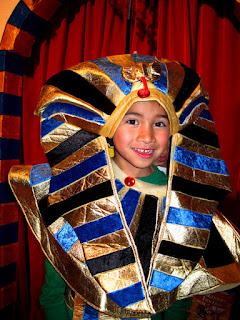 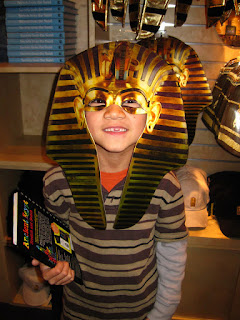 The following semester I taught a 6-week class at their school called Tut-Mania! We made ink out of  blackberries and wrote hieroglyphics; we made clay amulets and wrapped them up in mini-mummies; and at the end of the six-week class, we had a Nile Festival, giving thanks to the river for flooding and feasting in Egyptian-style. Our menu included...

So, for this month's #EattheWorld challenge, I wanted to make a completely new-to-us recipe. I settled on lahma bil basal, Egyptian beef in rich onion sauce. I also made a variation of Molokhia that I'll share soon. 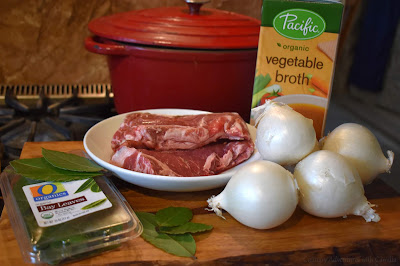 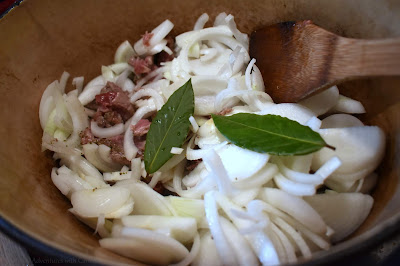 Melt butter in a splash of olive oil in a large pot; I used a Dutch oven. Stir in the meat and cook until lightly browned. Add in the onions and bay leaves. Pour in the stock. Bring mixture to a boil. Cover and reduce heat to a simmer and braise for 4 hours.

After four hours, remove the cover, raise the heat to medium and cook until the sauce is reduced. You should have tender beef chunks in a thick, oniony sauce.

You can serve this with rice, pita bread or your favorite pasta. I served it with rice...and, I did make another batch of Egyptian mint lemonade, Limonana. 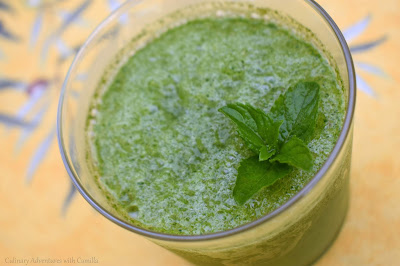