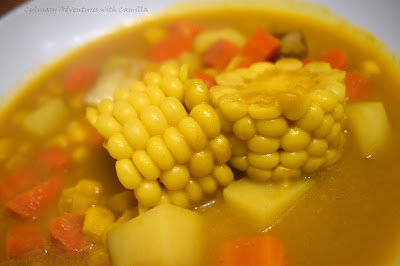 Here we are at the final Soup Saturday Swappers event of 2019. Wendy of A Day in the Life on the Farm started this event and, every month, I get a new array of soup recipes to put in my to-try pile.

This month, I am hosting as we explore celebratory soups. I wrote, "The holidays are upon us. Let's share soups for celebrations. These can have sparkling wines in them, pair well with sparkling wines, or just be a soup you serve at a party. Be creative!"

Here's the line-up of celebratory soup recipes from the #SoupSwappers...


Soup for a Party 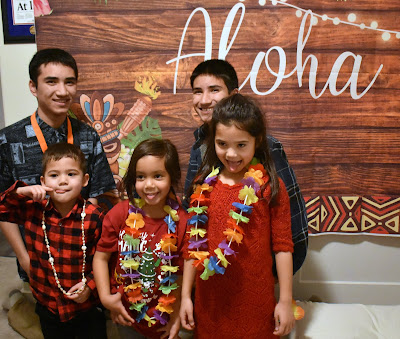 I had grand designs to make lobster bisque and all sorts of other lush soups. But, when the menu came out for my larger family's Christmas potluck - and we were missing a soup - I looked at recipes that were big on flavor, but less big on my grocery budget. And I was recipe testing for a Trinidad-Tobago event coming up. So, I landed on Trinidad Corn Soup. Oh, that photo above...I just wanted to share a photo of the cutie pie cousins at the party. It was Hawaiian themed, so I figured that a Caribbean soup fit right in. 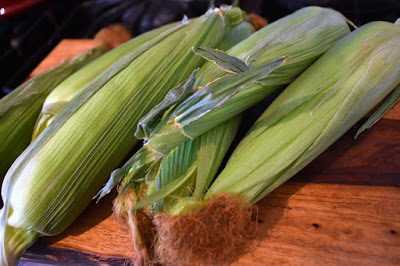 There seem to be as many recipes for this soup as there are Trini cooks, so I read a bunch of recipes and used that I had. I skipped the beans and dumplings, but added spices that went well with the coconut milk base. 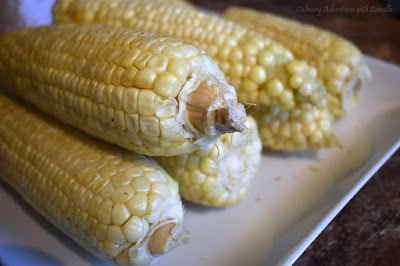 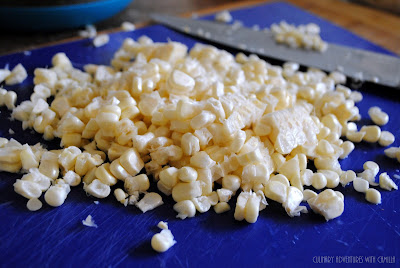 Shuck the corn removing the husks and setting those aside. Remove the silks, you can toss those. Using a sharp knife, stand the cob on one end and slice all the way down, removing the kernels for 3 or 4 cobs. Reserve 2 cobs whole. Using the flat end of the knife, run the blade down the cob and collect the corn "milk." On the remaining two cobs, slice them into 1-1/2" discs.

In a large souppot, heat the olive oil. Add the onion, celery, and carrot. Cook until the onion is softened and beginning to turn translucent. Add the garlic and bell peppers and cook until softened. Stir in the sweet potato and potato cubes. Cook for approximately 3 to 4 minutes. Whisk in the stock and spices. Bring to a boil.

Reduce the heat to a simmer, cover, and cook until the potatoes are almost tender, approximately 8 minutes. Add the coconut cream and corn discs to the pot and simmer for five minutes. Taste and adjust the seasoning, as needed, by adding hot pepper sauce.

To serve, ladle the soup into mugs or bowls. Serve with fresh lime wedges.

Next month the Soup Saturday Swappers will be focused on Main Dish Soups and Stews with the group's founder Wendy of A Day in the Life on the Farm leading the event. Sounds perfect for a cold, wintery day. Stay tuned...