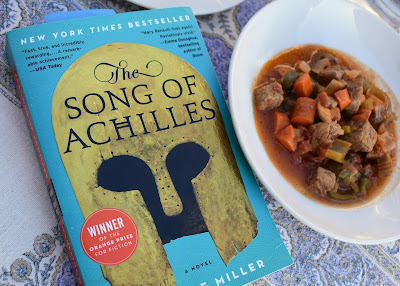 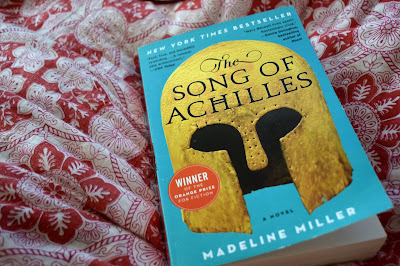 This is a familiar story for anyone familiar with the Western literary canon, but unlike the traditional telling, The Song of Achilles looks at The Iliad and the Trojan War through the eyes of Patroclus, Achilles' lifelong companion. But you know the story: Paris steals Helen from Menelaus and that launches a thousand ships to wage war on Troy. During the conflict, Agamemnon, Menelaus' brother, steals a slave girl from Achilles. The greatest warrior that ever was refuses to fight for the Greeks any longer, so Patroclus dons Achilles' armor instead and is slain by Prince Hector of Troy. Achilles kills Hector and drags him around the walls of the city. Then Paris kills Achilles. The difference in this re-telling is the narrative that leads up to the war.


Pederasty in ancient Greece was a socially accepted and acknowledged romantic relationship between an adult male (the erastes) and a younger male (the eromenos) usually in his teens. Homosexual relations between men of the same age was much more rare. When I read The Iliad in my Western Civilization class in college, the relationship between Patroclus and Achilles was described as a deep connection or friendship; there may have been speculation that they were lovers, but it certainly wasn't the prevailing theory. Miller roots her story in that exact interpretation: she portrays Achilles, Aristos Achaion "the best of the Greeks", as a man in a loving, life-long relationship with Patroclus. They became lovers as teens and remained together until death.


Miller's story is told through Patroclus' eyes...oddly, even after his death, he still narrates the tale. I found this a highly enjoyable take on the story. Miller develops Patroclus and Achilles as fully fledged characters, depicting them from childhood all the way through adulthood. She paints a sincere devotion between them; though both briefly experiment with sex with women - Achilles even marries and has a child -, they never stray too far from each other and Achilles refuses to leave Patroclus despite intense pressure from his mother, Thetis.

This is a solid read for fans of historical fiction and/or classical re-tellings. I thoroughly enjoyed it. 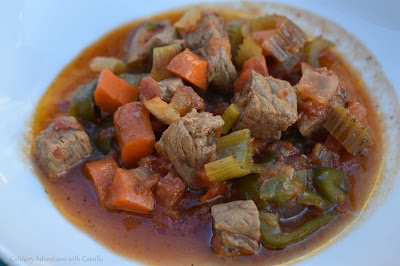 Though there isn't a lot of food in this book, the food that is mentioned evoked some beautiful images in my mind. When Patroclus first arrives in Peleus' court, he describes the dining hall. " Peleus was a king who liked to host and entertain. We sat on its oakwood benches, at tables that were scratched from years of clattering plates. The food was simple but plentiful - salted fish, and thick bread served with herbed cheese. There was no flesh here, of goats or bulls" (pg. 23).

As a birthday present, Patroclus picks fresh figs for Achilles' breakfast. "I watched them for days, their hard green knots swelling and darkening, growing gravid with seed. ...The figs hung rich and heavy on the tree, their curved flesh compliant to my touch - two days later and they would be too ripe. I gathered them in a carved-wood bowl and bore them carefully back to the cave. ...I saw the quick widening of his eyes as he took in the figs. He was on his feet, eagerly reaching into the bowl before I could even set it down beside him.We ate until we were stuffed, our fingers and chins sticky with sweetness" (pg. 97).

But the recipe I decided to create for this #FoodieReads is a Greek beef stew. It's what I imagine Chiron served Achilles and Patroclus when they arrived to his cave. "I drank as Chiron stood over me. 'You will be sore and tired tomorrow,' he told me, 'But it will be better if you eat.' He ladled out stew, thick with chunks of vegetables and meat, from a pot simmering over a small fire at the back of the cave" (pg. 75).

Mosharaki Kokkinisto refers to a Greek beef stew that has been "reddened" with tomatoes. This isn't a traditional recipe; I just made a beef stew with oregano and bay leaves in the mix. 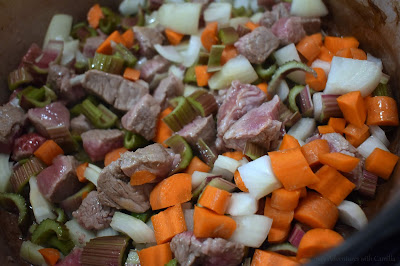 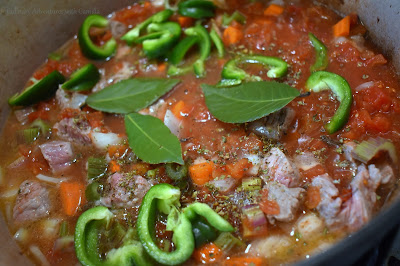 Beef
Heat the oil in a large, dutch oven. Add the beef into the pot. Sear on each side for  3 to 5 minutes - until a nice brown begins to appear. Add the onions and garlic to the pot. Let them cook until the onion is translucent and beginning to caramelize. Add in the carrots and celery. Cook for another 3 to 5 minutes.

Pour in the broth or combination of liquid that you're using. Stir in the tomatoes, green peppers, bay leaves, oregano, and red pepper flakes. Bring to a boil. Then, reduce the heat to a simmer and cover. Let the meat braise for 3 to 4 hours - longer is fine, if you need to. You can leave the beef in cubes or shred the meat a little bit. 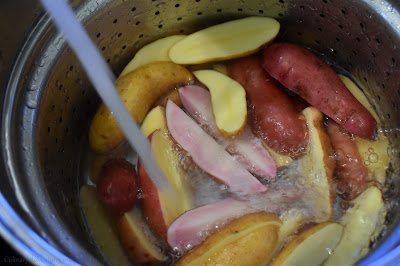 For Serving
Portion out your pasta, potatoes, or rice into individual serving bowls. Spoon stew over the top. Serve immediately. 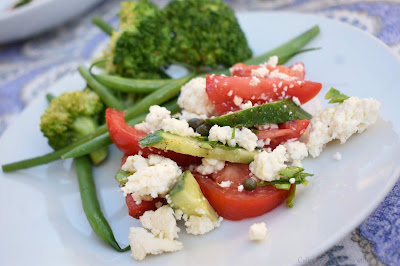 I served this stew alongside a Greek salad, broccoli, and green beans. It was the perfect end to a three-day weekend.