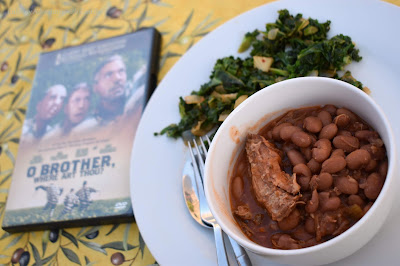 This month Eliot's Eats is hosting this month's edition of #FoodNFlix. Read her invitation: here. She asked us to watch O Brother, Where Art Thou?*

Believe it, or not, I have never watched this movie. Despite it being eighteen years old. Despite all of its accolades, including a soundtrack that was awarded 'Album of the Year'. And despite it being a retelling of one of my favorite books - The Odyssey - I have never seen it. So, I was happy to change that this month.


One evening, I popped in the DVD and all four of us sat down to watch it. Jake had actually seen it before; and both boys have read The Odyssey for school. So, I thought it would be fun and told them to watch out for any food inspiration. Ehhh... 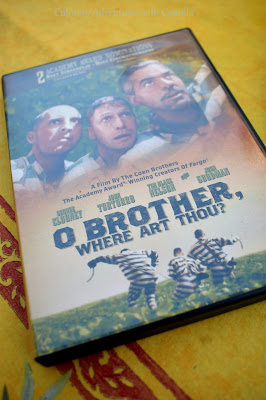 While some will find this movie offbeat and entertaining, I didn't think there was anything remarkable or memorable about it. Surely it does - and will continue to - resonate with some audience members, but I'm not one of them.

O Brother, Where Art Thou? is loosely based on Homer's The Odyssey, with George Clooney as Ulysses, (Ulysses Everett McGill), an escaped Mississippi convict on a long journey home to his wife, Penny, played by Holly Hunter. He and fellow escapees played by John Turturro and Tim Blake Nelson have run-ins with a blind soothsayer, a trio of sirens, and a Cyclops, played by John Goodman.

The movie offers everything from car chases and shootouts to musical numbers and some magical realism. And, despite its short run time, it still - to me - had a dragged-out feeling with minimal character development. I'm glad I finally saw it, but I don't need to watch it again.

On the Plate
What should we make? I asked the boys, when we finished watching the movie.

"Frog legs!" said one. "You know...for when they thought Pete was turned into a frog, or toad, or whatever that was." Hmmm...I don't have any idea where to get frog legs. But I remembered this photo of Jake from his childhood and decided to share it today. Haha. 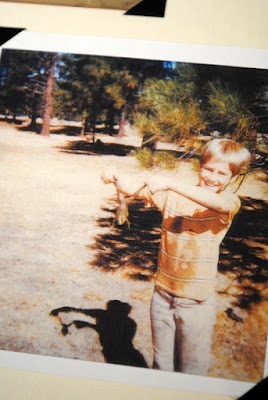 There was the pie-stealing scene, but I wasn't sure what kind of pie that was. They stole and cooked a chicken. The cyclops cons them into buying him Chicken Fricassee. And D spied red velvet cake sitting in front of Penny at the church gathering. No lack of food scenes really.

But, then, I did a search for foods from Mississippi, where the movie takes place, thinking that might lend to inspiration. I came across multiple references to pork and beans and I happened to have a four-pound pork jowl in my freezer from one of my favorite local pork purveyors. So, I decided to make my own version of pork and beans using pintos and pork jowl. 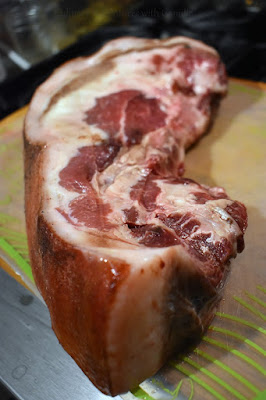 In a large soup pot, sweat your onions and shallots in a splash of olive oil until they begin to turn translucent. Stir in the apples and add the beans. 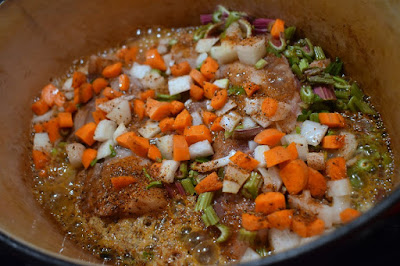 Add all of the other ingredients. Bring to a boil. Cover. Reduce the heat to a simmer. Simmer for 3 hours. Stir every 30 minutes, or so, so that the beans don't burn and stick to the bottom. By the end of 3 hours, the liquid will have reduced and thickened. If you need more liquid during cooking, add more as needed.

Season to taste with salt and pepper, as needed. Shred the pork a bit as you're serving. 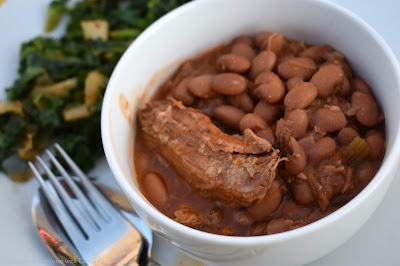 I served this in individual bowls with some sauteed kale on the side. 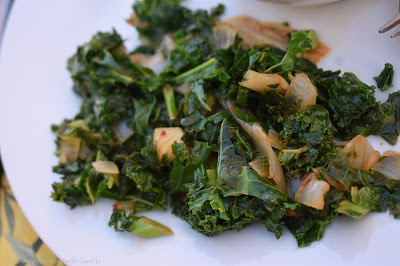 "I didn't see any kale in the movie," declared R. It's a stand-in for Southern collard greens, I explained.

"Then why does it have kimchi in it?" asked D.

Because I love collards and kimchi a la Chef Edward Lee! Just eat it!