By Camilla M. Mann September 13, 2019
This is a sponsored post written by me in conjunction with the September #WinePW Brazil event.
Wine samples were provided for this post and this page may contain affiliate links. 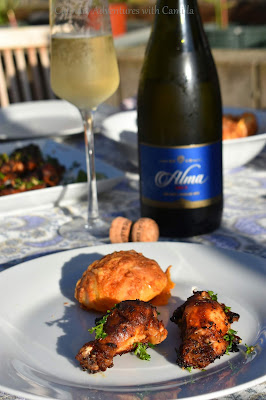 Susannah of Avvinare is hosting this month's Wine Pairing Weekend as we explore pairings with Brazilian wines. Read her invitation here.

If you're reading this early enough, join in the live Twitter chat - Saturday, September 14th at 8am Pacific time. Follow hashtag #WinePW; and be sure to add that hashtag to any tweets you post so we can see it. Here's what the Wine Pairing Weekend group is sharing... 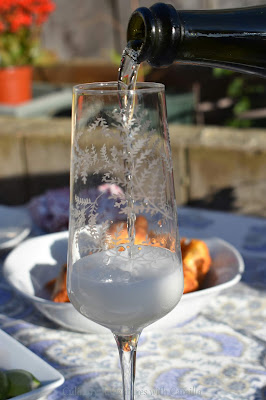 This was a wild month for the #WinePW. Initially, we were scheduled to open, pair, and post about Slovenian wines. I know a few people had already tracked down bottles, including me. Then the opportunity for wines from Brazil came through and we switched directions completely. Many thanks to Wines of Brasil* for sponsoring this event and sending samples to several of us. I am grateful for the opportunity to try wine from Brazil.  I received a bottle of Alma Brut Sparkling Wine from Salton Winery in Brazil. 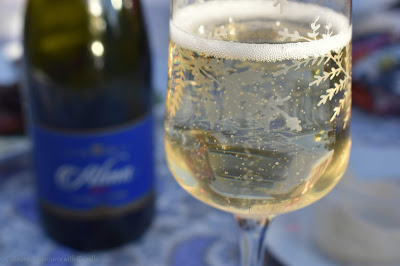 A little research revealed that Salton Winery, the oldest working winery in  Brazil, was founded around the turn of the 20th century by immigrants from Northern Italy who settled in the Serra Gaucha wine region. In 1878 Antonio Domenico Salton arrived in Bento Gonçalves where he planted grapes and made wine for himself. It wasn't until 1910 when he established a winery with the help of his seven sons. 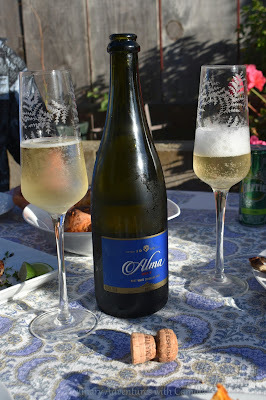 Four generations later, the Saltons specialize in sparkling wine but also produce some still as well as tea! I'd love to get my hands on some of that. 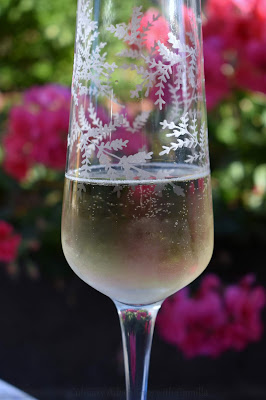 This wine was light-bodied and dry - beautifully refreshing on a warm summer's evening. On the nose, aromas of ripe tropical fruits and heady florals swirled in the glass. But, on the palate, it was more refined with hints of toasted bread. And best of all, this sparkler retails at less than $5. You read that correctly - five dollars. 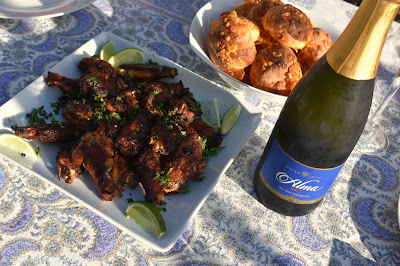 Given that I received the wine late on a Wednesday afternoon and my post needed to be live between Friday and early Saturday morning, I was scrambling to find Brazilian recipes that were completely new to us and used ingredients I already had in the house. I could have done a riff on some Brazilian favorites such as Moqueca, Queijo Coalho (Brazilian Grilled Cheese), or even Acarajé. But I landed on two recipes I've been meaning to try: Frango à Passarinho and Pão de Queijo. 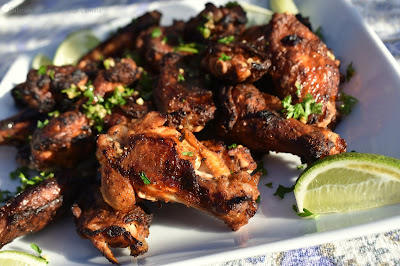 Translated literally as ‘little birdie chicken’, Frango à Passarinho is a typical Brazilian appetizer consisting of chicken marinated with lime juice and seasonings, breaded, and deep fried in oil. Then they are topped with garlic, olive oil, and parsley. I decided to make my own version, skipping both the breading and the frying. I made these in the oven and they were delicious, but definitely not traditional.

Procedure
In a medium mixing bowl, whisk together lime juice from 2 limes, mustard, smoked paprika, salt, pepper, and 1 T minced garlic. Place chicken wings in the bowl and massage the marinade into the meat. Refrigerate overnight or for, at least, an hour.

Remove chicken from the fridge and preheat the oven to 450° F. Line baking sheet with parchment paper or a silicone mat. Place wings - skin side up - on the prepared baking sheet. Roast them for 45 to 50 minutes. They will be cooked through and the skin nicely browned and crisped. 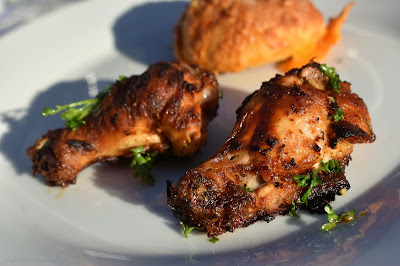 To finish, place juice from 1 lime, 2 T parsley, remaining 1 T minced garlic in a large mixing bowl. Add in the cooked wings and toss to coat. Place wings on a serving platter and place lime wedges on the side. 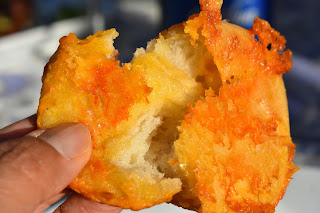 Pão de Queijo means 'cheese bread' in Portuguese and it's long been on my list of things to try. Ummm..cheese and bread. Yes, please. But there doesn't seem to be a definitive recipe. Some are made in muffin tins; some are pinched and rolled. The version that seemed most interesting to me was similar to a cream puff process but with tapioca flour and two kinds of cheese. I used queso fresco and shredded cheddar cheese, because that's what I had in my cheese drawer in the fridge.

Place milk, butter, and water in a large saucepan over medium heat. Stir occasionally until butter is melted and mixture begins to boil, approximately 4 minutes. Remove from heat and add flour; stir vigorously with a wooden spoon until dough is shaggy, usually just a few seconds. Transfer from the saucepan to a mixing bowl and let cool 5 minutes.

With a hand mixer or a wooden spoon, beat on until dough starts to come together, less than a minute. Add eggs, one at a time, and continue to beat on low speed or with a spoon until incorporated. Add in crumbled cheese and 3/4 C shredded cheese. Beat until well-incorporated.

Place in the preheated oven and bake for 5 minutes. Reduce oven temperature to 350° F and continue to bake until pão are lightly browned, approximately 20 minutes. Let cool 10 minutes before serving.

And that's a wrap on the #WinePW Wines of Brazil event. Next month, I think, we'll be joining in the #MerlotMe fun again. Maybe. Stay tuned! 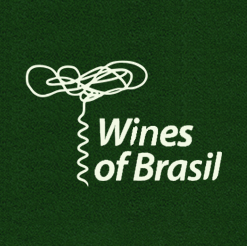