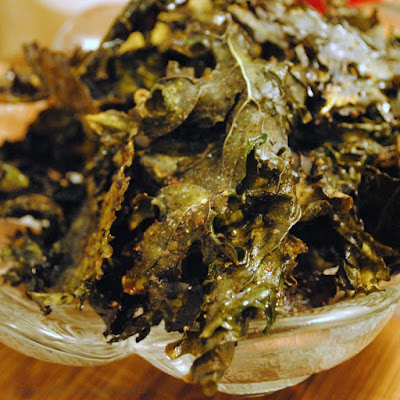 This time around, Deb from Kahakai Kitchen is the August-September 2019 host for Cook the Books. She selected The Food Explorer: The True Adventures of the Globe-Trotting Botanist Who Transformed What America Eats by Daniel Stone* and you can read her invitation here.

I am just getting this in under the wire because I misplaced the book. For. Almost. Five. Whole. Weeks. I started to read it just as we were boxing up our lives to rip out the carpet and replace it with hardwood floors throughout the entire house. Then I thought I put it somewhere smart, but I couldn't find it for over a month.

Finally, when I was unboxing the dining room, ahead of Jake's parents' visit, this past weekend, I found it. And, thankfully, I had read more than I remembered. I was able to power through the remaining pages and make a recipe before the deadline. 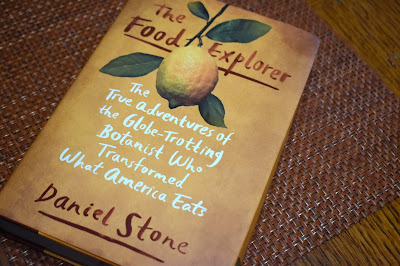 Let's start with this: I thought I would like this book more than I actually did. I mean, the subtitle - "the true adventures of the globe-trotting botanist who transformed what America eats" - seemed right up my alley. Food plus history. This is Stone's telling of how David Fairchild affected agriculture through his travels, after all. But the book's pacing was a little slow and fell flat in my mind. Still, I did learn a lot...but it was a little like reading a textbook at times. And with over seventy pages as a bibliography and footnotes, it might actually be considered a textbook of sorts!

In any case, Stone does a good job of lionizing Fairchild's efforts to bring new plants to America. A few passages for your consideration...

About quinoa: "It was, by any botanical measure, a crop of dramatic versatility. ...'A Scotchman told me that he considered a porridge of quinoa better than the finest oatmeal,' Fairchild wrote, before listing all of the reasons it would never work. Samples of quinoa had once circulated at the Department of Agriculture, but it had been quickly dismissed. It was crunchy and fine, and had a confusing glow. No one knew what part of the plant one should actually eat: its leaves - as with its botanical cousin spinach - or its grain, which were its seeds (thus making quinoa a fruit)" (pg. 112). Funny...considering quinoa seems a staple grain to most households these days, right?

About cherry blossoms: "Fairchild ordered 125 [Japanese flowering cherry trees]...from the Yokohama Nursery Company in Yokohama, where he had spent that recent resplendent summer. The nursery owner, a man named Uhei Suzuki, was so pleased to hear from Fairchild again - and to have an American customer - that he nearly gave away the trees for free, just ten cents apiece. Six months later, in the spring of 1906, the trees showed their pink blossoms for the first time, and with them came buzz - the type of buzz, in the days before major movie stars, that only horticulture could produce. ...Fairchild's trees, however, had proved the draw of cherry blossoms, not for their fruit but for their annual pink bursts. ...Fairchild saw the cherry trees as an opportunity to inspire young kids into botany" (pp. 223-226).

About dehydration, with advances in the field from George Washington Carver: "Carver was a pioneer in the same way as Fairchild: both men empowered farmers to diversify. Fairchild's strategy had been through exploration; Carver's was via research. Carver wanted to find other uses for common foods like peanuts and sweet potatoes, in hopes they would expand the market and help farmers sell more. ...The logic was sound. But the culinary implementation was not. Fairchild should have known by now that people wouldn't eat something new just because someone suggested it. Food introduction required cajoling and persuading, and a generous helping of luck" (pg. 287). Sounds a lot like feeding a toddler! I guess that is a re-training of a palate also. 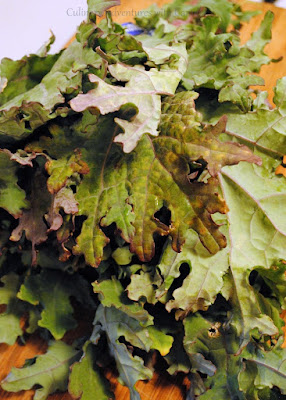 I was inspired by the passage from the coast of Austria and Hungary of "what people called capuzzo, a leafy cabbage. It was a two-thousand-year-old grandparent of modern broccoli and cauliflower, that was neither charismatic nor particularly delicious. ...While the villagers called it capuzzo, the rest of the world would call it kale. And among its greatest attributes would be how simple it was to grow, sprouting in just its second season of life, and with such dense and bulky leaves that the biggest challenge of farming it seemed to be how to make it stop growing. ...Kale's final stroke of luck came sometime in the 1990s when chemists discovered it had more iron than beef, and more calcium, iron, and vitamin K than almost anything else that sprouts from soil. ...American chefs experimented with the leaves in stews and soups, and when baked, as a substitute for potato chips" (pp. 170-171).

I have never like kale chips despite liking most other kinds of chips, but I decided to take the plunge this past weekend - just to say that I had done it - and because it fit into a passage from this edition of Cook the Books. I don't think I'll be making these again. I much prefer to use kale for a sauteed side dish, folded into airy malfatti, or baked into a frittata. But this is an easy snack! Though, as I thought, my boys really did think that it was a waste of perfectly good kale. I have to agree.

Procedure
Preheat oven to 275 degrees. De-stem the kale. Toss the kale into a splash of olive oil with salt and pepper. Place on a baking sheet and bake until crisped. these took about 35 minutes.

I am also linking this with #FoodieReads
Click to see what everyone else read in September 2019: here.