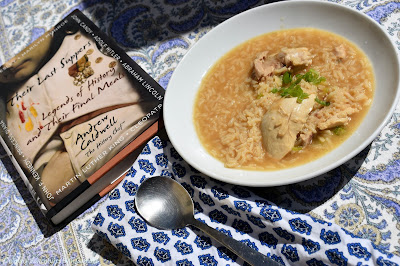 Their Last Suppers: Legends of History and Their Final Meals by Andrew Caldwell* has been on my bookshelf for years. I finally pulled it off and started reading. Then I couldn't stop. I read it in one sitting last night while the boys watched a movie. 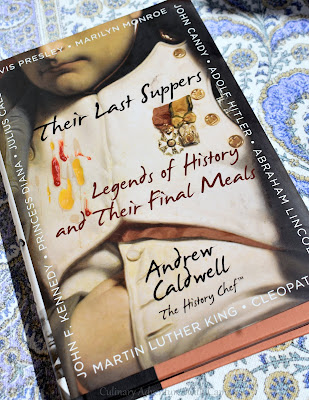 Caldwell explores historical figures, describes what made them significant (perhaps), and - finally - details what they ate for their last meal. Then he shares some recipes from that meal. This work, part cookbook and part history, is less macabre than you would imagine. It was an enjoyable look at people from Martin Luther King to Princess Diana and from Adolf Hitler to Abraham Lincoln.

Here are a few things I found interesting...
Actually, I found something interesting in every chapter! But these were some things that stood out in my mind. 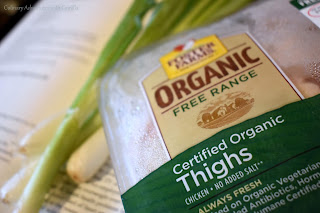 Though many of the recipes included looked fascinating, I was drawn to the chapter about Captain James Cook. When King Kamehameha III host a banquet for his people, they cooked for over 12,000 people. The damage included: 271 whole hogs, 482 calabashes of poi, 602 chickens, 12 oxen, 12 barrels of lai lai, 4000 heads of taro root, and 180 large squid. Wow.

I was inspired into the kitchen with the recipe for Chicken Long Rice. It reminds me of Filipino Arroz Caldo though I have never made that myself. My version is slightly adapted from the published recipe as his didn't include lemons or soy sauce. Even still, my trio found the dish bland.

Procedure
Place long grain rice in a large pan and pour in the liquid. Bring the liquid to a boil, then cover the pot and turn off the heat. Let it stand while you cook the chicken.

Place the chicken, ginger slices, and lemon quarters in a pot and cover it with cold water by at least 1". Bring the pot to a boil. Let it cook until the chicken is cooked through. Mine took about 30 minutes. Drain the chicken, but reserve at least 2 C of the cooking liquid. Carefully pull the meat from the bones and place it in the pot with the par-boiled rice. Reserve the bones and skin for making stock later.

Pour in the 2 C of cooking liquid and bring the pot to a simmer. Cook until the rice is softened and the liquid has been reduced by half. Stir in half of the green onions. This should still be soupy, but thickened like a stew.