Hokey Pokey...Still Not Quite Right 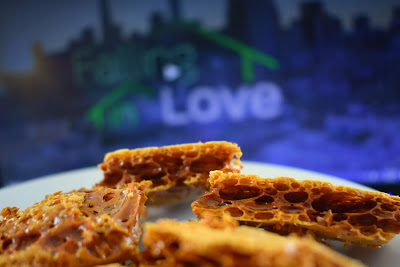 One evening last week, Jake and I sat down to watch something on Netflix after the boys went to bed. Falling Inn Love popped up as a suggestion and I was in the mood for a silly romantic comedy. He obliged.

On the Screen
It definitely fell into the silly little rom-com category. Meet Gabriela, an upwardly mobile young urban professional, who lives in San Francisco and has a penchant for environmentally friendly buildings and renovations. On a lark - after far too many glasses of white wine - she enters a "Win an Inn in New Zealand" contest by writing a 400 word essay about why she wants to win an inn. And, the following morning, she discovers that she's won. So, off she heads to New Zealand where she meets local hottie Jake when her luggage rolls down the hill and collides with his truck.

You guessed it, right? The inn isn't all is was chalked up to be. Read: disaster of a building. And hot guy Jake is - you see where this is going, right? - the best contractor in town. Yes, I joked that I must have a thing for hot contractors named Jake...

She initially resists his help, but eventually, they become partners - fifty-fifty - in the renovation. He wants to preserve the history of the inn such as the original fireplace while she wants to install solar panels. In the end, their visions mesh and they reopen the Bellbird Valley Farm bed and breakfast together. Clichéd, silly, and predictable - certainly. But also fun and enjoyable. At least I enjoyed it. 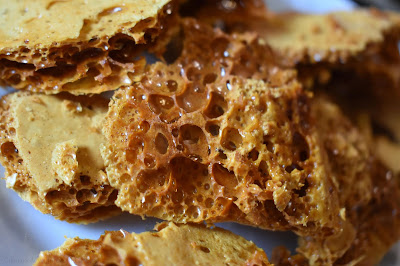 On the Plate
There was surprisingly a lot of food inspiration in the movie. I will definitely be looking up recipes for a Ginger Crunch Cake; and 'The Works' menu of Coconut Curry Mussels, Kumara Gnocchi, and Lamb Chops at the Cottage Lane Cafe had me drooling.

Instead, I drew inspiration for this post from the romantic picnic that Jake packs for Gabriela when they decide to skip working on the inn for the day. In the 'chilly bin', that's a cooler for us Americans, Jake has packed the quintessential Kiwi picnic: vegemite sammies, L&P soda, Anzac biscuits, and hokey pokey ice cream.


I looked up hokey pokey and came across a few recipes that included neither definitive proportions nor temperatures which I have found are sort of crucial in making candy. Still, I gave it a go. Attempt number one scorched and went directly into the trash. Attempt two is this one; it was edible, the boys liked watching it foam up, but it's still not quite right.

Then I discovered that it's also called 'honeycomb candy' and that yielded tons more recipes with both measurements and temperatures. So, I'll give it a try again soon. Still, this was a fun culinary adventures inspired by a cutesy little film. Also, I don't know what 'golden syrup' is, so I used organic light corn syrup. 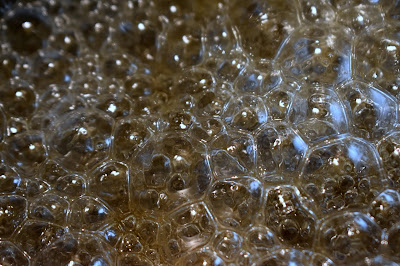 Procedure
Wrap a baking sheet with foil, then butter the top so the candy won't stick. Set aside.

Put the sugar and syrup into a saucepan and stir together until everything is moistened. Put the pan over low to medium heat. Let the mixture melt, then bubble, and then turn the color of maple syrup. This is where I'd love to get a temperature guideline! 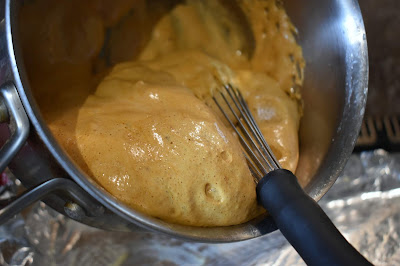 Remove the pan from the heat and whisk in the baking soda. It will foam and puff up. Don't whisk too much or you'll kill the bubbles...just a turn or two to make sure the baking soda is completely absorbed. 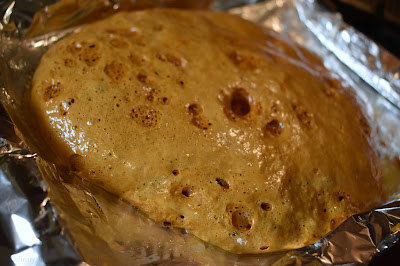 Turn the mixture on to the prepared baking sheet immediately. Let it set. Mine took about 10 minutes. then shatter the candy into small pieces.

Store in an air-tight container, if you have any left over! I'll be trying other recipes soon. Stay tuned.