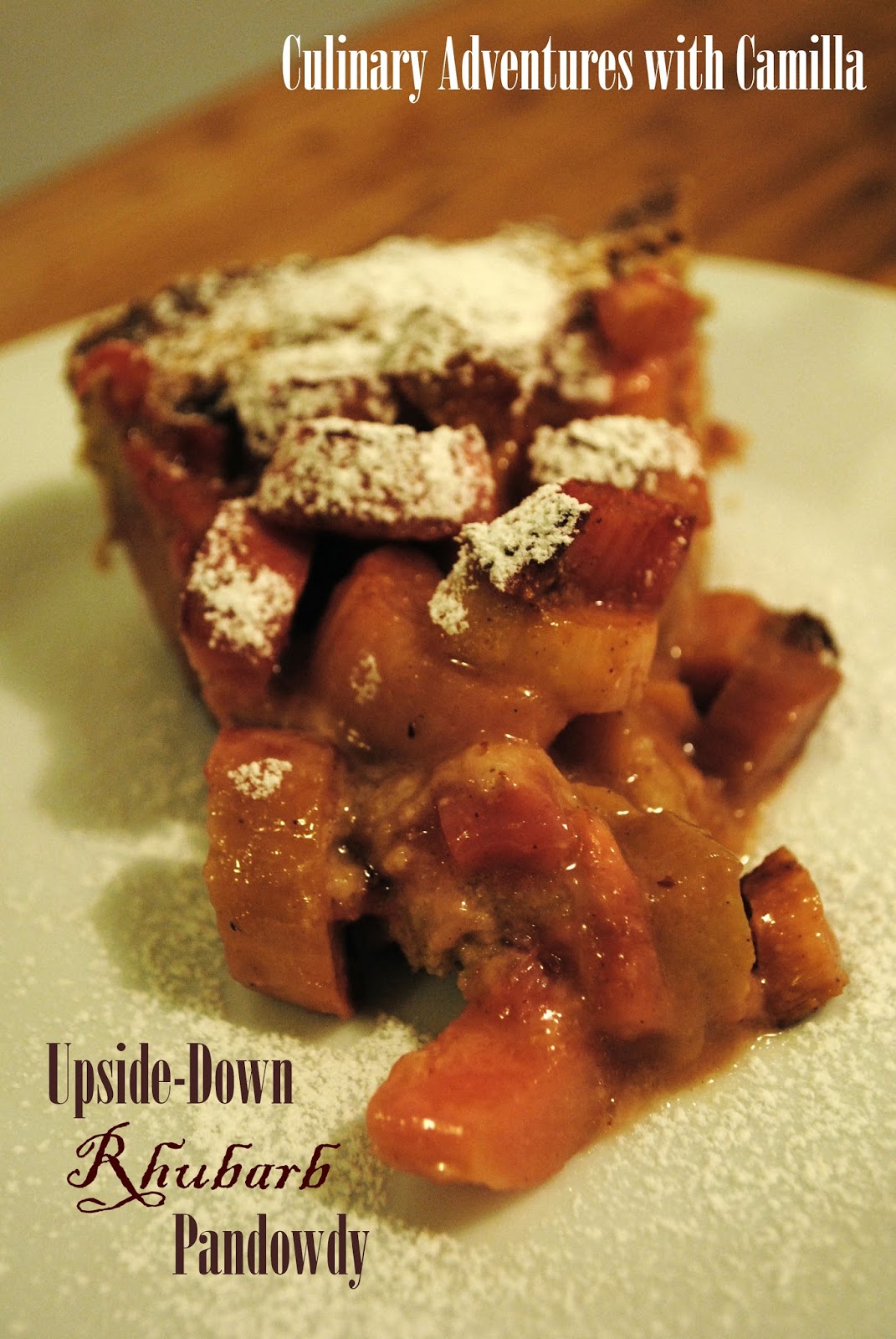 According to What's Cooking America...here's the (paraphrased) scoop on cobblers. It seems to me that the 'cobbler' is an all-encompassing term that includes some of the others.

Cobbler: an American deep-dish fruit dessert or pie with a thick crust (usually a biscuit crust) and a fruit filling (such as peaches, apples, berries). Some are enclosed in the crust, others have a drop-biscuit or crumb topping. 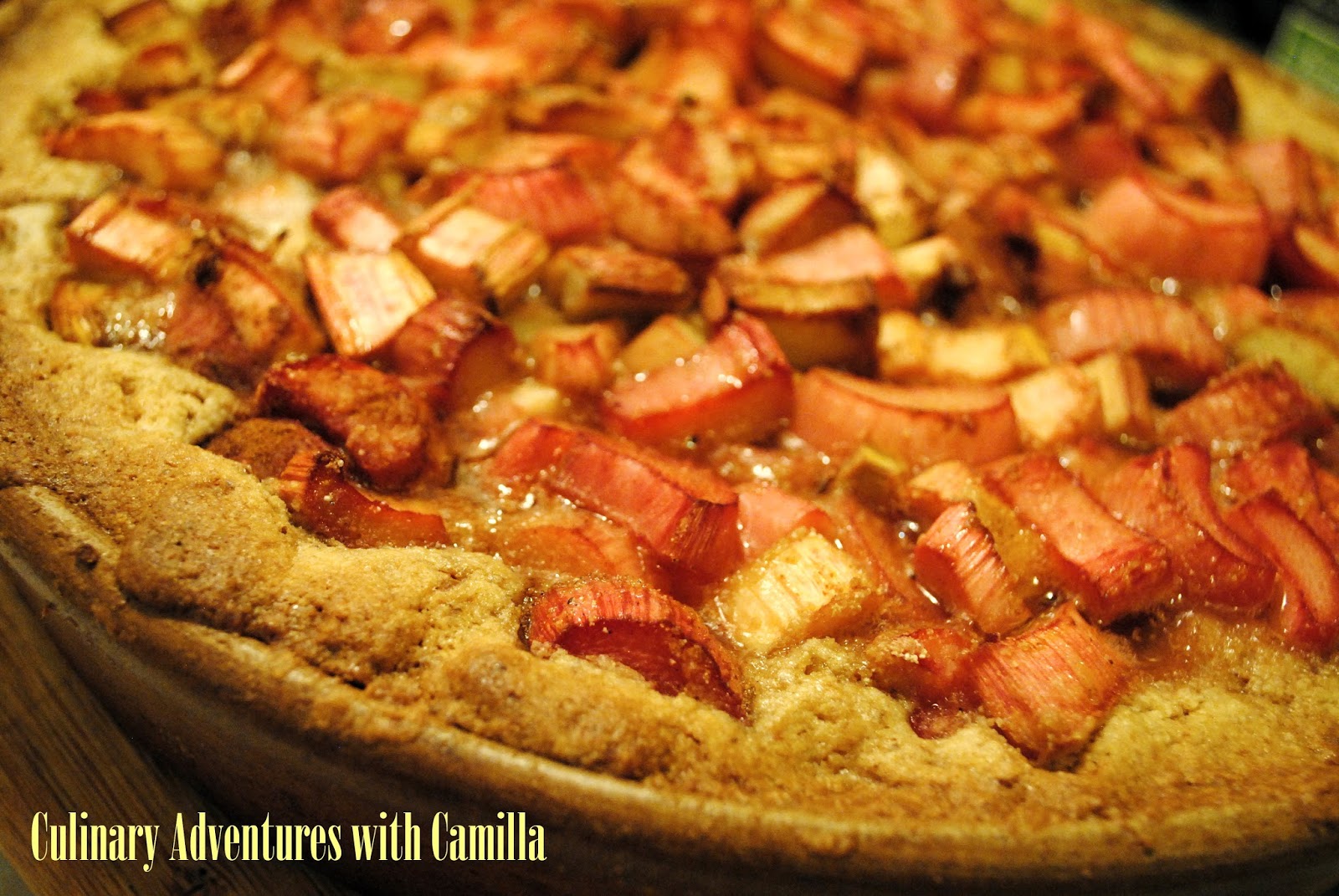 With all that in mind...and really because I like the word...I made an upside-down rhubarb pandowdy.

Stir together pastry flour and baking powder set aside in a bowl.  Beat butter and sugar until creamy.  Add eggs and mix.  Gradually add flour mixture.  Mix completely. Press the dough into the bottom of a baking dish.

In a large bowl, mix together all of the filling ingredients. Spoon it into the dough-lined pan.

Bake for 40-50 minutes. Serve with a dusting of powdered sugar.