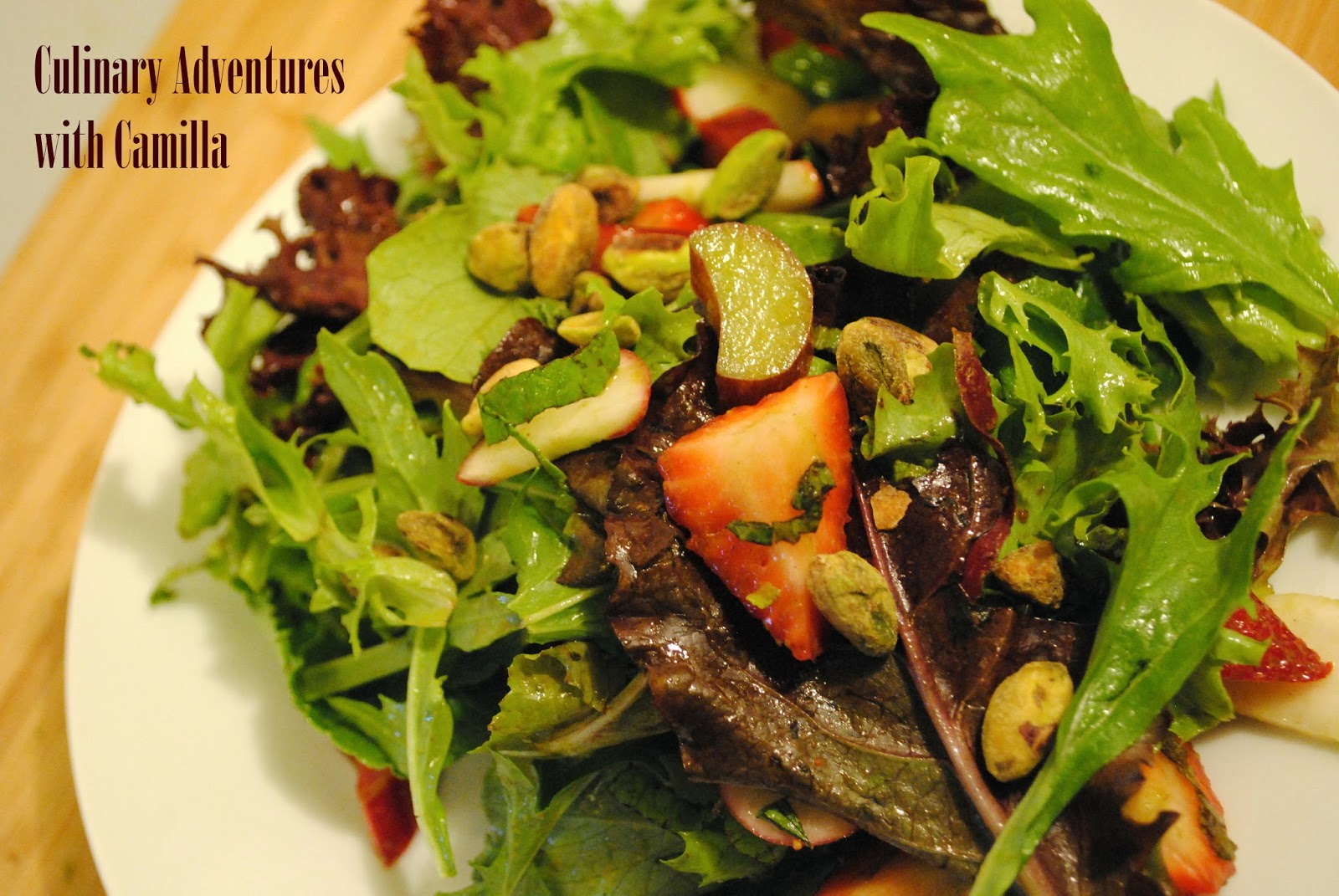 This round Rachel, at The Crispy Cook, selected Funny in Farsi: A Memoir of Growing Up Iranian in America by Firoozeh Dumas for our April-May 2014 Cook the Books project. There's an Amazon-affiliate link at the bottom of this post.


Funny in Farsi is a memoir written by an Iranian-born author who immigrated to California when she was 7 years old. It's - as you would expect from the title - funny. Really funny. But it's also heart-wrenching and mortifying. Imagine having your name's pronunciation slaughtered at every turn. My name, Firoozeh, chosen by my mother, means 'Turquoise' in Persian. In America, it means 'Unpronounceable'.... One mom at her children's school refused to learn her name and, instead, started calling her 'F-Word.'

Dumas writes with candor and her accounts truly convey the immigrant experience. I, myself, am first generation, but I have heard stories from my parents and my grandparents. So, I can relate by extension.

I chuckled at her characterization of Berkeley. Having lived there for 5 years for college, I would agree with her assessment - Berkeley wasn't just any armpit, it was an armpit in need of a shave and a shower, an armpit full of well-read people.... Don't get me wrong, I love Berkeley. But her characterization is accurate. I think that's where her humor succeeds. She tells it like it is.

When trying to decide what to cook, I considered her mother's shrimp curry or her aunt Fatimeh's homemade baklava. I pondered ham recipes in honor of her dad's Ham Ammendment. Firoozeh, when Prophet Muhammad forbade ham, it was because people did not know how to cook it properly....if the Prophet were alive today, he would change that rule.

In the end, I looked for inspiration in my newly received cookbook, Louisa Shafia's The New Persian Kitchen. I'd been eyeing this salad. So I decided that was it. We like it so much that, as long as rhubarb is in season, we'll be making this salad again and again.


According to Persian folklore, the first man and woman sprang forth from the rosy red stalks of the rhubarb plant. Although Americans typically use rhubarb as a fruit, it's actually a vegetable and mainly used in Iranian cooking to add sourness to savory dishes. Strawberries, which came to Persia from the West, are known as toot farangi, or “foreign berry.”  And crisp Spring radishes round out this rosy trio a top salad greens.


Procedure
In a large bowl, whisk the garlic together with 1 T of the balsamic and 2 T of the oil. Add the greens and mint and toss to coat. Season with salt and pepper, and divide onto serving plates.


In the same bowl, combine the rhubarb, radishes, and strawberries. Drizzle with the remaining balsamic and oil. Season with salt and pepper. Mix well and spoon over the greens. Garnish with pistachios, and serve immediately.