A Binder from Berkeley 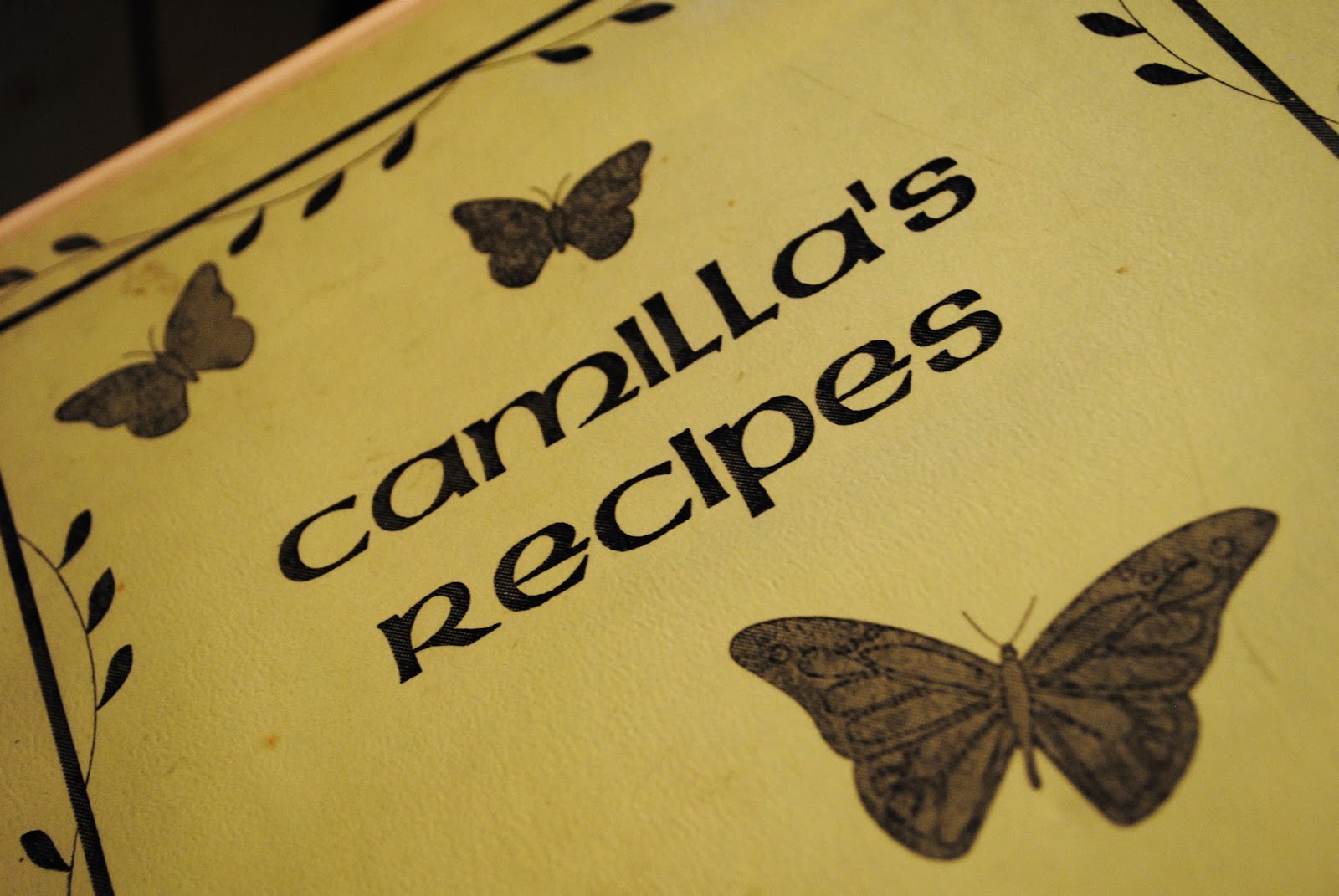 It's not Throwback-Thursday, but I had to share this. When I was pulling cookbooks off the shelf last night for our April Random Recipe selection, I came across this old binder...and I was floored.

At one point I lived with three other girls in a house on the north side of campus and we shared cooking duties. Everyone had one assigned night, except for me; I had two. How that happened, I have no recollection. But I remember starting the binder so that the other girls could flip through and pick recipes that we had all tried and liked. One of my roommates made tuna noodle casserole every single week. Every. Single. Week. And it wasn't a healthy tuna noodle casserole. It had an entire bag of Lay's potato chips crumbled over the top! Yikes. So, the binder was supposed to nudge her out of her comfort zone.

I laughed that my recipes were handwritten. I showed the boys and said, "See, at some point, Mommy's handwriting was legible!"

I chuckled at my notes. If you can't make it out, next to bulghur, I wrote "ask @ health food stores." I guess bulghur wasn't as ubiquitous as it is now. 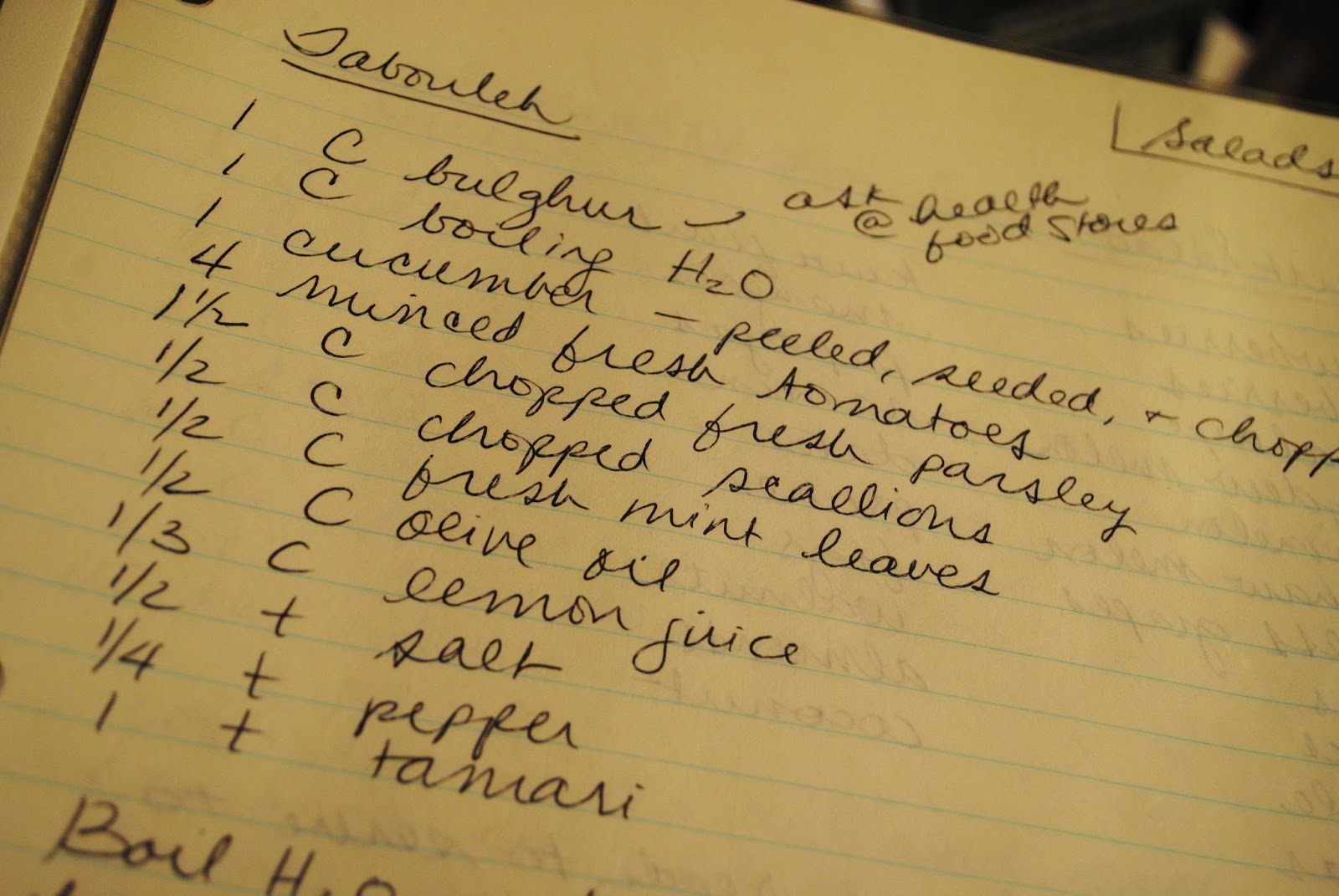 I don't ever remember making salad dressing in a blender. I guess that works. It's in the binder, after all! 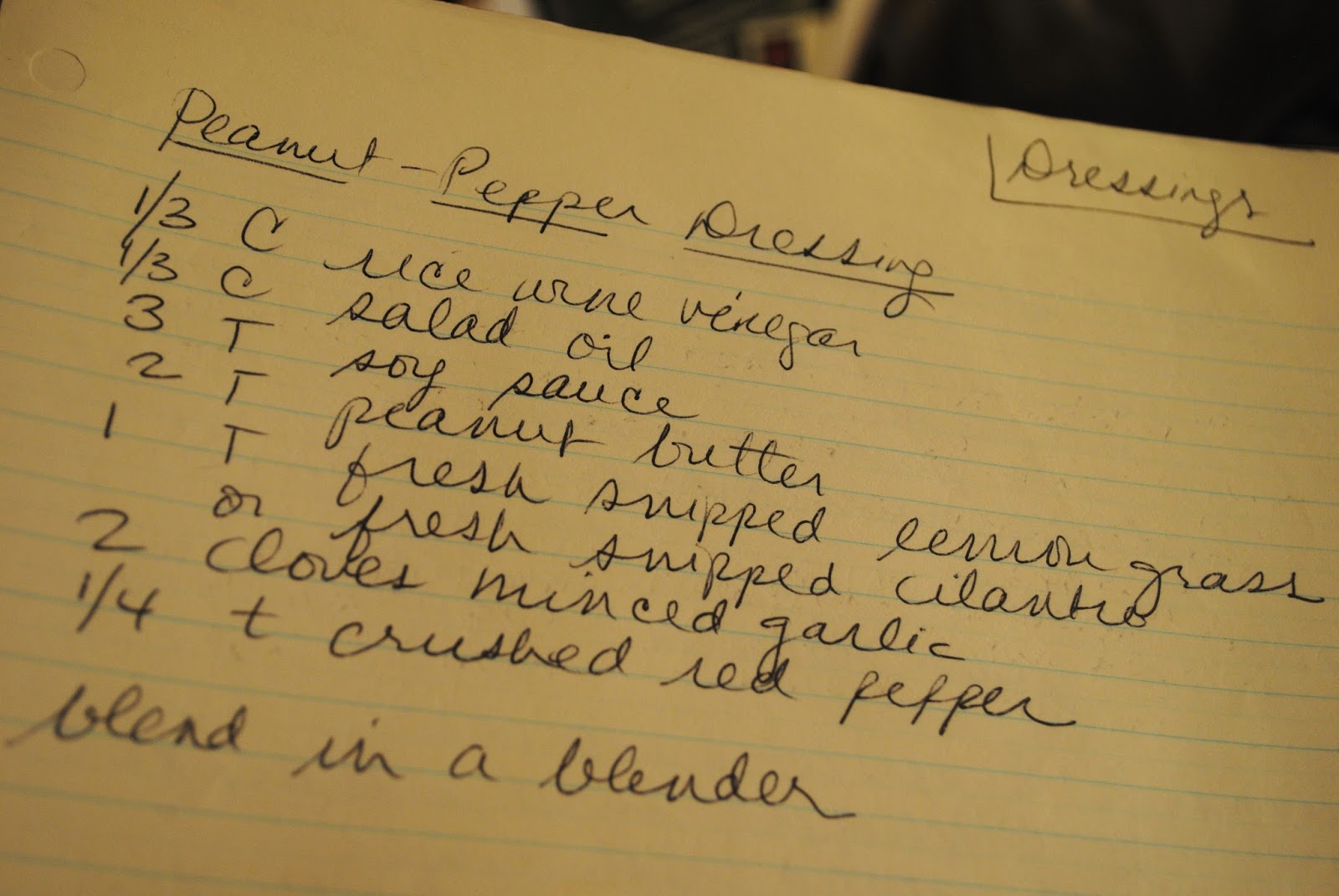 And, then, by 1996, I was emailing recipes. Even then I was obssesed with all things Italian...and artichokes. 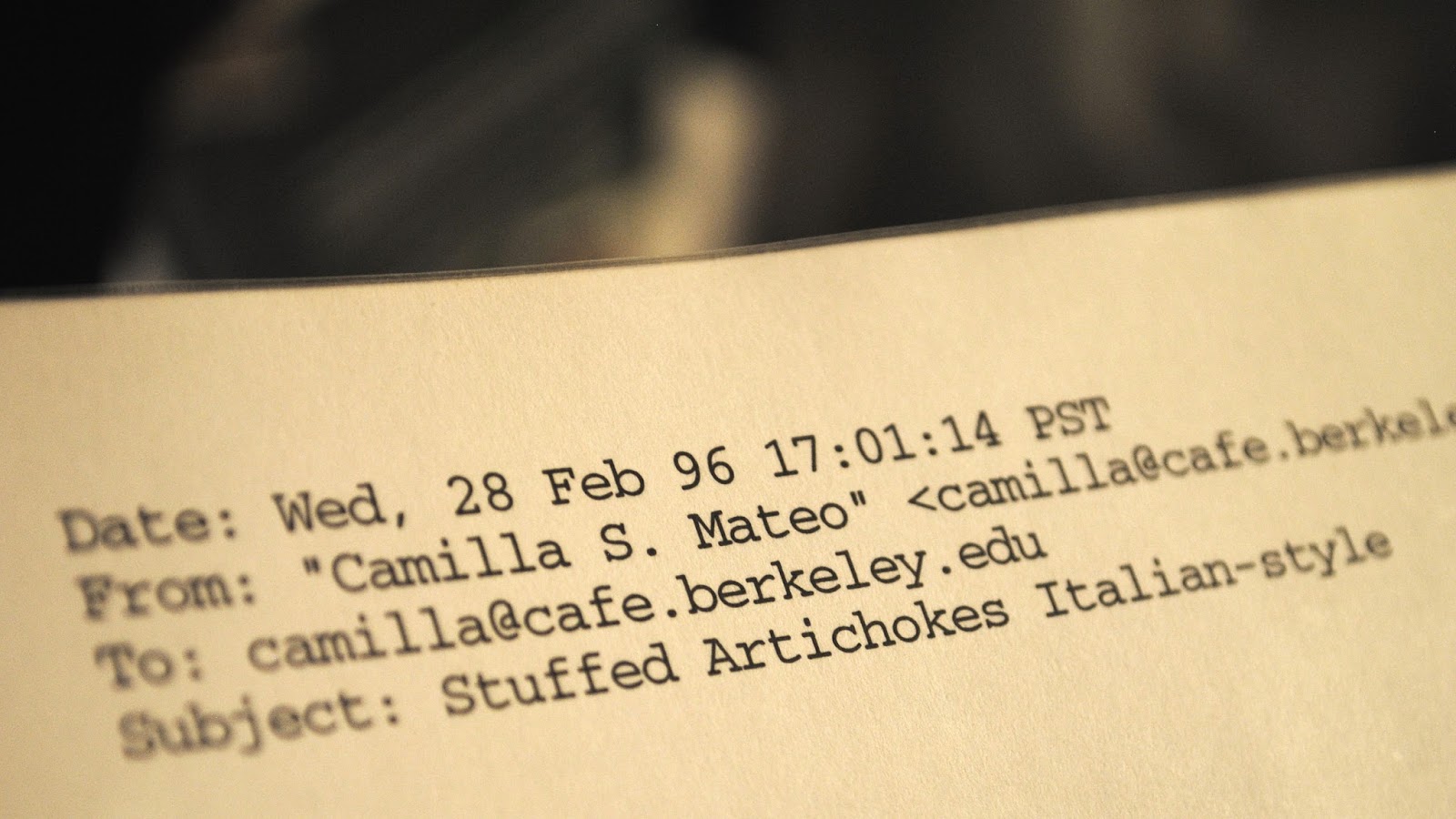 The binder also has photocopies from cookbooks and clippings from magazines and newspapers. Wow. R asked if he could take the binder to college so that he could cook from it. D piped up that he wanted it when he went to college. Too funny.

I think the binder is going to stay with me and they can subscribe to the blog! But I am going to go through this and see if there's anything in there worth re-visiting. I swear I ate rice, beans, and bananas through college. But my recipes say differently. We were eating chicken glazed in orange marmalade, braised vegetables in cardamom nut sauce, and macadamia biscotti!