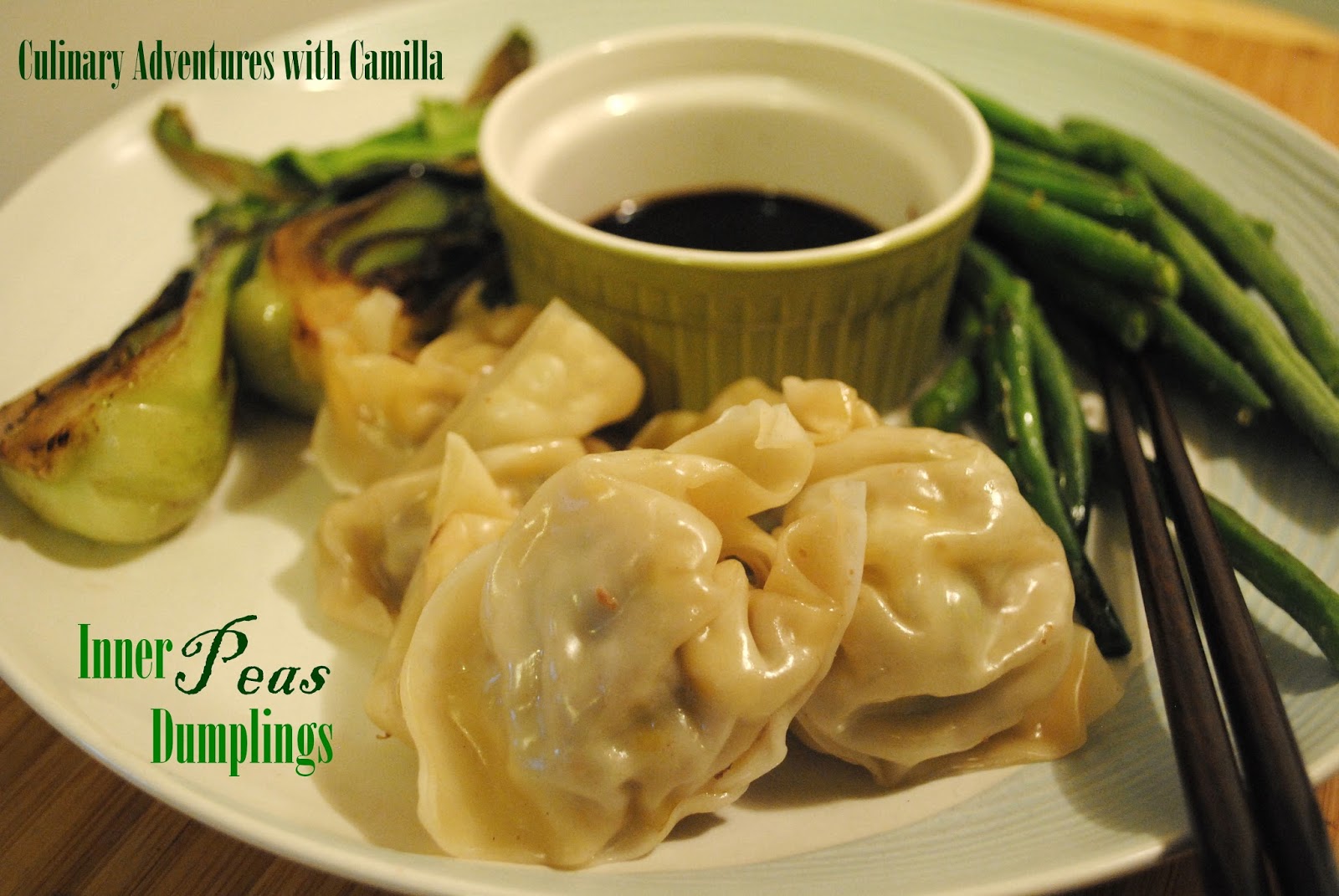 Heather of girlichef is hosting this month's Food'N'Flix. This month, we had a choice - we could watch either Kung Fu Panda or Kung Fu Panda 2. Click to see Heather's invitation.

Not only did we watch the movies in the theatre - possibly more than once! - but we own the discs. So, when we headed to Lake Tahoe for Spring Break, we brought both movies and I told the boys I needed help picking a dish. We watched both movies again while snuggled up in front of the fireplace last week. Then we cooked these this week.

D voted for bean buns; but when he said he would try to stick 40 buns in his mouth like Po, I vetoed that idea. R asked for radishes. Just plain radishes. I explained that wasn't really post-worthy, but that I would get him radishes.

Since inner peace plays a huge role in saving the world in Kung Fu Panda 2 - and Spring peas are all around - I decided to made some Inner Peas Dumplings! Get it?


The kitchen elves helped me make these. To make this a meal, I served the dumplings and dipping sauce with steamed green beans and seared bok choy from our CSA farm, High Ground Organics. Delicious! 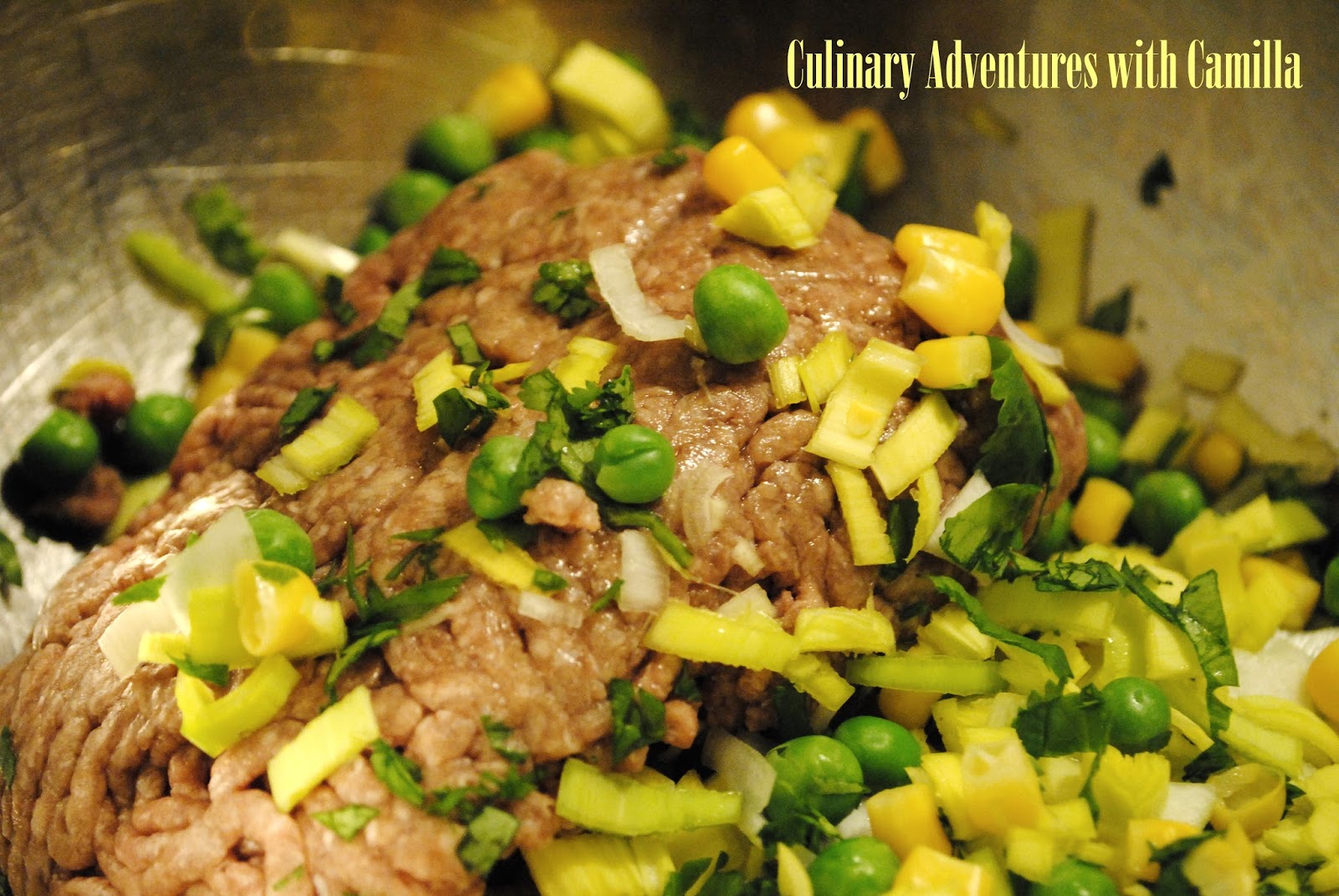 For the dipping sauce


Procedure
In a large mixing bowl, blend all of the dumpling ingredients - except the egg whites! - together until well-combined. Prepare your steaming pot. If you don't have a bamboo steamer, you can still make due with a large lidded pot, a bowl (to lift the plate off the bottom of the pan) place upsidedown, and a plate that sits easily in your pot.

Lay a wonton wrapper on your workspace. Spoon a scant teaspoon into the middle of the wrapper.

Moisten the edges of the wrapper with egg white. Fold the wrapper in half and press the edges together firmly to seal the dumpling. 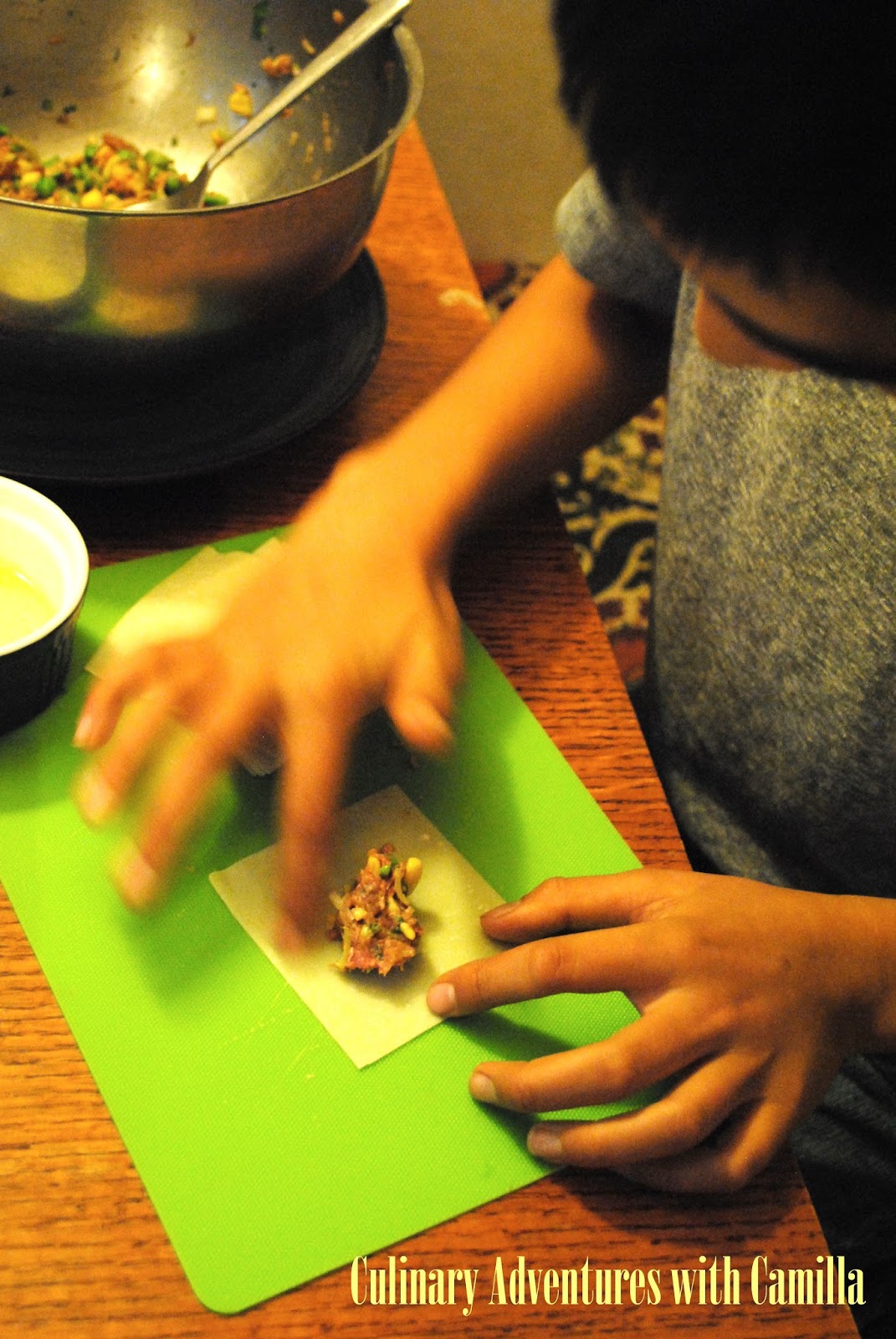 Lay the finished dumplings on a parchment-lined plate that fits into a pot with a lid. 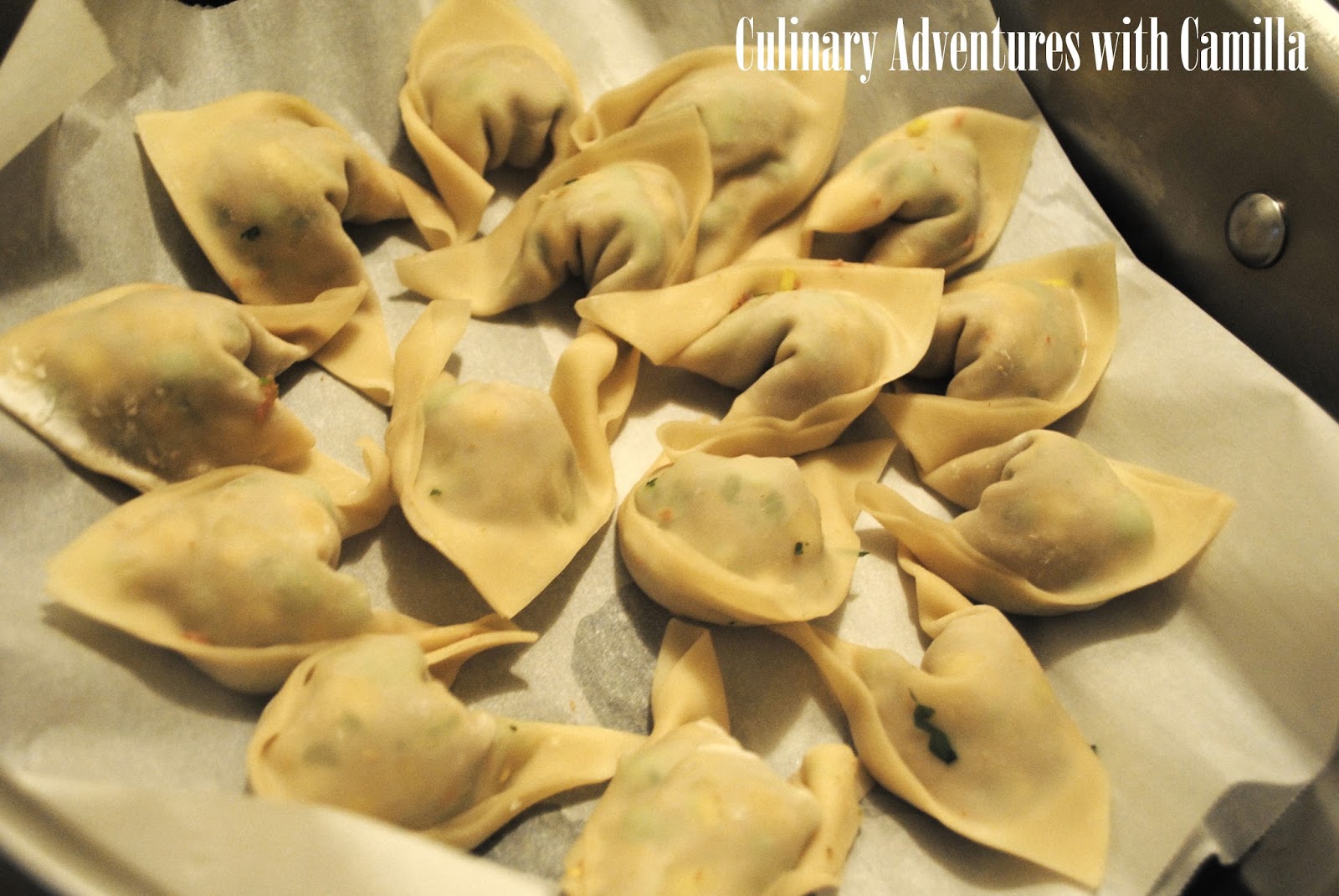 Pour water into your pot, coming up to - almost - the top of your upsidedown bowl. Bring it to a boil. Place the plate on top of the bowl, cover the pot, and reduce the heat to medium.

Steam the dumplings for 22-25 minutes. While the dumplings cook, make the dipping sauce. In a small bowl, whisk together the soy sauce, rice vinegar, chili-garlic sauce and sesame oil.

The dumplings will puff up with air while steaming and deflate as soon as you open the lid. 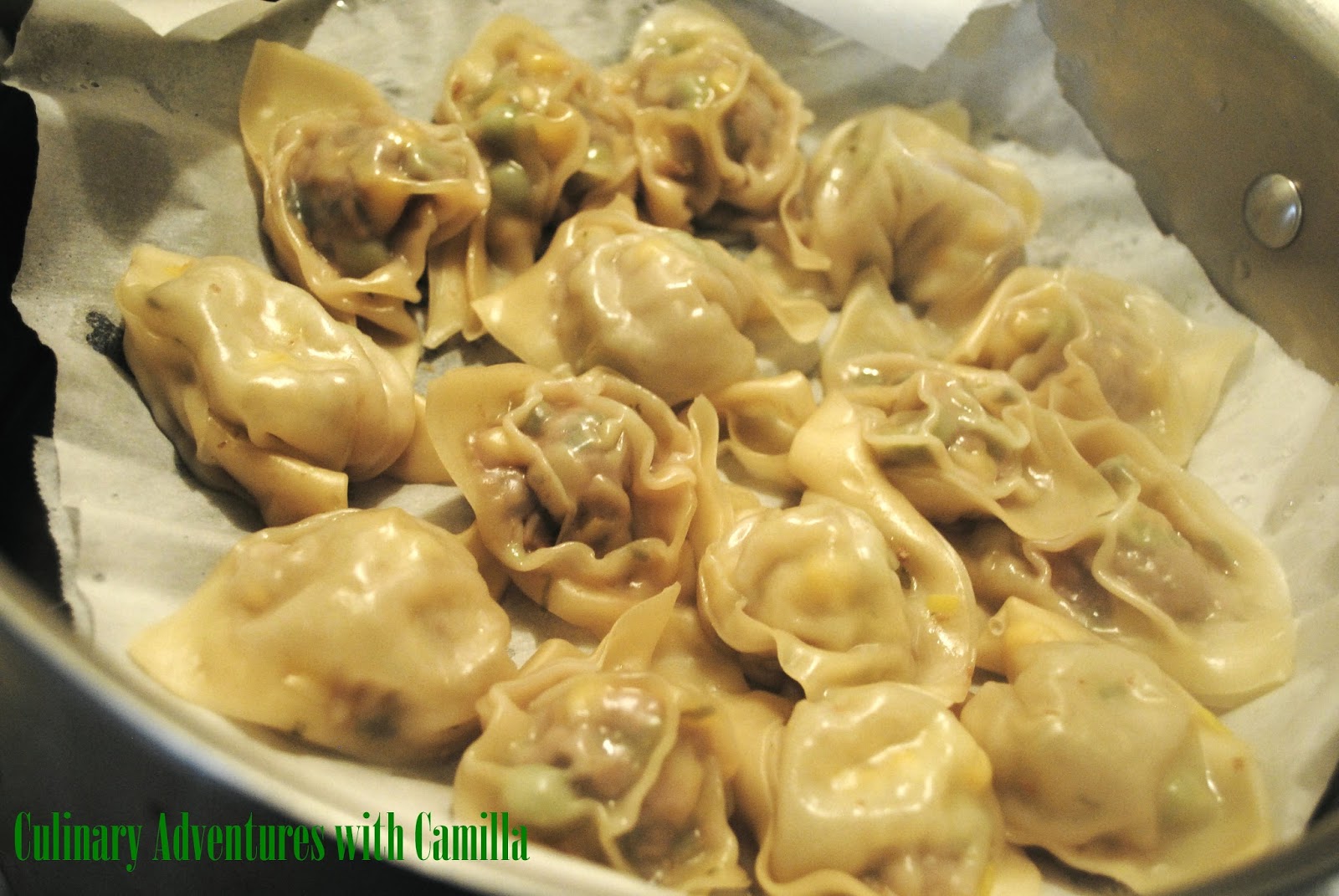 Serve immediately with a dipping sauce.

And if you want to join the Food'N'Flix fun, you have plenty of time! Posts aren't due to Heather till: April 28th. Get watching and get cooking!! I'm going to go back to the bonus features for Kung Fu Panda; Heather says there's a noodle tutorial. Fun!