By Camilla M. Mann April 07, 2014
As we go through the CSA season, I figured I'd spotlight something from the box...and I'll provide a recipe for what I did with it. 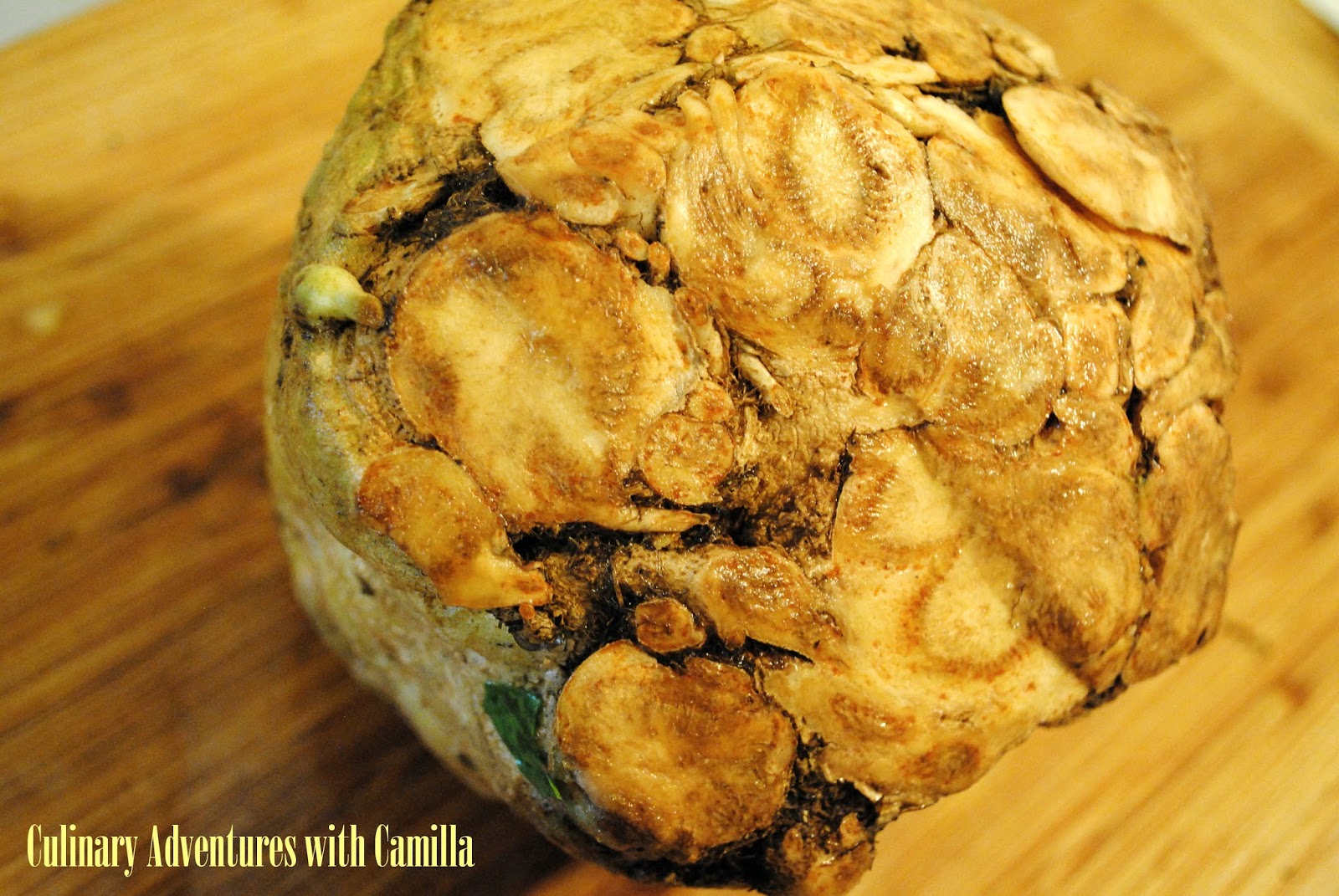 When Pia picked up our CSA boxes from High Ground Organics last Thursday, she dropped mine off in the office. "Don't show that to Brian," she warned, gesturing at the celery root. She didn't knowing that her veg-shy husband was tucked away in his office...within earshot.

Don't show me what? he demanded, peeking over the wall. She left and I spun the bag to show the innocuous strawberries and lettuce.

What are you not supposed to show me\?

No! I saw that thing. The brain! What is that?

"It's just celery root. Now go back to work, nosy! You won't even recognize it when she cooks it."

He shook his head and sat back down.

Meet Celery Root - also known as celeriac. It's one of the least photogenic root veggies. Ever. It's an ugly, sometimes hairy, muddy-colored knobby ball. It actually does look like a brain. It's, not surprisingly, the root of the celery plant. It has a mild, celery-like flavor with a starchy, rather potato-like texture. It's a surprising but winning combination.

Tonight I texted Brian: "I'm cooking the brain." He responded that he had forgotten about it. Obviously Pia hasn't cooked their yet. Here's what I did with ours... 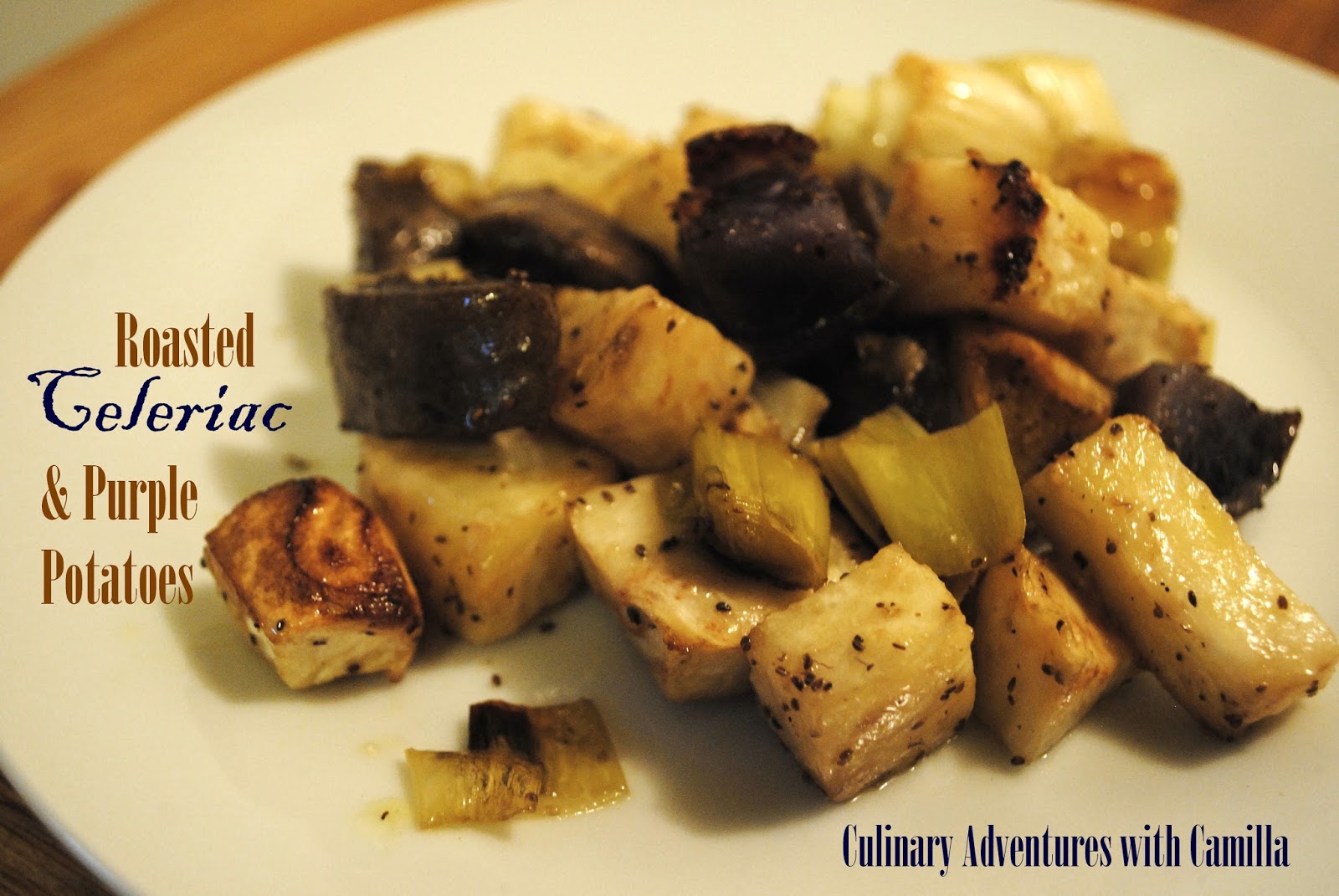 
Procedure
Preheat the oven to 425° F. Place the leek, celeriac and potatoes in a large mixing bowl. Sprinkle in the celery seed and salt and pepper to taste. Drizzle with olive oil until it's all coated and glossy. Spoon the mixture into a baking dish. Roast for 30 minutes.

Reduce the heat to 375° F and stir the veggies. Return the pan to the oven for another 30 minutes. The celeriac and potatoes should be easily pierced with a toothpick or skewer but not mushy.