Algeria: Cooking Around the World with Camilla (CATWWC) 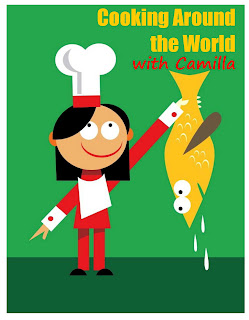 A good friend told me that I wasn't doing the boys any favors by teaching them that whatever they "order" for breakfast, lunch, and dinner, they get. So, I have actively been teaching them how to cook. They won't need to find girlfriends and wives to cater to their fearless palates; they'll be able to cook for themselves and their true loves.

What it means for this adventure, though, is bickering. "Mom, Riley helped you with Albania. I get to help with Algeria. Otherwise, it's not fair!" Fine. Wash your hands and get an apron.

We're on to country number three of our Cooking Around the World adventure. And Dylan is my sous-chef tonight.

So, here we go. We're moving from the Western Balkans to North Africa. Dinner tonight was made up of a trio of savory dishes from ALGERIA, the third country on the list.

Country: Algeria
The cuisine of Algeria is a mix of various influences - from Berber to Arabic to French to Jewish. Most cooking is centered around long-simmered meats and stews that are served with couscous. Meals often end with dried and fresh fruits. The range of ingredients is essentially Mediterranean, including lamb, chicken, tomatoes, olives, peppers, eggplant, lentils, oranges and lemons. Since lamb is not a favorite of my two small Manns, I opted to use ground beef for our main dish.

Here's what we ate on our tabletop journey to Algeria... 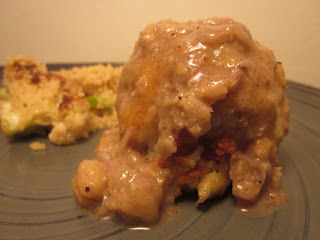 Tajine el Khoukh (Algerian Stuffed Peaches)
This recipe doesn't actually contain any peaches. It's called a 'peach' because the potato layer around the meat is fuzzy like a peach. This involved multiple steps but was well worth the effort. 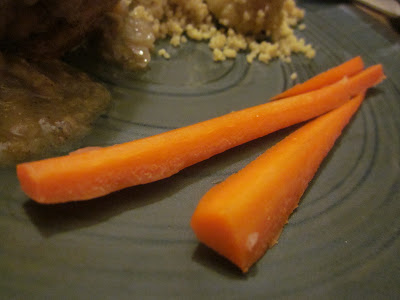 Algerian-Spiced Carrots
Barely blanched and lightly spiced, with salt, ginger syrup, and lemon juice, these carrots were a hit...at least with the tall Manns. The boys prefer their carrots "crunchy and plain." 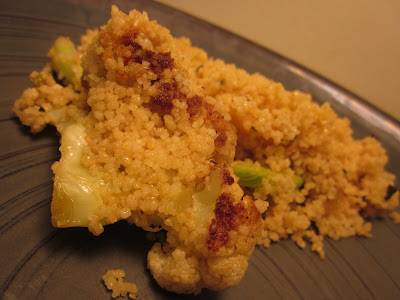 Fragrant Algerian Couscous
Normally my couscous is a tasty, but very plain, sidedish. Nothing in the pot except for the semolina wheat. Most of the recipes I found for Algerian couscous were laden with vegetables - zucchini, tomatoes, carrots, and more. This version used cauliflower which was perfect since I still had a head in my High Ground Organics CSA box. I omitted the garbanzo beans since I used those in the sauce for the meatballs. 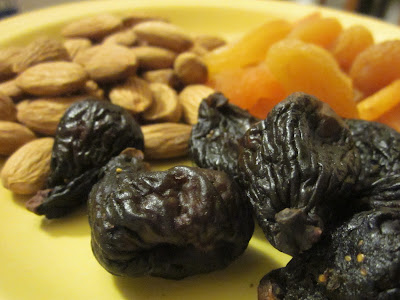 I skipped making an Algerian dessert, opting instead to serve dried figs and apricots at the end of the meal.

Enjoy my tabletop travels. Join me in whipping up a dish or two. If you do cook something from one of these countries, I'd love to hear about it. Feel free to comment on the posts themselves or email me at constantmotioncamilla at gmail dot com.

This Knight of the Global Table Adventure is signing off for now. We're off to Andorra next. I'm going to  have to pull out the atlas myself for this one. Where the heck is Andorra?!?