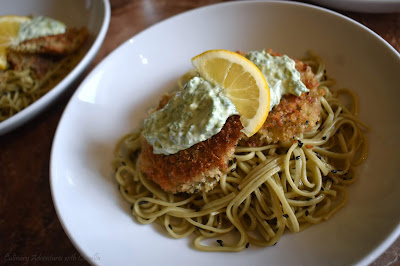 It's time for Fish Friday Foodies' August event. We are a group of seafood-loving bloggers, rallied by Wendy of A Day in the Life on the Farm, to share fish and seafood recipes on the third Friday of the month.


This month, Sue of Palatable Pastime is hosting as we share Japanese seafood recipes. She wrote: "We're posting Japanese fish and seafood recipes. Please note that cooked recipes are welcome and that these do not need to be only sushi or sashimi recipes, although raw recipes are welcome as well. I find summer a very pleasant time to have Japanese as it suits well for both cold foods and grilled fish, among other things."

Before I get to my post for the event. Here's the rest of the #FishFridayFoodies' offerings... 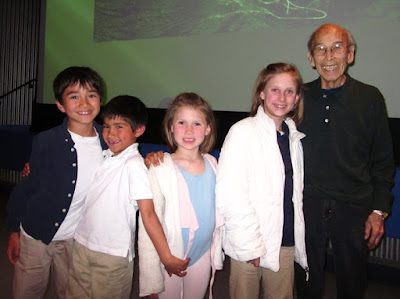 Back in May 2011, I took the boys and some of our friends to hear Roy Hattori speak at the Monterey Bay Aquarium. Roy was the last surviving hard-hat abalone diver. 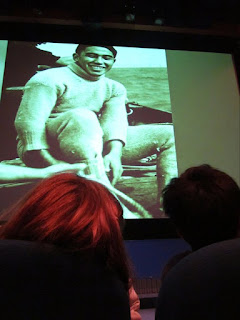 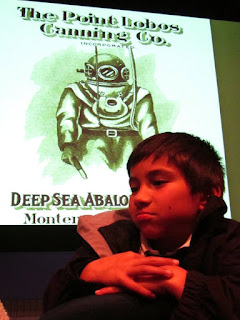 That's Roy Hattori (photo on the left), back in the day, in the woolen underwear he knitted himself! He told a compelling tale about being an abalone diver. He was born in Monterey in 1919 where Japanese fisherman started the entire commercial fishing industry on the peninsula. Apparently the first abalone harvests were exported to Japan, but in 1913 that became illegal. And it wasn't until Ernest 'Pop' Doelter, a German restaurateur nicknamed 'the Abalone King', debuted pounded abalone steaks at the 1915 World's Fair in San Francisco that abalone's domestic popularity began to rise.


Doelter's restaurant flourished until 1952, but he couldn't have met the overwhelming demand for abalone without the expertise of Japanese immigrants. The Japanese introduced diving in wool suits and bulky helmets, which staved off hypothermia in Monterey's chilly waters, and they were adept at separating the abalone's flesh from its shell.
By the 1920s, nine different abalone companies - all Japanese - operated from Monterey's Fisherman’s Wharf. However, most of them didn't stay. They returned to Japan after a few seasons. So, Roy, who was born here and who graduated from Monterey High School - where my boys attend now! - was a rarity.

During World War II, other Japanese divers were deported while Roy was sent to an internment camp in Arkansas. After two years in the camp, he was drafted into the military and served another two years. When he returned to Monterey in 1945, his diving boat was long gone and he wasn't able to reinvigorate his craft.

Roy has, sadly, passed since we saw him. But I am grateful that we were able to catch his last public speaking event. 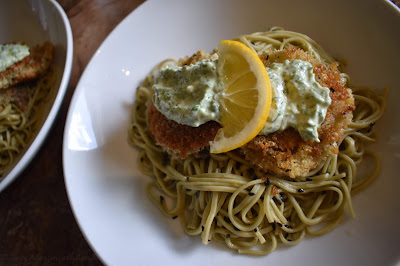 Whenever our CSF (community supported fishery) offers abalone I order an extra package. And while I've served them in Italian-inspired dishes such as Abalone-Topped Pasta all'Amatriciana or French-style in Meunière-Style Monterey Bay Abalone, I decided to do a dish that leaned more to the Japanese side: Panko-Crusted Abalone Over Green Tea Soba Noodles. 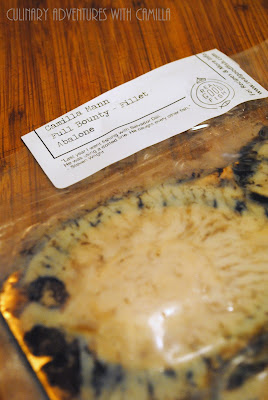 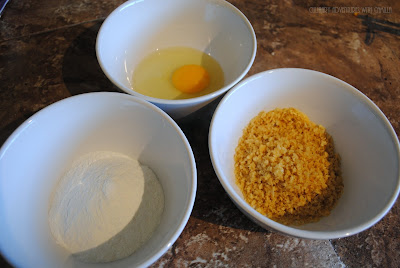 Abalone
Place the flour, beaten egg, and panko breadcrumb in bowls. Coat each abalone in flour, shaking off excess. Dip in egg. Dredge in panko.

Melt butter in a splash of olive oil in a large, flat-bottom pan over medium-high heat. When the butter begins to foam, place the abalone in the pan. 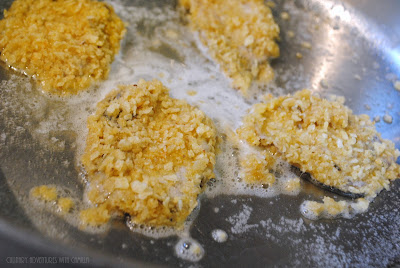 Gently agitate the pan, allowing the butter to turn brown and give off a nutty aroma. After 2 minutes, turn the abalone and cook for another 2 minutes. Remove from heat.

For Serving
Cook noodles according to package directions. Drain and toss with soy sauce and sesame oil. Divide into individual serving bowls and sprinkle with sesame seeds.

Place abalone on top. Spoon a dollop of wasabi aioli on the top and garnish with a lemon slice. Serve immediately.
Posted by Camilla M. Mann at 9:05 PM