Multi-Use Costumes, Supplì al Telefono, and Other #StarWarsFood for #FoodNFlix 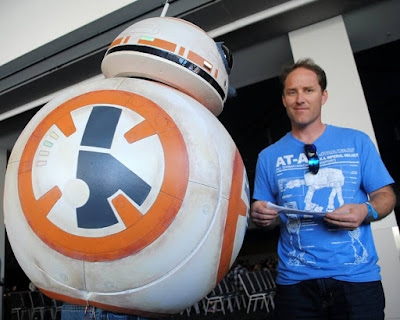 Just a reminder why you're being bombarded by Star Wars-inspired recipes this month. Kelley of Simply Inspired Meals is hosting a month of Star Wars recipes for Food'N'Flix. You can read her invitation here. I've decided to wrap up my Star Wars-inspired posts with a ball-shaped recipe in honor of our favorite sentient beach ball. BB-8! But first...

Multi-Use Costumes
My husband and his dad pals are out of control with the Halloween costumes...and they are die-hard Star Wars fans. Die. Hard.

Whenever a new movie comes out, we go to opening night and wait in line for hours, taking turns running to the restaurant near the theatre for cocktails.

When The Force Awakens* came out, not only did they create these costumes with the kids for Halloween 2015; but they had to go out for a photo shoot on the sand dunes. Here's R and one of his best friends (since kindergarten). He's BB-8 and she's Rey. 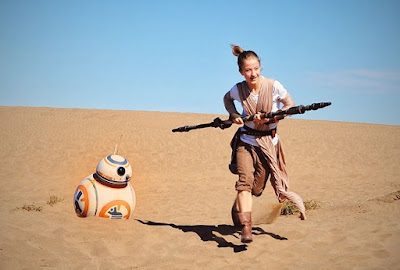 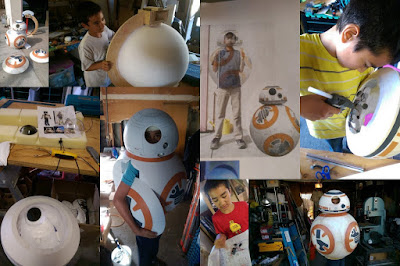 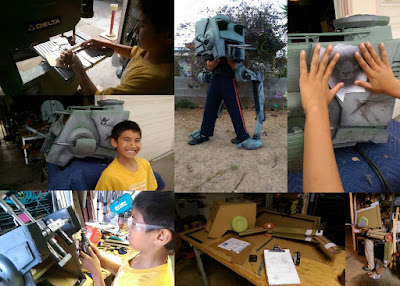 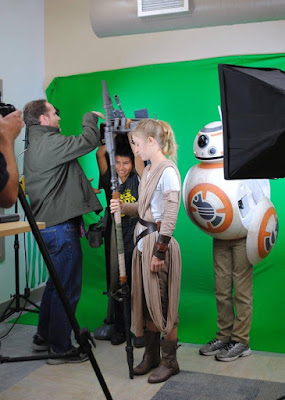 You can watch the finished video... with their briefest cameo. LOL.

And, the following Spring, when friends gave us tickets to the 2016 Silicon Valley Comic-Con, they wore them again. They entered the costume contest and both walked away with a trophy. Woo hoo! 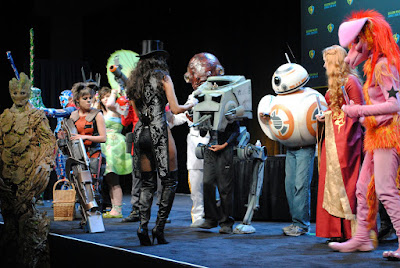 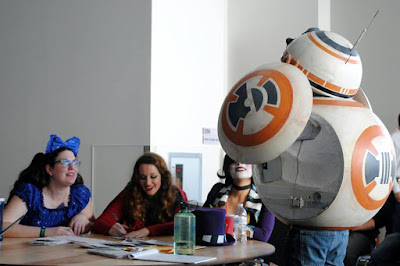 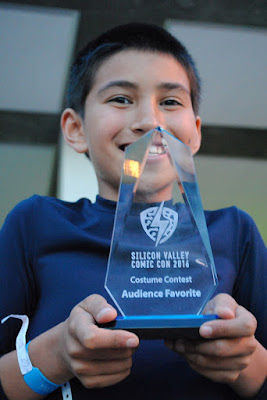 Hooray for being able to use costumes multiple times!! 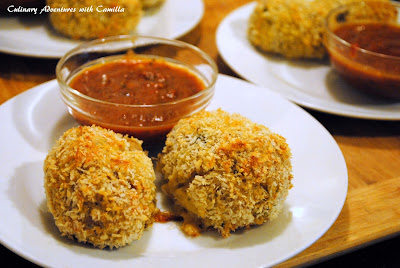 In honor of our beloved BB-8, I wanted to make something ball-shaped.

I used to buy Supplì al Telefono from my neighborhood rosticceria in Rome probably more often than I should admit. They're delicious and easy to eat while on the go. And I was always on the go. Not much has changed in that regard.

Supplì al Telefono, literally means supplì 'to the phone.' Odd name, perhaps, until you think back to the days when phones had cords. Yes, younguns, phones used to have cords! Inside the supplì are molten bits of mozzarella cheese; when you bite into them and pull away, the melted cheese is long and stringy, resembling a telephone cord. Like this... 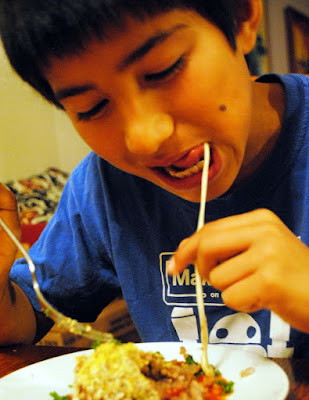 This is a great dish to use up leftover risotto. Use whatever risotto you have on-hand. 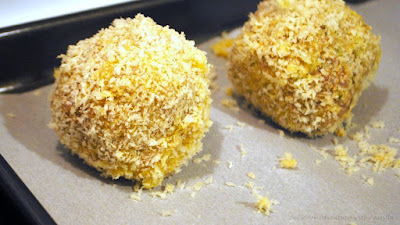 Procedure
Preheat the oven to 425º F. Line a baking sheet with parchment.

Take a handful of cold risotto and flatten slightly. Press one cheese cube into the center. Cover the cheese with more rice and roll into a ball form. Dip the ball into flour, shaking lightly to remove any clumps,

Coat the ball with beaten eggs and, finally, roll the ball in the bread crumbs. Place the coated ball onto the prepared baking sheet. Repeat with the remaining risotto until all of the risotto has been used. 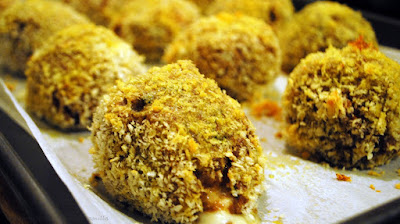 Bake for 20 to 22 minutes or until golden brown and crisp to the touch. While they are baking, make the marinara sauce.


Place the passata di pomodoro, basil, oregano, and garlic in a small sauce pan. Bring to a simmer and reduce till slightly thickened.

Serve with marinara sauce and a generous sprinkling of fresh chopped parsley.

#StarWarsFood Recap
And this month, I have also posted the following recipes. Click on the title to go to the original recipe post.
Chewie Ginger Cookies 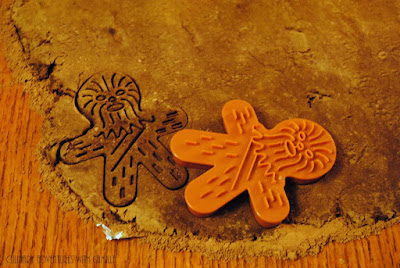 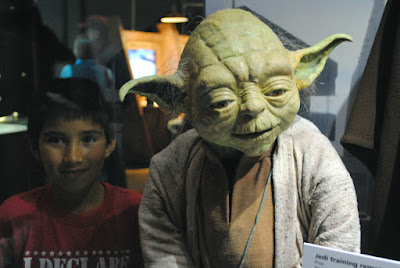 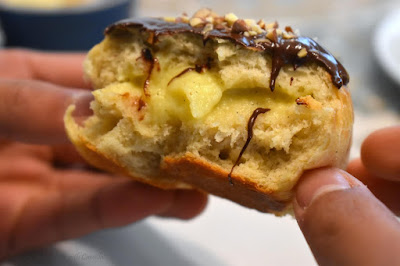 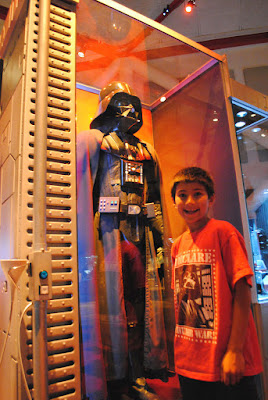 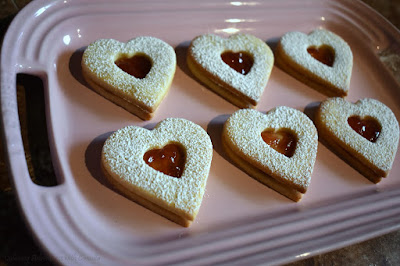 So that's a wrap for me. Do you have any Star Wars-inspired culinary creations? I'd love to see them. Or send them over to Kelley and join the fun! You still have the better part of two weeks to submit something.