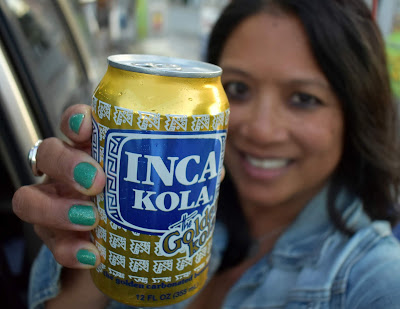 Not all of my culinary adventures require me cooking. I love getting recommendations for authentic restaurants. It's not that I don't appreciate chefs' adaptations and making recipes their own; however, when I hear of an 'authentic' spot from a native of that country, I always make a point of going!

So, when my friend Berniz recommended Andes Café in San Mateo for authentic Peruvian food, I made a point of putting that on the weekend's plans. It seemed a good spot to stop for dinner on our way home from San Francisco. I'm so glad we stopped!

The owner whose name is Blue welcomed us and chatted with us about the menu. R and I perused and then decided on Chicha Morada, Ceviche Mixto, Papas a la Huancaina, Anticuchos de Corazon (yes, we tried the beef heart!), and we took two Inca Kolas for the road. Blue said, "Most Americans don't order like this. This meal will be just like what you would eat in Peru." Sweet!! 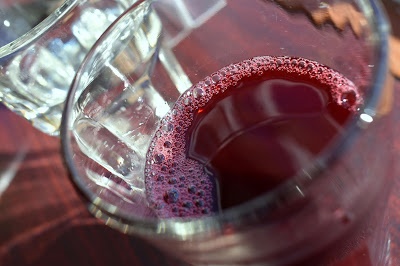 This is a purple corn drink which Blue described how to make: boil the purple corn for 4 to 6 hours, mash the kernels, strain it out. Mix with pineapple juice and spice with cinnamon. It was really interesting. But, given the process to make it, I think I'll just head back up there and order it. 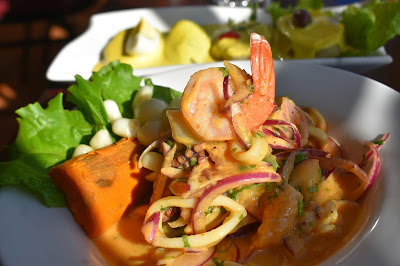 We make and eat ceviche often. But I have never served it with sweet potatoes and corn kernels. This was delicious and a nice mix of shrimp, fish, and squid. 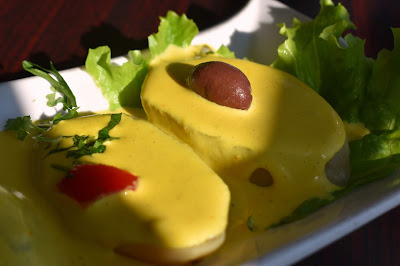 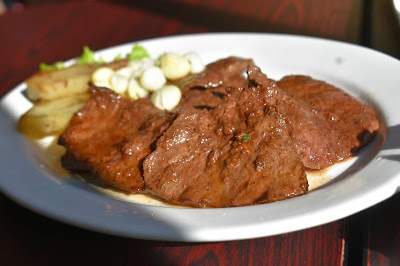 Yes, we tried the beef heart! I actually love that I suggested it and he didn't bat an eyelash. "Sure! That sounds good." The beef heart was marinated, skewered, and grilled. It was delicious. 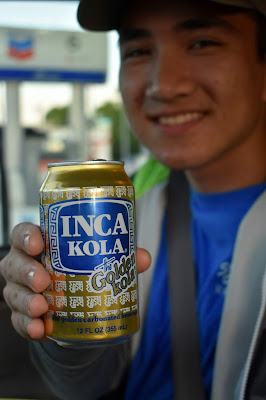 We grabbed two Inca Kolas for the road. Apparently this was created in Peru in 1935 by a British immigrant who made the soda using lemon verbena. But I definitely didn't get any of that flavor. To me, it smelled strongly like bubble gum...like classic Bubbalicious bubble gum. But it tasted more like cream soda. Not being a huge soda fan, it definitely wouldn't be on list to try again, but I am glad we gave it a shot.

R and I enjoyed the dinner and hope to be able to squeeze in a stop with the robotics team when we're up there for a competition. We'll see!