By Camilla M. Mann August 13, 2013
I decided to make a breakfast dish for our Cooking Around the World tabletop travel to New Zealand. New Zealand has always been on our dream-travel list...real travel. One of these days we'll get there. Till then... 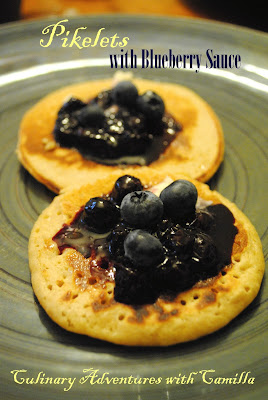 The Maori name for New Zealand is Aotearoa, which means the land of the long white cloud.

'Kiwi' refers to New Zealand’s native flightless bird and also used as a slang term for a New Zealander. Kiwis call the fruit kiwifruit, which is also known as Chinese Gooseberries.
The largest city in New Zealand is Auckland.

New Zealand was the first major country to have universal suffrage. In 1893 it was legal for both men and women to vote.

New Zealand is part of the Pacific Rim of Fire. Mount Ruapehu, situated in the middle of North Island, is the most active volcano on mainland.

You drive on the left side of the road in New Zealand, and always give way to cars on your right. 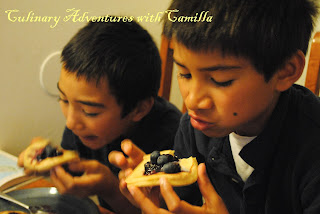 Okay, now on to breakfast. Pikelets are a type of pancake popular in both Australia and New Zealand. If you've been following me for awhile, you'll know that my boys do not like my pancakes. My crepes, yes. My pannekoeken, yes. My pancakes, no. So, I had my fingers crossed that these would be in the 'thumbs up' category. The verdict: these were sweeter and thicker than regular pancakes. Thumbs up! Woohoo. 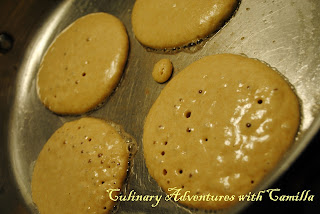 I found several recipes, but went with this one from The Edmonds Cookbook, the quintessential guide to traditional New Zealand cuisine. It was first published as The Sure to Rise Cookery Book in 1908, as a marketing tool by a manufacturer of baking powder, but it's now a Kiwi icon. The book has been described as "as much a part of New Zealand kitchens as a stove and knife" and at one time it was sent to every newly engaged couple in New Zealand. Interesting. 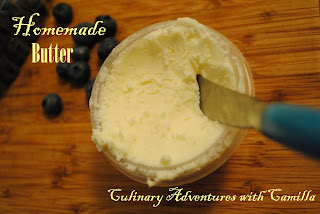 *I was pleasantly surprised by a little tub of homemade butter in my fridge! The boys had asked me for heavy cream and a mason jar last night. I saw them shaking and rolling the jar back and forth to each other. Then I saw a dirty stainless mesh strainer in my sink. I guess this is what they were making! Sweet.

Beat the egg and sugar until thick and add with the milk to the sifted flour, salt and baking powder.

I made a quick fresh blueberry sauce while the pikelets cooked. 2 C fresh bluberries, 1/4 C organic granulated sugar, 1/8 C water. Bring to a boil in a saucepan. Then simmer till it's the consistency that you want.

Well, these Global Table Ambassadors are signing off for now. We're heading to Nicaragua next. What should we make?