By Camilla M. Mann December 10, 2020
This is a sponsored post written by me on behalf of Melissa's Produce.
I received complimentary product for the purpose of review and recipe development,
but all opinions are honest and they are my own. This page may contain affiliate links. 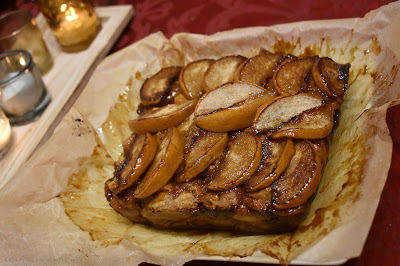 When I received a package from Melissa's Produce* to take part in the 2020 #FamilyBakingChallenge I was intrigued immediately by the Butterscotch™ Pears. So, I picked their Butterscotch™ Pear Bread Pudding as my first recipe to tackle. 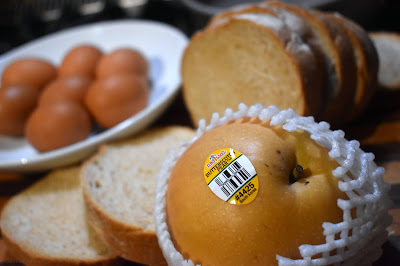 I am already late to the party; the challenge started three weeks ago. And I, of course, went completely off the rails, swapping out bread to use up some leftovers, substituting eggnog for milk, and adding in lots of holiday spices. Then I made a mahogany sage-infused caramel to pour over the pudding before adding the pears. But this was a smash hit with my trio. I'll get to my recipe in a moment. But, first, a little bit about the fruit that inspired this: Butterscotch™ Pears. 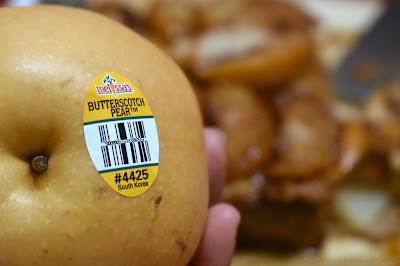 Butterscotch™ Pears are a type of Asian pear that Melissa's Produce carries. Asian pears are also referred to as Japanese pears, Chinese pears, Korean pears, Taiwanese pears, apple pears, zodiac pears, three-halves pears, papples, and sand pears. My grandmother used to always have them in her fruit bowl and we called them 'apple pears.' With paper thin skin, these fruits are voluptuous, firm and crisp. In researching these, I realize that I have erroneously thought these were a hybrid between and apple and a pear. It turns out that these have been cultivated in China and Japan for over three millennia and are a fruit closely related to the pears of Europe.
Note: Start by infusing the cream with the fresh sage leaves because the longer you leave them, the more pronounced the flavor. After you have strained out the leave, start the pudding.
Ingredients makes one 8" bread pudding 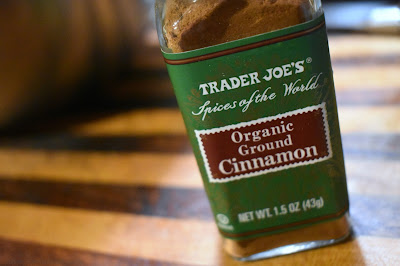 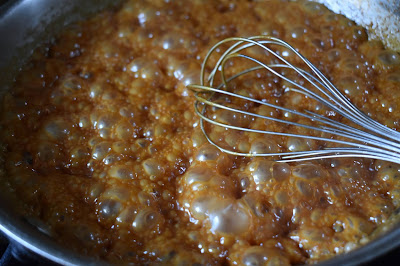 Sage Caramel
Add the cream and sage to a small saucepan and bring to a simmer. Let the sage infuse into the cream for 15 to 20 minutes; the longer you leave it, the more pronounced the flavor. Once it's cool, discard the leaves.
Bread Pudding
Preheat oven to 325 degrees Fahrenheit. Line your baking dish with parchment paper and set aside.
In a medium mixing bowl, whisk together the cream, eggnog, and eggs until the well-combined.
In a large mixing bowl, add in all of the remaining bread pudding ingredients. Pour the egg mixture over the top, then use a wooden spoon or your hands to incorporate all of the ingredients together. Everything should be moistened and evenly coated with the eggs and spices.
Turn the mixture into your prepared pan and place the pudding in the oven. Bake for 25 minutes. In the meantime, make your caramel and topping.
Sage Caramel
In a medium skillet, heat the sugar until it melts and turns a honey color. Swirl the pan to help the sugar dissolve evenly. 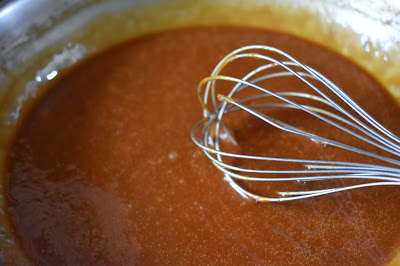 When the sugar is completely dissolved and caramelized, pour in the cream very carefully. It will bubble up violently when the cold cream hits the hot sugar. Use a whisk to incorporate the cream. When everything is smooth, add in the salt and remove from the heat.
Topping
Melt butter in a heavy skillet and sprinkle the bottom with dark brown sugar. 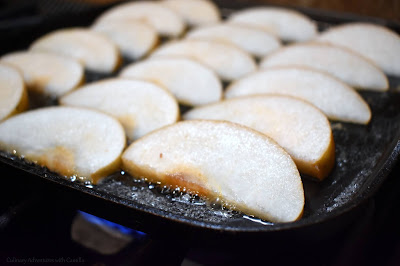 Arrange the pear slices in the pan in a single layer and cook, without stirring, until the fruit begins to caramelize, approximately 6 to 8 minutes. 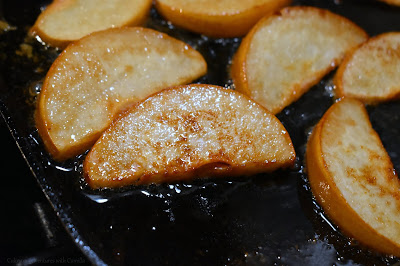 Flip the slices over and cook for another 6 to 8 minutes. The pears should be nicely golden and softened in the center.

Pull the bread pudding out of the oven, after 25 minutes. 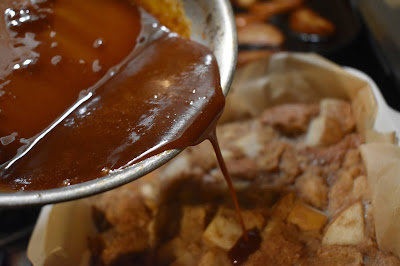 Return the pan to the oven and bake for another 30 minutes. 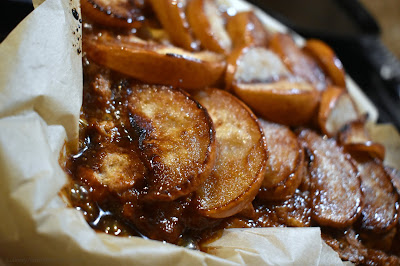 The bread pudding should be firm, the caramel bubbling, and the pears a beautiful burnished color. 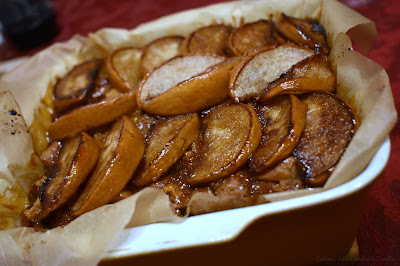 Let cool in the pan for 10 minutes. Lift the parchment paper and place on a serving platter. 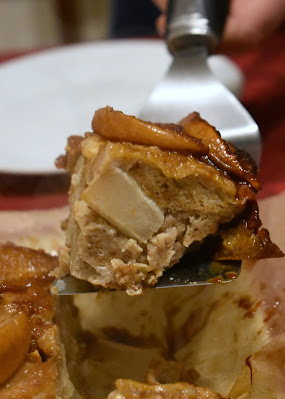 Serve while warm. My family thought it needed (1) more caramel for drizzling over the top and (2) a huge mound of unsweetened whipped cream. They didn't get either...just the Butterscotch™ Pear Bread Pudding. Maybe next time! 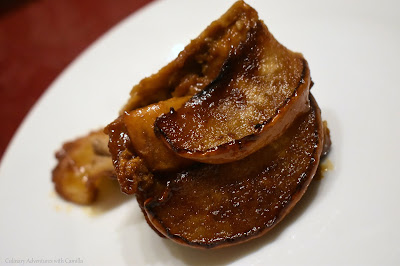 I can't wait to bake through more of the produce that I was shipped. I'm thinking about using the Winter Crunch® Grapes next. Stay tuned...