By Camilla M. Mann December 03, 2020
This is a sponsored post written by me in conjunction with the Consorzio of Prosecco Superiore DOCG.
Wine samples were provided for this post and this page may contain affiliate links 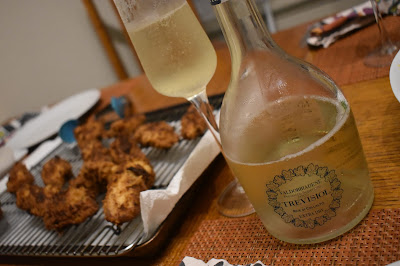 This is the perfect example of a fairly ordinary evening being turned into a celebration with the addition of an Italian sparkling wine. 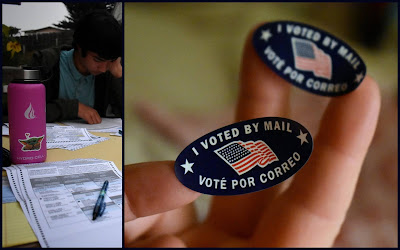 Actually, there was something to celebrate. We spent the early evening, on the day we received our mail-in ballots, outside on the patio, reading through our voters' guide, discussing pros and cons, and filling out ballots with our older son who was voting for the first time. He just turned 18 this summer and was enthusiastic about being civically engaged. It was a proud parenting moment for both me and Jake to watch R exercise his right to vote for the first time...and listen to his considerations and concerns.
Trevisiol Prosecco Superiore Valdobbiadene
“Rive di Collalto” Extra Dry 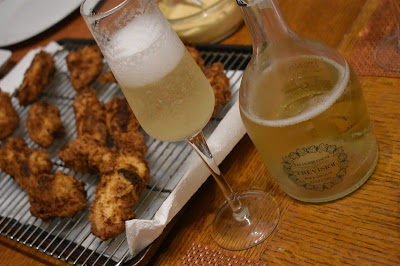 This wine, from the artisanal winery of Trevisiol, comes from the Rive di Collalto. 'Rive' refers to the steep hillsides in the Prosecco DOCG zone. Made exclusively with grapes from 60-year-old Glera grape vines, the still white wine undergoes a second fermentations via the Martinotti Method.

Decades later, in 1895, an Italian named Federico Martinotti refined Maumené’s design, still using wooden tanks but making it more adapted to commercial use. But, then, in 1907, Martinotti’s design was perfected and patented by another Frenchman, Eugène Charmat, utilizing newly available stainless steel. It's Charmat's iteration that provides the basic blueprint for production tanks today. However, the process is still referred to as the Martinotti method in Prosecco; but outside of Italy it is known as the Charmat method.

This wine was zippy and a treat. There was a sweetness of stone fruit with a hint of tropical fruit such as mango or pineapple. But that sweetness was balanced with notes of crisp apple and citrus zest. 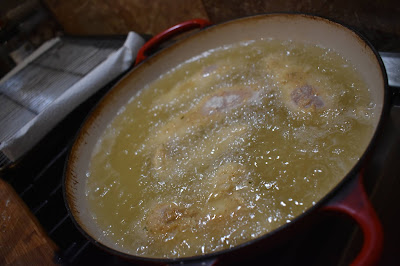 I thought the wine would pair nicely with a spicy fried chicken. And it did! This is a simple recipe that gets its flavors from a chile-based spice blend that I had in my cabinet. Most of the time I blend my own spices. But sometimes it's an easy shortcut to use someone else's.
Ingredients serves 4 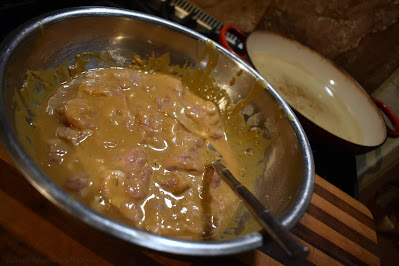 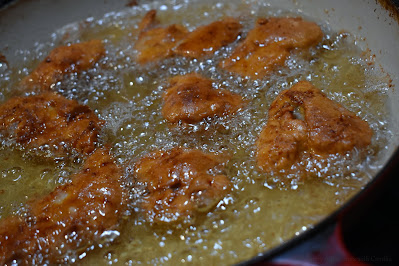 Cut the chicken into 1 inch cubes or strips.
In a large mixing bowl, whisk together the mochiko flour, wine, spice blend, and eggs until everything is a uniform color. Stir in the garlic until well-combined.
Add chicken to the sauce, making sure that everything is covered and submerged. You can refrigerate this and cook at a later time. Or you can just let it stand at room temperature while the oil heats for frying.
To cook, fill a heavy pan with about 1 inch of oil and heat over medium until the oil sputters when you add a drop of the batter. If you are using a thermometer, the temperature should be around 325 degrees Fahrenheit.
Gently lower pieces of the chicken into the hot oil. Don't crowd the pieces. Fry for 6 to 7 minutes until they are nicely browned on the bottom. Flip them over and fry for another 6 to 7 minutes. 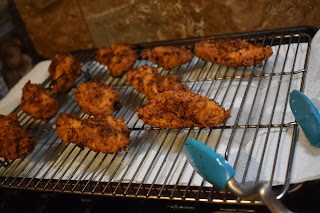 Once they are nicely crisped on both sides, remove them to a paper towel-lined wire rack to drain. Sprinkle with salt and pepper before serving.
I served this with a green salad and some homemade pickles. Cin cin!