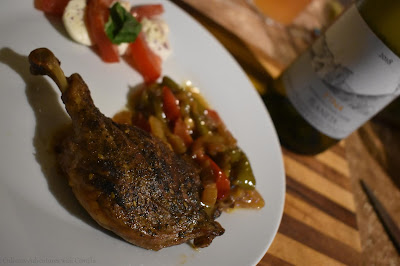 This month, Jen of Vino Travels is leading the #ItalianFWT bloggers in a discussion about volcanic wines. If you are reading this early enough, feel free to join us for a live Twitter chat on Saturday, October 3rd at 8am Pacific time. Just follow the hashtag #ItalianFWT and be sure to add that to anything you tweet so we can see it.

All of these articles will be going live between Friday, October 2nd and early on Saturday, October 3rd.

While Jake and I have been to the Etna and Vesuvius areas together - and I have been to Lipari on my own -, all of my photos from those times in our lives are on slide film. And I have yet to invest in a slide scanner. So, I'm including photos from our trip to Costa Rica when we visited Volcan Poás...just for the gratuitious volcano shot, okay?
Thinking about Jen's prompt for this month's topic, I asked myself, "So, why would proximity to a volcanic crater influence a wine? Or does it affect the wine?" I think so. For one, volcanic soils are rich in minerals, particularly calcium, iron and magnesium; those can all contribute to a wine’s minerality. And soil is certainly a component of terroir. The concept of terroir is that the specificity of place - which includes not only the soil, but also the climate, and other aspects of the vineyard that can possibly differentiate one piece of land from another - affects the flavor profile of the wine.
To Etna 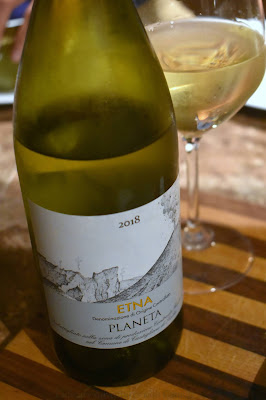 Virtually all of Sicily’s underground is composed of volcanoes of various sizes - from small and innocuous to enormous and fear-inspiring. First and most well-known is Mount Etna, on the Eastern side of the island, but there are also all the submerged or surfacing volcanoes including Isola Ferdinandea; Pantelleria; Monte Lauro; Empedocles; and all of the Aeolian Islands, including Lipari and Basiluzzo. And those almost ubiquitous volcanos have imbued the land with particular traits of colors and soil composition.

But, for this post, I am going to focus on Etna where vineyards have flourished since as far back as the 6th century BC when the ancient Greeks first colonized Sicily. Still Etna wines languished in relative obscurity until Mt. Etna received DOC status in the middle of the 20th century.

Etna’s primary grape-growing zone lies on the slopes of Mount Etna at an elevation of 3500 feet or more. Steep slopes and terraced vineyards make access difficult, so most of the cultivation and harvesting of the vines is done by hand which is both challenging and pricey. But the elevation, widespread temperature fluctuations, and volcanic nutrient-rich soil, all produce deliciously complex grapes.

And that brings me to the grapes of Etna which include some indigenous varieties. Nerello Mascalese is thought to have originated in Catania and the Minella Bianca is an elongated white grape whose name is derived from minnella which means 'breast' in the local dialect. Catarratto is the most common Sicilian grape used in white wines while Nerello Cappuccio is integra in the Etna Rosso DOC blend. 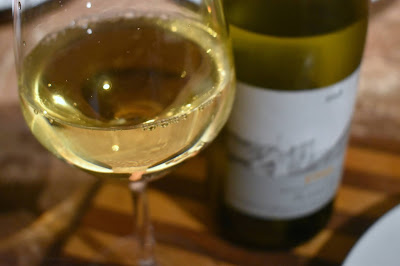 The wine I found - Planeta Etna Bianco 2018 - was available at wine.com with a suggested retail price of just under $30. It's a 100% single varietal Carricante. Carricante is an ancient white wine grape that is thought to have been cultivated on the slopes of Etna for at least a millennium. And, from what I can find, it is only grown on Etna!

This wine is produced in Planeta's Feudo di Mezzo winery, which lies in between their Sciaranuova and Montelaguardia vineyards, just to the south of Passopisciaro. The more I read about Planeta, the more impressed I was. They have been involved in agriculture in Sicily for over five centuries. And they have a passion for sustainability - not as a destination, but as a direction.

Some of their wineries across the island sound truly amazing. The winery at Noto is 'invisible', built into a natural wooded slope. The winery at Capo di Milazzo is collapsible. The lightweight structure was designed to be temporary and entirely portable so as not to damage the land. The winery at Etna is what they call the Lava Winery. Built into a 16th century lava flow, it uses lava stone in its construction to be a seamless addition to the landscape.

Though this is my first experience with Carricante, I was quickly enamored. This is a weighty white wine with a distinctly savory feel. The aromas are fragrant and are reminiscent of summer flowers and stone fruit. But on the palate the wine is decidedly more tart with flavors of passionfruit and a hint of citrus. My favorite characteristics, however, are the tang of minerality and zip of saline. 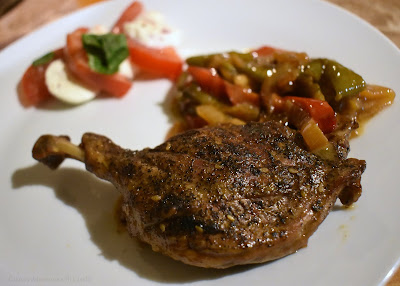 The dish with which I paired this wine was my Lapsang Souchong-Braised Duck Legs (recipe link: here). I am a nut for anything with lapsang souchong tea. Really. Its smokiness is one of my favorites. And even though "smoky" would not be a descriptor I would use for the wine, I liked the flavors with my volcanically-grown pour.
I won't be re-posting the recipe in this post as it just went live a couple of weeks ago. But here are the few process photos. And, again, click to see the full recipe - Lapsang Souchong-Braised Duck Legs. 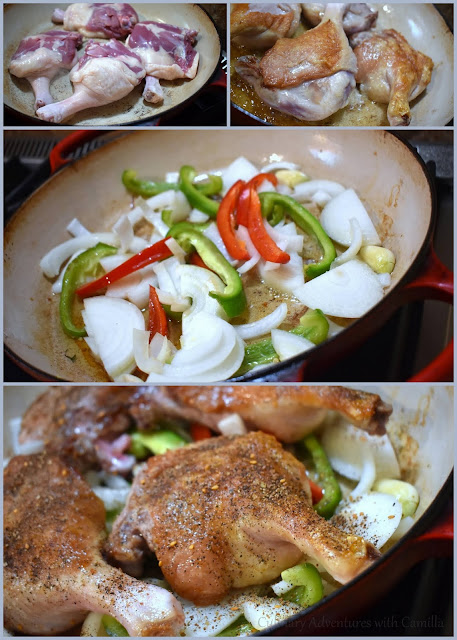 Well, that's a wrap for the October #ItalianFWT group's volcanic wines event. Next month we'll be back taking a look at Primitivo, the Godfather of Zinfandel with Gwendolyn of Wine Predator at the helm. Stay tuned for more information about that.