A Cake Flop for a Fun Read #FoodieReads 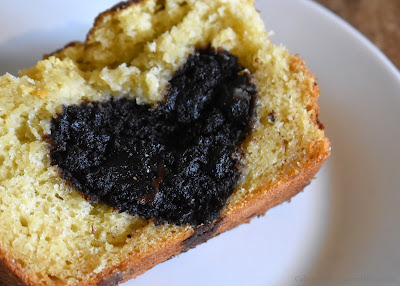 Let's start with this: There is no recipe in this post. I wanted to be able to share a Hidden Heart Loaf Cake with this book post, but I ended up with a gooey, misshapen chocolate heart in most of the slices. So, I'll skip the recipe until I can produce a cake that not only tastes good, but looks pretty!
Okay, if you're still with me, I'll be sharing my thoughts on The Lost Art of Mixing by Erica Bauermeister* and recapping how my hidden heart loaf cake completely flopped. It tasted great, but it was unevenly baked. So, I'll be trying that again soon. For now, let's talk about the book that inspired this attempt.
On the Page 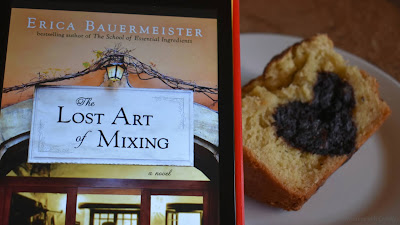 I didn't actually know that this was a sequel when I bought it. But, now that I've entered the world of Lillian and her restaurant, I will definitely be ordering that first book! This isn't a plot heavy novel; it's just a compelling series of character-driven narratives that intersect in a satisfying book.
There's Lillian, a driven chef; Tom, Lillian's widowed live-in boyfriend; Chloe, Lillian's sous-chef; Finnegan, Lillian's dishwasher and aspiring boyfriend to Chloe; Al, Lillian's accountant who is in a deadend marriage; Louise, Al's angry, suspicious wife; and, finally, Isabelle, Chloe's Alzheimer-afflicted roommate.
But the real beauty to this book is Bauermeister's lyrical prose. I am definitely a fan of her writing now. Just a few examples that illustrate how the aromas waft right off the page and why I wanted to stick my fork right into the book a few times!
"Mrs. Cohen cooked, too—beef stew that had simmered all day, pancakes that weren’t pancakes but a combination of potatoes and onions and warmth that floated through the apartment and snuck into the pockets of his coat. And something she called a kugel, its name as playful as the smell of vanilla and sugar and cinnamon that came from the oven" (pg. 11).
"Al waited a moment, and then picked up the spoon and carefully tasted the soup. It smelled good, but he wanted his first reaction to be unobserved. The taste flowed across his tongue, a mix of sea and sky, warm cream and softened onions" (pg. 30).
"She looked at the produce stalls, a row of jewels in a case, the colors more subtle in the winter, a Pantone display consisting only of greens, without the raspberries and plums of summer, the pumpkins of autumn. But if anything, the lack of variation allowed her mind to slow and settle, to see the small differences between the almost-greens and creamy whites of a cabbage and a cauliflower, to wake up the senses that had grown lazy and satisfied with the abundance of the previous eight months. Winter was a chromatic palate-cleanser, and she had always greeted it with the pleasure of a tart lemon sorbet, served in a chilled silver bowl between courses" (pg. 73).
"When Lillian was young, clementines had been a highlight of winter, the boxes arriving in stores in early December, a gastronomical equivalent of Christmas lights. Expensive, foreign, longed for throughout the rest of the year, they were something to be saved for a special occasion. She could remember the thrill of eating the first one of the season, the way her thumb would slip under the loose peel, pulling it away from the squat, juice-filled fruit inside. She would ration out the box until it was clear that mold would beat her to the rest, and then she would eat one after another until it felt as if summer ran through her veins" (pg. 78).
Such vivid images that always succeeded in making me hungry.
On the Plate
I had recently seen a process for making a "hidden" design inside a differently colored cake. And it seemed easy enough. It wasn't. Or maybe I just didn't pick the correct kinds of cake. 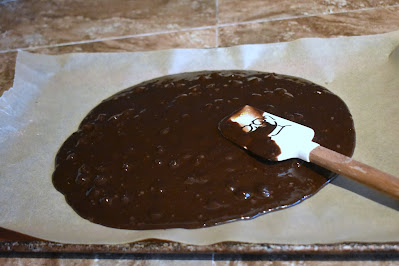 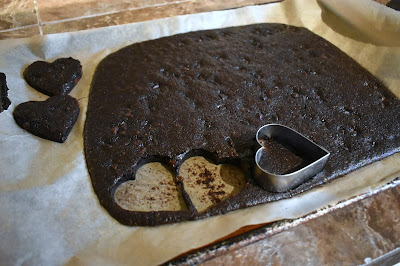 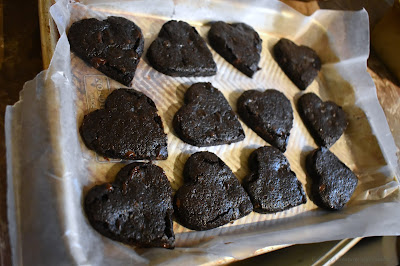 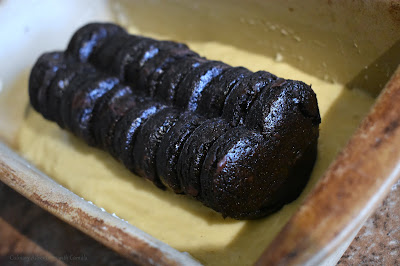 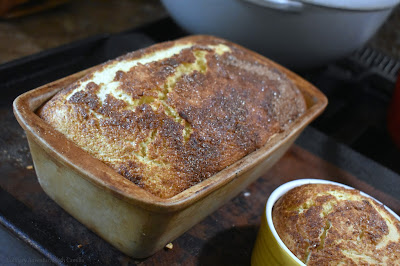 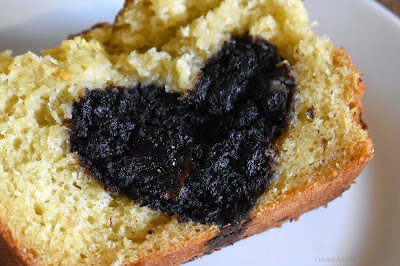 I'll try again soon! I refuse to be bested by a buttermilk brownie and a buttermilk vanilla cake.
*This blog currently has a partnership with Amazon.com in their affiliate program, which gives me a small percentage of sales if you buy a product through a link on my blog. It doesn't cost you anything more. If you are uncomfortable with this, feel free to go directly to Amazon.com and search for the item of your choice.

Click to see what everyone else read in October 2020: here.