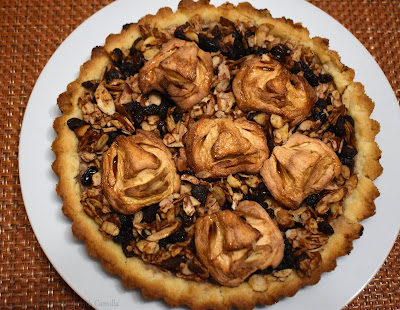 Simply Inspired Meals is hosting this month's Food'N'Flix; she has asked us to watch Halloween movies - anything Halloween related - and be inspired into the kitchen. Read her invitation here.

On the Screen
Kelley was gracious enough to give us a starting point on movies to watch, including...

We had watched a few that never inspired posts before. And I had already watched and blogged about several of them. 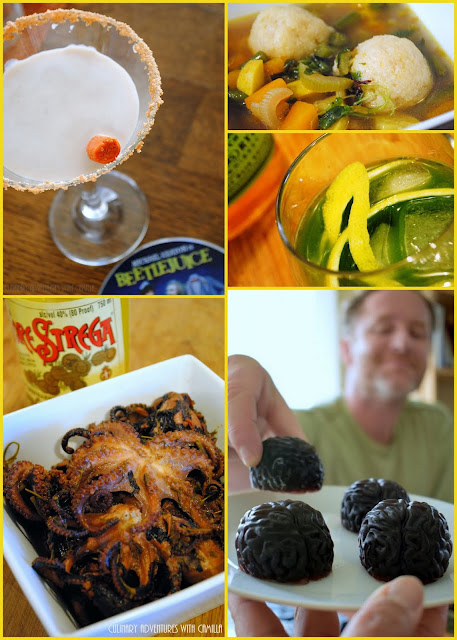 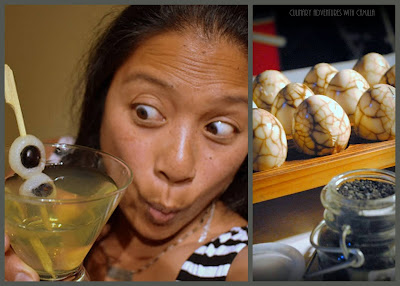 And not for Food'N'Flix, but I have also shared a Creepy Eyeball Martini and Cobweb Eggs.
So, I asked the boys for suggestions of 'scary' movies that would fit into this theme. They both remembered that the Indiana Jones movies scared them quite a bit when they were little. We dug out the DVDs and settled in for a marathon of archaeological mayhem.
These aren't exactly Halloween movies, but there are human sacrifices, feasting on monkey brains and other exotics, and - what inspired this post - shrunken heads. Or rather one shrunken head when Walter Donovan drinks from the cup that Elsa selects for him. He thinks it's the Holy Grail and will grant him eternal life. The reality is quite the opposite. See the scene below...
So, I thought back to the Shrunken Head Cider I served in 2014. Sadly, I had to carve the heads all by myself because Jake was busy. And I'm not nearly as artistic as my husband, but my apple-head carving skills would have to suffice.
Ingredients makes one 9" tart 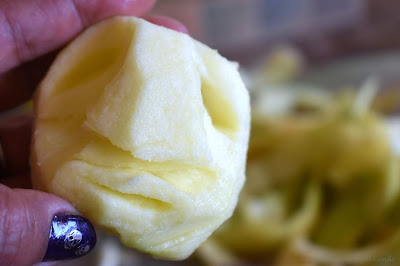 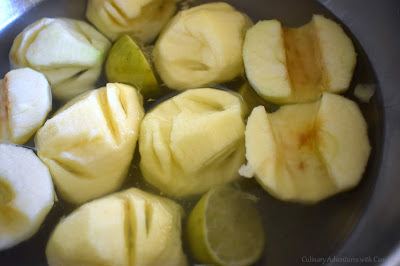 Shrunken Heads
Prepare a bowl with water and lime juice. Core apples and peel. Slice them in half. Carve the faces in each apple, then drop in the water bath. They don't need to be perfect. Remember you're baking them and they will shriveled. So, imperfect is perfect!

Preheat oven to 225 degrees Fahrenheit. Pat apples dry and place them on a wire rack over a baking sheet. Bake for 2 to 3 hours - until apples are starting to shrivel. They should be shriveled yet still soft inside, yet not hard and dry. 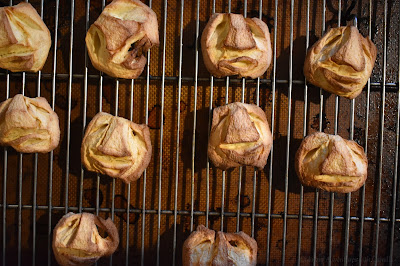 Remove the shrunken apple heads from oven. Increase the oven temperature to 350 degrees.

Tart Crust
Preheat oven to 350 degrees Fahrenheit. In a large mixing bowl, mix the flour, powdered sugar, and salt together; rub in the butter until the mixture resembles coarse breadcrumbs. Alternatively stir in water and Calvados until the mixture forms a ball. Press gently into a tart pan. Prick crust with a fork to prevent bubbling. Parbake until a light golden brown, approximately 10 to 15 minutes. Remove the crust from the oven and let cool slightly.

Filling
Blend almond, raisins, butter, and cinnamon together in a mixing bowl. Spoon the mixture into the parbaked pie crust. Nestle the shrunken heads into the nut mixture.

Drizzle the entire tart with maple syrup and lime juice. Place in the oven and bake for 15 to 17 minutes. 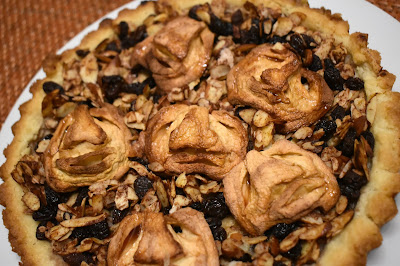 Remove the tart from the oven and let cook until you can remove the side of the tart and place it on a serving platter. 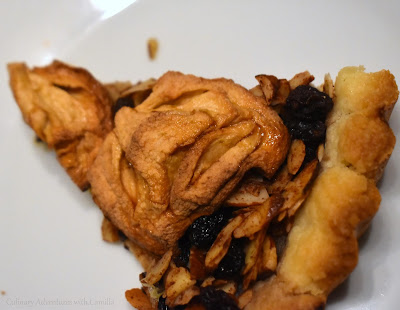 Serve warm with a scoop of vanilla ice cream. Happy Halloween...or any other occasion for which you want to celebrate with shrunken heads!
*This blog currently has a partnership with Amazon.com in their affiliate program, which gives me a small percentage of sales if you buy a product through a link on my blog. It doesn't cost you anything more. If you are uncomfortable with this, feel free to go directly to Amazon.com and search for the item of your choice.