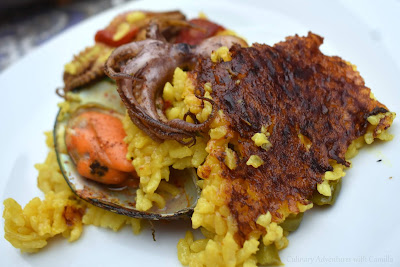 If you follow my posts, you might recall that I picked up a bottle from the wrong side of the Pyrenees. Actually, I picked up more than one! So, here's my second bottle of wine from the Spanish Basque region that I can't use for the French Basque post coming up next month. Oh, well. You get to hear about it early. 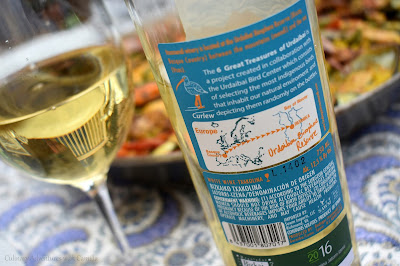 I picked up a bottle of Itsasmendi Txakoli 2016 which hails from Bodegas Itsasmendi - Basque for 'Sea and Mountain' - in the Basque DO of Bizkaiko Txakolina overlooking the Bay of Biscay, not far from the city of Bilbao. Itsasmendi’s winery and a large portion of their vineyard have been located in the UNESCO-declared Biosphere Reserve of Urdaibai which was designated in 2002. As a Biosphere Reserve, Urdaibai is one of nearly 600 unique ecosystems across the globe devoted to sustainable development and a balanced relationship between humans and nature. Certified in sustainable viticulture by eco-friendly tourism organization, Turdaibai, Itsasmendi's owners embrace natural farming techniques that are employed throughout the entire Biosphere Reserve network.

To the eye, this wine is a bright golden straw color. On the nose, warm tropical scents of pineapple and mango persist. But on the palate, it has a lighter touch of summer stone fruit balanced with herbaceous note and a slightly bitter finish. 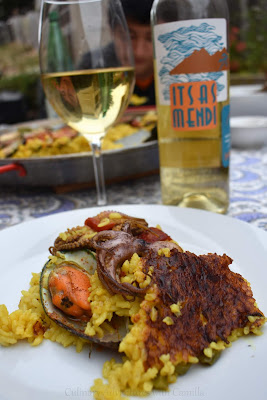 +Juan used this and they brought some back from Spain for me, so I use it. But, in a pinch, you can add a blend of paprika, pepper, and clove to the pot. These packets also include a food coloring that makes regular paella a rich golden color. 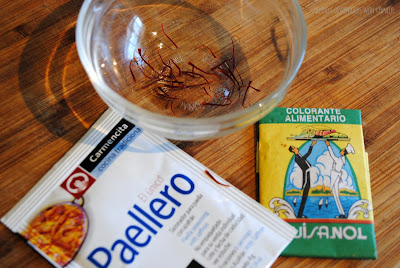 Peel and dice the onions. Deseed and thinly slice the bell peppers. Slice the roasted peppers to the same width. 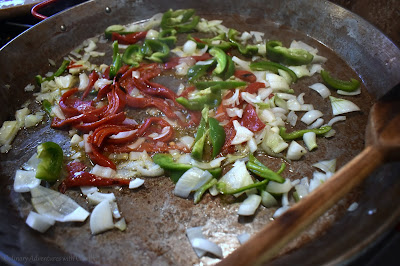 Heat olive oil in the paella pan. Cook the chicken through. Stir in the garlic. Add onions and bell peppers. Sauté until the onion is softened and translucent. Add in the tomatoes and cook until they have lost their shape slightly, approximately 6 to 7 minutes.

Sprinkle the seasoning packet into the pot and add the saffron to the side so it's not where the heat is most concentrated.

Tip in the rice. Nestle the octopus and mussels into the bed of rice. Pour in the stock. At this point, do not stir. Gently shake the pan to distribute the rice and seafood evenly. But do not stir. Ever. As Juan instructed me: "This is not risotto." 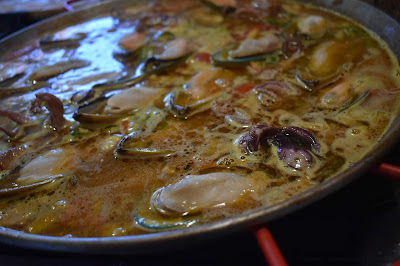 Bring the pan to a boil, then turn down to a simmer. Watch the pan and keep turning it so that the rice cooks evenly. As it cooks, the stock will be fully absorbed.

You will see fewer and fewer bubbles popping up through the top. When it is completely dry, it's done. The rice should also be crackling. It reminds me of rice krispies. Snap, crackle, and pop!

When you no longer see any bubbles, remove the pan from the heat. Tent it with foil and let it steam for 10 minutes. 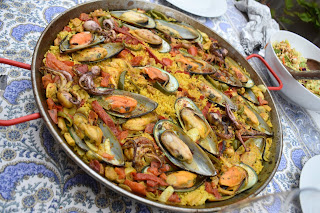 To serve, use a flat spatula to scrape the soccarat from the bottom. 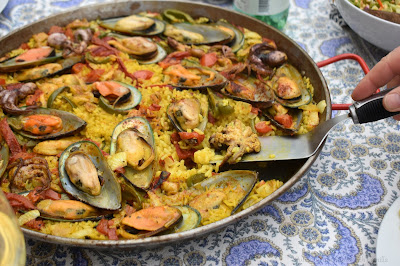 Invert the scoop onto the individual plates to show off your soccarat, that delicious, crusty goodness on the bottom of the pan! 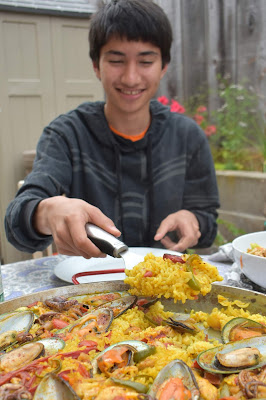