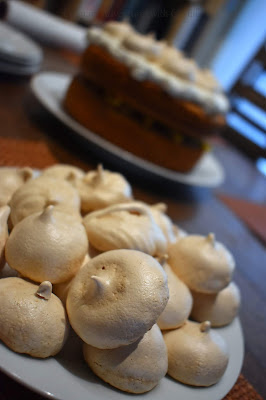 Today Sue of Palatable Pastime asked the Baking Bloggers to share and create "dessert recipes of Central America and South America, from Mexico south to Argentina and all points between. The only requirement is that baking be performed somewhere in the recipe and that it is a dessert."

After doing some research, I signed up to make Chajá, a meringue cake from Uruguay. It seemed there were countless variations of the cake. All included a sponge cake, dulce de leche, whipped cream, and meringues. But those elements were put together in more than a handful of ways. In one, the entire cake was enveloped in a cloud of whipped cream that looked like an albino Baked Alaska; in another, the meringues were crushed and adhered to the whipped cream like sprinkles. 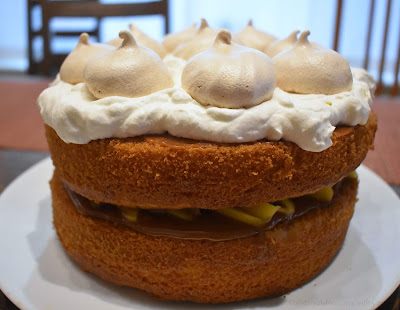 In yet another whole meringues were positioned on top like a crown. That's the look I went for and served the Chajá as our 4th of July dessert. 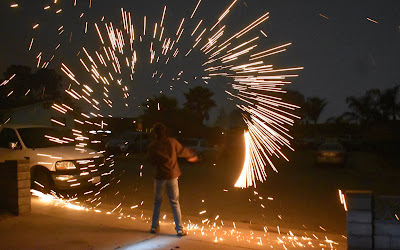 We ate it after we goofed off with our (mostly) safe and sane fireworks and my patriotic photo props. 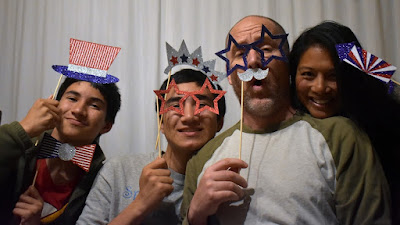 As to why the title is "Chajá (in Need of Revision)"...my cake was not a hit. Comments included that the cake layers were too thick, that the whipped cream was too thin, that the mango added a strange texture, and on and on. So, I will be redoing that cake and incorporating all of their crititques. For now, we are going back to a cake from Argentina that has been a family favorite for years. But, first... 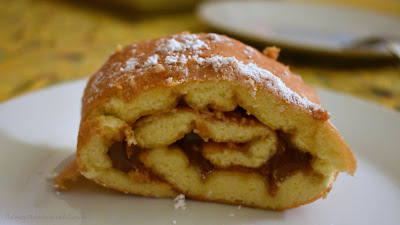 This is a cake that my Precise Kitchen Elf loves to make because he loves anything with dulce de leche. Well, actually, that's a lie. He didn't like my Chajá, after all! I'm not sure where he got this recipe, but this is what he handed me when I said that I needed to write down his recipe. And it's so easy that when I asked if he could whip it up to save my hide from the aforementioned failure, he did it immediately. Muchas gracias, R! 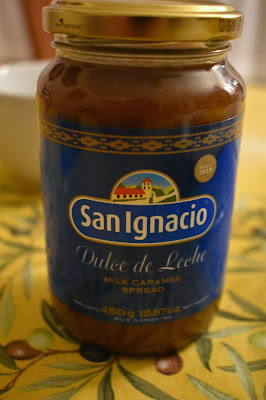 Initially he had asked for ingredients to make the dulce de leche - and he's done that before - but we were low on time and I saw this jar at Whole Foods. From Argentina. He agreed to use that.

One of the things I have loved about cooking from other countries is learning different cooking techniques. This one included rolling the sponge cake while warm, letting it cool, then filling it. Genius. I will never do it differently. 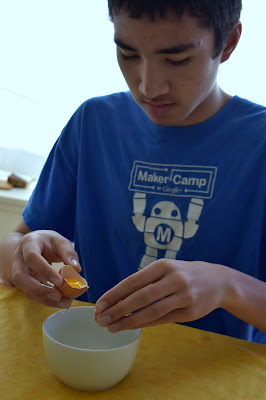 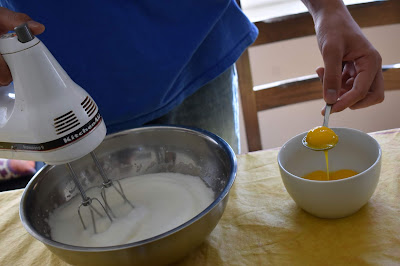 Place egg whites in a large mixing bowl and beat until soft peaks form. Add the egg yolks one at the time until well-combined.

Add the flour, vanilla, and sugar. Mix until those are incorporated evenly. 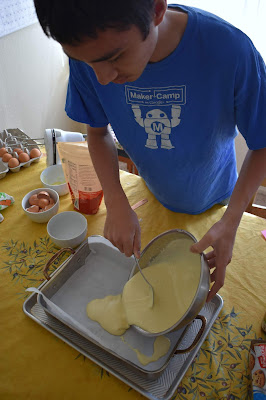 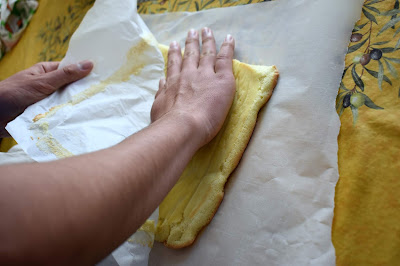 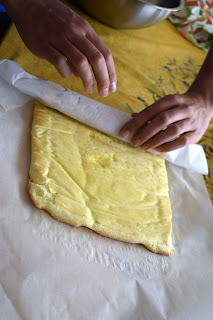 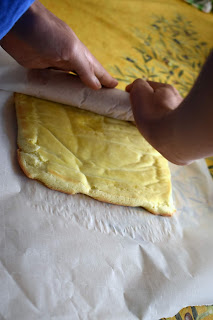 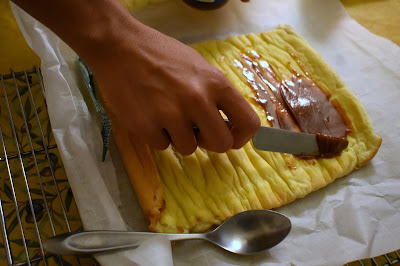 Just before serving, unroll and remove the paper. Spread the dulce de leche and sprinkle coconut flakes over the cake. Roll the cake up again and place on a serving platter.  Dust with powdered sugar and serve immediately. 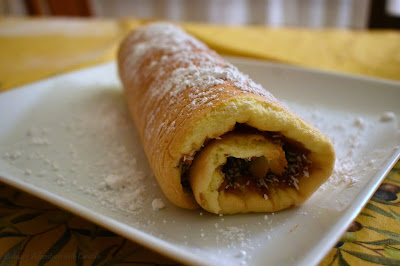 I haven't seen the event listed for August, so I'm not sure what deliciousness awaits you. But stay tuned!