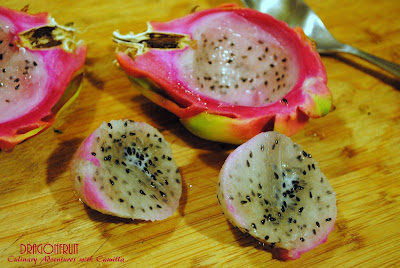 When it comes to fruits and vegetables, we embrace the sentiment 'the funkier, the better.' Case in point: the dragonfruit. When I saw them being shipped from Goodland Organics just south of us, I ordered several...along with some caviar limes.

Dragon fruit, also known as 'pitaya', is native to tropical parts of Southeast Asia, Mexico, South and Central America. On the plant, its dramatic and aromatic flower opens after dark and is known as the 'Queen of the Night'. The flesh is comparable to a kiwi or a pear, though I don't think it shares the sweetness, just the texture.

Now, about the post title, they aren't a new-to-me fruit, but I figured they might be new to some of my readers. This is what they looked like in the box... 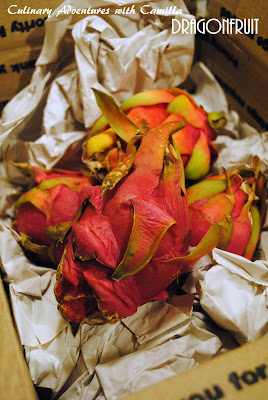 This is what they look like when you slice them open. The seeds are haphazardly distributed throughout the milky flesh. We talked about how they look like kiwis, but even kiwi seeds have a pattern. 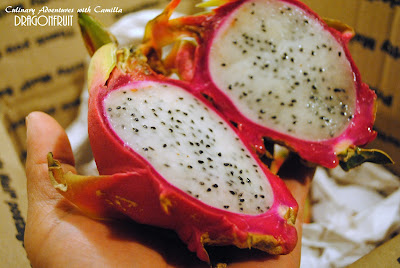 This is how I prepped them. Slice them in half lengthwise. Scoop out the white flesh. Compost the pink. I wonder if there's a way to use the pink part...it's so vibrant and pretty! 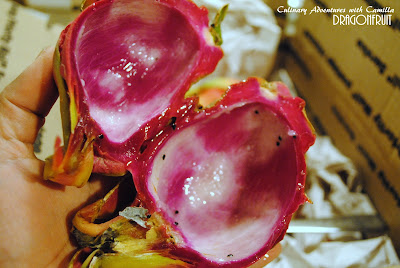 You'll see these in a recipe later today. Maybe two.


Have you ever tried dragonfruit? How did you eat it?